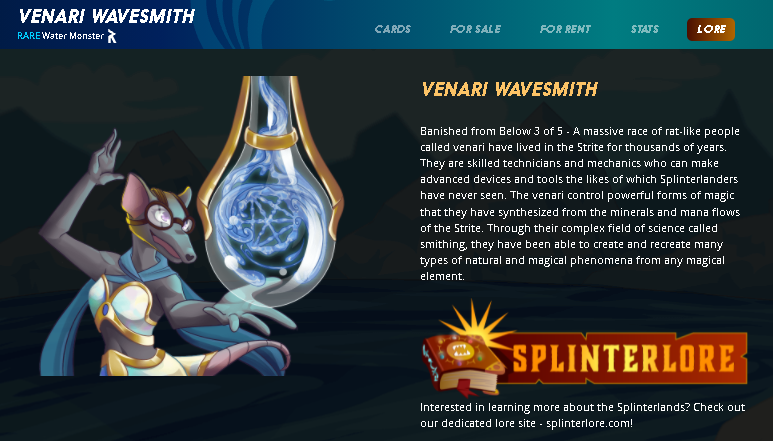 Venari Wavesmith deserves the Splinterlands MVP award. She is like the "Rookie of the Year" in the NBA. She owns almost any foe in the Bronze and some in the Silver League. If you want to own a LVL 1 of this card, please grab now before its too late. I already bought mine yesterday and cost around 330 DEC. As of this writing, the lowest price of this card is about 2$. 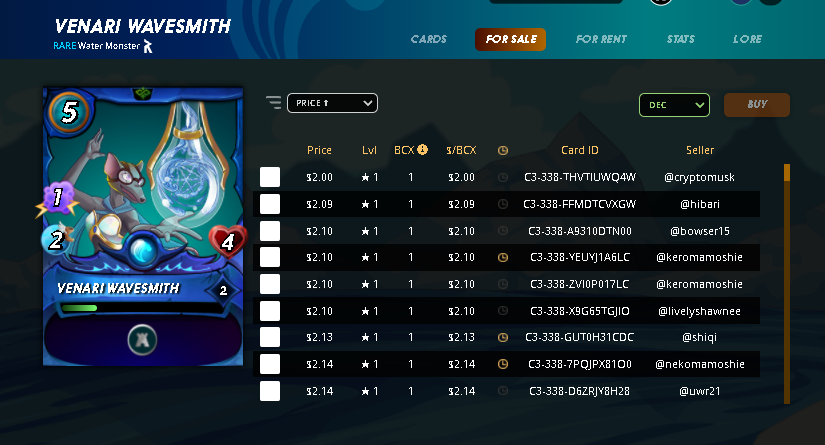 This price is very cheap and will help you to get to Silver League with no sweat. It is worth the price. Who knows in the future if the price will hike. So grab one now and add it to your collection especially in the next update, Everyone will try to reach Silver League due to reward changes. 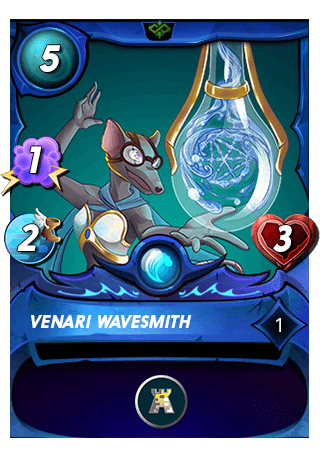 Venari Wavesmith's ability is just too OP in Bronze League. Her ability gives all your friendly monsters +2 armor. It is a great help for your fragile magic monsters against sneak, snipe and oppurtunity attacks. He has 3 HP and +2 armor from his ability for longer survivality. He cost 5 mana to summon but that 5 mana will be worth it. If you tried playing with Venari Smith in your lineup at Bronze league against any physical attackers, you are almost unbeatable.

GAMEPLAY:
My rented card. Recommended when using Venari Wavesmith. If you have budget for this lineup, then just buy them and get enough power and you will reach Silver League with ease. 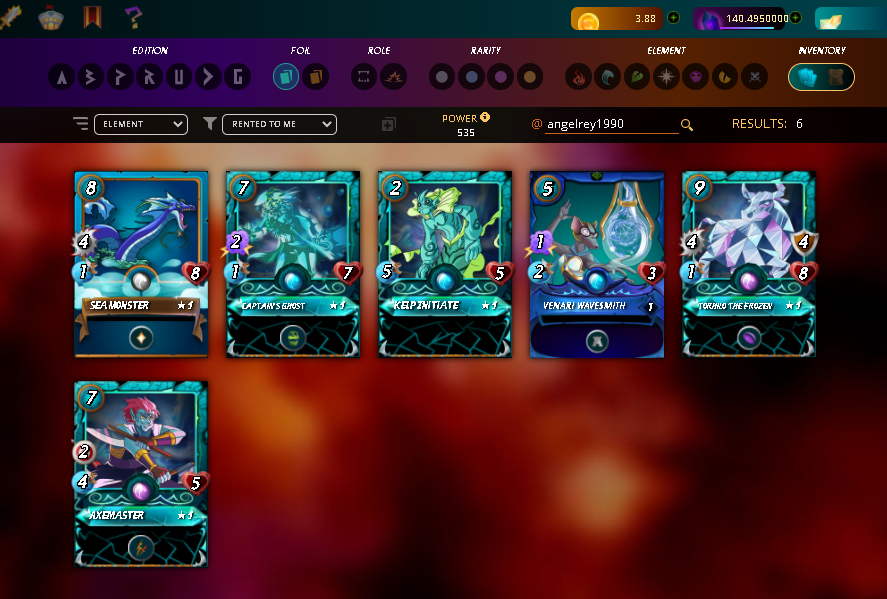 Mostly in low mana cap battles, I used Kelp Initiate as a tank, has high HP and only cost 2 mana. Convenient for that low mana cap as a tank. High Survavility and more mana spare for additional monsters.

If fought against magic type monsters, I used Torhilo the Frozen.
If battles with high mana cap, I include Sea Monster and Captain Ghost.

Position Venari Wavesmith 2nd to the last position to properly defend him against sneak attack and also don't put him in 2nd position to prevent from being targeted from snipe attacks so she will survive longer and utilized his ability till the end.

If this lineup fought against physical attacking monster, that would be a one sided match. You will own them most of the time.

Here is the sample lineup against Death Splinter. Totally one sided match. I only lost 1 monster against this lineup. 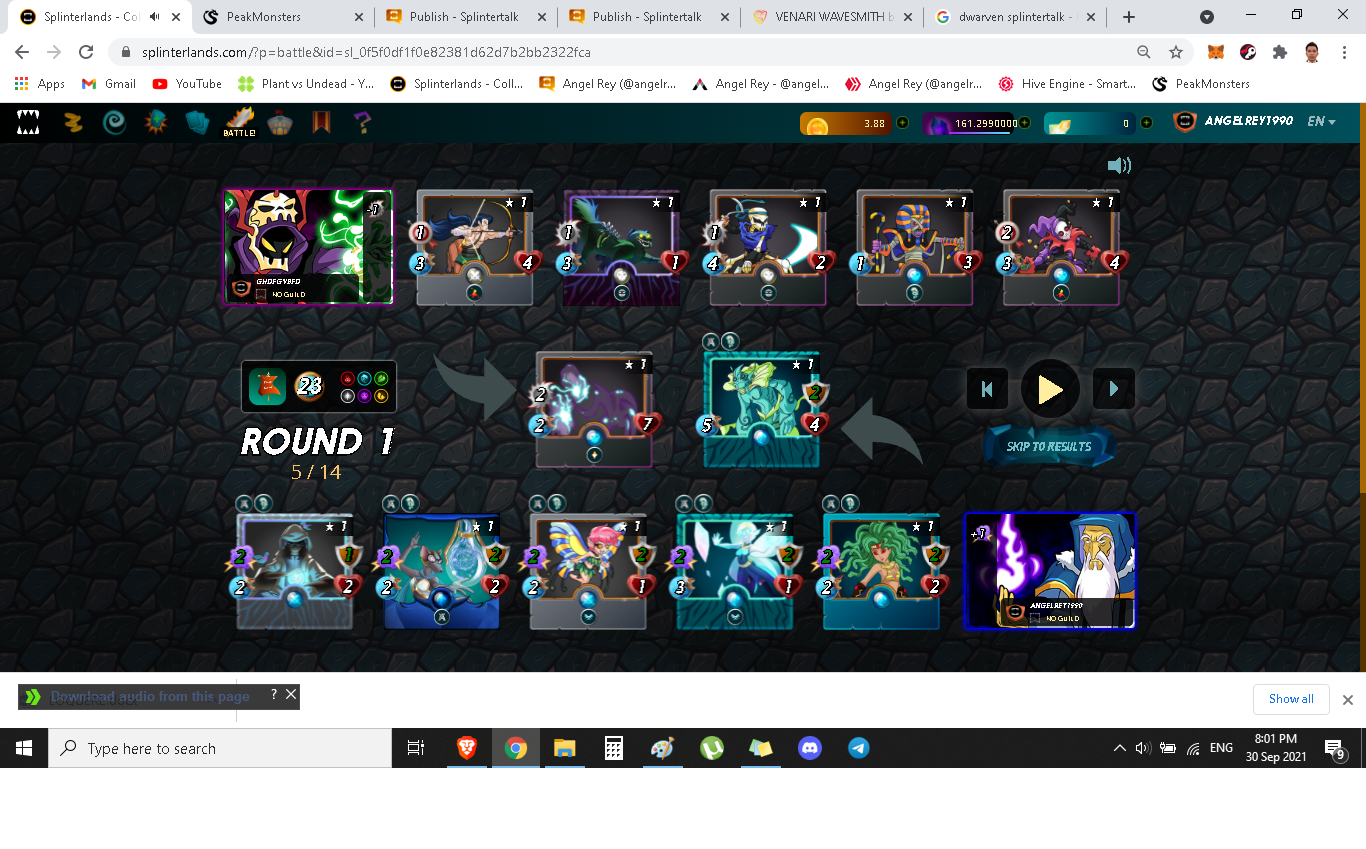 Final thoughts, play and try the game so you can experience the game because experience is the best teacher. You will learn gradually about positioning of monster and selection of additional monster aside from the monster shown above. So, play splinterlands and do get experience and feel the thrill of this addictive game.