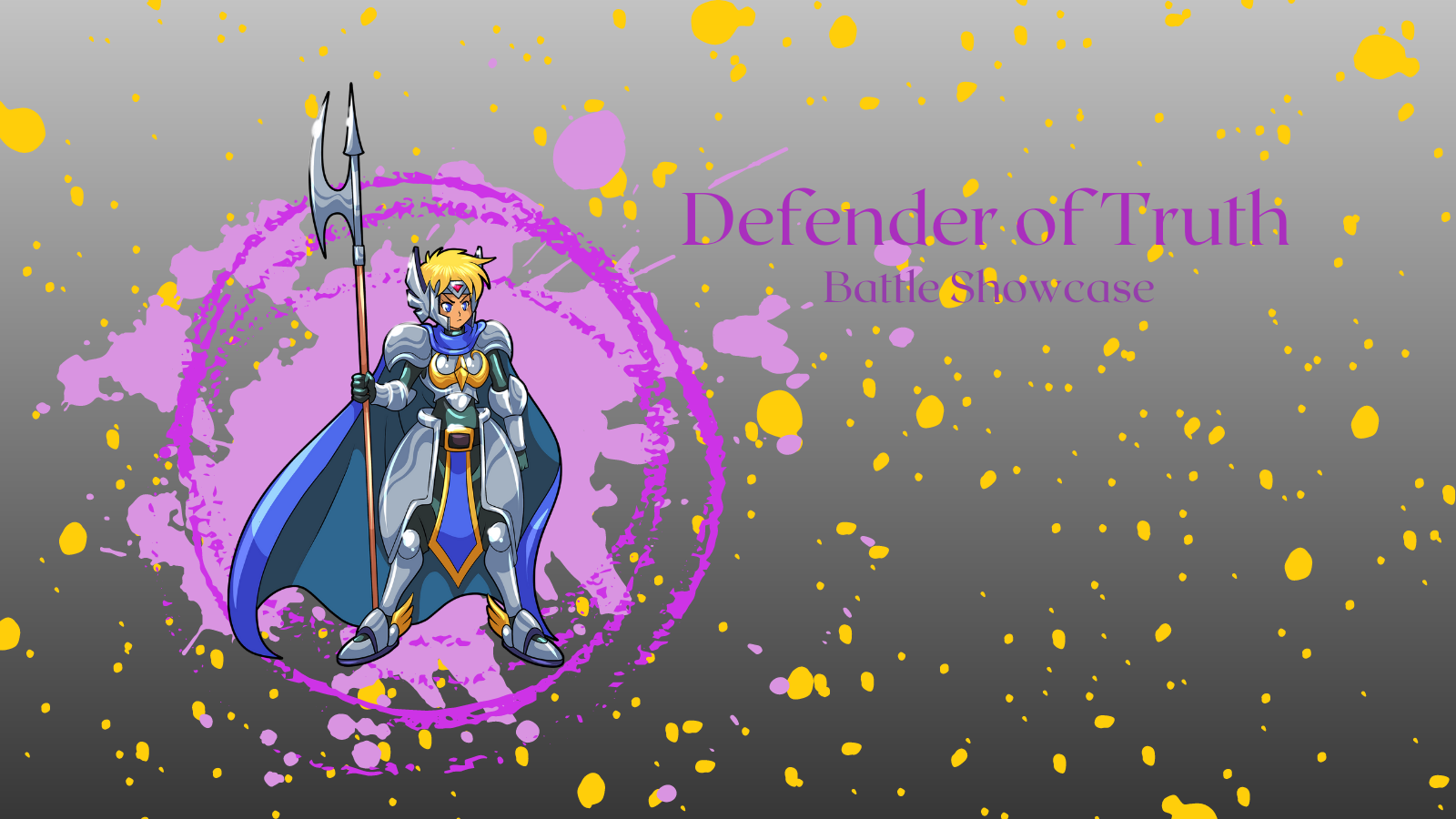 Showing off the Defender of Truth in Silver League Rules Our ruleset for this battle was equilzier, I always try to run very low HP monsters. I chose 3 monsters with 3 health, and Chanseus as my summoner.

The protect ability by the Defender of Truth give even more armor all around for my summoner and the Lone Boatman to fix up!

My opponent really liked playing magic, and normally armor is not something you want against a magic team, but the Chain Spinner laughs at that with his void armor!

We are going to want our Chain Spinner fron and center to take most of the heat, using that void armor to our advantage and hoping that Chain Spinner will get revived, because he will come back with all the armor!
I like to stick the Lone Boatman in the back because he can keep fixing himself up when he gets hit by sneakers.
Defender of Truth went in the snipe spot because I wanted to preseve the armor buff as much as I can.

We didn't have nearly as high as a damage output as our opponent, but with a large sum of armor and enough time we took a victory with our entire team still alive!

My strategy of blocking magic damage with tons of armor worked out perfectly, the Defender of Truth is always a card I do not want to see on the other side, but on my team I will gladly have them come armor my guys up!

Defender of Truth continues to be near the top of my must buy list, but with Chaos around the corner it's hard for me to pull the trigger! I promise this is something I will get someday. :)