Another week, another few more exciting battles on #splinterlands 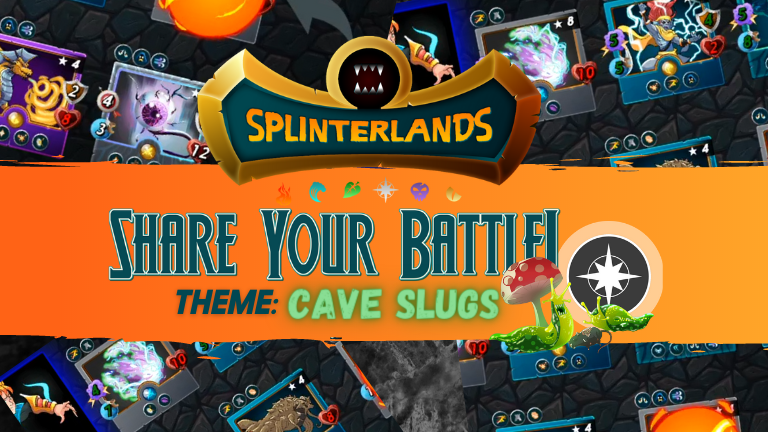 This week features a monster from Life splinter, Cave Slug, a card that doesn't exactly fit life theme because they are clearly scavengers. Cave Slug is one of those cards that I don't use a lot and it is only at level 1. Seeing how I'm in Gold 2 right now, using this card won't get me anywhere no matter how good my tactics are, which aren't actually very good to begin with. So I'm making this alternative post instead, with the grand entrance of the latest edition to my collection: Aganju.

Apparently the card links won't work for Dice cards, so I have to put a screenshot here instead. Anyway, I managed to buy some Dice packs before the last airdrop, enough to be guaranteed this guy. Aganju is a 1 mana card with mostly low stats except for his speed, so he won't see much use in high mana battles. And as someone else on hive.blog pointed out, he doesn't have much fighting power, so if you didn't get him, no big deal. That said, in some matches, he can be a nice alternative to the Creeping Ooze.

Despite his limited use, Aganju is quite costly, sitting at $46 right now, second among the 1-mana legendary cards only to Epona. With his uniqueness, this card is expected to continue to rise in price in the next months. Personally, I really like this card for its design, if nothing else. It seems that Splinterlands cards diverse widely in art style, and it's getting better with later editions.

Anyway, let's get to the battle with Aganju. You can watch the full match here.

This is a 26-mana match with Equalizer, so I spammed it with low cost monsters with Yodin Zaku as summoner. As with most battle with Fire splinter, I have Living Lava as tank. With his high health and Shield, he can survive long enough for his allies to deal damage. Additionally, he can also deal a lot of damage on his own.

My back line's composed of Grenadier and Spark Pixies. Both are cheap range attackers with high speed and great damage. Serpentine Spy is also great for this kind of battle, except he can't get damage boost from Yodin.

Creeping Ooze is important here. Even with equalizer, it's still essential for my monsters to attack first and destroy their enemies before they get to the range attackers. It seems that for Fire splinter, speed is just as important as damage.

And with 1 mana left, I put Aganju behind Living Lava. With Equalizer and Yodin, the insignificant 1-mana cost Aganju suddenly becomes a beefy attacker who can attack from the second position that can deal 2 damage per round.

As soon as the battle starts, Spark Pixies attacks Sea Monster, following by Serpentine Spy, Grenadier, and Aganju. Sea Monster dies before it can take any turn, proving how important speed is. Ice Pixie's also suffered substantial damage before it takes the first position. 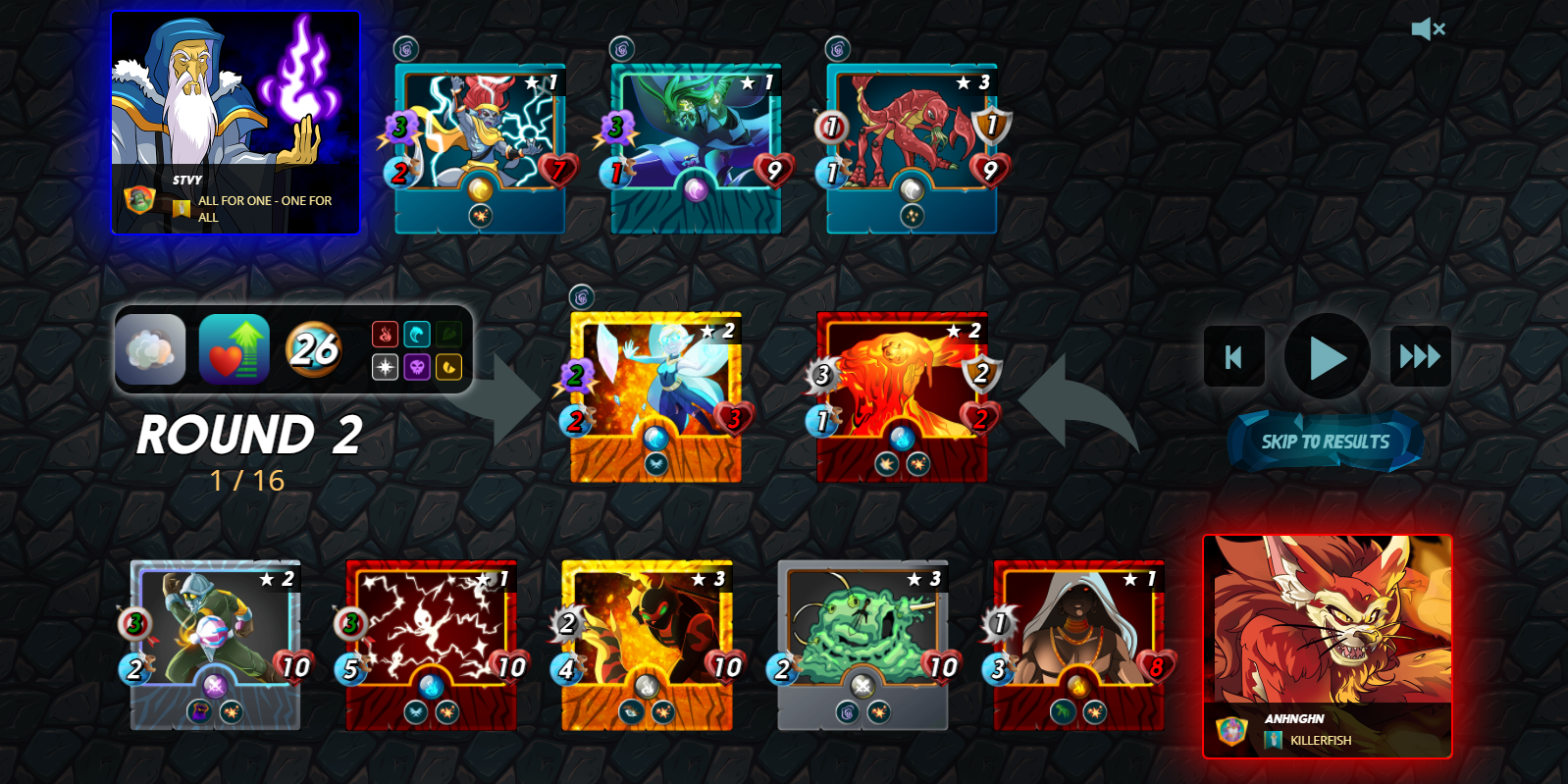 Into round 2, even with Crustacean King's healing, Ice Pixie dies quickly. However, my Lave also gets melted by opposing magic, leaving the baton to Aganju.

At the beginning of round 3, Coral Wraith deals a bit damage to Aganju before getting killed, leaving Crustacean King a sitting duck for slaughtering. The battle is pretty much over then.

It seems to be a right thing that I decided to do an alternative challenge with Aganju instead of the slug, as I'm sure that I wouldn't have a battle half as exciting. I hope next week's challenge will see a card of my interest which I can confidently use in battles.