@athunderstruck 65
about 2 months ago (Edited)
Splinterlands 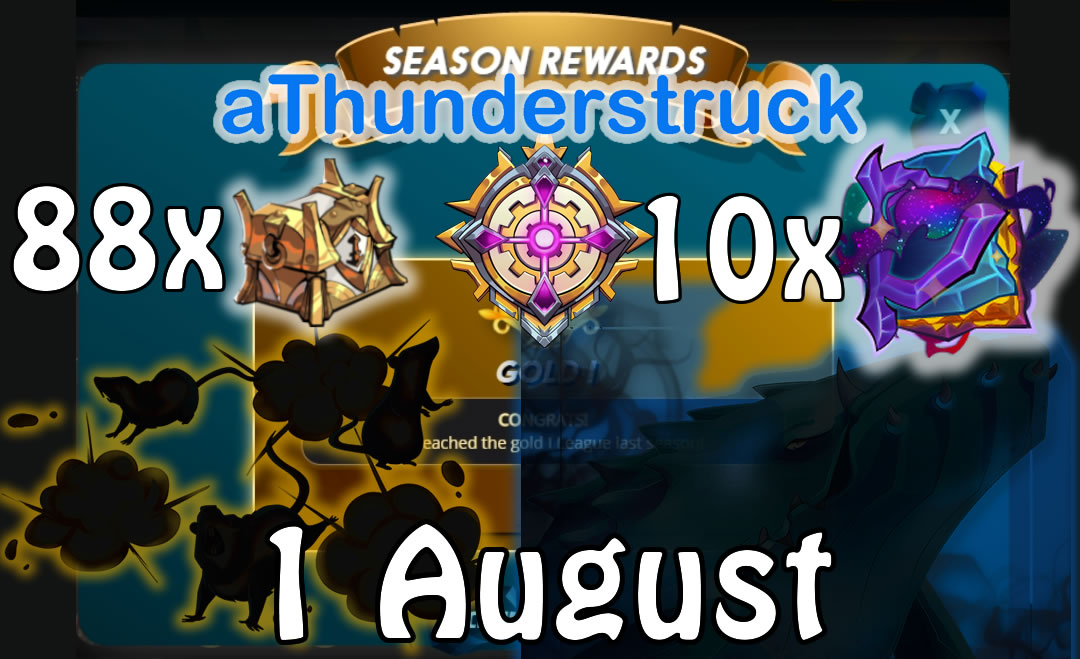 Ahoy! On August 1st the latest season in Splinterlands ended. I recorded the video while claiming my End of Season loot chests yesterday, on August 1s,t and opening some Chaos Legion Packs as well. I made the thumbnail today and uploaded the video as well now.

This season lasted a bit longer than usual, so I spent a bit longer in silver but also some more time in gold league as well.

Most of my battles were played in the wild format, I even made it to like 10th or 11th place on the silver leaderboards at some point. But at that point the season was only half done, and I didn't feel like continuing to grind that until the end of the season. So halfway through the season I moved on to gold and player there.

I've also played a bit in the modern format, but not as much. I stayed in silver there.

After refreshing the page to claim my End of Season reward chests, the pop-up disappeared so the number isn't show there. But there are 17 rows of rewards and 3 more at the bottom. In the overview image of the rewards you can see that the number of chests was 88. 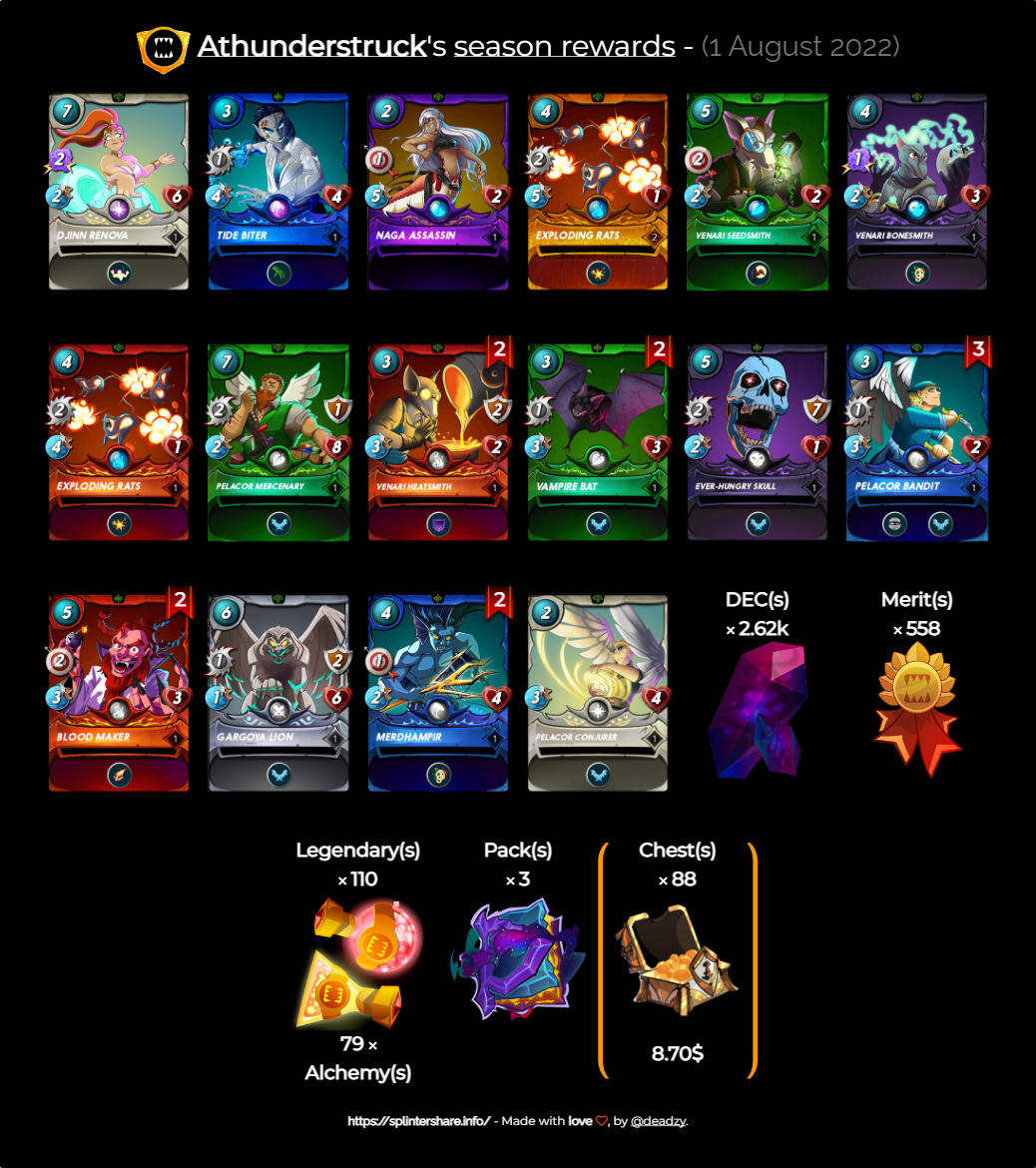 So many potions now thanks to those changes of being able to get multiple potions from loot chests in higher tiers! Also a decent amount of Rare and two Epic Reward Cards. With one Rare Card being Gold Foil, awesome!

I had 3 Chaos Legion Packs from my End of Season Rewards, and saved 4 that I got from Daily Focus throughout the season. To open them up I decided to round it up to 10. The SPS Airdrop has ended, so there is no need to keep the packs for airdrop points. But I don't want to open all of them right now, because if I keep some then they'll also have a chance to contain the future Legendary Airrdop Summoners if I open them after they come out.

Alright, time to open up those 10 Chaos Legion Packs. I'll leave out the Common Cards like last time so the list isn't too big. Well except for one!

Because I did get a Gold Foil Antoid Platoon! So there you I did want to include that Gold Foil Common here.

I got 11 Rare Cards, 1 Epic and 1 Legendary. That's quite good! And also really awesome with the Baakjira, because that's my first time getting it from opening a Chaos Legion Pack! I've already played against it so often, and it can be annoying to beat at times because it's a good tank. Now I can try using it more myself, as I won't have to rent one to play it anymore! Looking forward to use it more regularly.

Greetings,
Your rewards are so attractive. Thank you
Pool staking is a great opportunity to stabilize prices inside the Splinterlands economic arena.
Peace

You got the deadzy, splintershare to work ? I had trouble with it last week, nice rewards. I was able to get 66 chests last season, your tip about level 2 summoners and cards definitely helped.
!CTP
!PIZZA
!LOL


It is raining so hard we may need an Ark
Luckily I Noah guy.
Credit: happyme
@athunderstruck, I sent you an $LOLZ on behalf of @new.things
Are You Ready for some $FUN? Learn about LOLZ's new FUN tribe!
(8/8)
0
0
0.000
Reply

Yeah! Hmm, I haven't had trouble with it. Did you try to use it again and see if it works well for you now?
Thanks!
Ooh that's also a great amount of loot chests, did you get something good?
I'm glad to hear my tip has helped you out 😄
!LOL


A boy in school put his report card on the ceiling
He needed to get his grades up
Credit: reddit
@new.things, I sent you an $LOLZ on behalf of @athunderstruck
Are You Ready for some $FUN? Learn about LOLZ's new FUN tribe!
(1/1)
0
0
0.000
Reply