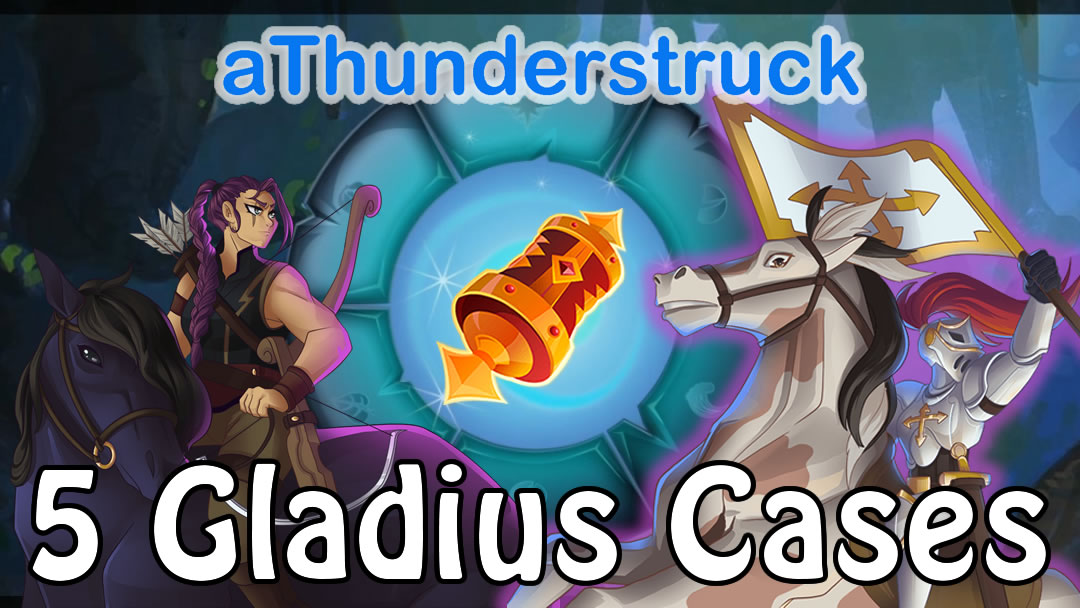 thumbnail image in case my edit messes it up

Ahoy! I decided to open some more Gladius Cases before the next brawl would start, to see if there would by any chance be a Gold Foil Gladiator that I could try out. I'm playing in a Gold Foil only fray, so I can only use Gold Foil Gladiators when I'm creating a team for my brawl battles.

For this video I am opening 5 Gladius Cases. Last week Merits have been added to the Loot Chests for Daily focus and End of Season rewards. So far in my silver league loot chests I've gotten just above 10 Merits per daily focus on average. I finished one Daily Focus in gold league, and that one gave me 14 Merits. This is not much, and of course it doesn't have to be because otherwise Gladiators might become too easy to come by. Especially since Brawls aren't the only source for Merits now. It just means that for now, I might go back to opening 5 Gladius Cases at a time instead of 10. I'll see how many Merits I get at the End of Season. Perhaps I'll do 5 Gladius Cases regularly and sometimes still do 10.

Alright, so let's start off with opening these 5 Gladius Cases!

I open them, and see exactly 3 rows of 5 cards. That's 15 cards to flip over, out of 25 total cards, so it seems there will be quite some duplicates.

In these Gladius Cases I find:

First I find 2 Chimney Wallstop, followed by 1 Witch of Warwick. Then back to a duplicate as I find 2 Isgald Vorst, 1 Betrol Gobson and 2 Rare Relenor Cleaver.

The second row starts off with two different rares being Ajax Lightfoot and Captain Katie. Then 3 Krash Wanderford, which seems to be the most duplicates of one card in these packs. I finish revealing the second row with double duplicates as I find 2 Rare Liza Fox and 2 Whistling Damon.

Let's move to the final row. The first card I flip over is 3 of Alva the Crusher, so this amount is equal to the Krash Wanderford from earlier. Then a Katrelba Gobson, 2 Helmet Kharafax and a Hugo Strongsword. Strong being in the name of Hugo Strongsword, I finish the revealing of these cards quite strong, as the last card to reveal is an Epic! This Epic turns out to be Marisol Contuma.

Here are the stats for Marisol Contuma at level 1. 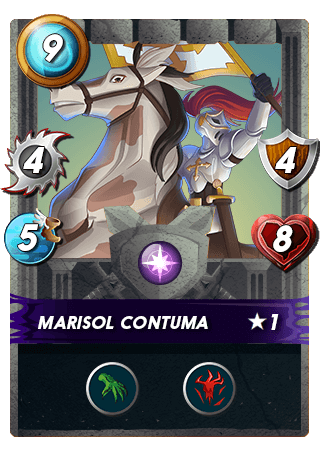 This Epic Gladiator is for the Life Splinter. So far I haven't really been able to use it because I mostly play in the Gold Foil Frays and I don't have a Gold Foil version of this card yet, of any Epic Gladiator in fact.

My Marisol Contuma is already at level 2 (it already was before I obtained this one from the opening), and at level 2 it gains 1 Attack to go from 4 Attack to 5 Attack. Here is what it looks like at level 2. 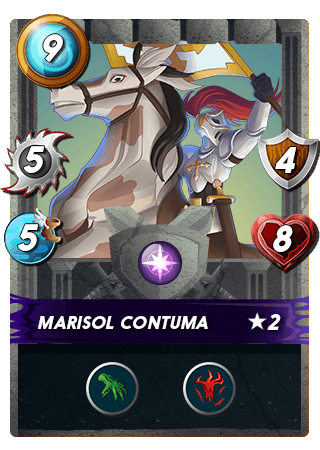 After revealing all the cards I go to my card collection, and filter on the Gladius cards only. Then I hit the combine all button to get them all combined, this ensures I always have the highest level available, even though it doesn't matter much currently since I can't use the regular Gladiators most of the time.

Hitting the combine all cards button, I notice that some of my Gladiators have levelled up! My Common Isgald Vorst and Helmet Kharafax are now both level 4 and my Rare Relenor Cleaver is now level 3!

If you're opening some Gladius Cases before the new brawl starts, good luck with your packs!

How many Merits have you been getting from your Daily Focus so far?

Thank you for watching!

If you haven't signed up for Splinterlands yet and want to check it out, you can do so at: https://splinterlands.com?ref=athunderstruck