The wild roller coaster of what I've been doing with vouchers 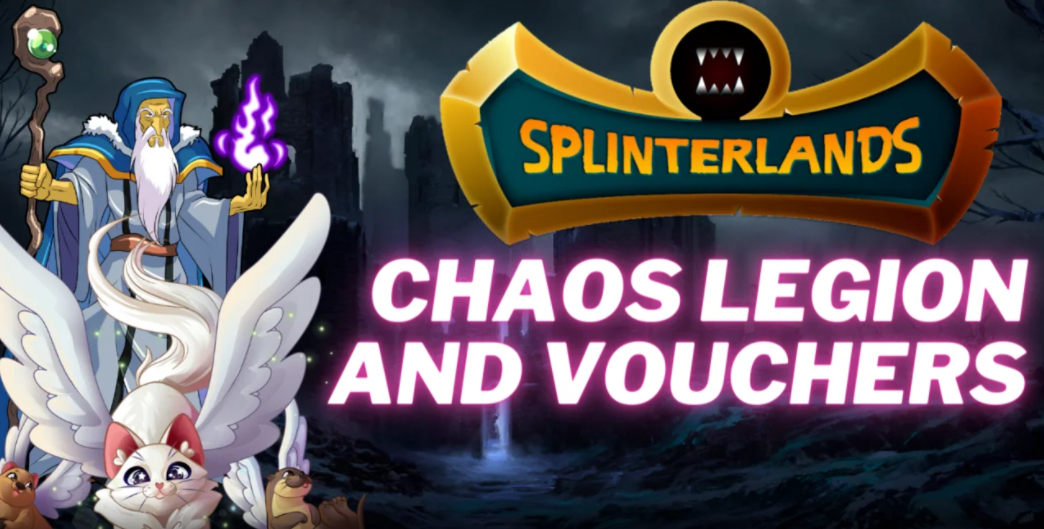 In the lead up to the pre-sale, it was announced that every pack would need a voucher and that vouchers would come from staking SPS. Yeah, I know, old news. Based on this, I bought a lot of SPS, with the intention to decide what to do with my vouchers based on their price over time. What follows is a history of my decisions around vouchers, what I did with them, why, and what I plan to do with them in the future.

My hope is that how I've been thinking about it, the value of vouchers, my long-term plans, etc., will help you in your own thinking about what to do as we move to the general sale.

The first stage - the pre-sale 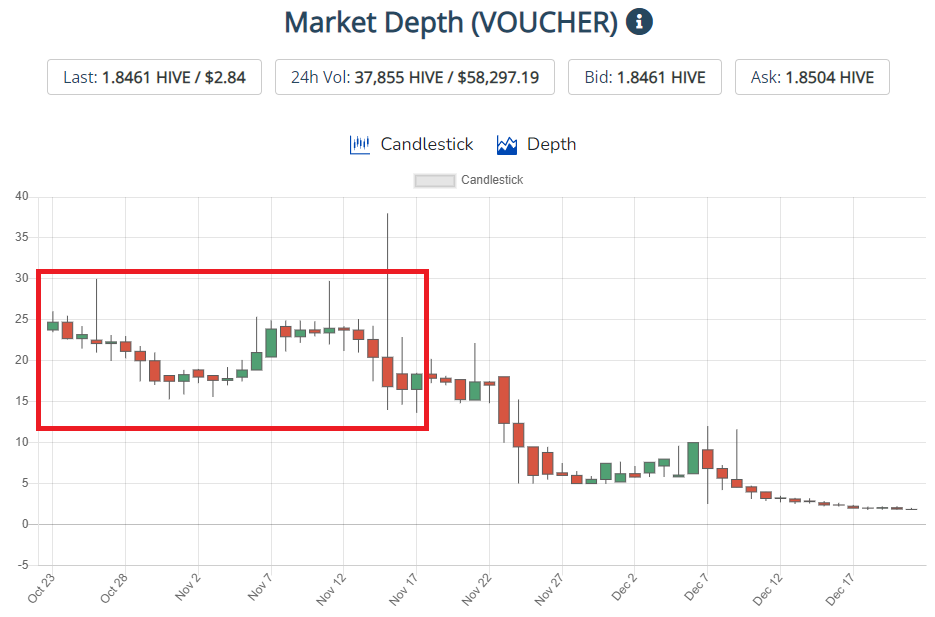 Vouchers debuted at $25 or so. Based on one of my favorite posts ever by @casey30 (here), the expected value of a voucher, based on some conservative estimates, holding airdrop rates similar, etc., was around $13. So at this price, and the price for the entirety of the pre-sale meant it made the most sense to sell.

The only exception to selling them was if you could but 1,000 pre-sale packs. At that point, you unlocked a guaranteed GF Dr. Blight and the title which was worth a lot of SPS over the rest of the airdrop. I was vindicated in my math a week or so by a post by @blueeyes8960 buying a few hundred packs and coming out a little negative (here).

So sell I did, and I bought cards with those profits, moving myself into the Silver league and reaping those benefits. This was my strategy for the entirety of the pre-sale, and although those $100 Dr. Blights look very tasty, selling was the best value strategy for this stage, as I made more from selling the vouchers than I'd likely have made from using them to buy packs.

Key Takeway from this stage: Vouchers aren't free. Yes, you get them without extra fees once you stake SPS, but if you can sell a voucher, it has value. Factoring that value/cost appropriately is important when deciding what to do. 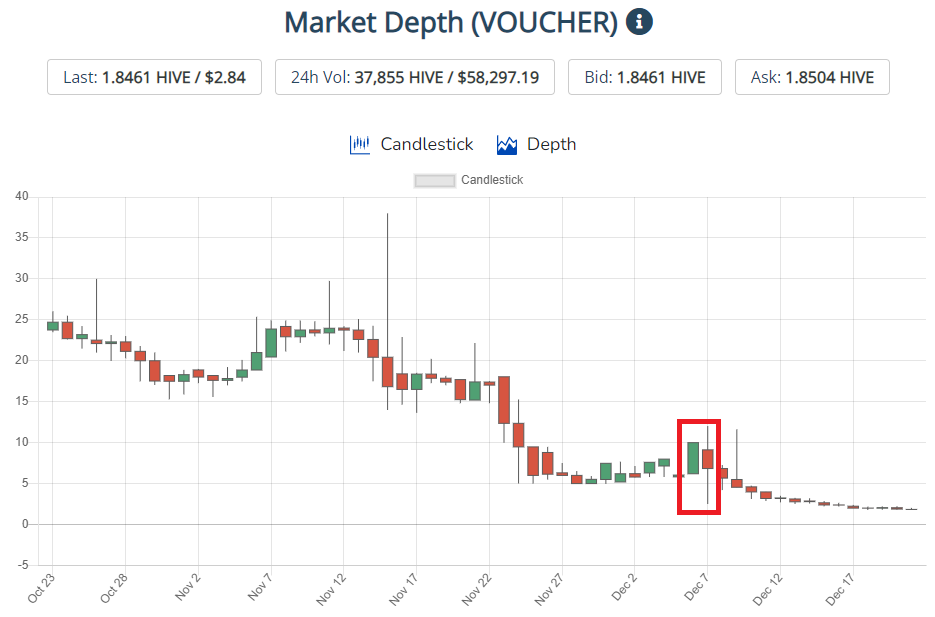 In the leadup to Phase 2, I more than doubled my SPS stakings, so between that and the doubled voucher drops, I was getting 4x as many vouchers as during the pre-sale.

The first 24 hours was kind of a free-for-all shit show. Prices were high. For a period, vouchers were more expensive than they had been during the pre-sale. Even crazier, a CL pack was $4 more than a voucher. So what did this mean?

I could take my vouchers, buy a pack with them, and then sell the pack, and lose no money. But I'd gain all the chances for airdrops from buying the pack, at literally no cost to me. This happened the first day and I think the third day, so on those days I converted vouchers to packs and sold the packs. I also did this a few days when the price of packs was $3.5 or more than a voucher, so I spent at most $0.50 for airdrop chances.

Key Takeaway from this stage: Even if it's short-lived, don't hesitate to take advantage of an opportunity. I hadn't intended to buy packs given their price behavior during the pre-sale, but this was a no-brainer, and I'd not have noticed if I had doggedly stuck to my plans.

The third stage - A week of declining prices 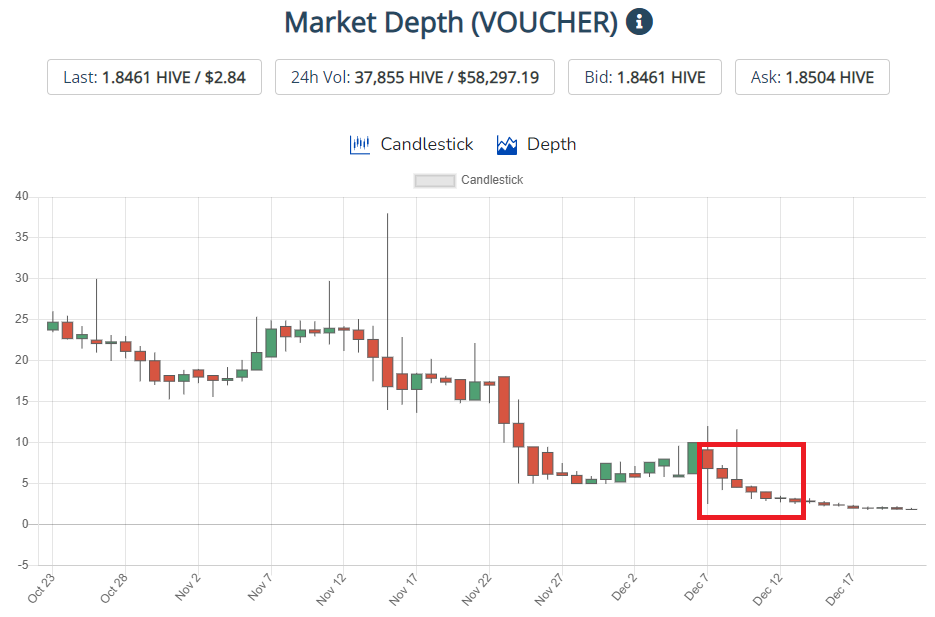 During the following week, prices kept dropping on both vouchers and packs. I continued to sell my vouchers as long as the price was >$4 (I'll get into why that was my breakpoint in the next stage). I did pick up some CL cards in the form of singles during this phase, as there were a few commons and rares I wanted for a quick, easy power boost. Nothing else too exciting during this phase.

Key takeaway from this stage: Once you've decided on a plan, stick with it. It felt kind of bad selling vouchers for ~$5, but that was above my cut-off, and still made financial sense, even if I wasn't getting the type of returns I'd been hoping for (prior to phase 2, I was hoping/expecting a voucher price of $8). 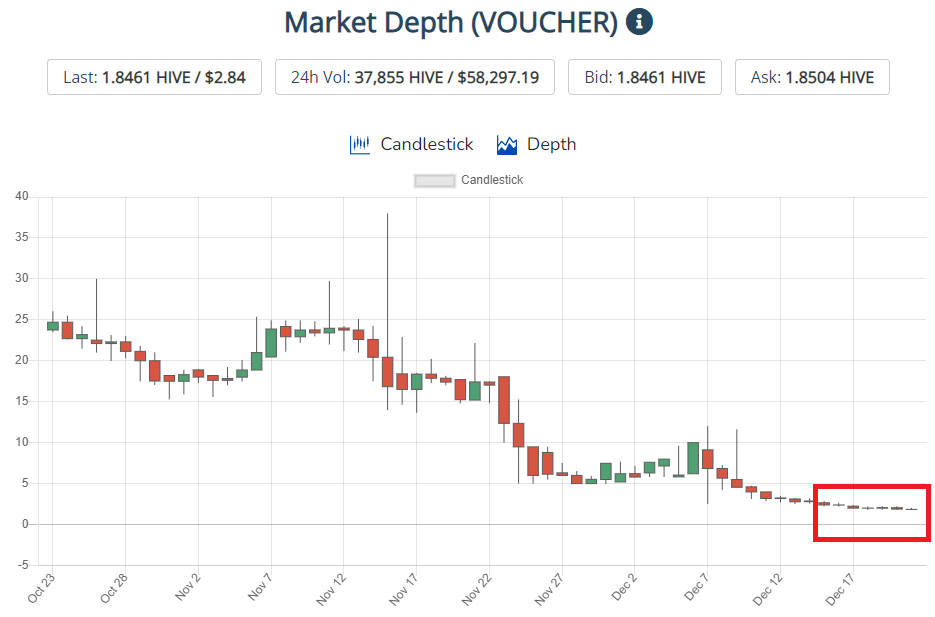 After that period of downward prices, vouchers went under $4. At this point, I began holding onto my vouchers. And here is the reason why: if you're buying at least 100 packs in the general sale, a voucher is worth at least $4. Yes, the price of vouchers on the P2P marketplace may stay below $4, but value is what someone will pay for something, and during the general sale, there is someone who will always buy a voucher for $4: Splinterlands. If you're buying enough packs, you can exchange each voucher for a pack, as opposed to now where a voucher + $4 gives you a pack.

So at current prices, it makes little sense to sell vouchers. During the general sale, my plan is to buy >1,000 packs, so I will need at least 150 vouchers to maximize my packs. The timing here works pretty nicely, as the vouchers I have so far + the next 15 days will lead to right around 150. If I need more vouchers, I'll buy any additional as long as they're under $4. So if you're planning on buying a lot of packs in the general sale, and don't/won't have sufficient vouchers to maximize your bonus, now is the time to pick up some vouchers.

Key takeaway from this stage: Set a cutoff long before you enact a plan, and stick with it. This prevents you from making spur of the moment FOMO decisions.

Bonus takeaway: Be willing to buy something you were previously selling once it becomes undervalued. Vouchers will inherently be worth $4 in a few weeks, so buying them for less than that is a discount.

Above are the different approaches I've taken to vouchers: selling, buying packs, selling, and finally holding. If prices go back above $4, I'll sell my stash, then use that money to buy extra packs. It's all about setting limits and acting accordingly.

I can't wait for the general sale, as all my behavior the previous phases has been in preparation for maximizing how many packs I can get and the value I'll get from those packs.

Like Splinterlands? Want to get involved? Check out my referral link to get started! I'll gift you a free reward common card to get you started on an awesome game.

Bulldog recently made a video about using vouchers to buy packs for airdrop right now. Do you think that's a +ev strategy?

This is a good question! I just watched his video, and think it deserves more than a quick answer (although the quick answer is: if you're buying <1,000 packs using this strategy, no, it's a bad idea). I'll put together a post on on my thoughts and tag you.

Cool documentation and explanation. Thanks for sharing