OP CARD IN BRONZE! IS IT REALLY OP?

ARMORED RAT IN YOUR AREA! BEST CARD IN BRONZE? 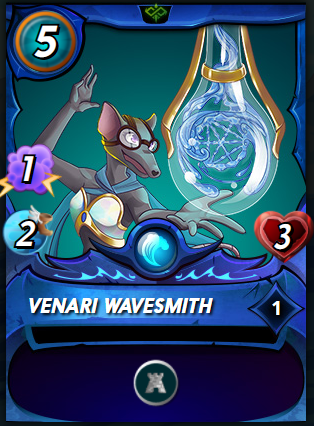 Well, for 5 MANA you can get the PROTECT ability which gives +2 ARMOR to every friendly monsters in the field that gives all melee and ranged enemy monsters a really really hard time to take out one of your monsters.

Get Alric Stormbinger as your summoner, pair it with cheap but useful tanks like:

Next, get up to 4 magic monsters(depends on mana cap) like:

I know there are more magic monsters to choose but these 4 are the main magic monsters in bronze because these are starter cards.
And you are all set to grind!

But wait!..
Be careful! Because even the best fall down sometimes.

Even if that line up is as powerful as you think. There are still counters for it like:

Anyways, these are all just my knowledge that I can share with you guys especially for beginners like me. I know there are still lineups that are better than mine so you better share it in comment section below :D

Shout out to all #nosleepgang members out there! And to @sgt-dan our guild leader. Watch his stream in twitch guys he's giving giveaways :D

If you facing same magic water deck, use it would become Mr Bean.

Congratulations @bardot223! You have completed the following achievement on the Hive blockchain and have been rewarded with new badge(s) : Congratulations. The folks that follow the Untamed Sarge Twitch stream have seen your post and we are IMPRESSED! Excellent job. Who loves you baby? #nosleepgang, that's who! Wepa!

Congratulations. The folks that follow the Untamed Sarge Twitch stream have seen your post and we are IMPRESSED! Excellent job.

Who loves you baby? #nosleepgang, that's who! Wepa!