Splinterlands - The winner takes it all in the Brawl Wars

@behiver 70
about 2 months ago
LeoFinance

Brawl Wars are the ultimate competition where fighters from the same Guild are uniting their forces to thrive over the other Splinterlands tribes. I have devoted my fighting army to Team Possible Power guild using my @sm-goldies account and we are living such phenomenal times and always seek to help each other grow and become better fighters. Battling with my brothers in arms, I have succeeded in flawless victories with all the enemies that were put in front of me in the Brawl Wars and I couldn't be more proud of my army and the strategy that ensured success. 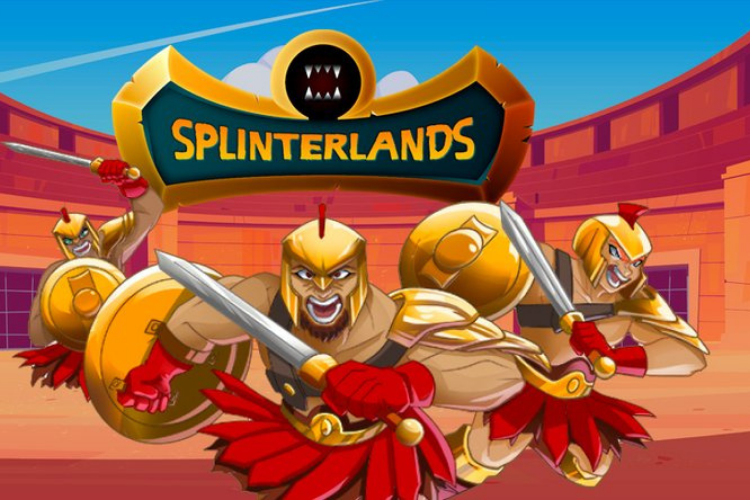 I've been given 6 battles in the Brawl Wards and succeeded to win each and every one of them. I've applied different strategies and paid attention to the rules of the game, which I think are very important to be victorious. 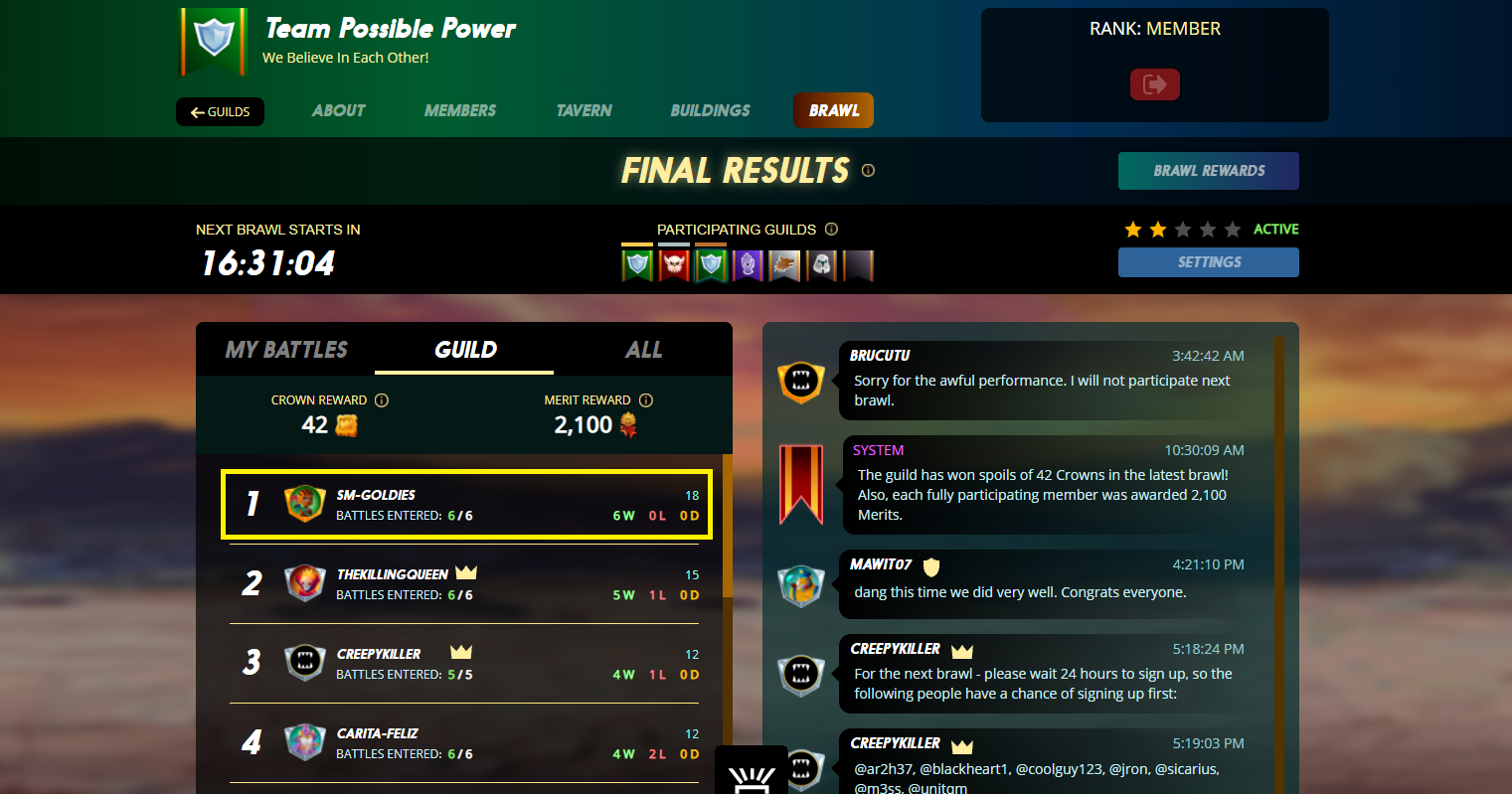 The efforts on the battlefield for the entire guild proved worthy as we have ended on the podium in third place. For me, as a fighter, there are only three winners in a war so getting one spot out of those is a mission accomplished. 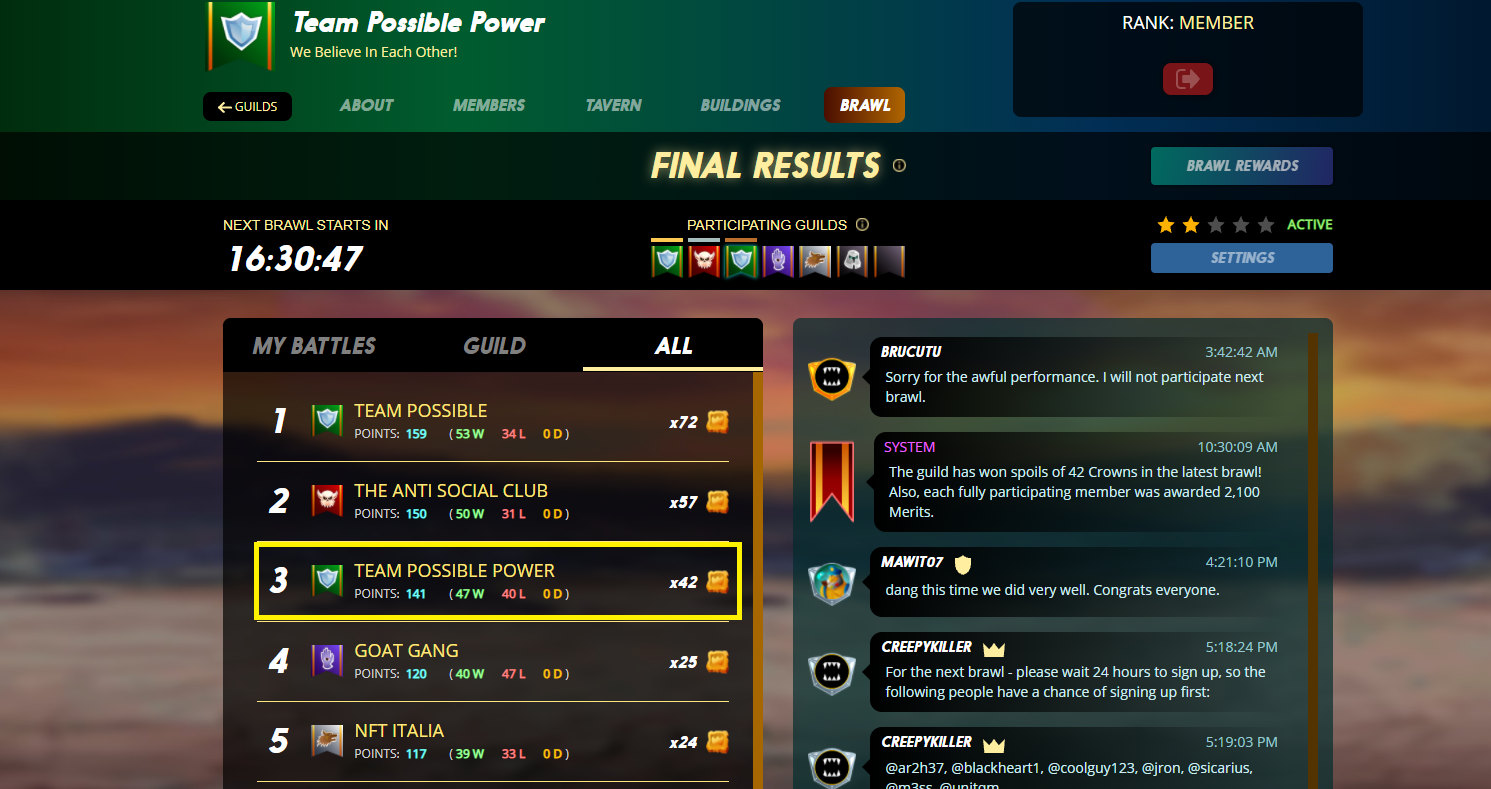 A greater thing coming off from the guild getting on the 3rd spot alongside my happiness for six flawless victories is the fact that I was awarded 2100 Merit tokens. If you didn't know this is another form of cryptocurrency ingame dedicated specifically to Guild Wars. As I have few others from previous battles, I have reached 4,064 Merits balance which entitles me to buy Gladiator cards in the Splinterlands shop.

With the MERITS tokens, I have bought 2 Gladiator packs from the Splinterlands - Guild Packs. And I have opened them right away for some real strong Gladiators that will count into my Collection Power (thus rewarding me with SPS tokens) and also help me in the future Brawl Wars. Yeah, you saw that right, I got an Epic Gold Gladiator - Gorth (worth 10,000 DEC)! If we could only trans also Gladiators, but that's not possible for now... 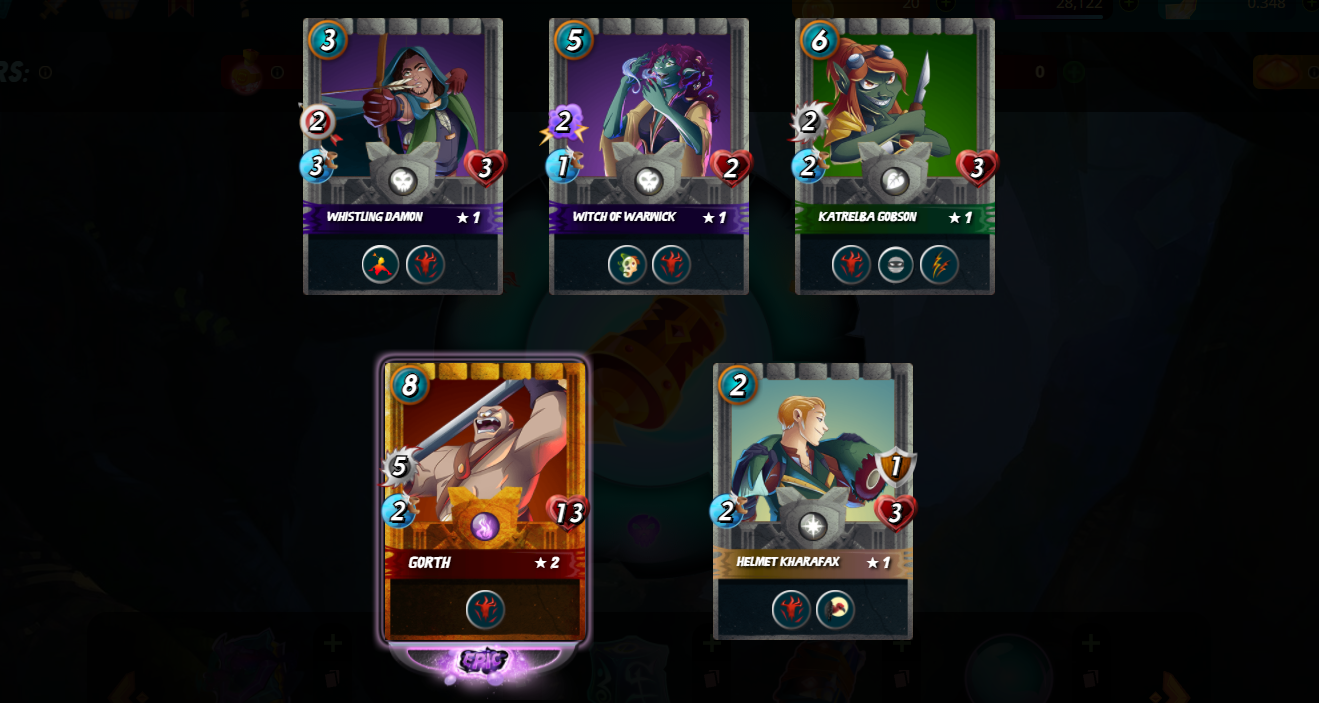 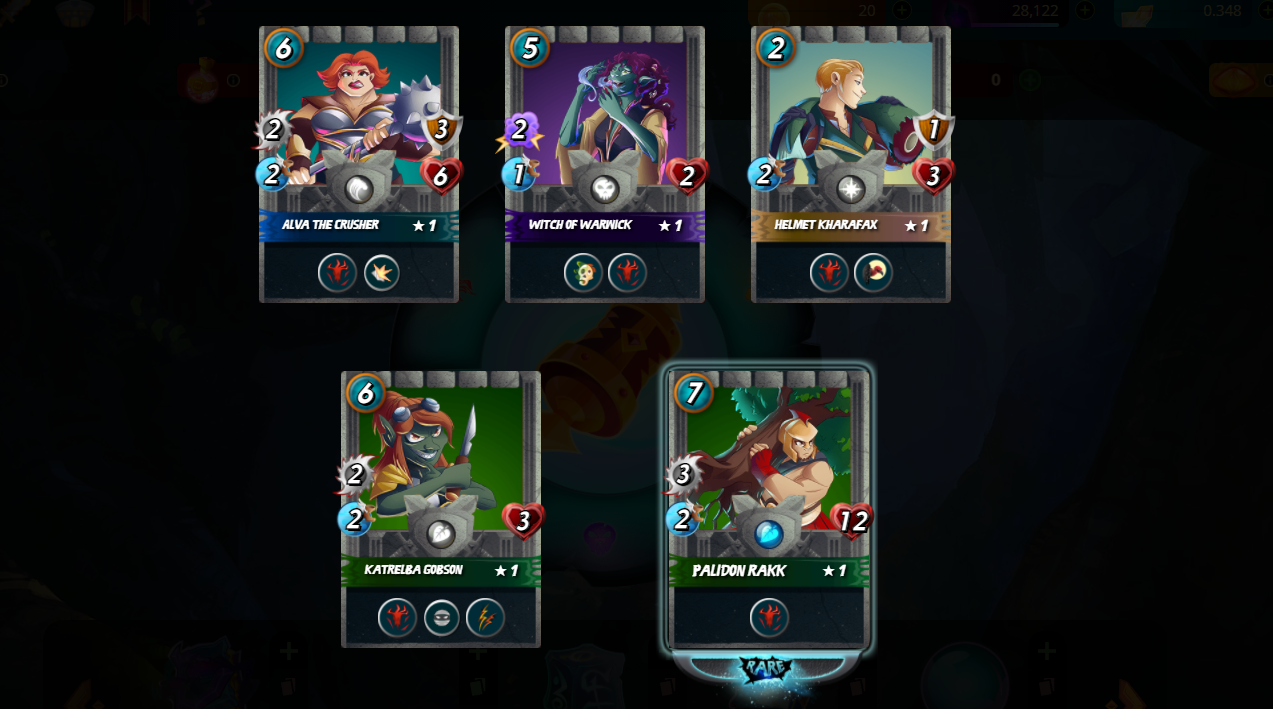 The Brawl Wars are an untapped tournament-style feature in the Splinterlands and in my opinion every warrior should join a Guild and prove its worth alongside other armies fighting together for a greater good. Only together we are stronger and this is well proven by the Brawl Wars and the entire Guilds ecosystem!

Fight alongside your brothers on the battlefields from Splinterlands!

This reward is really amazing .

Brawls are very fun indeed! I still can't help out my guild as much as I wanted because I don't have a great collection but I did join a couple brawls and won a few battles here and there.

I'm saving up for Chaos Legion so hopefully I'll be able to contribute more in a few weeks.