Splinterlands will be a $3 Billion play2earn blockchain game

Splinterlands is the play2earn blockchain of the moment, but even while it shows unprecedented growth its value is still far away from reflecting that. There are so many features yet to see the day of light in the game that simply will keep every player in this metaverse and will ensure earnings for years to come. And at the core of it all is the Splintershards (SPS) governance cryptocurrency which is intended to provide increasing levels of decision-making ability and control over the product to the player-base, asset owners, and other stakeholders. And on top of that, they are the immediate beneficiaries of new features, perks, and bonuses that the future of this game may reserve. 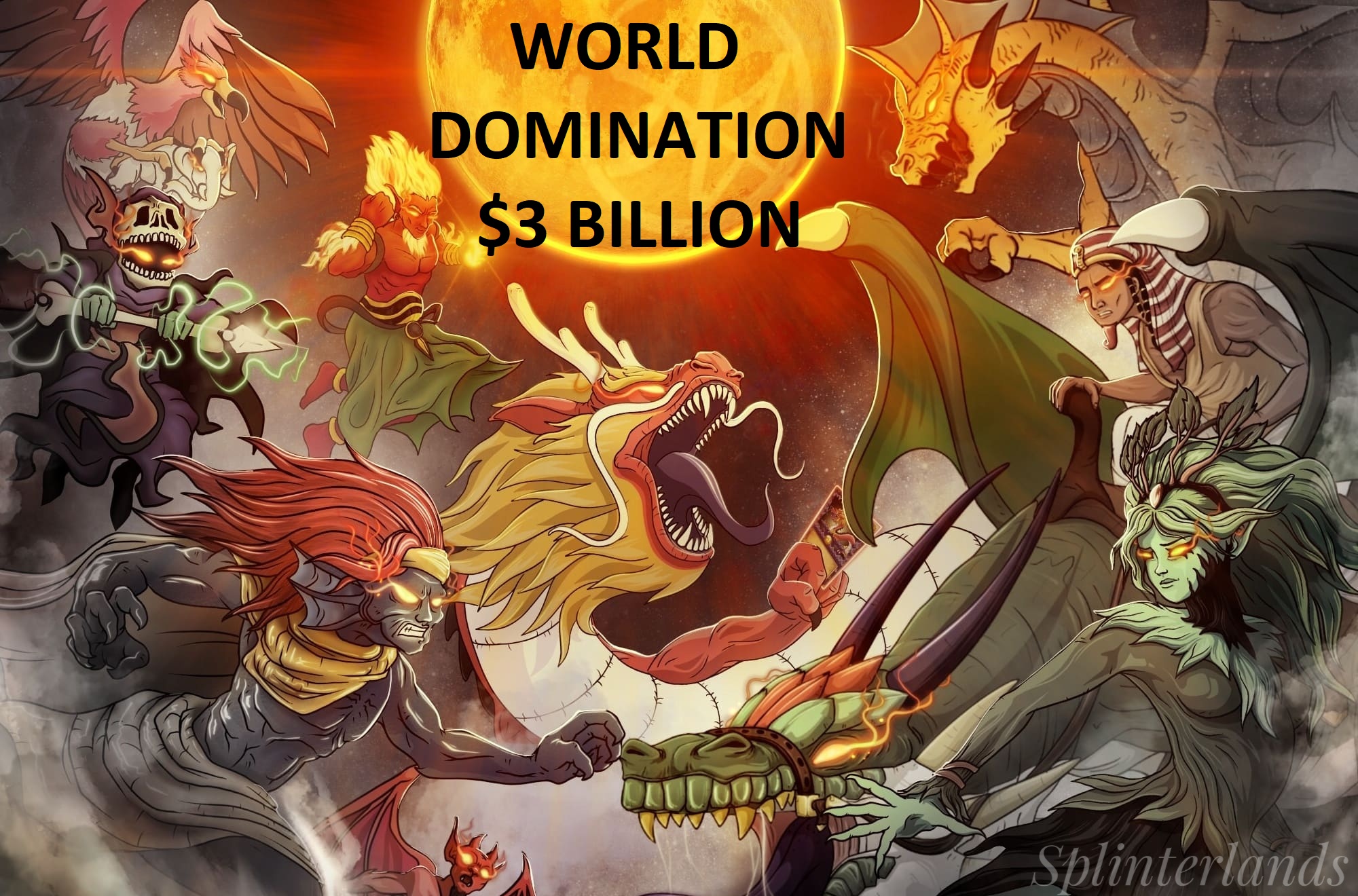 Why am I saying that Splinterlands is a 3 Billion dollars blockchain game? The first indication that this is the right amount for it is in fact the SPS supply of 3,000,000,000 which will not be exceeded. On top of that, there are burning mechanisms that are implemented in the game and that we will discover along the way which will simply pave the way towards reaching that number. Steady growth is the name of the game and the way the SPS tokens are released in the game, to the investors and holders over a period of even over 65 months shows the long vision on this and that the market will not be flooded at any point soon in order to drive the price down with it. So if you calculate that it will be priced at $1, there you go the market cap will be $3 Billion. 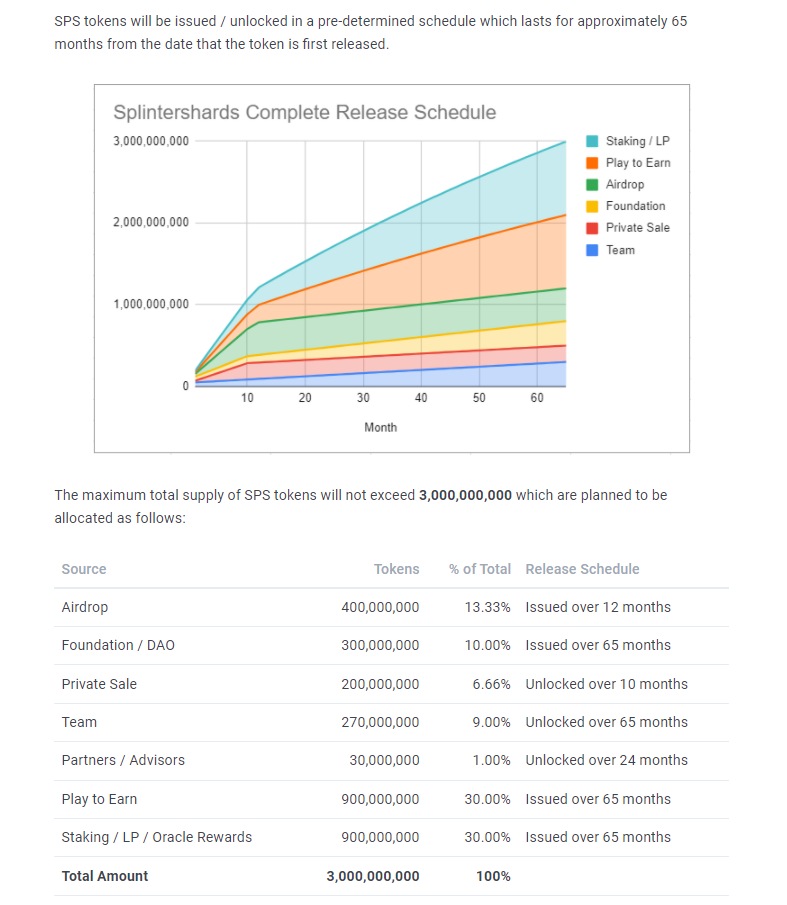 While this is a courageous statement another factor that I've considered when accruing the 3 Billion dollars worth to the Splinterlands and its SPS governance cryptocurrency was to compare it with another big play2earn blockchain game and that is Axie Infinity. I believe that Splinterlands has better gameplay and plan for the future, its only drawback is that was just not discovered soon enough in order to see the same growth. But that changed a few months ago and with more than 10,000 new users each day I am sure we will get upper and upper. While Axie Infinity through its AXS cryptocurrency has a market capitalization of over 3 Billion dollars (the actual amount is $3,713,251,361), should put Splinterlands near the same amount at least. 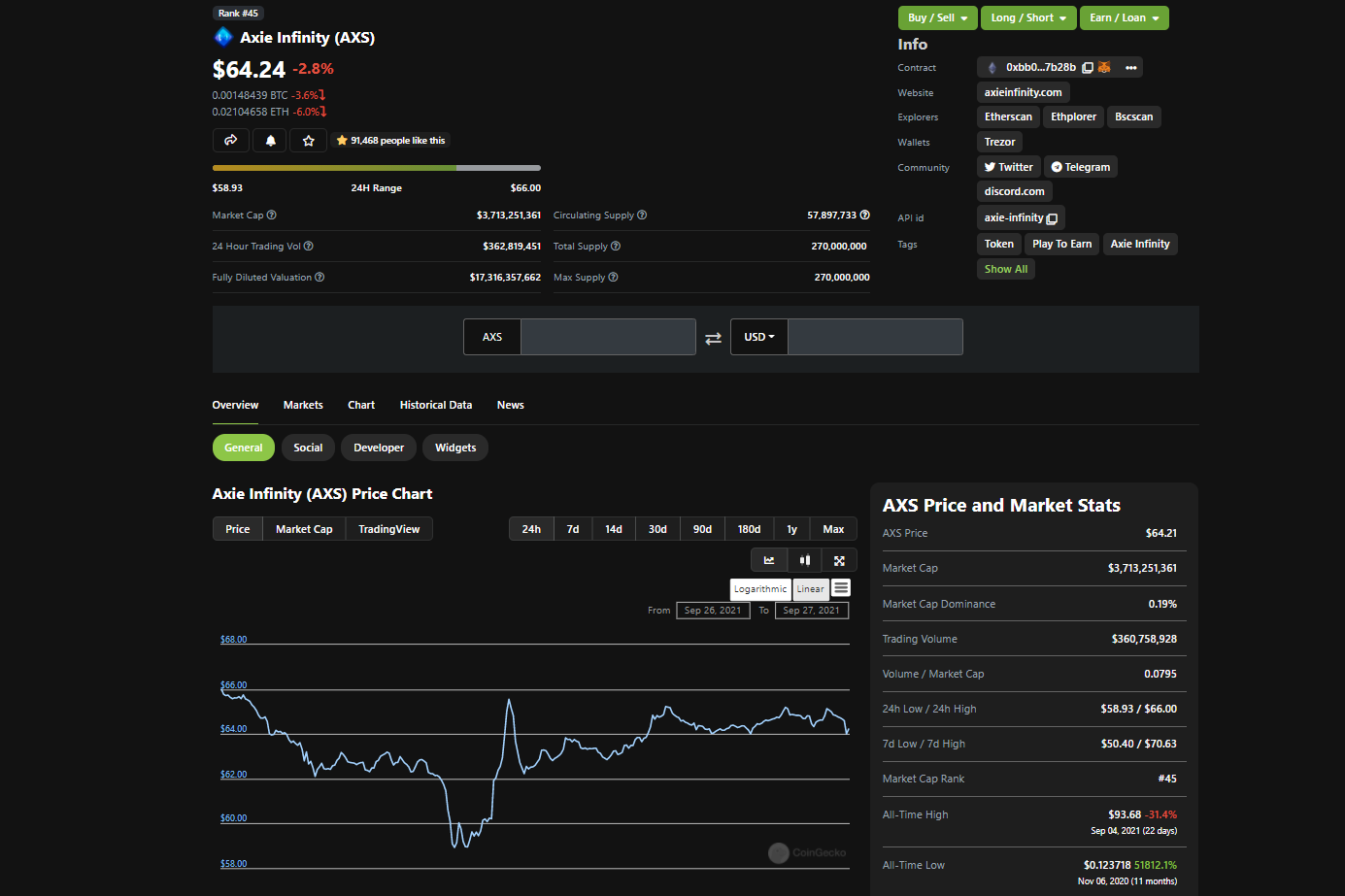 These along will put Splinterlands at over 3 Billion dollars market capitalization for its Splintershards (SPS) cryptocurrency governance token. The current SPS market cap stands at $83,914,080 and we are just at the beginning of the governance token has been introduced, Chaos Legion is yet to be launched and Lands expansion to see the day of like. The current SPS supply is 240,000,000 so if we extrapolate only that to the total supply of 3,000,000,000 should get us an x15 increase that should put it at 1.2 Billion dollars without other mechanics that will improve the price. So if you wondered if you are late for the party, I am telling you that you are not. You still have time to join the game and make the most out of it!

Come join the 3 Billion dollars journey of the Splinterlands!

It is just the begging of world blockchain gaming domination!

I havent followed the burns that are in place. I will have to look further into them.

If it ever did get up to these same levels that would put SPS at $6 each due to the amount of SPS that will be printed compared to AXS at the moment. Still a super fine investment though ;) I'm still not 100% sure on the SPS burn at the moment or if they go back into circulation.