Hive is probably the most underrated blockchain Hive is home to numerous applications that are thriving and adding value to the lives of people in different parts of the World. Despite the numerous qualities of the blockchain, it is still what we call a "hidden gem".

In fact, if you google search "Hive blockchain", the first thing you see is information about that other crypto mining company. Our own hive actually pops up in one link on the first page, but the other links are different publications about the other Hive blockchain.

Sometime in 2020, I remember an SEO writing contest with "earn crypto for free" or something like that as the keywords. The general consensus was that we need to sort out our SEO game.

Even until now, Hive doesn't get mentioned in conversations the way that other blockchains do. Despite being home to projects like Splinterlands, and Leofinance, Hive blockchain as a whole is still under the radar.

I read a publication on Cointelegraph that talked about decentralisation and web3. It highlighted some interesting points that I both agree and disagree with.

The conversational piece on Cointelegraph talked about the shortcomings of web 3. It used Jack's famous tweet about VCs dominating web 3 as a point against decentralisation.

I know Jack probably knows what he's saying but I don't think that the entire crypto industry should be worked up because of a single tweet. In any case, the point of the conversation wasn't just Jack's tweet but it generally discussed the shortcomings of web 3 and how decentralisation in particular is a pipe dream.

I feel like the error we make in conversations about decentralisation is that we expect the playing ground to be fair. However, it is literally impossible to have an equal playing ground because all fingers are not equal.

Each individual's access to resources obviously determines their earning potential from the blockchain. However, that doesn't translate to a lack of decentralisation.

Decentralisation ceases to exist when censorship is the order of the day. So, in essence, decentralisation doesn't exist on web 2 platforms, but that's something we already know.

On hive, we have one of the few networks where there's something close to decentralisation existing. As I pointed out earlier, your stake naturally determines your input and output but that's just how Dpos works.

On top of that, when you look at the top 20witnesses on Hive, you find that their influence isn't solely based on stake. There are numerous other factors that play a part in determining leadership, which is technically a plus for our decentralised nature.

Anyway, the point of this publication isn't to brag about whether hive is more decentralised than others or not. The point is to highlight that Hive technically offers everything that we need from a web 3 platform.

Hive is a censorship-resistant network with numerous functioning applications that create value for users. The best part is that all these benefits come at next to no cost.

For Web3 to be given control to the people and provide access without locking anyone out, it needs to be decentralized. So decentralized that there is no centralized point of control. Only then will Web3 help fulfil human potential and empower freedom. Source

I dare say that Hive is among the few blockchains that offer a service that's relatively close to the idea that the author describes in the previous paragraph.

Hive already empowers freedom of speech. In fact, you get rewarded for speaking your truth. You don't have to worry about agenda-driven information being forced down your throat because there's no government influence like you'd find on Twitter.

But, the fees won’t stay low forever. In fact, fees on networks like Polygon and Avalanche start increasing as demand for them increases. Offer a network where users can transact at a lower cost and they’ll come. More demand requires accommodating more transactions in the same block space as before. Eventually, users start competing for block space, leading to fee increases. Source

Yup, this is true, fees won't be cheap forever but how come Hive, which is far cheaper(technically free), and also more secure(multiple keys) than Polygon and Avalanche doesn't even get a mention? How much longer will Hive be under the radar?

is there an exact number we get of how much hive we delegate, let's say I have 100 hp delegated...

Thanks for this content. This is one of the reason why I decided to start posting here on Hive, creatin (soon) a community with specific topics and sharing some blockchain and cryptocurrency experience.
Glad to be here and being part of this ecosystem.
Grinding to grow fast, with good contents.

Can confirm. Reddit users still blown away when they realize the potential of decentralized social media and web3 but they still don't know about Hive. 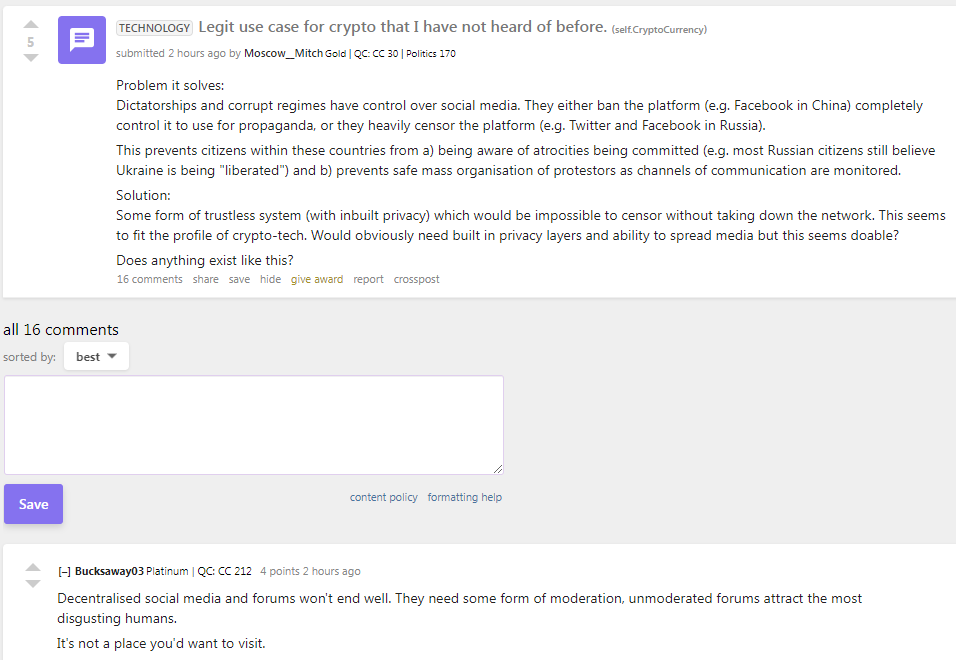 I think he only covers what he knows. Which isn't Hive yet.

Maybe we want it under the radar until we have acummulated enough Hive to become whales when this go mainstream! Hahah do not take the latter sentences serious!

Cheers mate lol… it be good to become whales

Hive is so underrated and i don't know why, but we must keep building because by the time the world find out about hive we should have been whale or even more

I’m new to hive and potential I see is incredible. Now you post and make money, where as facebook and other social media just use your info to make money out of you.

No doubt Hive is underrated, undervalued and whatnot. We're still too unknown unfortunately but I'm a firm believe on Hive's long term potential so we just gotta keep building

The main problem with HIVE is that it's very insular and requires a lot of research and time to understand just the tech of it, and then there's so many layers of community socialization that are unwritten and make for a hard time bringing in new users. That said, over time people will get more tech savvy and be more willing to try things like HIVE and eventually there will be so many communities that big cats can't dictate and control as much of what goes on as they do now. Compared to other chains, which typically don't offer much other than just trading coins and such, HIVE is poised to take off going forward IMO

It's so true.
When I introduced Hive to my friends, I told them about @ecency first as ecency UI/UX is easy to use.
When they get familiar with ecency, I will tell them more about Hive.
Step by step and it worked.
If I shared a lot about Hive at the beginning, people may not want to stay until the end of my sharing :)

yeah, we can always use more onboarding tutorials and clearer community rules that don't overwhelm :P

Totally agree with you, lot effort and time is needed just to start understanding potentials of Hive without even scratching surface. When I told some friends, who are using some other blockchains, about Hive they was curious but neither one created Hive account.

And hive is also the most advanced chain out in crypto :)

Because Hive doesn't have any marketing team like others blockchain.
Like me, I know LEO before knowing HIVE.
I know Splinterlands before knowing HIVE
But Hive is the only blockchain that I introduce to my friends. Because I see a huge potential of Hive in near future.
Hive - slowly growing but it's steady

I think Hive will stay under the radar until we have enough applications on top of Hive. It's not like blogging itself will attract that many users and we need to show that there are more users/activity before the mainstream pays attention.

I agree 💯 to this opinion. Even if I do not, it is obvious that Hive is very much underated. I guess it is because it's not getting as much attention yet like the others; this is also because the Blockchain has been growing organically.

Hive is still a diamond in the rough lots of people don't understand it and most people think too simple when it comes to social media hmm.

Everything you say about HIVE 🤘🏽 !

I am going to second @cyberdemon531 here, I truely believe that Hive is a hidden gem, but the learning curve is still to high. Therefor I already pleated for a form of Hive Lite, to onboard new users. A simple interface with only blogging and links to some other dapps. That would be an easy stepping stone for new users, and a way for them to learn the Hive blockchain and its possibilities. I think that could maybe be the missing link... 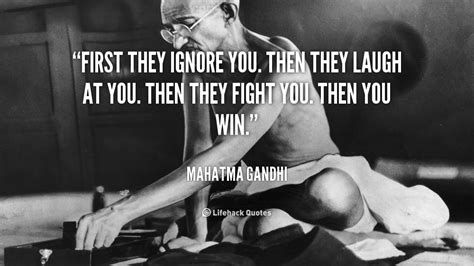 Yes, that happens when there is no benefit for them ;)

There is Absolutely no reason why Hive can't be the next Facebook/Ig. But WE have to Create it.

I believe we should demonstrate hive to everyone around us in order to help them understand the blockchain and its implications. With everyone's daily promotions, we will encourage others to join us in spreading the hive blockchain and cryptocurrency. Sir @gcalex, thank you for your unwavering support.

Great post! You talk about hive underrated and a hidden gem, but in your opinion, what is the main cause for that?

It is quite a puzzle for me too how that the international crypto space doesn't really talk much about Hive. Even on twitter some people don't believe something like hive is possible, they keep describing hive and say its gonna happen. "Hello, it has been happening."

I sometimes Blane it on exposure, most people who come on hive don't come because they are knowledgeable about the crypto space, a lot are just noobs but then they get to learn. When people get so exposed, too much knowledge , they begin to speculate so much into its success.

One thing I m sure is that Hive will blow one day, and it is very near.

I'm trying to get more of my friends to join hive

Well scripted. Hive is presently underrated but definitely not in the near future. With the growth of second layer communities and tokens, we see more eyes on Hive sooner.

Blockchain media isn't anymore intelligent than mainstream media. A writer of "facts" still needs a story tell, otherwise no one reads what they write. Personalities like Charles Hoskinson and Silvio Micali make a writers job easy because they created a narrative about their cryptocurrency. So everyone wonders why Hive isn't frontpage news. But, all there is to say about it are it's features and benefits. That's a sales pitch, not a front page story.

Nah, it's better than Steemit and that ETH based site. Lol. It's the second best site I prefer to write on.

It even got new member because I posted about it on another site. Lol. Sad they didn't use my referral link but it's all good.