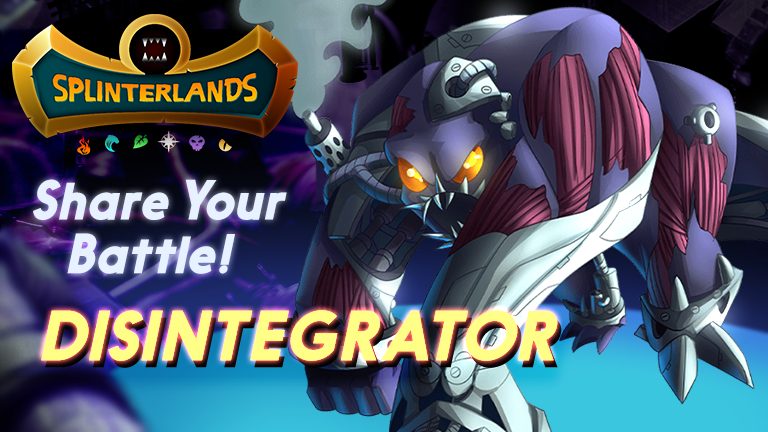 Welcome to my post! Its been a while since I jumped on any challenge in the community but I am back.

To be honest I have never used this card before but offcourse what's the point of joining the challenge if not to push you beyond your limits.

So I joined this challenge and hmmm I won't say I was that impressed. The disintegrator is a neutral element and since the rarity was common it's abilities were not that awesome because it could only demoralize.

In the battle I will be sharing I won but not because of the disintegrator. Offcourse I already have my line up for certain battles and when my opponent battle history was shown I decided to go with the earth elemental. I chose most of the strongest cards and added in the disintegrator last.

In the battle with these rules,
I chose 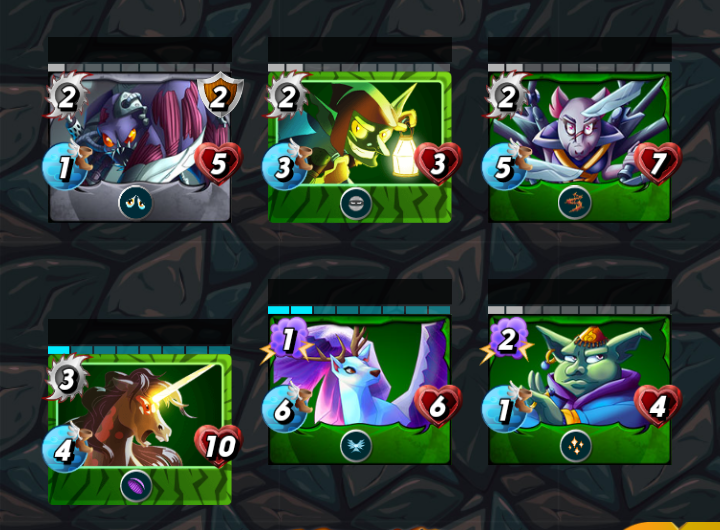 In this battle, it was actually my Unicorn Mustang and the Goblin psychic that kept the battle going.

Anyway, I am not sure I would be using the disintegrator again because when I went through other people in the challenge, some of them had leveled up this card and that's why they were able to win. But the rules of the game stated the rarity should be common so here we are.

New to Splinterlands?
Use my link for amazing benefits

Good to see win with that splinter and thats pretty nice to show the line up with earth but i have faced so much problems to win with earth, best of luck and !LUV.

Hey, thanks for reading through.

Congratulations @biem! You have completed the following achievement on the Hive blockchain and have been rewarded with new badge(s):

WARNING - The message you received from @nigelmarkdias is a CONFIRMED SCAM!