Are Play2Earn Games Worth It? 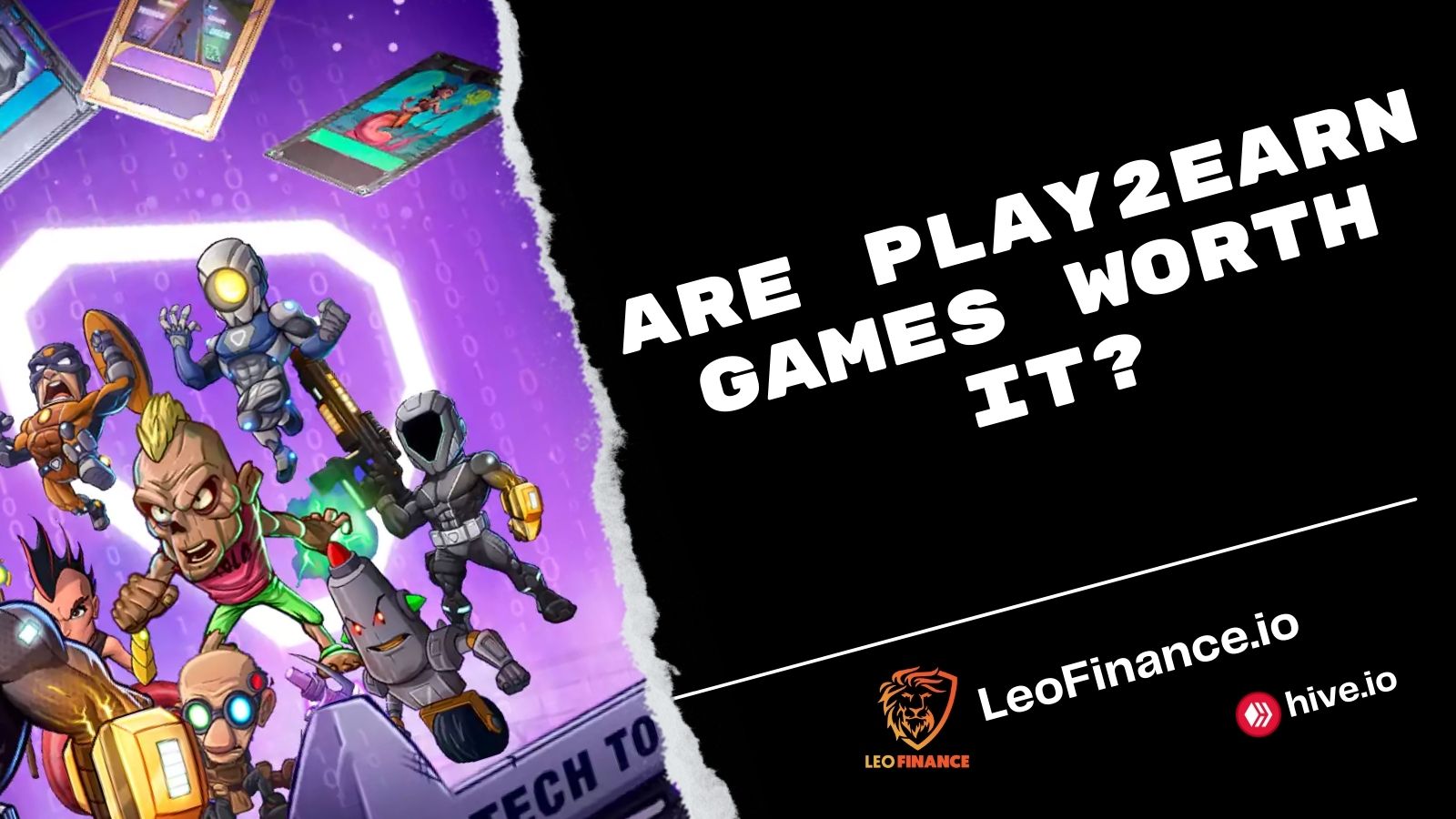 Are Play2Earn Games Worth It?

Over the last year and a half the crypto gaming space has exploded. Some speculate that the rise was simply just about attempt to cash grab and build junk systems to try and make a quick buck. Get in early reap the rewards, get in later and hope for the best.

While others like myself understand that is part of the equation there is also the other side of it where legitimate games are being built to create a real ownership style game system.

At the moment just like other areas of stocks and crypto we are seeing assets that were simply cash grabs and junk projects really come under major pressure. So much pressure that they are either closing up shop or being bought out by slower growing but now stable and larger platforms. This is actully a natural progression of the markets and is what forms rock solid foundations in which a new rally, tech and system can emerge from.

Wax games built on buying assets and having poor tokenomics so it slowly dies over time unless a new development integration comes along to make those tokens worth more or those older NFT assets less powerful. To me this is the very lazy and trashy way to do a game and it's what makes up the bulk of these games at the moment.

However there are many other great legitimate projects one that comes time mind would be Splinterlands this NFT game has been around for years. Well before the explosive growth of play 2 earn style games. But there's a lot to this one that continues to grow and expand along with great tokenomics and value.

There other style of games take after popular card collecting games and other types of games. Gods unchained which is starting to spread it's wings a bit is a clear example of popular games such as pokemon or hearthstone. These card based battle games offer up high collector values as well as enjoyable play, fantastic artwork and more. This is why these style of games feel more like the correct push that will stick around.

The next phase is going to be your MMO style game where the resources you mine, crafting tools, weapons etc are all now ownable assets which can be traded, rented and moved from account to account offering up huge possibilities that traditional MMOs don't. This style of gameplay if done correctly can be a massive value to both players and the game creators as setting a small transaction fee on all trades and market buys could net millions in revenue year after year with no subscription fee needed.

Another phase which is currently being pushed is console based games for "web 3" these are games that are starting to gain traction but the companies need to focus on building a quality game that people want to play and keep playing. That's no small matter as only a few games have been able to manage this. One company that seems to be taking the charge in this is called Polium which is shaping the systems of web3 and gaming.

Business note: While someone has to pave the way for advancement good business is one that mimics after the fact. It's more cost effective and you already made another company make all of the tests and mistakes. While Polium seems to be forging forward it's very possible once they see some success that others will follow quickly behind and capitalize on their mistakes.

Are there any crypto / asset ownership games you're looking forward to?

I myself haven't played SPL as I find the game too complex and complicated. But I am enjoying Rising Star as it is an idle clicker type.

I am not sure if play2earn games are still worth it as more often than not ( I think ) those who are competitive are the ones that earn that much as most games are PVP style.

Are there any crypto / asset ownership games you're looking forward to?

Still I am into RSG - but maybe if there's an RPG game that doesn't cost that much I might invest with ( The problem that I have is I can't stay in front of my PC /cp on prolonged hours thus idle games are more appealing to me. )

Idk why but I enjoy the simple staking and idle clicker games myself.

Only the ones you truly enjoy to play!

I’m looking forward to the release of iluvium! The trailers look AMAZING, let’s see if they can deliver on their promises. We really need a ground breaking AAA game to help onboard the masses into crypto as a part of everyday life.

It does look pretty awesome I can understand why so many people are investing and staking in it.

Honestly I've been snoozing on it because it seems like the thing will never launch. If it doesn't launch this year I'm pretty much giving up on it in terms of anymore investment.

Yeah, I checked the posts last night and it appears to me there is not much activity going on.

It all sounds good but I still haven't really seen any game. So to me a project like that is speculation of launch but I'm hopeful on the project.

Also waiting here. Thanks for sharing your thoughts.

I’m thinking that Splinterlands will eventually morph into an MMO which would be awesome! I don’t know if I would be able to play it because I have a bad addiction habit with MMO’s lol but would be cool to have the assets for it. I certainly think MMO’s are going to be the next thing for blockchain gaming to delve into! I don’t know if I’ve seen a successful one yet but I’m not on the pulse of it all at the moment.

lol now that would be dope I'd play that like crazy. Even a VR world of it would be pretty awesome with all the story and lore that goes with it.

not so much splinterlands for me because Im a terrible player but I like rising star game a lot. I'm gonna be a lifer over there

I would appreciate you checking out a new community I created called Hive Business Center, it’s purpose is two fold: create a directory of Businesses built on Hive and directory of businesses which accept Hive or HBD. link

IMO I feel play to earn games are really worth it . People who invested their time and resources in it especially during the Covid era could testify of how it came as a source of succor during those perilous times . Axie Infinity for example gained a lot of popularity during that era . However, some gaming industry analysts say its business model is unsustainable, pointing to the need for new players to keep money coming.

I like Splinterlands out of respect for its origins here and it’s age. I am researching a new game based on Hive called crypyoshots.

I would appreciate you checking out a new community I created called Hive Business Center, it’s purpose is two fold: create a directory of Businesses built on Hive and directory of businesses which accept Hive or HBD. link

Cryptoshots is a first person shooter which started on Wax and is coming to Hive. I am looking forward to having another NFT rewards game, and to the possible infusion of new people to Hive when the game moves.