Big Things For SPS Token (Everything You Can Do With It) 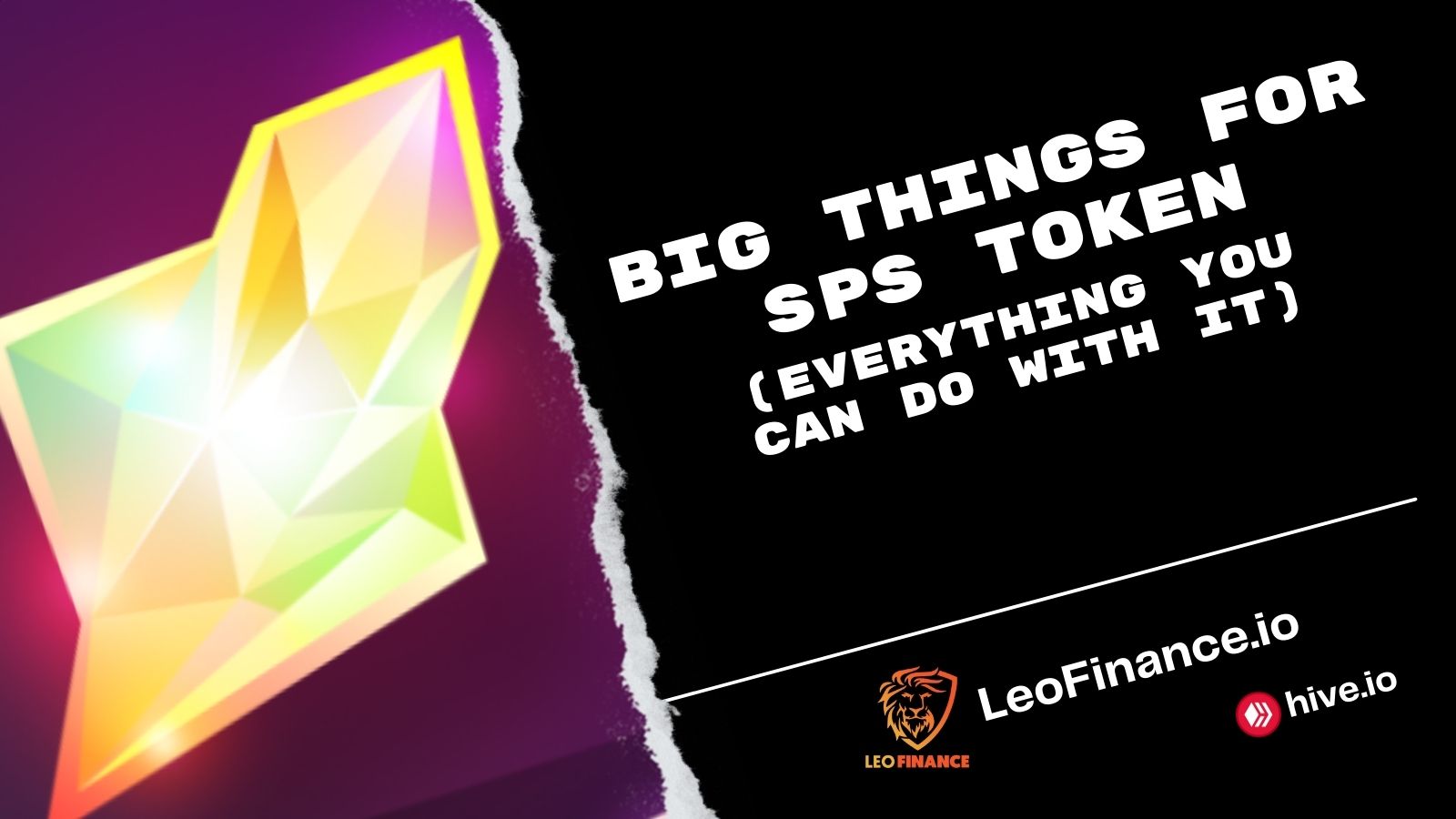 Big Things For SPS Token (Everything You Can Do With It)

The SPS just continues to show the power behind it. Unlike other tokens SPS has many use cases which continues to grow and one of the more popular ones is airdrops as always! lol

SPS stands for SplinterShards which is the governance token of the Hive blockchain game Splinterlands In total 3 Billion will be minted of which 860 million have already been produced. This means roughly 2.14 billion are left to be minted over the course of the next 4-5 years.

What you Can Currently Do With SPS

Currently SPS can be staked within Splinterlands and earns other SPS and Vouchers on top of it. These vouchers are used to buy or help buy items within the game such as early access, extra packs and nodes.

What's To Come For SPS

This is all speculation and things we hear. None are fully confirmed in terms of values or when/if they will happen.

Lands - At some point it's looking like maybe early 2023 land will be released in Splinterlands and become part of the game. From what we have heard SPS will play some type of factor into land plots perhaps harvesting bonuses?

Airdrops - The big one that so many people always get excited for. Airdrops for other games through partnerships that the team does. We know of one that was announced today that deals with soccer and is expected to have a pack sale as early as October! If this one is a big hit I could see a endless lineup of new partnerships all of which will in some way rewards SPS holders!

Buying Exclusive Items - One of the biggest things we are seeing happen within Splinterlands is exclusive packs that can only be bought with SPS tokens. This was also the case with nodes and most likely will become a bigger part of the economy system that Splinterlands offers.

All of these things are putting increasing value on the SPS token and being the emissions reduction we are also seeing the demand increasing which most likely means we will be seeing a steady increase in the value of SPS as we get closer to these release dates.

What we are seeing right now is what I believe will be the biggest move into crypto and Hive ever. As resources become more of an issue on Hive these platforms are going to need more and more hive in order to onboard their user base. Also with the next update of the hive blockchain I do believe we will be seeing delegation of resources which could be huge as more applications come on to hive and offer up something of a rental type system or loan. All I know are we are at the start of what very well could be huge moves for both splinterlands, SPS hodlers and Hive itself in terms of more users

Are you stacking SPS if so what is your preferred method?

Been messing with the pools on TribalDex right now. So far, it seems to be paying out great every day. Going to keep growing my stacks and shares there.

Splinterlands is once again bringing another huge game and partnership to Hive! Only the people staking SPS will get the SPS, simply holding it won't qualify you for the airdrop I think.

I'm staking the majority and providing some liquidity on the Hive-SPS pool.

My original plan was to mostly just stake what I was being airdropped and what I earned for having some staked already. With all of the news that keeps coming out, it's become apparent that I'm going to want more SPS. I don't really want to unstake any, because I'd like to be able to get the new airdrops for these sports games. While I may or may not be interested in playing the games, I would like to get the tokens airdropped. If nothing else, I could sell the tokens and invest more in Splinterlands. I always need more funds for that.

After watching the Town Hall today, I decided to pull the trigger and buy some more SPS to hold liquid. I may continue to do this as I get more funds. I already convert 15% of my paychecks to Bitcoin automatically as I get the deposits. I can use some of that to get more SPS if I want. I'd really like to get as many of the Riftwatchers packs as I can. I loved the Dice series of cards and I think the Riftwatchers packs will be similar in terms of getting awesome cards all the time due to the significantly smaller number of cards in the series. The artwork for the Riftwatfchers cards that has been previewed so far looks amazing. It might be the best-looking series yet.

I stacked some from the airdrop but I don't think you can ever have enough.
!CTP

Sps been doing great and another partnership again. I am happy I have invested some money into sps and I want it to be growing because is the next big thing for hive

I originally wanted to buy packs, gonna buy SPS instead