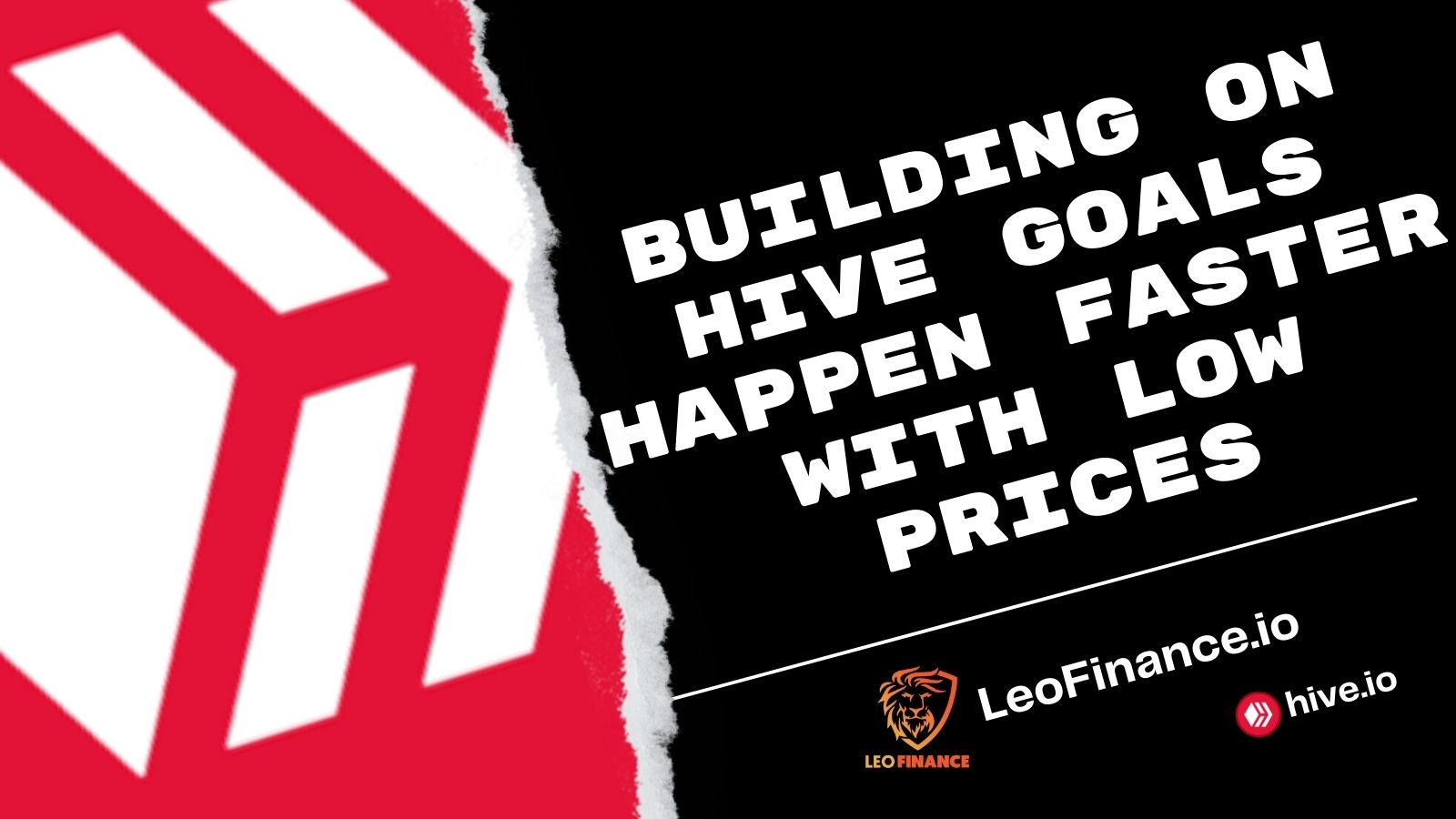 Sundays are more of my lazy days in terms of article writing and its a day I personally like to take to recap the week and track my goals mainly to see if I need to make any changes for the coming week or get my butt in gear if I start seeing myself slip away from those goals I set for myself. The worst thing I feel is setting a goal or year long goal and then come December you're scrambling around trying to reach those goals realizing you are so far away. This weekly process allows me to make more adjustments and make better changes to my production, work ethic or maybe even realizing I can take some extra time off and not really worry about my goals (which is a awesome feeling I would encourage you to to get to)

This report is not just a report of my stacks it is instead a way to show others what is possible with constant work and dedication along with some information on changes I am making and things going on in the crypto world about why I'm making those changes.

This one is still climbing on me each week by about 2-3 which is starting to put me in a pickle for wanting to hit that 100k mark. I had sold off a large amount of vouchers when the last rally hit which gave me a lot of hive but I ended up converting that into SPS. I'll go more into that on the splinterlands or other section below as to the reasons behind that over keeping the hive and powering it up. 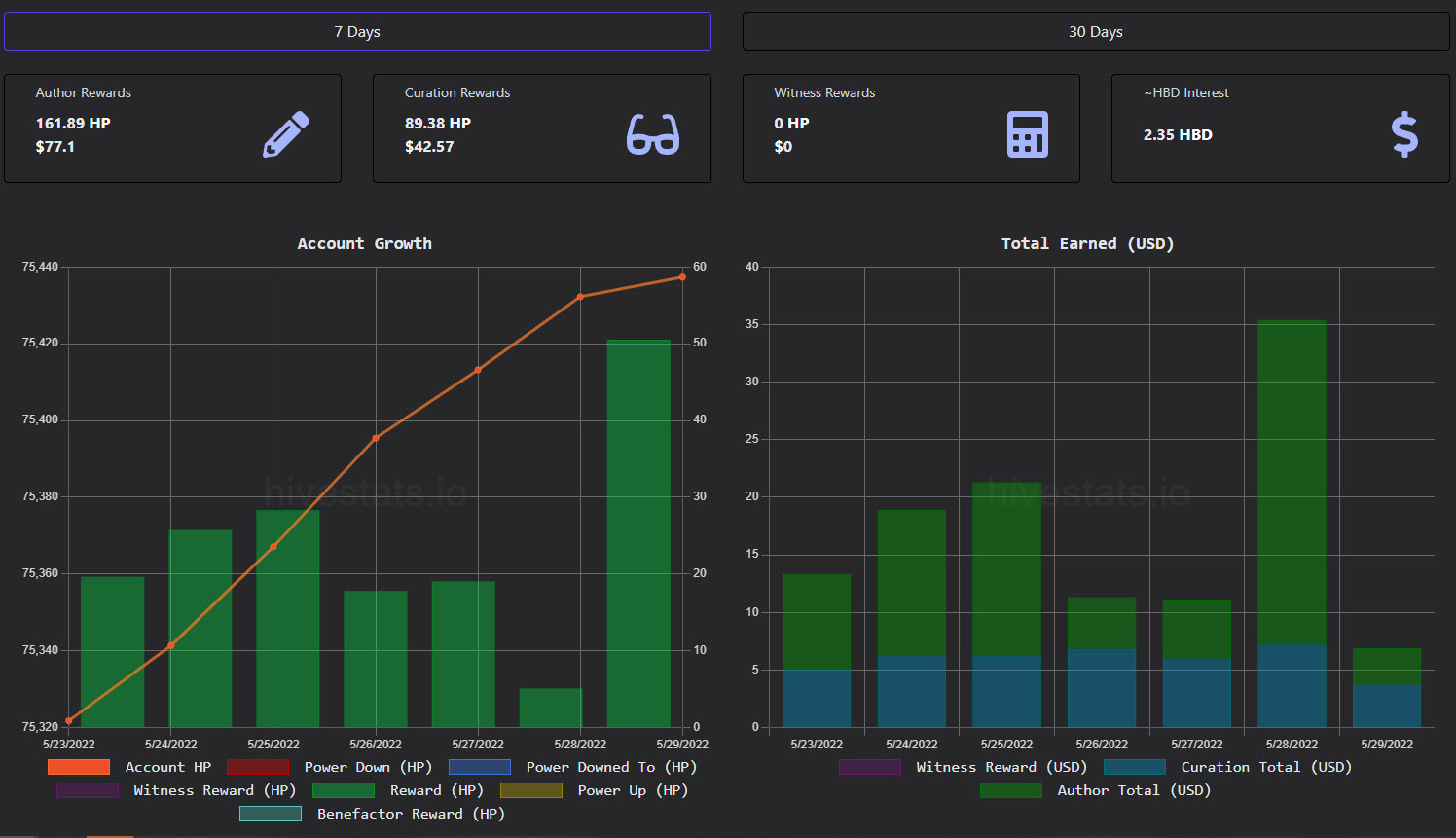 Overall very happy with the results of this week on the hive front. While some of my articles hit some of their lowest numbers ever in terms of votes etc I'm ok with that and understand I'm not entitled to votes if people don't want to or don't find my article valuable.

LEO has been making big waves for me lately. I am now a ambassador of that platform which pretty much means I do everything I was before but I have a little more power on voting and I can contribute more to the ecosystem via suggestions and information. It also allows me to devote a little more time as I have a bit of a "payment" each month but trust me it's not much so don't go getting upset haha. The biggest benefit is the 10k more delegated LEO power I have which has allowed me to make a lot more smaller votes and spread them around to people who are new to LEO. This in itself is a rather time consuming process.

This daily needed number dropped by a small amount but I believe come next month I'm going to try and speed that up a bit more so I'm well under 50 needed daily which I feel would be the sweet spot. Sooner the better though!

As far as other LEO projects

I really wanted to get one of these up and running but again I just couldn't find the time or really the willingness to spend 3 hours + setting the dang thing up and learning it for the small amount of rewards it pays out. It's still on my list though but it is a low priority item for now. I feel it will be worth learning again as I use to run nodes for POS networks years ago. I also feel it will be good learning for when Splinterlands nodes release as I do want to run one there to show some extra support.

With just under two months left till the SPS airdrops left and only a few other SPS rewards programs kicking in I feel the price is going to go for a shocking high amount come Q3 leading into Q1 of 2023. We also saw some burning of SPS via the nodes that were bought which is further decreasing the amount of SPS floating around.

After 2 months the airdrop will stop and people who want SPS are going to find a pretty hard time coming by it I feel at least at first till guilds and rank rewards start paying it out as well. That plus soon Q3 I believe will see "dice" style packs which can only be bought with SPS (and locked up or semi burned maybe) will further increase the demand and price of this token. That means my primary focus right now is to get as close as possible to my 1 million SPS goal.

Having 1 million SPS would pretty much replace a full time income just from passive earnings on vouchers and SPS. Throw in the very real case of the price of SPS increasing next year and I have a strong feeling I'll be sitting pretty. Of course that's a bet and a best guess the markets could do anything so there is always a risk of losing it all in any investment.

This was a pretty straight forward report this week but I hope you found some nuggets in it and I hope it motivates you to start taking action today and building your Hive/ Crypto assets.

I think you are at a point where the goals will be impossible for you to beat. You've reached a critical mass where earnings just pick up momentum. I wish I was there.

Years later and lots of hard work yes lol. plus investment. My hopes are that it can start offsetting some of my income because that's really the ultimate goal right? To live off of this crypto stuff. I still feel thats a good 5 years away though but I'm doing everything I can to speed that up.

I feel like hive is a safe bet to build that income. I'm not sure what else is worth grinding so hard with right now.

Dumb question: do you think LEO will ever get to $1? What would you think shall be the catalyst?

The only time it hit those levels was when it was announced there was a airdrop for CUB over a year ago. DeFi was a super hot topic back then as well. I more see LEO around the $0.20 - $0.40 range during normal rallies in the market. The only time I think it has potential for that $1 value again is when project blank is announced and the airdrop is based on LEO.

With just under two months left till the SPS airdrops left and only a few other SPS rewards programs kicking in I feel the price is going to go for a shocking high amount come Q3 leading into Q1 of 2023.

The above is what I'm thinking as well. I suspect we see an uptick in price once the airdrop ends. Hopefully Tranche 1 of the node sales are still ongoing at that time.

Heck we might be in Tranche 2 ;) lol That plus DICE style pack will be released which is SPS only so there's going to be a lot more demand and use case for SPS after the airdrop. I have a lot of stacking still to do myself lol