Creating An Ecosystem That Thrives On Hive 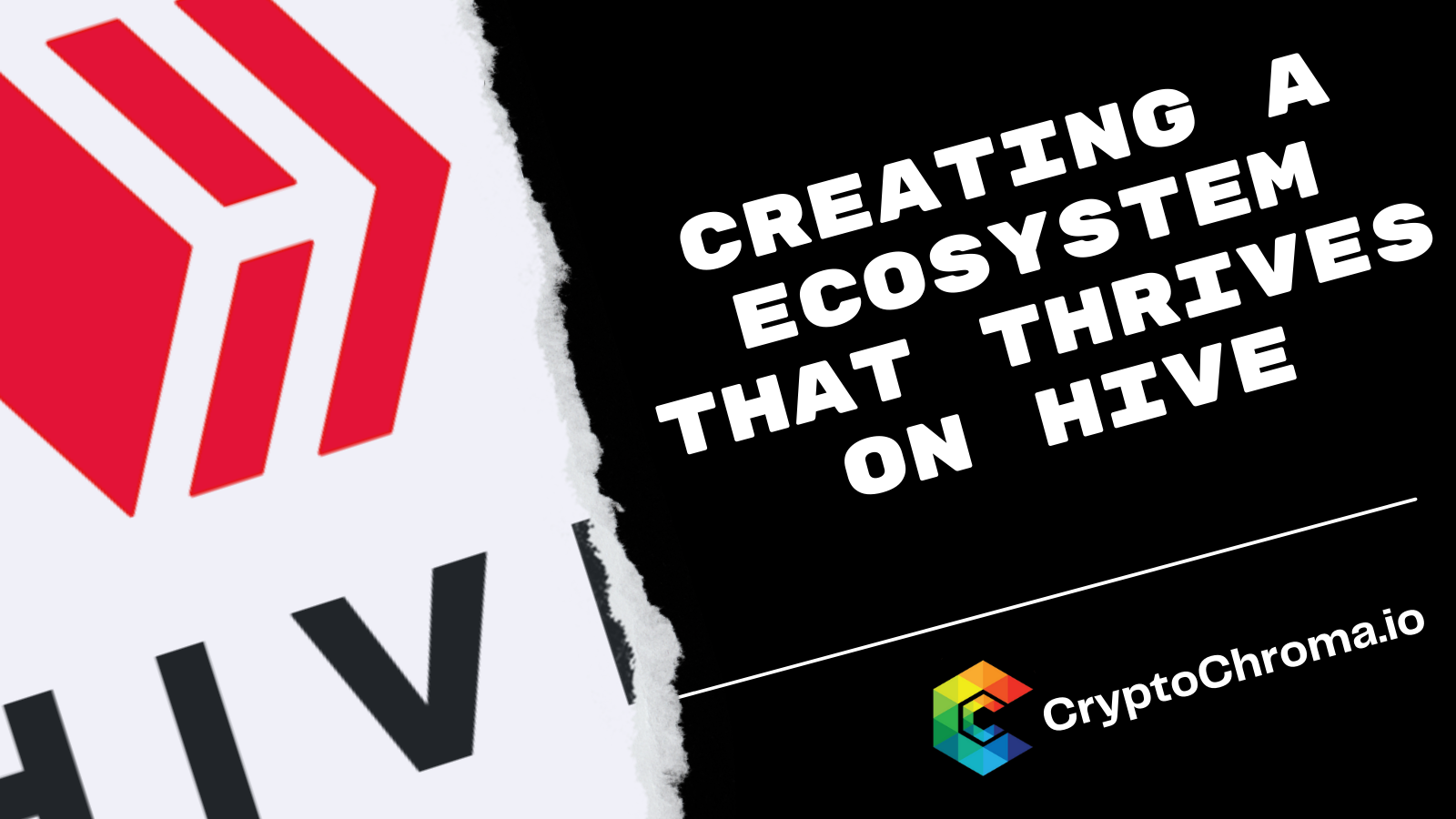 Creating An Ecosystem That Thrives On Hive

Hive has been holding some rather nice price levels as of the last few weeks. What was once $0.15 at the start of this year steadily is now holding steady above $0.70. While it's had some pull backs there's been a lot going on in terms of development on the chain and one of the largest has been Splinterlands This single application has bought up a ton of Hive, provided millions in value and continues to grow and get people on boarded on to Hive many of which don't even realize at first they are on Hive and that's kind of the beauty of Hive itself. It runs in the background without even knowing it as a feeless and quick blockchain that continues to scale.

The secondary aspect of this is that a community is forming and growing around the game on a new front called SplinterTalk.io If you remember from before I talked about how important building a community is and how that community then becomes your biggest supporters and promoters. You don't go off spending thousands of dollars each month on marketing instead you build a heck of a platform and allow your userbase to naturally promote it to others and that's exactly what we are seeing take shape here.

There's constant growth happening on Hive right now and many new projects in the worlds/beta below is a list of the ones that come to mind but feel free to drop details of your project or another project you know about in the comments.

This network is rather large in it's undertaking and it's going to take me a bit to figure it fully out myself. I most likely won't totally understand it until I see it running live (I often need that hands on lol) This platform will be an alternative to Youtube and decentralize the way video is shared.

Many of these games, platforms and communities have been born this year. In fact many within the last 6 months which shows us massive advancement in the growth of the overall blockchain of Hive but more importantly the capabilities of it.

@xplosive 67
about 2 months ago

SoMee - This has been an interesting project and gives me the vibes of Facebook.

This is the first time I hear about this, and it sounds interesting.
Good to see all of these projects in development.

Yeah SoMee has been around for a while but it was pretty dead and seemed to be part of steem. But as of 2-3 months ago they said they where changing everything and working with Hive along with other blockchains. I just haven't seen much come of it yet. Still worth building up some following in though for that just in case moment.

I didn't know @splintertalk.io. In fact, I don't play Splinterlands, but I'll take a look anyway. Thanks for the contribution.