Expand Your Crypto Game With These Marketing Tactics 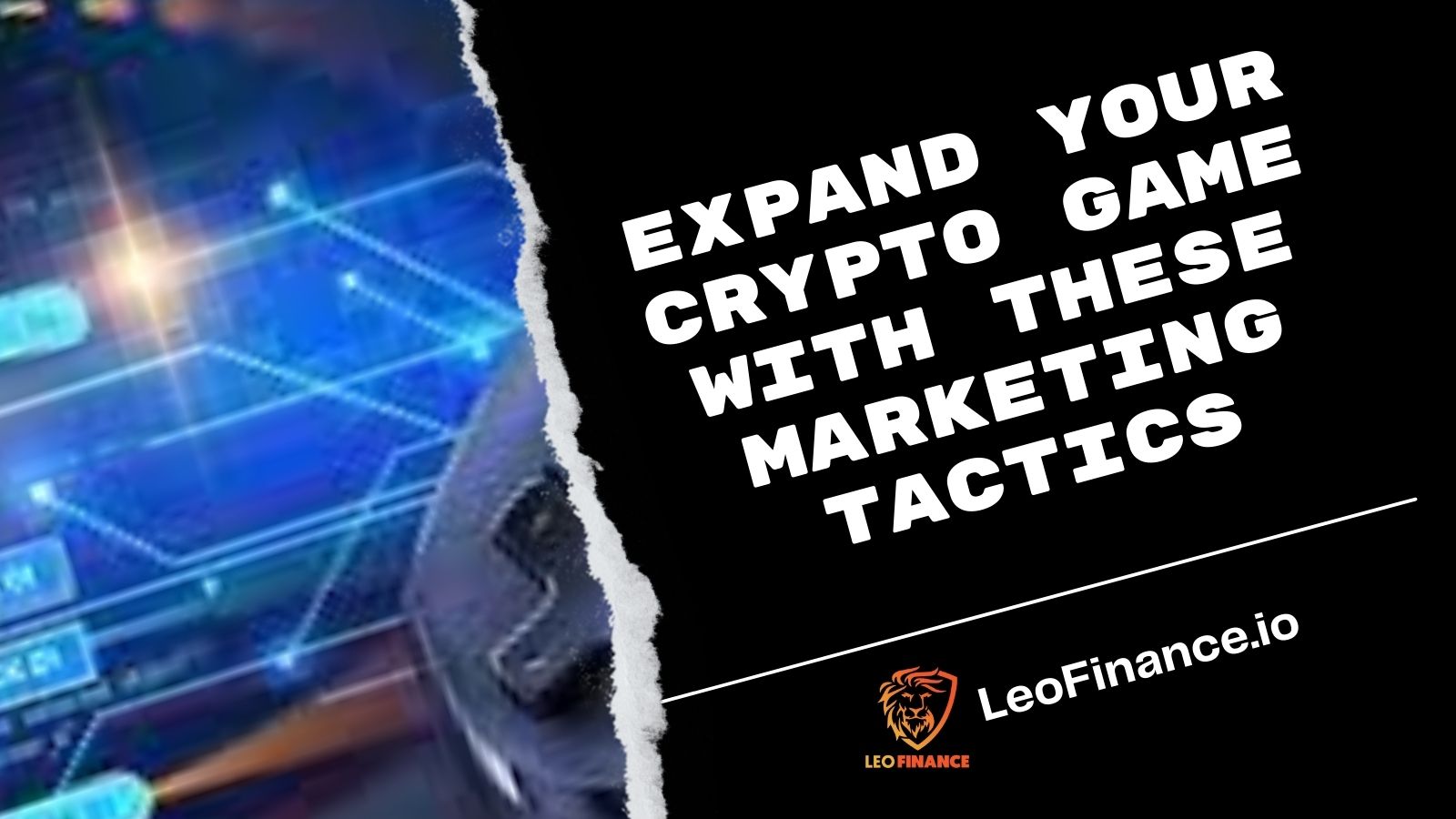 Expand Your Crypto Game With These Marketing Tactics

The gaming space was steadily growing for the last few years and with it the streaming era. With lockdowns hitting the world 2019 and 2020 swap an explosion of growth in both streaming services, battles between giants to take hold of streamers and what would become known as the play to earn boom.

Play2Earn, Play and Earn or Play and Own games however you want to say it or call it are going to be a critical part of crypto adoption and the birth of new companies outside of your normal main game studios. We have seen a number of top of the line titles already come out such as Axie Infinity, [Splinterlands](Expand Your Crypto Game With These Marketing Tactics) and many more. Most of these are NFT collector card based browser games but a new era is quickly taking shape and that's what is known as triple A titles. These titles are things like Fortnite, Warzone, Counterstrike, league of legend, Apex and so forth.

Some of these titles and companies have tried to enter the NFT and crypto space a few times and have been battled against from the community and gamers.

It's mainly because these companies don't understand NFTs and the crypto space to be marketing to it effectivly. Primarily these companies are looking at it as a cash grab or a cheap after thought which I have to say is sad and will eventually in the next few years leave them in the dust if they don't get it figured out.

The point of NFTs is ownership. To be able to freely own the digital asset that does have value and rent it out, delegate it, trade it or sell/buy it on a decentralized market.

With that brief history lesson and look into the near future you can see as a game developer yourself that right now you have the very real possibility to launch the next big hit and more importantly have monetary and social support of the community you build around it like never before. Here are the key factors to help you launch your next NFT/Crypto based game.

The first thing you will want to do is provide important information about your companies goals and what the general mission of it is idea for the game is. This development phase is a way to raise capital to fuel your project and hire on the team you need.

The best ways of doing this are still your traditional old school sites such as Wiki pages and blog posts. However I want to soon expand on the blog post part of this and throw in a new addition which would be your lite paper.

The lite paper might be new to many in the gaming space but it's a general outline of the project that shows transparency as to the goals and commitment of the company along with general tokenomics, marketplaces etc.

Now expanding on that blog post idea. For the most part your going to be doing development updates and even after your game is released you'll have updates, future plans, changes, patch notes etc. Now you can post this information of a platform such as Hive.io and be rewarded in crypto funds to help fuel the project, expand your reach and provide the community with quality and transparency.

The other cool thing about this is you could build a community website with it's own layer two token for Hive. This would again reward your community, provide more value to them and provide you with a central spot to launch future games and continue to update the community. A great example of this is what Splinterlands is doing with their Splintertalk.io community. Here they provide key updates but also it becomes a community of people sharing their battles, strategies, walk throughs and so on all while being rewarded for their efforts from the community.

As much as people try and sell me on pushing Facebook ads, Twitter ads etc. The results and the over priced nature of these sites make it very hard for a small business to compete with. In general it's more about exposure for these companies so they can afford to take the hit as it's about general branding for them and comes much cheaper than other marketing methods.

The next best thing?

This new method of marketing has been on fire and for good reason. More people are now watching live streams and this number will only continue to grow. Also people are much more likely to take action on the sponsored stream not only to show support to their content creator they follow but because it's been recommended by someone they trust. This builds a much deeper and personal connect and often times that game or sponsorship is talked about days if not months after it has taken place.

A few tips when working with a influencer.

Either have interactive and fun clipable content that highlights your branding and game or be prepared to pay a higher amount if the creator works with you for custom ideas that would do well with their personal community.

Do you have a game idea you're looking to build on the blockchain? Check out everything Hive.io has to offer with it's fast feeless transactions.

@skuration 55
3 months ago
Thank you for sharing this great content, You have been manually Upvoted by @skylinebuds

I am in the social media marketing business and I will have to agree with you @bitcoinflood. Paid ads on social platforms suck. Too centralized and "not so cheap" anymore. Moreover, your whole business model is at the mercy of a third party. The best way to get high-value leads is via organic means. Anyone can do paid ads but doing something valuable for the people and attracting them to your platform is still the best way to move forward. Content marketing, Influencer marketing, Livestreams, and Podcasts are the newest and much more powerful ways to build your brand.

thank. was just looking for this!