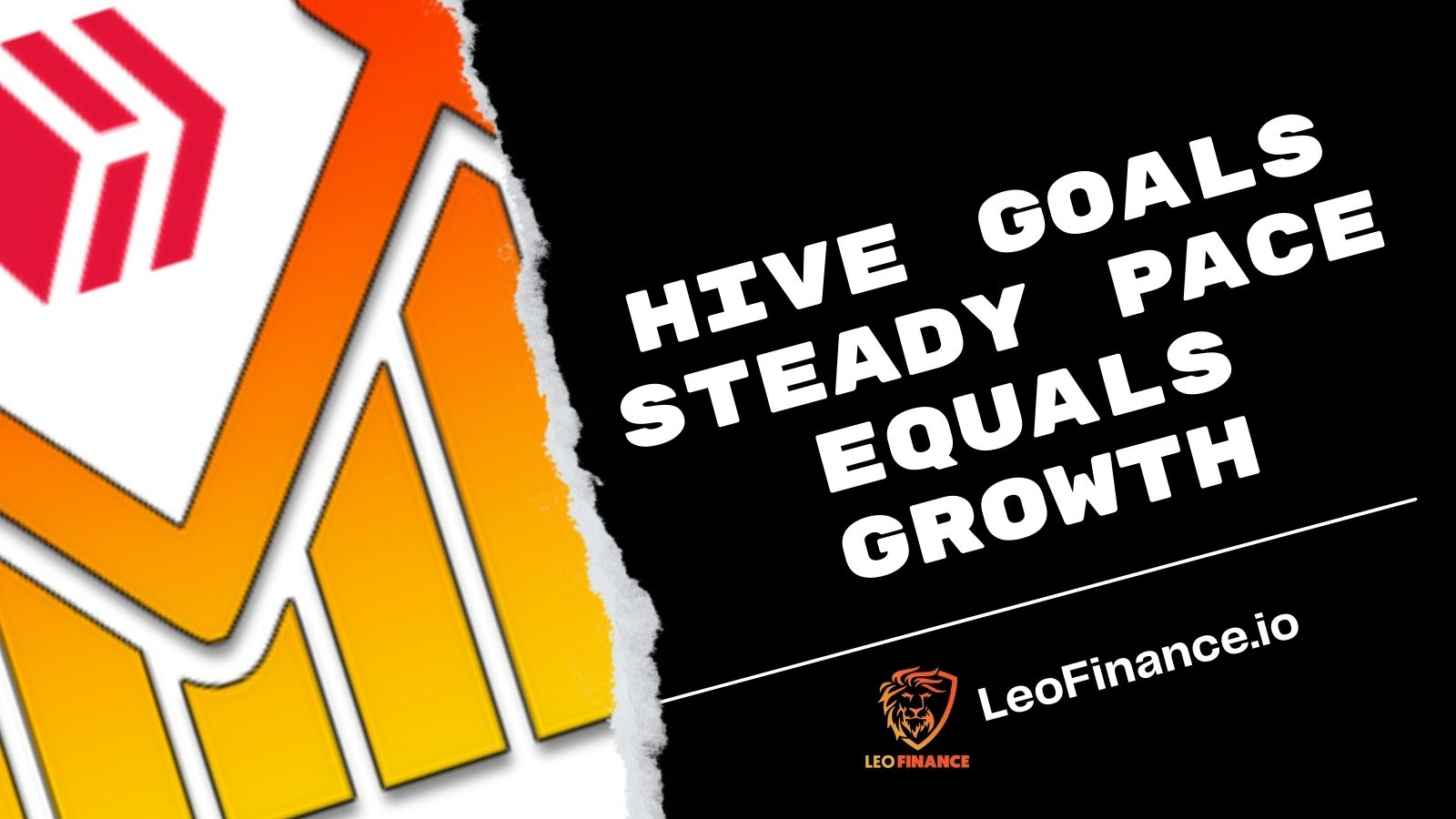 This is my weekly goals report it's used to keep me on track personally but also I want it to act as a way of showing others what is possible with constant commitment in time, money and quality. I've been with hive now for 5 years and invested decently into startups such as LEO and Splinterlands Two of what I would say have been the most promising and successful investments here on Hive.

*This article is not investment advise and is for entertainment purposes only.

I got servers moved, for the most part cleaned up and it's something I've been wanting to do for a while now but I knew it was going to be time and labor intensive and kept putting it off. However it's done! Now 3 weeks later the new servers up, faster and smoother than ever. I need to get into a better habit of keeping it cleaned up daily or weekly for a few moments of time so I don't run into something like this again.

In any case that also means it's time to start building again! That means even more articles for my own sites which primarily push DeFi (CubDeFi and PolyCub) along with LEOFinance and Splinterlands. I've had good results with it. Splinterlands nearly pushes a daily sign up from this marketing method and I expect I can ramp that up here quickly with some effort. I plan on keeping pace here however with at least a daily article plus quality curation across the board and will attempt two if there's enough content to write about. (sometimes crypto can be slow or just not much news worthy)

No real big changes on the Hive front this week. That 20% APR is kicking but I still don't understand how we think we can print dollar value and not expect for it to have a negative impact on HIVE. The money has to come from somewhere be it fees, ads or other methods. It's why I believe in the LEO token because I know it's generating revenue outside of itself through fees and ads.

CTP also added in a tipping bot which I think will be good for getting attention to the token and some new people taking part. CTP token has continued to get more use cases and we are seeing decent projects coming out of it. I have a good feeling on this token and will continue to stack it as well.

Still pushing low numbers on the hive front but for two core reasons. The first is a large portion of my hive is now delegated out to places such as LEO which holds a vast share of it. I'll most likely continue this into next month as I really want to crush that LEO goal asap. The second reason is right now I'm holding all of my HBD earned while it's earning 20% it simply doesn't make all that much sense yet to convert it to Hive for 9%-11% however that might change here soon being that the markets have been tanking it could present a very real chance to pick up low cost Hive which I feel would most likely rebound 20%+ this year.

Another small decrease in the amount needed per day so still moving forward on the right track. It's for sure not as fast as I expected though but it's progress none the less. Next weeks target is 50k+ LEO so we can really kick that number good.

OneUP: 8,469
This token is an extra for the gaming space but it's one I'm stacking as I feel it's very gaming focused and has potential. My hopes are the some work gets done soon to bump the price and provide some more value and use case to the token itself. For now it's just stacking everything earned as quickly as possible on this front as a focal point for the gaming space which is a somewhat side business at the moment that I want to turn into my main focus soon.

Pizza: 5,000+
Hit a new milestone on Pizza! My next goal is now 10k but I'm not pushing super hard on it at the moment like I was for that 5k goal. This creates a little passive income with it's 12% APR on the token for staking it but it also comes with other great bonuses such as taking part in the giveaways on the discord channel. It's primarily focused around gaming but it also has music etc and has build a rather strong foundation of community on it. It's a promising project I feel that's doing a good amount to show what community can build on Hive and thus it's something I feel good about supporting and being a part of.

Splinterlands: Just staking everything and buying in on sell offs. I believe Splinterlands is still in a low point and it wont really be until another 3-5 months before we really start to see the price of things such as vouchers and SPS start to moon. It's because of that I'm simply stacking DEC, SPS and maximizing cards as quickly as possible through other Play2earn games on wax.

I like watching others' goals and how they get there slowly but surely.

I like stacking those splinterlands rewards, even though lots of mine are passive in the form of card renting since I don't really play anymore.

I think the HBD is sustainable, it just needs to spread out into many different wallets.

Its a way to distribute it.

Found you on listnerds, I really like the system they have going on over there.

I still don't understand how we think we can print dollar value and not expect for it to have a negative impact on HIVE.

Same concerns from my side as well. But probably they may have taken all these things in consideration before taking this decision.

Evidence of the compounding machine continuing.

Everywhere we turn, it is there. How people fail to see this is mind boggling to me.

It looks like your goals are going quite well and I think focusing on a few does help.

Just wondering, but what price does Hive need to reach for you to think it is attractive enough to take out the HBD from savings? I have been thinking about it but I think the 80 cents region is quite nice but I probably wouldn't pull out my savings there.

I share the same thoughts with you as to the direction of both VOUCHER and SPS in the coming months. Though just a small quantity, I will keep adding SPS and DEC before the airdrop ends.