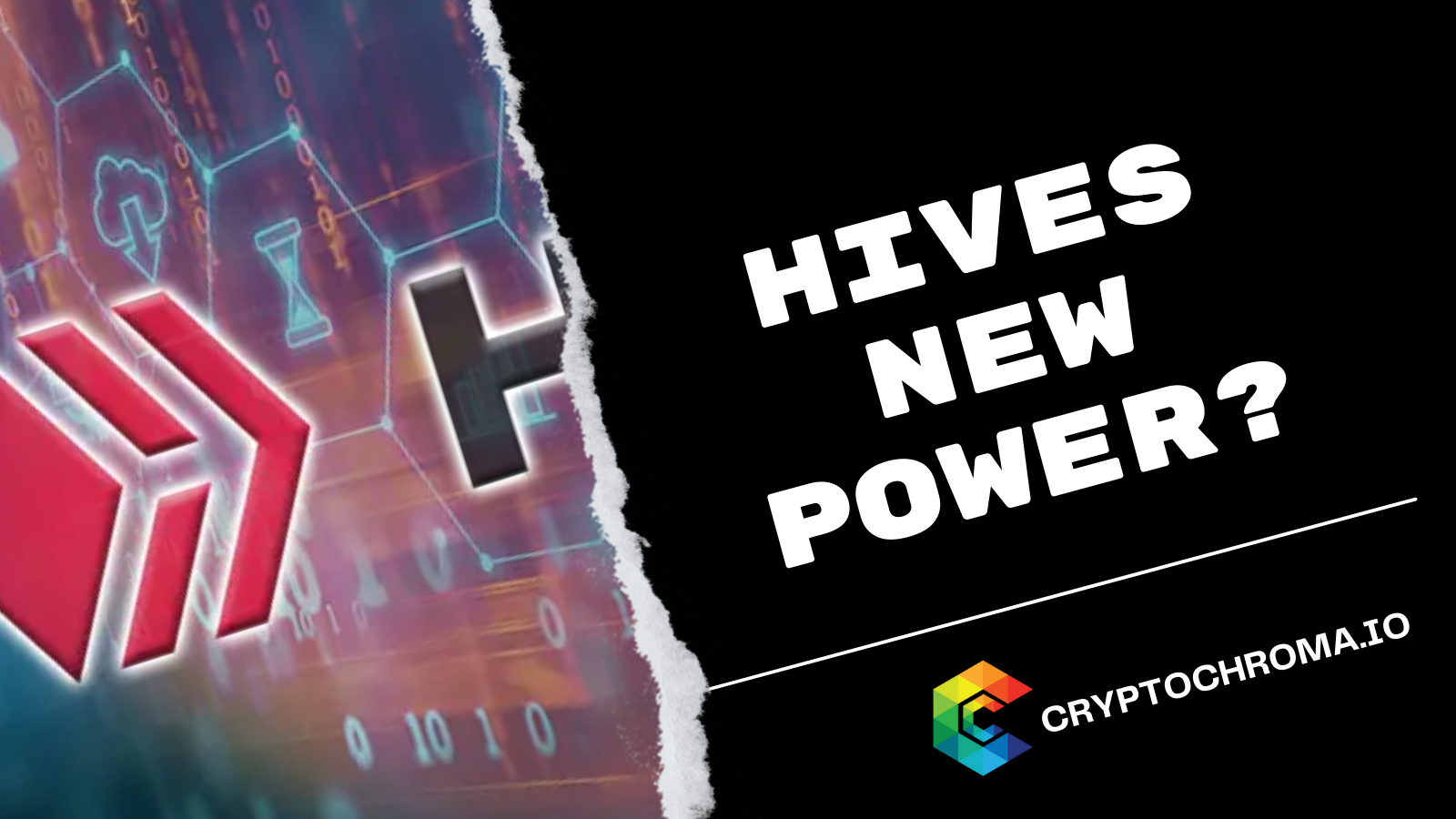 Hive is undergoing some rapid changes that many of you might not even be aware of. What started as a simple blogging platform that used what is considered a "proof of brain" concept has become something much more.

The Early Days Of Hive

A few years ago was the introduction of communities and layer 2 tokens. For the most part these layer 2 tokens only had a few. From what I can remember the main two I worked with those years ago were PalNet (which has changed into a prediction type token) and Leo which has evolved into much more than just a blog platform token. LEO can now be wrapped on to the Ethereum blockchain and Binance blockchain to be used in DeFi platforms and other applications for swapping. It's come a long way in just those few short years.

In 2021 Hive blockchain went under one of the largest increases it's seen. The token price of hive hit over $3 for a few hours from it's all time lows of about $0.11- $0.14 earlier that year. Much of that increase and steady hold around $1 mark I would have to say I contribute to the success of one of the largest play 2 earn games called Splinterlands

We also saw the first introduction of Hive to DeFi via CubDefi which allowed the wrapping of a layer 2 token LEO for Ethereum and Binance. From there I have to say we have been pretty stagnant on the front but understanding that production takes time with lots of testing before it's released. Just take Ethereum for example still trying to get to ProofOfStake since 2017. 5 years later and we might finally see it!

Hive 2022 Is all about growth and attracting in developers to build applications on Hive. To me this is a pivotal turning point for hive where it goes from hive being a reward token for quality blog posts to a way to pool resources for your application to run on the Hive blockchain and on board new users.

It wont be overnight though these applications do take time to build but the fact that we are going to expand on them means a number of things.

The first being Hive will become more scares over time as people want the resources for their applications. (We might even be able to lease it out at some point who knows)

The second could rewards be phased out for posts and go to a layer two option? I'm leaning towards no however maybe a reduction. To me a application should be posting blog posts and updates here on hive with project updates etc. Then the community votes on it to reward that application and that's the way to fund the project. Not enough people use let alone understanding the DAO and I don't think there ever will be.

The Third these applications are ground floor opportunities to get involved and check out. I would highly encourage everyone to continue to explore hive for opportunities such as this. Heck I remember getting in on Psyber about 2-3 days after they wrote their first post.

In any case I hope you all can see the progression of Hive because looking back at it just a year ago there wasn't much from what we now have today. Where will Hive be in another year? I expect 2x-4x or better along with a number of new applications and maybe even changes to Hive itself.

Hive is becoming a truly decentralized/distributed organism. Like a cephalopod but with even less head in the middle and others sprouting up along the tentacles and spawning their own system that ties into or feeds another system and the main system. It’s almost more of a slime mold or ooze I guess now that I think about it.

Amazing that Hive is still pumped in as a 'blogging platform' and there is nothing wrong with the blogs lol But it's soooo much bigger than that!

I think you are right, the tools are being put in place now to really attract devs! That's so important for our growth.

A crypto Hub for anything crypto, show me one thing or utility that isn’t present on Hive? It’s almost impossible to mention

Forgot to add… I’m starting to get the slightest glimpse of what RC delegation could look like and it’s getting me excited.

I generally delegate about half of my HP out and it would be nice to pull it all back and delegate the rechargeable/renewable resource it generates instead.

The second could rewards be phased out for posts and go to a layer two option?

The rewards pool is an EXTREMELY effective way of distributing tokens to the maximum number of people.

Imo, removing this would be a disaster.

Agreed, do you feel a DAO should be nixed then and more pushed into the rewards pool so the community votes with their vote power on the projects they want to support? This would make it so projects would have to constantly post updates in order to get votes to fuel their projects instead of slapping thousands of dollars at them and then hoping they do the thing.

instead of slapping thousands of dollars at them and then hoping they do the thing.

This is certainly one problem with how the Hive DAO works.

How is money not held in escrow and released on a revote after satisfactorily delivering the work?

Savvy projects can already use the rewards pool to fund projects.

Look at Khal getting SMASHED with downvotes from the Hive Elite.

He has literally built Hive's connection to the rest of crypto for years without any help from the DAO and they're STILL for some reason smashing him over being subsidised a couple of hundred bucks in rewards.

I just don't get it.

Does anyone really use a downvote for good? I say remove the downvote system because a decentralized system someone's allowed to vote for spam if they want. I'm being a little sarcastic there but that's why a fully decentralized system just will never work. It always turns into spam and trash.

One of my frustrations is seeing outward facing content designed to bring outside money back into the system, with a ton of downvotes.

Surely the potential value of bringing new money into Hive outweighs what is nothing more than token distribution from our rewards pool.

It does my head in.

I'd love to just see rewards on posts hidden from front ends unless they click.

That could be a interesting and pretty easy test to see it hidden.

The curation trails I feel are also part of the issue as people just follow the big ones blindly so they get massive upvotes.

Hive is an entire Universe. I can't begin to imagine what we will have built on top of it in the years to come.

Where will Hive be in another year? I expect 2x-4x or better

I think that's on the table, for sure!

A lot has been going on Hive and many of the dapps built on it are gaining momentum.

FYI from my research, you can already rent out your hive power here:

I havent tried it myself, but Ive seen others receive income payments from the platform. Will try it in future when I have spare hive power.

lolztoken.com
I stayed up all night trying to find where the sun was.
Then it dawned on me.
Credit: benthomaswwd
@bitcoinflood, I sent you an $LOLZ on behalf of @forsakensushi
Use the !LOL or !LOLZ command to share a joke and an $LOLZ. (1/10)
0
0
0.000
Reply

Yep that is true and your LEO power as well. I haven't messed with it myself though either. I expect there will be more of it once the resources start to get limited or resource costs start to go up.

Im hoping it keeps the blogging part. I've been blogging since before the Hardfork from Steemit and have built quite a nice community around my blog. It would be a shame to see that go,