Splinterlands Vouchers For The Future 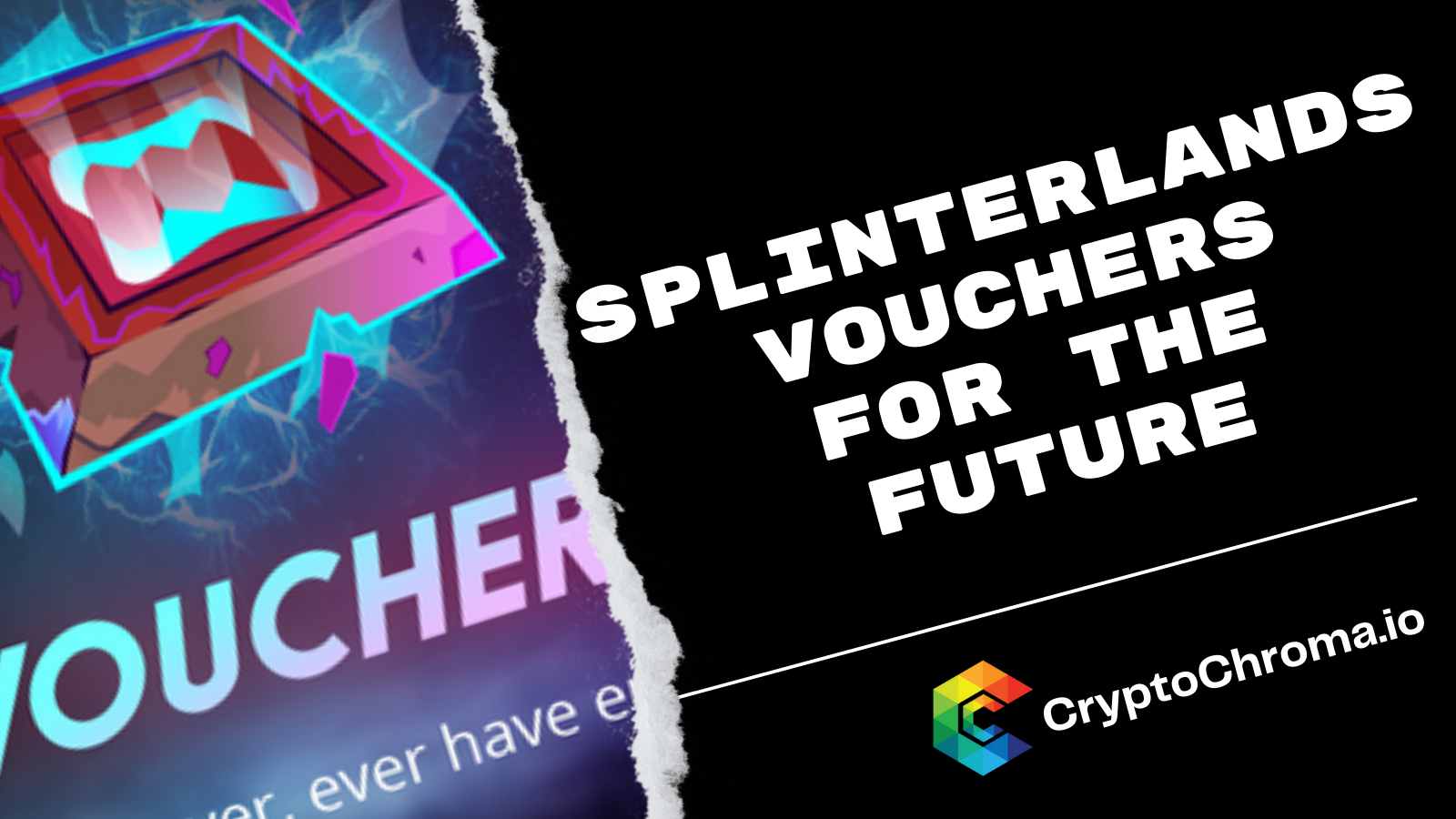 Splinterlands Vouchers For The Future

Splinterlands has really become one of the most popular games in the play to earn or NFT Gaming space. What's really awesome is it runs on HIVE and it's been one one the single assets that has really taken Hive to the next level.

One of the hot button topics at the moment are vouchers. But not only pre-launch vouchers which I covered here:

Since then we also got an update from the Splinterlands team that vouchers will be required after pre-launch and from the looks of it for the next 2 million packs of which they will be dropped twice as fast.

That means next month after pre-launch vouchers are done there will be twice the amount of packs dropping.

While this might not seem like a big deal it is as it puts even more pressure on SPS buying but also that 3 million of the 15 million packs so far will require vouchers. This more than likely continue on forever to award and create more value and demand for the SPS token. At least that makes sense to me. I don't see putting 13 million packs up for grabs at $4 each benefiting smaller/newer players but instead offering up SPS reward vouchers and that being more of an even playing field. Perhaps reducing the max SPS cap on vouchers to 500k or less could be a good play at least for this initial part to spread it out instead of driving up price gouging (that can come later) for now long term play to me would be getting as many people in the game at lower pack costs so demand for cards to max them increases.

*P.S sorry for the little MIA lately it may continue just due to an emergency that came up.

The Growing Value Of SPS

SPS governance token to me is extremely under priced. I'd honestly peg the thing at $3 but due to other items I'd put it at a safe bet of $1.50. Not only is SPS a governance token but it's also a proof of stake token, voucher airdrops, later voting, future airdrops, defi token on both CubFinance and Pancake swap.

What are your thoughts on the voucher system?

I am pretty new to Splinterlands but have been playing consistently for 16 days. I am hopelessly addicted, especially when I get awarded cards.
Being so new the voucher system does seem to level the playing field for all of us. It was my understanding that the voucher was only needed for pre sale and those that took part in the pre sale will qualify for the limited promo card air drop.
I am sure there is a reason for Voucher but it is beyond me lol

they wanna release packs slowly, trend has been whales buying up all packs super quick and general population is missing out, and the whales just resell the packs on secondary market higher price because theres no new supply. This way its less concentrated. And also to give a usefulness to staking sps because apr from staking has gone from 140% to 50% in last 2 month because higher amount staked and total paid out per day is unchanged so less per individual sps.

I guess I won't be participating in two more airdrops but it does give me a chance to generate more funds to buy packs afterwards. At least I don't have to be in a rush to sell my untamed packs to fund my purchase of 500 packs or so in the general sale.

I agree! sps will be worth a lot more in the future. I think once the voucher requirement is gone a LOT of people are gonna buy sps to buy packs with and prices will shoot up, that's why I bought my sps tokens now and just hold them until I can buy my card packs :D
for now with these prices.. I have to sell my vouchers though.

I’ve got a nice bit of sps in the cub kingdom. Really good apy as not many people care about it yet it seems. For the dec farm that is a lot different.

Also, I remember two comments about sps in ama’s:
1 I’m the future sps is all you need
2 the team will continue to find use cases for staked sps

I have made a mistake when Uniswap created their governance token as I have underestimated the value of it... I will not repeat the same mistake with SPS! :)

If I got you right, in the next month (after this presale) there will be available 2M packs and distributed 4M VOUCHER tokens?

I would say it would depend on the implementation of the remaining SPS use cases when the price will start to rise again. Once SPS staking on players starts, I expect to see a spike in the price from where it currently sits. Also, once the continued uses of vouchers are laid out in detail, that may also pump the price as the only way to get vouchers is from SPS or purchase on open market.

If those two things are solidified, $3.00 will be reached not to long afterwards.

I definitely agree SPS is undervalued because of the nature of a decent chunk of the playerbase that doesnt understand the long term value of it and sees it as a source of free money so they use every opportunity to sell it, or others correctly realized dec pays much higher apr than sps staking alone not counting voucher value. So once the airdrop ends, i think we will see a steady march up over time, and a true explosion after 5 yrs from launch when staking rewards and all minting ceases. Just my opinion I am new to the game since August but I have a degree in Business with Double major in Finance and Economics. Best luck to all.