The Big Hive Report / Goals and What's Next for Hive 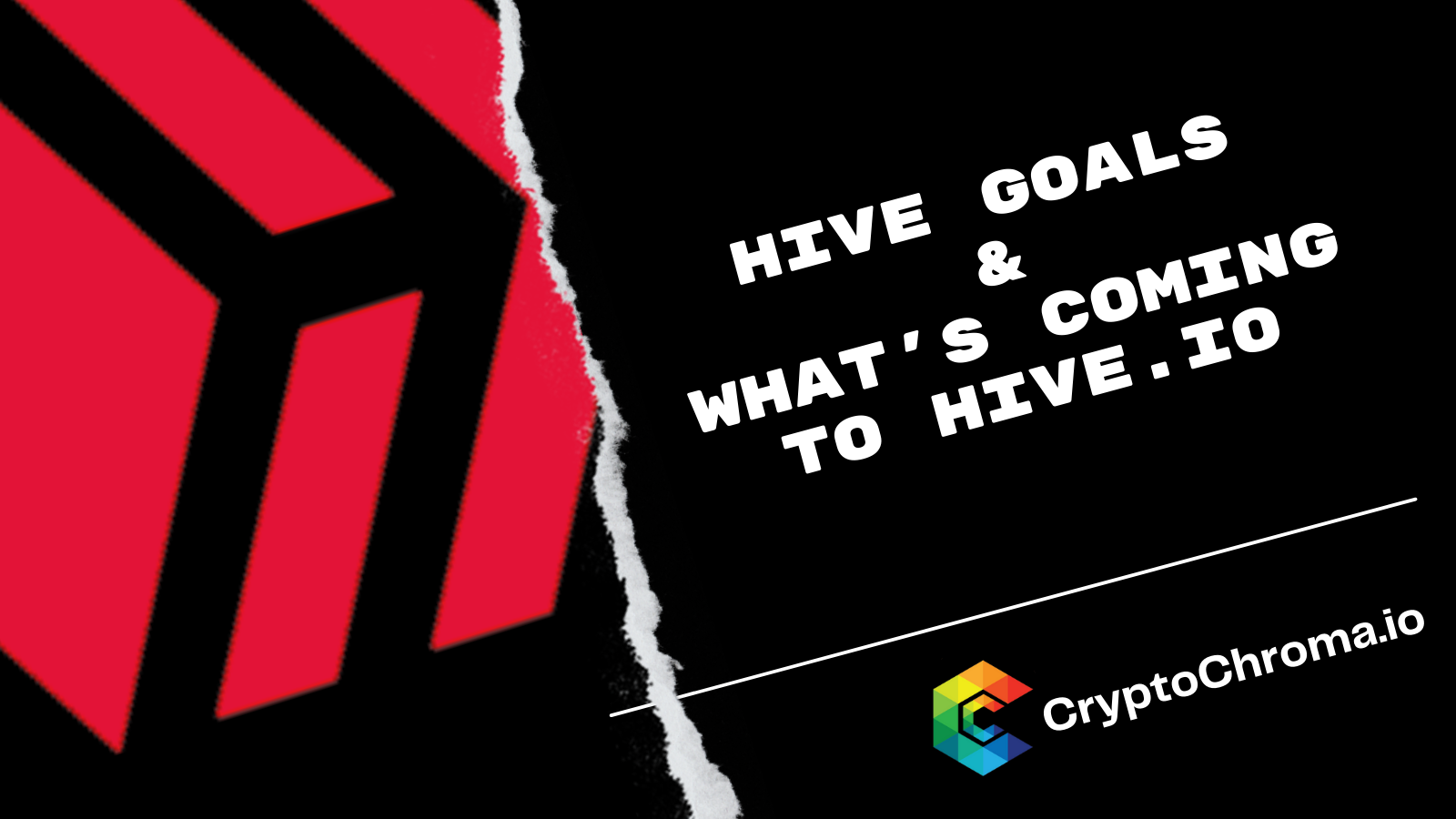 The Big Hive Report / Goals and What's Next for Hive

I haven't been doing these every week however after the bloodbath of the last few days I feel like it's not only motivation to myself but possibly motivation to others to show possible options and what kind of payouts etc you can look forward to during these times.

Make no mistake about it we most likely are going to be in a bear market for the next few months. The over bought meme section and the economy in general being blown up in nearly every possible way is now starting to show its ugly head.

I start this year with two main goals and a few stretch goals. Of course these could change but these two main goals are ones I want to hit ASAP and continue to grow from there. Personally I thought it was going to take a good half year to hit them even with some major push but now with prices down low these goals seem like they can now be very quickly achieved which I'm pumped about!

100,000 Hive - At this rate on pure auto pilot I'd make about 2,800 Hive a year or 7.67 a day. However with active curation only plus the interest rate currently on Hive we would be looking at more like 12,000 Hive or 32.87 a day (that's a decent amount of passive income with a little curation work and not writing any posts)

The Stretch Goals
These are goals I would like to hit by end of year but it will take a lot of effort. However with this price dip again it's making them very possible or at least the option for a large lump sum change towards it.

Splinterlands is a game I love I've been playing it since Alpha days and invested a bit in it years ago. Since them I've casually built up my decks and I want them fully primed for when land gets released.

I have two primary goals here.
The first being to have a fully maxed out Chaos deck which is shaping up nice. After that I plan on just stacking packs off of the earnings from my other play2earn games on Wax and transferring that over. I plan on stacking packs until they sell out at what point we will watch the market prices. I suspect for them to trade at at least $10 each and mimic what other packs have done in the past such as untamed.

The other is building a total staked supply of 1,000,000 SPS. While the SPS might not earn me much in terms of staking rewards by the time I hit it I believe the other aspects of it such as helping on lands, vouchers etc will all help towards growing a passive wealth machine on Splinterlands.

If you didn't know there is actully a lot of new activity of hive. I'm sure we have all heard about the two airdrops coming soon of Ragnarok game and the SPK network however there are many others and I want to highlight a few of those here.

Web3 as much as some people are making fun of it and media is blasting it as it being just controlled by VCs clearly are not in the game and looking from the outside in. When you start looking at new projects such as Project Blank from the LEO team it starts to open up the possibilities right here on hive.

While I don't believe hive will be taking over the live streaming/youtube industry any time soon at least we have seen some advancement here in providing the option to people which is a step in the right direction. Podping is one of those headways in being a notification system such as like a RSS feed for going live, or updating when a new post/podcast has gone live.It's expected to be multi platform some time here in 2022.

HiveLive brings the ability to have people donate to you while live on stream in the form of Hive, HBD and other hive-engine tokens. For example if you wanted to donate some hive or HBD to me (I'm not currently streaming lol) You could via this link: https://hivelive.me/donate/bitcoinflood by having it connected to OBS or streaming software I can add in the link and setup an animation/sound with it to show on stream.

While I'm not a big fan of what I consider worthless money grab NFTs where are legitimate projects on Hive in the NFT space.
NFTShowRoom Focuses on artwork
NFTTunz.io Focuses on the Music Industry this one could be huge this year
PunksOnHive

Gaming
Still on my list of one of the largest growth potentials gaming has been evolving.

DCrops - Has done pretty nice for itself. It's grown in terms of buyouts in the form of packs and we are waiting for the next drop. As stupid simple and passive as this game is I think that's why so many have come to enjoy it.

Rising Star This game is free to start playing and I have to say it's taken storm because of it. It reminds me of Alienworlds not so much in it's gameplay but by how easy it is to get started. I think that's the real beauty of this project.

There are other games currently in development that should be releasing some time this year. While I don't have that big of hopes for some of them due to their complicated nature I believe there is still tons of room to grow and that there is a place for every project.

Resource Credits
I firmly believe Hive is going to start changing into a resource credit as it's main focus. Like with any blockchain there is a limited supply of information that can be processed in a block. A application or person needs these resource credits which is hive powered up in order to do actions on the chain. As the hive ecosystem grows and these applications bring on more users these resource credits are eventually going to start getting more expensive. While I don't feel we are there yet we saw a bit of this when Splinterlands shot to the top. Now combine that with many of these new applications coming in 2022 and we should see a steady trajectory upwards for Hive in general.

*This article is for entertainment purposes only and is not financial advise. Do your own research before investing and take responsibility for your own actions.

Nice re-cap of things coming up on HIVE! I'm not sure that I got you right, is Hive.live also a streaming platform or just a tipping tool for streamers?

And regarding your goals, I like how you roll... :) Working on two of my favorite coins, HIVE and LEO! Good luck!

From the looks of it it's something like streamlabs tipping where it's a web element you can add into your stream alerts with a donation link so when someone donates to you through it is displays on screen. VIMM is the only kinda decent hive based live streaming platform but I gotta be honest they are confusing and not very well built yet in my opinion. lol gotta start somewhere I guess?

Agree with you... It hurts to see so many Hivers on Twitch and not on "our blockchain"... It would be nice to see a better "home product" for streaming...

Always useful to have someone shared which projects they have an eye on.
Hive is getting tentacular ! Therefore it is hard to keep an eye on everything going on.

Totally agree it's getting hard for me to keep track of everything being developed and going on which is honestly a great thing!

Man that would be awesome. I'm doing pretty good on that end, but no where near where I'm sure you are at. Slow and steady though!

I owe a good bit of it towards the Play2earn games I started in Wax a few months back. The Wax I earn from selling resources on that game are put to buying splinterlands packs and cards on wax because to me it's kind of play funny money over there lol

Wow! @bitcoinflood what a report/bunch of goals you have there! Although, relative to you I am still a newbie 😁, and I appreciate the fact that you mentioned some projects which I was not aware of but now I do. Hive is really colossal. I also like the way you backed your goals with clear and defined elements, which is a key thing my last post entailed. Keep up the good work !

I believe it will happen in this year, Hive price can break the ATH :)