What Is Wrong With The Gaming Industry?

@brando28 59
about 2 months ago
LeoFinance 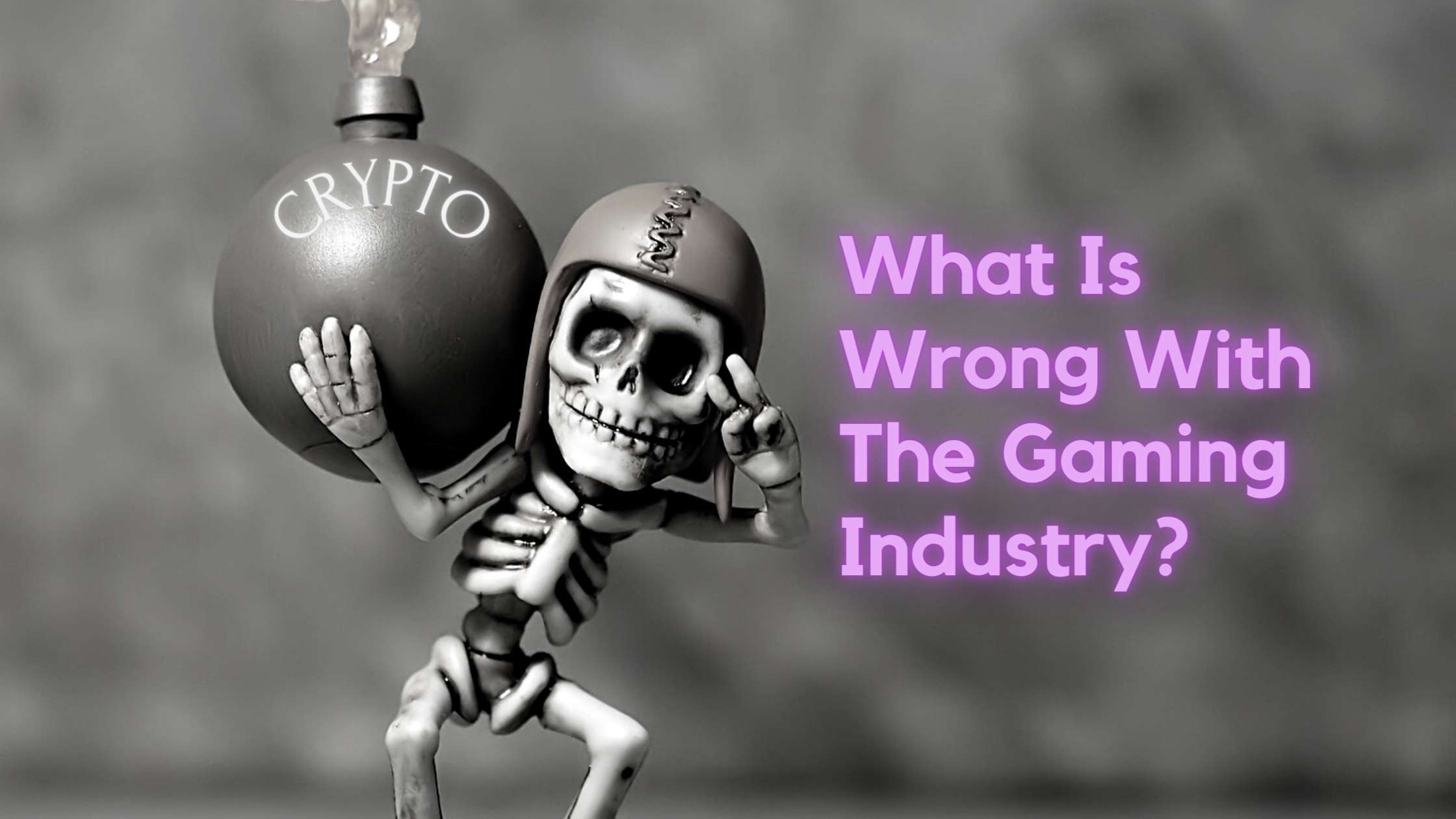 It really puzzles me that the gaming industry hasn't embraced the possibilities of blockchain and NFTs. I'm not talking about just creating blockchain games but instead of incorporating crypto into an existing game or franchise.

In this article, I'm taking a look at how beneficial it would be for both the company and the gamers. I'm going to use Supercell's Clash of Clans as an example because I've been playing it for almost a decade now!

This mobile game was released on iOS in 2012 and on Android in 2013 which makes it only 3 years younger than Bitcoin! As a player, your mission is to build a village, protect it from other players and destroy their villages.

I've never put any money in the game but still managed to max out everything. Just played. A lot. Maybe we can call this way of playing the play2play format. Although I really respect that Supercell is allowing for non-paying players to compete even on the highest levels, at the same time I think they are missing an opportunity here.

There are a lot of players like me who just spend their time for years and years and are now at the top of their game. They start to lose interest in the game, quit, and come back whenever there is a new update. Still not paying for anything. It's a big mass of potential customers that Supercell is losing.

With Splinterlands and Rising Star, I've bought packs and cards to help me advance in the game. I also bought them because I consider them investments. I own them. If for the most unlikely scenario I would lose my interest in these games I would sell them and take my money and adventure elsewhere.

Now, what about Clash of Clans? On the day I decide that it's time to say goodbye to my village, I'm gonna leave with nothing. The villagers and heroes are all left in the darkness of some cloud service while they could have been NFTs and move to a new, much happier village.

So why the hell Supercell won't implement crypto/NFTs into the game? Wouldn't it be beneficial also for them? They would mint NFTs(skins), players would buy and sell and the company would take their cut of the transactions fees. Another stream of revenue for the company.

Furthermore, from Supercell's point of view crypto would be a great way to activate that freeriding mass of players(me included) financially and capitalize on that.

I am not tech-savvy enough to consider how hard or expensive this would be. I'd like to hear some arguments though. Now I'm just left with my no-coiner gamer friends saying that "yeah, but it's just for entertainment, just for fun." No! Fun is when I'm having fun getting paid for it.

If one big gaming company would implement crypto into their game it would perhaps revolutionize the whole industry. Other companies would notice how it expands the lifeline of existing franchises. Loyal gamers would be paid for their loyalty and to stay loyal.

What would all this mean to crypto? With the gaming industry being as huge as it is, this would probably be a giant leap toward mass adaptation. I'm thinking and thinking but I cannot figure out who'd be the loser here?

When I was young I used to play the PC game UFO: Enemy Unknown. Spend some summer nights and days with it. If blockchain tech would have existed back then, and they've made NFTs but the graphics would have been as crappy as they used to be, it would now be so cool to own a UFO NFT made with that poor VGA resolution!

Imagine a kid growing up playing Clash of Clans and owning few NFTs. Now the kid grows up and other things in life will replace his favorite game. After 60 years he still holds one NFT on the blockchain. It would then be like owning the first Spider-Man issue nowadays!

Now wouldn't that NFT have some value? In more than one sense? 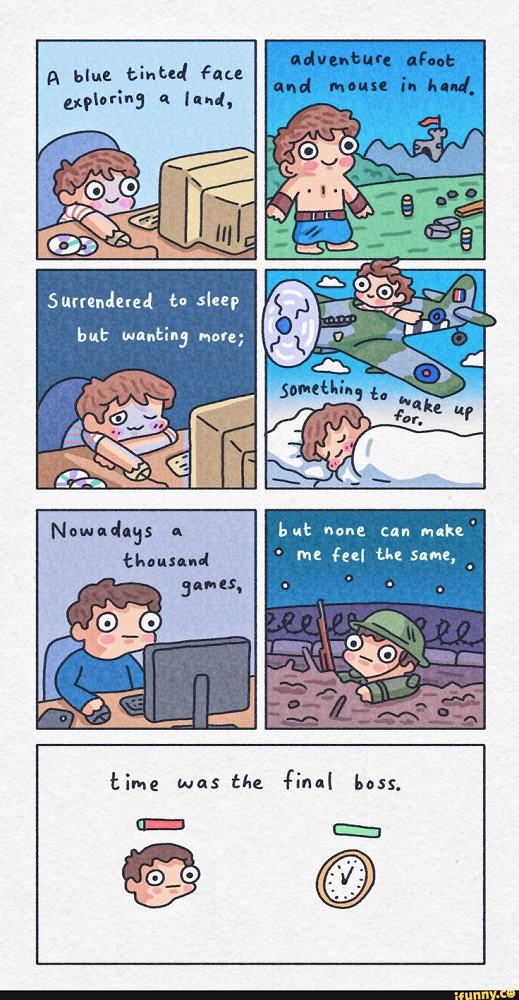 Any thoughts? Leave a comment. And thank you for reading!

Like you there are many of my favorite games I’ll love to see up on blockchain, we’ll, most gaming companies will loose revenues as they’ll have to share revenues with the players. Or maybe they’re just scared that they will break something and loose customers. I don’t know, but I’ve certainly asked these questions too

Or maybe they’re just scared that they will break something and loose customers.

Yeah! This could be the thing. Like I wrote, we would probably just need that ONE company. One that's brave(and big) enough to try this. The rest would follow.

Hey bro very well said.
I am playing clash of clans for more than 6 years and
I have all kind of TH. Yeah people are losing interest in coc because it provides them help except enjoying.supercell collaborate with Hive it would be wonderful. I am sharing Clash of battle videos here for months but people have no interest.😂 So sad. Though the game is super strategic and playing with friends is a fun.

It would be a dream come true if they had Hive implemented to it!

It's pretty amazing that CoC has been around for a decade. That's an achievement but if they want to keep it up, in my opinion, crypto is the only option.

The game is good but ten years is ten years. I'm still playing myself and the raid weekend was a good update! Thanks for stopping by!
!PIZZA

The gaming industry is really missing a beat here. But they are a corporation and arent able to change or adapt to customers' needs very well.

That's unfortunately true. Hopefully, there is gonna be a change to that and all the houses will be FOMOing around the place!

@mypathtofire 66
about 2 months ago (Edited)

Yeah, thats why im thinking to hodl some wax tokens. Imagine if they had fortnite with nfts instead of them just milking the characters and addins...

Fortnite is one, I can think of so many games that would just boom with NFTs. And I don't think it's greedy in the end but just stupid. With a little math, the gaming houses could get the same share and much more when their NFTs would rocket!

we should run a gaming company on the blockchain!

Yay! 🤗
Your content has been boosted with Ecency Points, by @mypathtofire.
Use Ecency daily to boost your growth on platform!

Congratulations @brando28! You have completed the following achievement on the Hive blockchain and have been rewarded with new badge(s):

I have talked about this topic multiple times with friends. The gaming industry seems to sleep on that or you find some shady devs who makes a stupid game around the crypto part. That's not how it works. You need a good game and then add the crypto part into it so it's still fun to play it and you can earn while you have fun. In games that are already around, you could make NFTs out of some ingame assets for example or make the ingame currency a token on a blockchain.
!PGM

Exactly! Also with many blockchain games, it seems that they just wanted to create a staking platform first and began to add some game elements afterward and now it's called a game. I'm actually gonna write about this in the next post.

In games that are already around, you could make NFTs out of some ingame assets for example

This would fit into so many games!

Exactly! Also with many blockchain games, it seems that they just wanted to create a staking platform first and began to add some game elements afterward and now it's called a game.

It seems to me they just want to get the money before doing much. Throwing a bunch of NFTs on sale and promising that a super game will be developed. Sometimes nothing happens or they make just baby steps with what they call a game, but it's only staking your bought NFTs for some inflational tokens, which are worthless after a while in most cases.

It is a shame that they call this a game.

Indeed it's a shame. Too much focus on defi side will lead to a short-lived "game".