How the new cards ruined Splinterlands for me 😣🙄

I am a huge Splinterlands fan and always will be one. I just wanted to begin with this so you don't get the wrong impression. But since the release of the Chaos Legion cards the game has just been garbage for me. I don't want to offend anyone but I don't have ANY fun playing the game anymore and I just play for hours hoping I can finally get up to the Silver leagues again. But I'll explain this in more detail below.

Before we start: This is just my opinion. The new cards may have increased the fun and rewards for some other players, so I can't speak for everyone. And one thing is sure: No matter what happens, I will still keep playing this game - no matter how frustrating it gets. 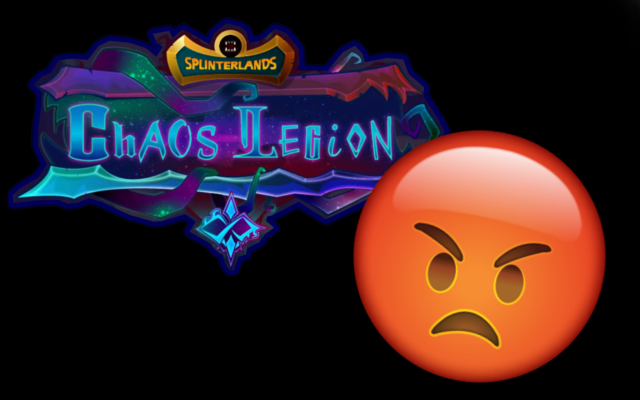 I was pretty excited about the Chaos Legion packs when I first heard about them. It was super cool to finally buy some new packs which hasn't been possible for a long time (except you would be okay with paying those insane second market prices). The Chaos Legion cards looked really cool as well, so I couldn't wait to play with them.

But now it has been several weeks since they have been released and they have completely ruined the game for me. I'm not the best player in the game, but I always have the goal to reach silver league. And right now this seems impossible.

For example: Today, I played for a couple of hours and I couldn't get over 600 rating points. That's really not that much (for me), but I just couldn't get to 1,000 points. So I've spent all these hours winning a couple of games but losing just the same amount of matches as well.

Some of you might say that I'm just not good enough or something like that, but I played for three years and I know the game very well. So that's not the main reason why I can't get to silver league anymore. The main reason is that the game mechanics changed so drastically that I can't create a strong team anymore. Well, I actually can but apparently my opponents seem to be smarter than me most of the time. In Bronze league! 😂 I don't know the reason for that but I have the feeling that there are so many players who are playing with the standard cards in the bronze league. So I can't really find a good strategy, especially because I can't summon my lvl 5 or 6 cards (Well, I can but not with the increased stats).

So the reason I'm losing this much is not because I have a bad deck of cards. I just bought a pretty expensive card from the earth team (Kron the Undying) and I also leveled up some water team cards. They are pretty pretty good but like I said I can't play them in the bronze league because of the Summoner Level Limits. The powerful earth card doesn't really help me as well because a lot of players play with the Unicorn Mustang card and the Goblin Psychic healer card from the earth team. That makes it really hard for me to win enough games to go up. This is so depressing - I invested a lot but can't reach the Silver Leagues. 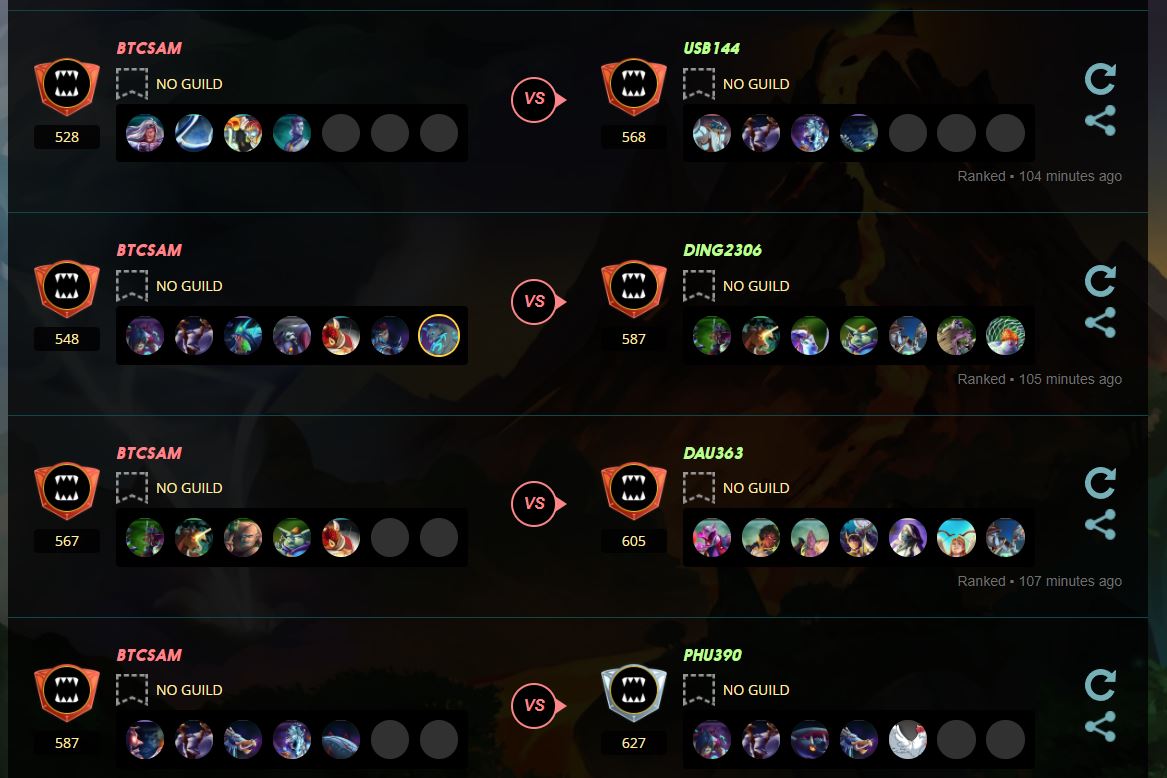 I really like the idea of new cards in the game. And I know this would change some aspects of the game, but I hoped that the main characteristics of the game would stay the same. Unfortunately the game is completely different right now, but this manly applies to the bronze and the novice league. I don't really have problems playing in the silver league because I can play my water team with higher levels, but the problem is that I mostly spent hours and hours to get to Silver League because I just keep losing in the bronze league and it is super frustrating.

I know that the game should be play2earn and not that much pay2win. It's normal though that players who invested more should have a higher chance of winning. But in bronze league, it just doesn't feel like I have a bigger chance at all. This is madness. It feels unfair and I can't change it.

So, no matter what I do, I can't get to a higher score. And even if I found a team that I think is pretty strong, I still lose because there are so many different good teams in those lower areas and it just feels like gambling. I don't have the feeling that the better person wins, it just feels completely random because almost every team of lvl 1 standard cards is pretty strong in it's own way.

You need a lot of luck to get up, especially because ever match is so close and one miss can decide over win or defeat. And I feel like I don't really have luck in the game because I lose a lot of 50/50 games. Just one example: The opponent's monsters don't miss my Serpent of Eld that much. But if the opponent plays this card, I feel like my monsters are missing it like all the time. So that feels super rigged (I don't say it is but it's still weird).

So my plan is to just keep playing and playing for hours and hours just to get to Silver League eventually , so I can win more easily in this league - which is ironic because you would think that you could win more easily in the bronze league, but I win a lot more matches in the silver league.

One thing's for sure: I won't give up. I will just keep playing. But right now it's not fun to play anymore. And the rewards are pretty bad right now as well. So I don't have a reason to play - I would even play if there would be no rewards but if it still would be fun. But that's just not the case anymore.

I just wait for the two different kind of leagues to launch - If I'm correct there will be one Untamed / Chaos Legion league and one with all the other cards. This could make it way easier for me to win again.

Sorry for all this negatieve vibes, I promise my next Splinterlands post will be more optimistic again 😄 But I just had to share my feelings about the current situation and maybe some of you feel the same.

I've been having the same damn problem. I invested heavily into cards before CL dropped, just to see my account value go to shit, but I am unable to take advantage of my favorite old setups to get out of Bronze league easily. I spend a lot of time after each season ends burning my ECR down to almost nothing to claw out of Bronze (and fighting only BOTS the entire time) and then can't reap the benefits of getting that sweet sweet beginning of season DEC with a decent capture rate.

So, like you, I will stick with this game out of stubbornness and hopefully something will change.

That sucks. Let's hope there will be changes jn the future that will change this for the better 🤞

😏 I can definitely follow your arguments. The new cards DID change the whole game mechanics. For me it’s also very hard now to reach Silver. The other side is though that the game is more open now. There is less „killer combinations“.

Sure, the game is more open. But this also decrease the incentives to invest in better cards

I agree with all of you that it is much harder to get back to Silver each season.
Interestingly @achim03 posted a similar video about Diamond/Championship leagues. https://peakd.com/hive-13323/@achim03/fdidxlix
I am thinking that everything got balanced out a lot better. However I still find it very hard to with with General Sloan against anyone. Speed seems to have gotten a major boost this round. Thus Kelya seems to be the goto for most wins.
!PIZZA
Enjoyed reading your opinion. Keep up the writing.

Thanks for the nice comment. Yeah, I think everything is more balanced as well. I am still trying to find a good strategy but that's hard with all the different rule sets and mostly low mana caps !LOL

lolztoken.com
I could get in trouble for stealing from the kitchen supply store
But that’s a whisk I’m willing to take.
@ijat, I sent you an $LOLZ on behalf of @btcsam
Use the !LOL or !LOLZ command to share a joke and an $LOLZ. (1/2)
0
0
0.000
Reply

At least you won't give up, that's a positive thing to say!

Yeah, I just hope for better days to come. And for a lucky win streak that will get me back to silver 🤞

I haven't even made it to Bronze 2. I haven't had enough power... too many cards rented out!

I hate it now. I can't win at all in bronze. Very frustrating. The only battles I win are when the opponenant surrenders.

Glad I'm not the only one. I was starting to get worried that I had lost my skill in playing. I'm playing in the Bronze/Silver league as well. I agree with you on the feeling like gambling aspect. It seems like I put together awesome teams and I still almost always lose. The only time I win is with sheer luck.

Exactly. It was so different before the new cards were released. Back then I could put together a great team and win a lot of times with it. Sure, there were times when I lost because the opponent had an even better team or because I was unlucky in the match but I had a good understanding of what's going on and what strategies increase my winning chances. That's gone now, no matter what team I pick: winning or loosing just feels random 🙄

I feel you too. These days I feel more inclined to use Earth Magic as magic doesn't miss and at least it takes away some part of the frustration (from the misses). All the best!

Yes, the earth team is not bad but I don't play with it that often because of low mana caps (which occur more often nowadays)...

I completely 100% agree, this has ruined the game for me. I wasted so many hours trying to get into silver, I have a lot invested. I can't afford to spend this much time on a game, very frustrated. If they don't do something about it I will probably just quit caring about it and move on to something else.

Sad to hear that you consider quitting. I hope you'll change your mind because it's unfortunate to see people leave the game because of that. Let's hope the developers will change the game for the better soon

I miss the old-time without CP and when you battled hard and got to the higher leagues... :)