@burlarj 74
about 2 months ago
LeoFinance

Happy weekend splinter nerds, when i wanted to claim my sps drop today, i realized i got a lot more than i used to get and was wondering what happened , i asked in the city and they were like nothing of such happened to their own claim, so while trying to figure out the cause, i get to know one of my alpha card got sold, i was not expecting it to be sold though because lately alpha cards ain't really selling, it was my level 7 zintar mortalis that got sold at the price of 400 usd, it is better than nothing!..

My plan was to max the chaos death summoner but it was more expensive as it is selling at the rate of 2.45dollars per 1 and since i have the waka spiritblade i decided to check for a much lower summoner that i can max and the life splinter summoner was the lowest in term of price so i bought it instead!

It is in cool down for 15 hours so i can't use it in battle yet but atleast i now have the life, death and legendary maxed summoner now so it will be easy to play in diamond league now....

This card is the cheapest because it is the one player rarely use out of all the chaos monsters but still it is a good card, it gives one range attack to all friendly monster with the range attack....

I have most of my life chaos monsters maxed except the epic and legendary which i have to work on now, so having the summoner max is great! 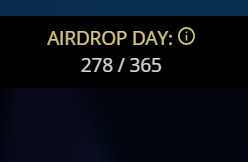 Meanwhile the sps airdrop count down keeps drawing nearer, jut 87 days left.. Sps is showing sign of pamp recently which is due to the node and license investment coming up next month, but i am super bullish on sps for a long term hold....

Wish every players a good season ahead!

I am a professional gamer, motivational speaker and a crypto enthusiast

@ashikstd 75
about 2 months ago

I think General Sloan is a good choice. My only choice right now for life is generally Mother Khala because my General Sloan is a bit too weak. I am also thinking of selling some untamed cards to buy some of the chaos legion cards (lower level duplicates).

My Mother Khala is level 4 but my General Sloan is like level 2. I just don't think the downsides of lowering my monster's level is worth it for a ranged boost over a health boost.

Well I think it is worth it, the range allows them to be able to defeat the opponent faster, you know their hit becomes more powerful

I use my General Sloan quite a bit...but then I am still in Silver...just sayin'. Congrats on maxing that one out.

Yea it is a good card to have, thanks 😊

Good work, whats the next goal you are aiming for now, max summoner again orare you gonna get max summoners for every splinter like me :)

i will max another if my second alpha summoner got sold as well, but my main aim is to stake more sps before the airdrop ends

Thanks for sharing your post on ListNerds. I am not a player but your post is well written.

Probably some people start to get rid of their DEC and therefore have less airdrop points. So if you have been keeping your airdrop points stable or even grew them then it could be that you get more SPS than you are used to.

i noticed that dec gives more airdrop points than cards! i got more sps when i sold a card and got dec for it