An update on my 3 favorite Hive games.

@captainquack22 66
about 2 months ago
Hive Gaming

Ive been trying to get in some battles in Splinterlands, missions in Rising Star, and growing as many crops as i can grow and harvest in dCrops. The same mission every day for the past few months is to try and grow these accounts and to keep things going. All things considered, price action in markets lately has been choppy. But the action over here on Hive just keeps going, at least it seems as if things havent slowed down much here. Feel like theres always people posting updates, sharijg new experiences, and grinding for those precious hive tokens to keep fueling the madness Currently im having a heck of a time climbing the ranks. Its been wins and losses, but just keep getting beat by high level cards, even at silver 1 it seems. Tough competition to say the least, but maybe im due to buy some more cards too. Was interested in doing the Soul Strangler challenge but couldn't get a good battle in for the past many tries. Not many new exciting cards in rewards chests, the start of new season always sewms the slowest. Id like to hopefully start winning more matches soon and build up better rewards. At level 95 and just started a long mission while i prepare to go to sleep for a few hours. When startbits price was little lower few weeks ago i tried to get some extra starbits to get 12 packs of cards. Ive since slowed down a little but looking forward to increasing my fanbase and increasing potential startbits rewards. Which would be nice especially if the starbits price starts to increase against hive. Edging closer to the end of season in dCrops and ive managed to complete my quests to get a total of 16 chests this time which is my highest so far. The usual assortment it seems, at least at this stage in the game. Few mystery seeds, speed gro, and ferti plus. Also some resources, wood and a stone, but no legend gold reward.

Ive been slackin on getting a post up. My confession is that i made a bad trade on the market, so its like a pissed away a decent sum of hard earned cash. It weighs my mind down along with the other mistakes ive made. My debt mission, to slay debts, is in full force and i must continue on. Maybe Hive will be my champion.

yes I play 3 too, without a doubt the best games at the moment

and how many did you buy?

and how many did you buy?

Nice bro. Im up to 40 total in dcrops. I want the 200 for the guaranteed Corn card, mannn.

Mate, glad to see you're all over the games. I am feeling the opposite - just don't seem to have the time.

Splinterlands - I fell out of love with this game and glided for a few months, but I'm back into it now and actively buying. I had the same issue in GOLD 3 - kept moving between Silver I and Gold 3 - rented a few cards and that seemed to help.

Rising Star - I was really excited, just unlocked the third area by getting the last band member, but then it turns out I'm not Level 80 - so now I'm grinding the last few levels to start that new adventure, but with starbits so low - there's no profit in it, I'm just reinvesting everything now. I was buying packs too, but getting shit - so I'm now taking a new approach, just going to buy fans cheaply.

dCrops - I gave up. I dunno, wasn't my thing and I seen the chance to sell everything I had purchased at a profit, so took the profit and dumped everything into splinterlands. I don't know if it was the right decision or not, but it certainly gave me some time back.

I hear you on all fronts Timbro. Im little more bored lately, and lifes pressures are kinda crushin a brother. Errrrrr day we just keep hustlin. I just want to go party with some Aussie babes soon lol

Mannnnn, its all we can do. 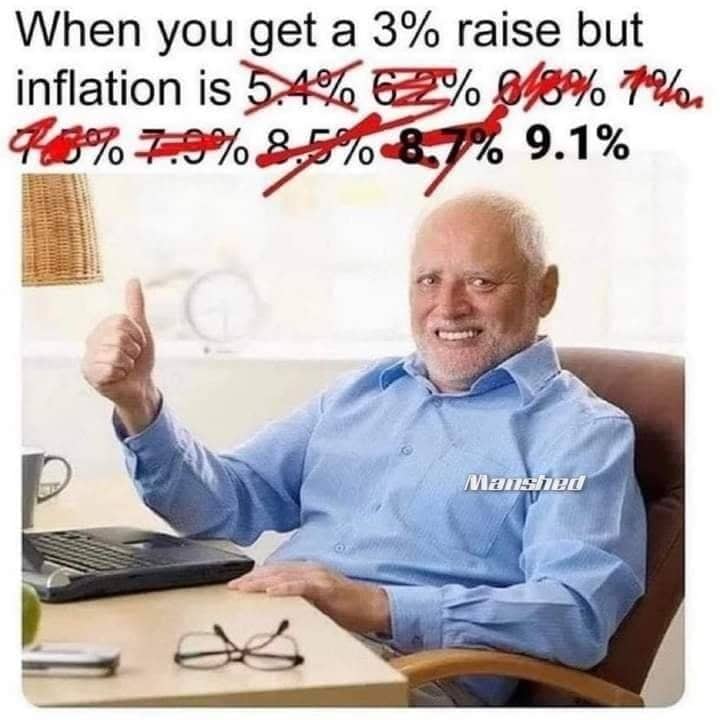 Grinding away like a beast. everybody seems to sleep while the markets are red, I got no doubt price action will return to regular once we see green graphs again, let's just keep the stacking going for all our little routines and reward ourselves nicely when the time comes to take some profits off the top

Take care bro hope you had a great weekend


Why do astronauts use Linux?
Because they can’t open windows in space.
Credit: reddit
@captainquack22, I sent you an $LOLZ on behalf of @dubble
Are You Ready for some $FUN? Learn about LOLZ's new FUN tribe!
(1/10)
0
0
0.000
Reply

I just let myself get crushed by a bad trade in the market. Need to learn my lessons and quit screwing around bro. Time to step away from trades. Just focus on small rewards at a time here.

Financial loss and bad trade are really troublesome and I am increasing HP for speculative gains, will go for accumulating HBD once Hive crosses $1.

Hive second layer tokens are really sinking to bottom and I am just staking the post earnings and not buying them.

Yeah bro, definitely sucks feeling the pressure. I need to make good choices much as possible, and just work. We should be ok bro, thanks for wise words. Yes, 2nd layers are getting rocked, im building on strong ones. SPT been pretty strong actually.

I've heard one of the new modes in Splinterlands is a bit tough. I haven't played in a few days but I'm going to catch up soon and check out the recent changes. Love how the game's constantly evolving. Hope you get some awesome awards soon!

Its a mission to keep playing. Fresh changes are good too. Thanks for stopping by bro.

@xplosive 70
about 2 months ago

Currently im having a heck of a time climbing the ranks. Its been wins and losses, but just keep getting beat by high level cards, even at silver 1 it seems. Tough competition to say the least, but maybe im due to buy some more cards too.

I heard that the beginnings of the seasons are mostly always hard, and it will be easier. I am currently in the Bronze I league, and my current rating is 999, so I am currently very close to the Silver III League. Probably I will reach it today.

I do not know whether should I advance or not, if I will reach it. Sometimes the Silver III League feels much harder than the Bronze League, sometimes it feels easier, or the same.

Either way, I have 15 focus chests. I will open them on my laptop, after I arrive home. I am currently on the bus on my way to home, and I do not want to open more than a dozen of chests on my smartphone. Doing this is much more convenient on the laptop.

Hopefully there will be a few good cards in these focus chests.

Hehe so which is the most enjoyable one?
!PIZZA
!PGM

Hmm, i good question Relf. Has to be Splinterlands, its the most robust. Rising star is cool but simpler, then dcrops us even simpler. Thanks for stopping by man.

Congratulations @captainquack22! You have completed the following achievement on the Hive blockchain and have been rewarded with new badge(s):

What was the bad trade?

I've made so many but I just keep trying to remember the good ones and the bad ones have to coexist.


Why are farmers always winning awards?
Because they're outstanding in their field.
Credit: reddit
@captainquack22, I sent you an $LOLZ on behalf of @imno
Are You Ready for some $FUN? Learn about LOLZ's new FUN tribe!
(5/10)
0
0
0.000
Reply

Ive made too many quick and ridiculous options trade. Pick a stock, ive dabbled a shitty trade on it. Most recently i thought SPCE was lookin rioe for a swing back up but its garbage. DKNG and COIN were better scoops on the lows. Live on to trade another day.