Delegating The First 1000 SPT I Earned To Monster-Curator

@cflclosers 71
about 2 months ago
LeoFinance 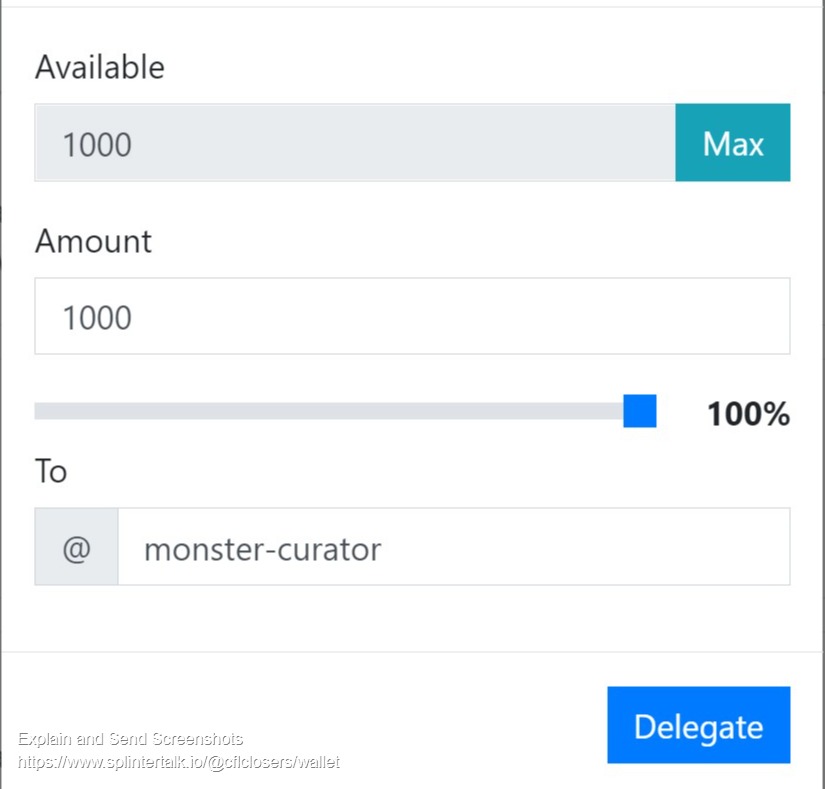 I just delegated my first 1000 SPT to @monster-curator and I'm thrilled. Why am I thrilled? Because it's the right thing to do.

I think mathematically converting SPT to DEC makes more sense for airdrop points but I wanted to stake some ROC.

If you have been following me on Steem/Hive/Leo for that last 4 years you would know that I believe that ROC>ROI. That simply means that Return on Community is greater than Return on Investment.

The latter will in turn increase your ROI over time. And in this case I think it's fair to delegate to @monster-curator because I earned my SPT mostly from them and will continue to do so.

It took me awhile to convince myself to stake my SPT because honestly I didn't want to. I wanted more cards but I think Splintertalk.io is a tribe worth supporting and it will help the entire hive ecosystem.

I figured I would curate manually like I do on other gateways but it became too hard and I was only curating posts during my time zone and that wasn't fair either.

I was getting incredible value from the posts I read about learning the game but I was missing too many. This way, they will get their just rewards and I will get my curation from Monster-Curator. It's a win win if you are focused on community.

As I earn more I will stake more and delegate more. I like to do it in 1000 chunks and that will happen for me in a few weeks.

SPT-SPLINTERLANDS-HIVE will continue to earn for us both in bear and bull markets. That is what I've learned over the years. You can always rescue your losses on the hive blockchain if you are willing to grind. (And Now, Play lol)

These curator accounts are fantastic ideas to maximize the usage of engine tokens.

It always felt a little weird for me from back in the steem days but there are good reasons to do it. Especially since Monster is manual curation.

Yeah I think manual is the best way to go, automated gives me weird vibes.

Thank you for the support!

ROC is a cool concept! Thanks for supporting SPT and the community.

I learned it from the former head of Zappos, Tony Hsieh back in the day before crypto. But it really fits in well with hive. Keep up the great work. I'll delegate more as soon as I earn.

Yea monster-curator is my preferred way of using my SPT tokens. I have faith that it may come in useful in the future and nothing beats passive income.

Yea, I hadn't even thought of long term passive income. My mind is focused on the next month but you are right. This tribe isn't going anywhere and will onboard from new game players. Could be great!

I feel the same way and I'll stake mine too, when they reach a critical level. 1k seems a good number for me as well. And you're right. Investing in the community, you yourself are using the most and are confident, it fairs well even in the bear market (which I also believe), is the best investment strategy.

I think you make a very important point in that ROC% will be much bigger than ROI%, seeing that our next biggest model for making money will be a symbiotic relationship between community and what the community is about, in this case the splinterlands game.

congrats on the first delegation, I also plan on delegating to @monster-curator as soon as it's worth the delegation.

Why did you wait until 1k SPT and not delegate earlier? I also think about delegating to @monster-curator but my HIVE Journey just has started and i need to earn SPT in the first place :P