End of Season Rewards From My Second Season 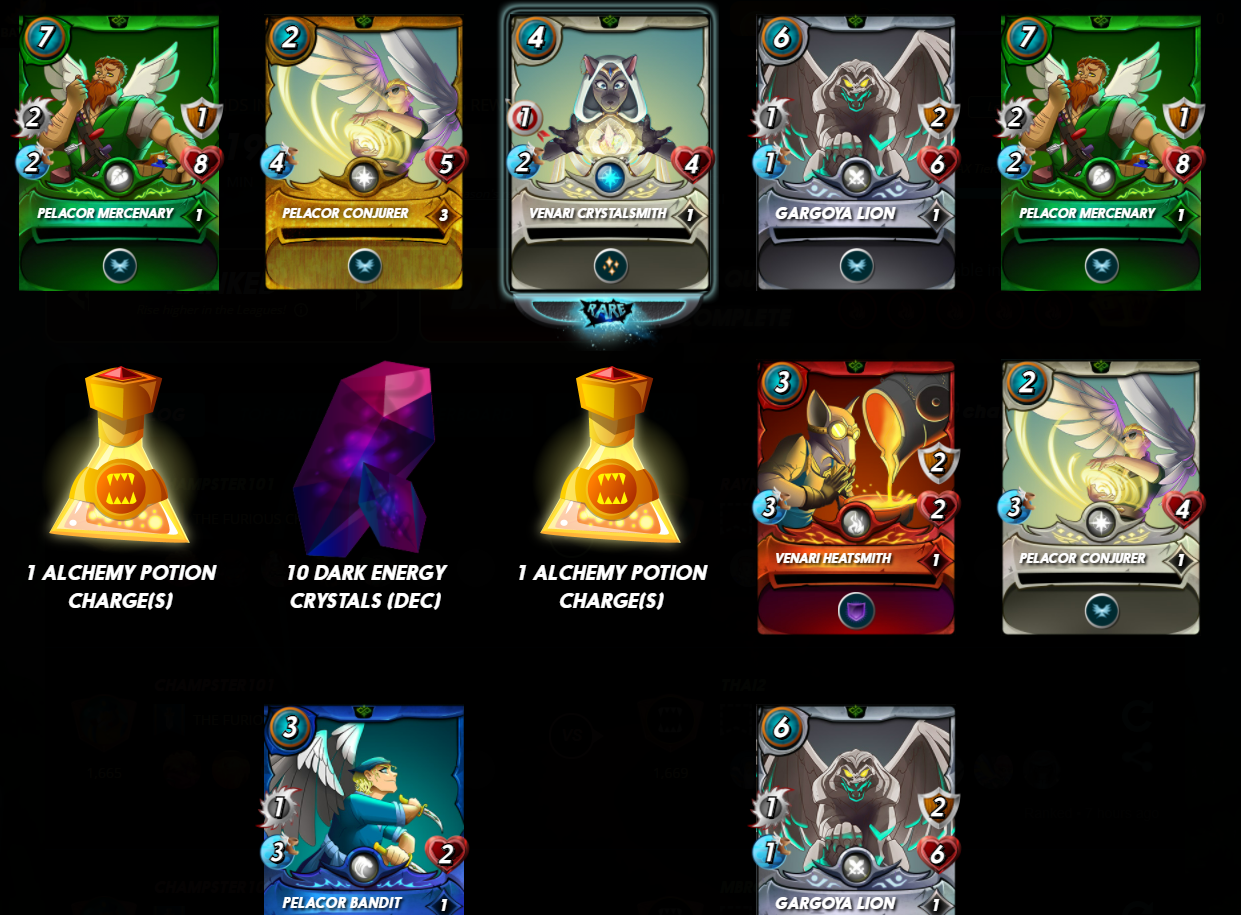 This season I was able to push my rank all the way up to gold III, but my power had me planted firmly in bronze II. I was not going to let myself be in bronze and suffer from terrible rewards so I hit up the rental market where I got a golden epic from beta that boosted my power to 16k which put me into silver III to end the season. This netted me twelve reward chests which I would rate about an 8.5 out of 10 for all the things I opened.

The real winner of the group is obviously the gold foil Pelacor Conjurer. This card is currently worth at least three times the amount it cost me to hit silver through renting so I would say that it was well worth it. Additionally, I got the Venari Crystalsmith which is worth just over a dollar and in my opinion a very good card.

The only thing that could have improved these rewards was if I picked up an epic or legendary as that would be a big boost to my collection power. However, as it stand I gained 180 collection power from my end of season rewards! That is just one step closing to moving myself out of the bronze leagues under my own collection without needing to rent.

The goal for the next season is very similar to this season. I will try to push for the top of the bronze leaderboards and if I do not make the ranks that payout in DEC I will rent the power to hit silver III or silver II depending on how much it costs!