HIVE ATH! Why I Reinvested It Instead of Fiat

@cmplxty 74
about 1 year ago (Edited)
LeoFinance

How about this crazy ATH we've been slamming through?!?!? 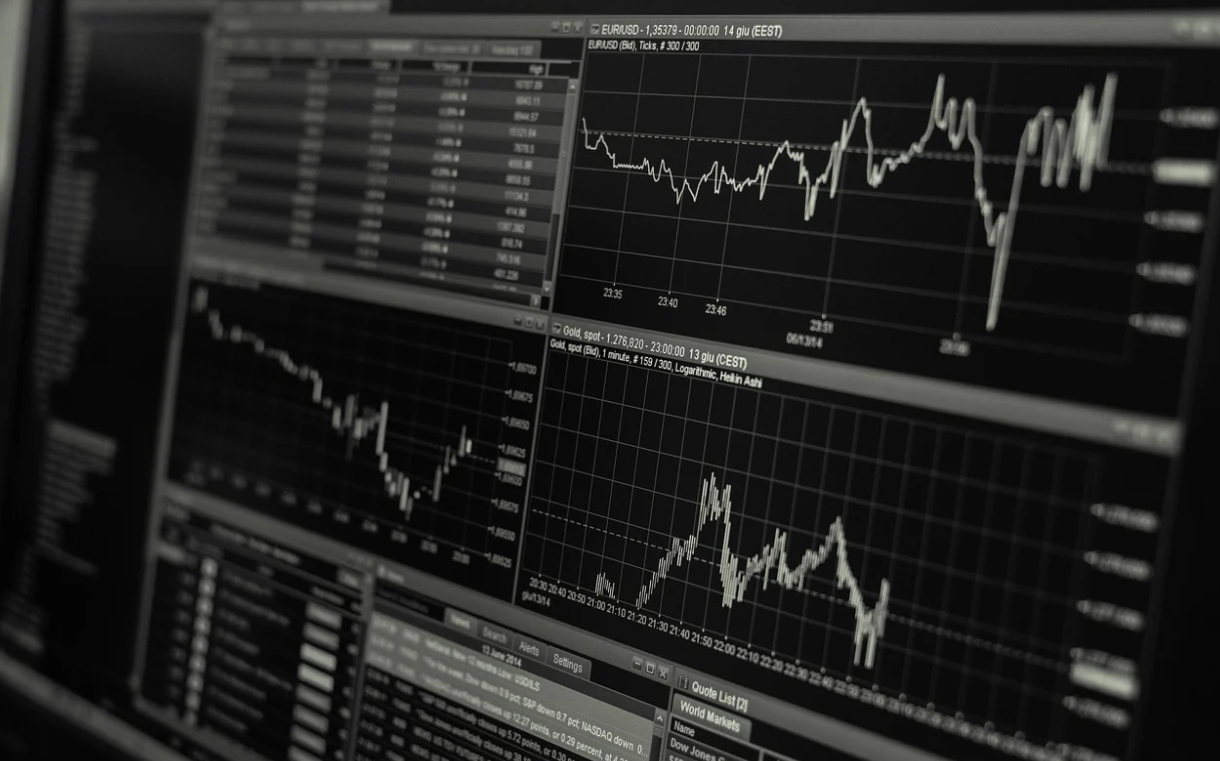 So I had to interrupt my normally scheduled posts for this, who couldn't?!?! (LOL @rmsadkri just pushed some posts out another two or three weeks :D)

The price action of Hive has been insane! I know we are all in shock and some don't know what to do except sell Hive. I joined in on the fun that's for sure, however I took it in a different direction!

I took that Hive and reinvested it back into the platform. I don't know if that will be the smartest idea but I've done it for a few reasons, some I won't go into but others I will! 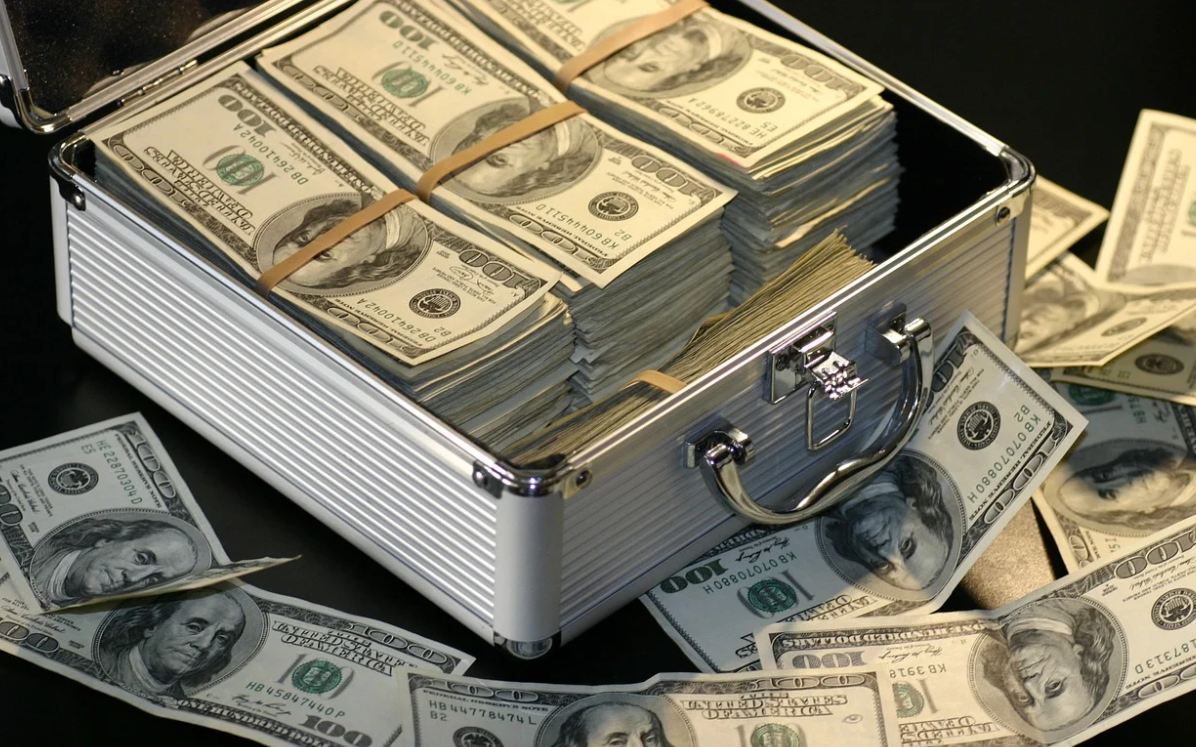 I think it's fantastic that I see some of the people I interact with on a daily basis on here, getting insane amounts of value added to their accounts! I can't help but think of @ezrider 's post series where he explains how he invested 19,000 dollars into Hive and landed with around 160k Hive Power or so and some Leo as well. That investment of 19 is now, at these crazy ATH prices, worth 600k! Holy shit that's insane but I think it's phenomenal as well! The additionally phenomenal part about it is that so much of that value is locked into Hive Power so people will liquidate some of their funds but you won't have the option to unlock hundreds of thousands of Hive Power to dump on the market and shatter the gains that we've just achieved.

For what I ended up doing, I think it was a pretty good idea! I tripled my Leo stake (I listened to @edicted and snapped up some Leo! I loved the idea of getting way more bang for my buck on that one) and snatched up 20k DEC and took some liquid Hive sitting in my wallet and bought up a bunch of HBD since it was 3x the HBD I was getting versus even 48 hours ago!

I know that some of the things I wish I didn't miss out on were things like having more Leo to mess around with and earn curation for but I think this will set me up to have a better stake in the platform.

Do you think I made the wrong move by buying up Leo and some DEC instead of doing something else like buy Bitcoin with it? Let me know! I don't always have the brightest ideas but I'm hoping this one was a good one!

Do you want to get paid, in crypto, for searching the internet? Try using and signing up for Presearch to earn some great crypto! I've currently got 2,540 PRE tokens, with a market value of $613.28. It doesn't sound like a lot but when you search using sites like Google you get paid $0! Join Presearch to break Google's stranglehold on the internet searches. If you'd like to sign up, use my referral link!
https://www.presearch.org/signup?rid=513043

Glad that you are able to break the posting queue and come up to celebrate Hive ATH. Glad that you were able to make profit. I am sad that I did not invest enough in the platform even though I am here most of the time. I invested a large chunk on dCity and that was not a wise decision, as of now.

Well, I am making most of this pump by converting all Hive I earn from post to Leo. I want to stake 10K Leo and almost half the way now. I will not buy my way into Hive. I feel like I have not done enough.

Nice that you have made a significant stake will all projects on Hive.

That's awesome dude! 5K leo is one hell of an achievement! I'm nearing 1k I believe but it's definitely going to get better to curate for Leo now!

I hear you on dCity. I'm sad that it's gone where it has but can't have everything winners lol. I really only was able to do what I could from Splinterlands. I've gotten a significant amount of liquid hive from that so it's been wonderful to invest elsewhere and then back into the game as time goes on.

I'm also happy with my HBD swap too! I checked it a little while ago, I swapped 18 hive for 64 HBD last night. I checked my swap back a little while ago and I was up to 28 hive for that so perhaps keep that in mind if we get another pump! You can profit nicely from that move. Wish I had more liquid hive to do it more lol

I wish I was playing splinterlands. Who knew? Lessons learned. For me, the target is to reach 10k Leo and up my Hive power.

Yeah I mean it could have easily gone the way of dCity and you'd be in a way better spot than I. Can't predict, just gotta roll with it! I'm glad that you are really well placed for Leo, that's going to come in nicely with PolyCUB isn't it? I don't know much about the project yet though, so I don't know specifically.

Well considering hive doesn’t have a hard cap even though it reduces in supply each year it’s still a weaker monetary policy than bitcoin. It all depends on your goal if you want to secure Sats for the future because they will become harder to come by then selling when a token is overbought is a good plan

Also if you buy a token, and you eventually want to take a profit in BTC or fiat you have to sell token for hive and hive for stable coin or BTC so it just adds more possible tax events

Either way I see no point In cashing out to dollars, since you earn them natively by living in the US

Yeah the tax event was one of the drivers why I didn't bother doing anything lol. I've been trying to buy a little bit of bitcoin on hive engine actually, I know we've talked a little bit about it before but it's at least one way for me to accumulate it at my leisure here for the hive instead of making lots of swaps and stuff. Only thing I haven't done is withdraw any, hoping that process goes smoothly when I eventually want to withdraw!

You should see the discord I'm in, they are trying to get people into all kinds of other tokens. I've chuckled to myself thinking “Che would love this place, he'd be ripping on these people all the time lol”

Yeah I get you man, any extra income is most welcome but most people focus only on the income but they don't focus on how much they can get to retain thats what governments want, they want you to focus on making as much as you can so they can take a bigger share.

LOL I've decided I won't be shouting anymore, I can't save everyone. I'm just a guy in a T-shirt on the internet what do I know? I still think the same, im just not going to fight anyone on it.

Yeah lol I don't say much when they are trying to hype this or that. I’ve been a bitcoin maximalist as much as I can be, with tiny bits in other things here and there of course. Solana is one I keep hearing about, what do you know on it if anything?

Yeah its a complete VC shitcoin, A16z and multicoin are running massive servers, it's not decentralised at all, its just running on web servers but its fast and can do all the stuff you want as a degen trader like NFts and DEFI.

Hedge funds got a massive premine at 4 cents and have been dumping on retail ever since, not really my cup of tea picking up pennies in front of a steamroller

Lol damn, that’s crazy but not surprising. Lots of these things seem to have that type of shit, give a few lucky people a giant share to then screw people later on. We won’t learn I don’t think!

Why didn't I think of doing the same? although I don't have many hives, a little hive will be useful if you buy Altcoins like LEO or DEC, thanks for the post.

Yeah it's tricky to do some of the stuff that's for sure! I only thought of it after an hour or so of trying to figure out what the heck I was gonna do to take advantage of the prices lol. Buying HBD was also great! I doubled my investment so I think I'm going to try that again next time!

I agree with @chekohler on this one as being over-leveraged on something that requires over 3 months to fully get it all out can leave you in a tough spot mentally. Especially if you're that account you mentioned in your post - seeing your account go to over half a million and not being able to do anything about it as it's powered up...

Plus there's all kinds of taxable events to think about if you keep flip flopping between different tokens, at least in the UK there is. I imagine it's the same thing in the US.

Either way, moving your wins to Bitcoin rather than some inflationary fiat currency is never a bad call in my book!

Yeah dude I'm enjoying the slide in bitcoin! My investments I've made weekly in it as the prices were going up weren't as quantitative as they are now. With the relax on the price, more sats per dollar! Chugging along to the bitcoin goal, a few sats at a time lol

Always good to get a few more sats for the same amount of $ hey! As long as the sats are stacking regularly, I'm a happy bunny lol

Yeah me too lol.

How’s the house you bought man?! Was it a house or a condo?

Ah man, the house scenario a story of itself. It all fell through in the summer so just sat back and waited for something else to come up but this last week, I've viewed a few flats/apartments and just put an offer in for one that I really like the look of. Fingers crossed I get it, will find out Monday! It will be a great little set-up for music, writing, maybe even start doing production videos!

Thanks for asking though, great memory!

Shit man that sucks, sorry to hear that. That's a huge bummer! I think some things work out in the end and happen for a reason though, so perhaps you dodged a bullet or were meant for something different, that's all!

Thanks man - yeah at this point, it does definitely feel like a dodged bullet so fingers crossed for tomorrow. I have a good feeling about it but will keep you posted!

Good post my dear sweet friend @cmplxty. The staking is nice because like you said, even if the price went down, you still have the ability to profit. But if the price goes up…🚀
Leon is great. God bless you dear.

Yeah for sure! I'm glad I was able to refactor into something I think will be valuable in the future!