Introduction
Hello welcome to Ace's water starting guide!
This is actually my favourite Splinter to play as I hate it when RNG makes me miss
I'll have you know that the water splinter is one of the most versatile, with t
tas! 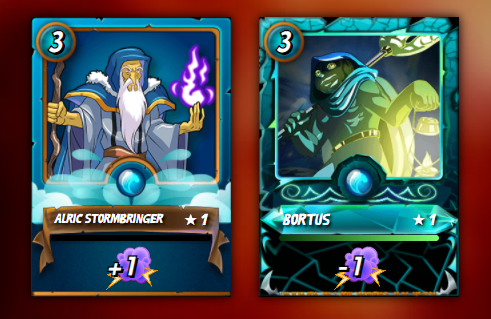 Alric Stormbringer: The Water splinter holds a lot of very strong magic monsters and this is a very summoner for them as it boosts their magic attack by 1. However, the phantom cards that we can use at the start are pretty weak and fragile monsters so you might be better off using the other splinter, Bortus for better survivability if your opponent uses Magic

Bortus: Not my favorite summoner to use but he can be devastating as he hard-counters most magic based decks and allow you to survive longer against the Unstoppable Llama-Kron. I always think that debuff summoners are a gamble as it the opponnent might not use magic but think of it as an insurance if your deck is weak to magic. 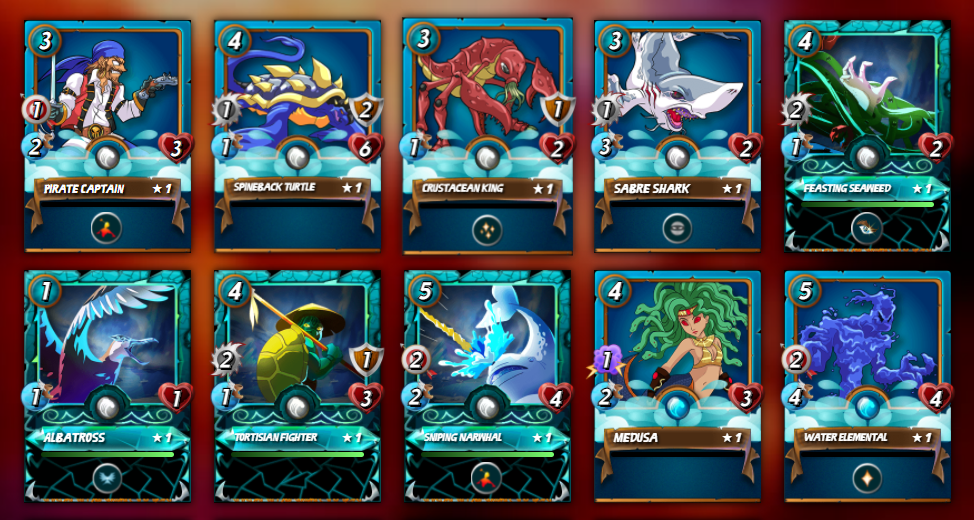 **1. Tanks
**
Serpent of Eld: Quite a decent tank honestly, while its stats aren't much to desire for, you must remember that he has a 25% bonus evasion rate with its "Dodge" Ability along with 4 speed. It will be a game of count the misses! 7 Mana
Spineback Turtle: Use him at Low mana battles, he is the only better tank you can use at low mana battles and at "Little League" rule-sets as compared to the Tortesian Fighter 4 Mana

**2. Magic Plays
**
Ice Pixie: Very cheap card and can be considered powerful? Living Lava is the most used card in lower leagues as he takes almost 0 damage from regular hits and has 2 armour to spare, but well this card will always deal 1 damage to its health directly without forgetting that it is pretty dodgy with its "Flying" ability (+25% evasion rate) and speed 2 Mana
Medusa: It isn't really a strong card in my personal opinion but she can be used along with Alric... At higher levels she can be devastating with her "stun" ability (50% chance to stun the opponent) at the "Knockout" rule-sets. 4 mana
||Do note that in the Neutral Category they have very similar counterparts such as the Enchanted Pixie and the Elven Mystic which can be used for your magic team||

**3. Key Players
**
For beginners who does not wish to rent cards, these are the phantom cards you want to use along with Bortus, for they will provide more DPS as compared to the Magic choices

Feasting Seaweed: Similar to the Serpentine Spy with "Opportunity" but just slow in general so you can consider using it "Reverse-Speed" rule-set. 4 Mana
Water Elemental: You should use him in your last row, reason being he has "Heal" and a fair amount of health which means he is a "Sneak" / "Snipe" tank. 5 mana
Sniping Narwhal: Very nice health and damage with "snipe" as a useful ability that strikes the first monster who has range or magic atk (Note this for your Daily Missions). 5 Mana

Crustacean King: Very decent card to use at the back, he has 1 Armour so he should be able to survive round one at least. You can't really use him for your phantom decks but more for the other cards I will be recommending you to rent / buy. The main reason why you will be playing him is for the "Tank Heal" so your tanks can heal off the damage dealt 3 Mana
Giant Squid: Just like the Water Elemental, it is good for soaking back hits or the front snipes or the other range attackers with its health and 1 armour. 5 mana
Upgrading Your Deck
Here I am going to recommend you different cards you should rent / buy depending on your budget!

I'll split them into 2 categories like Essentials & To Consider. 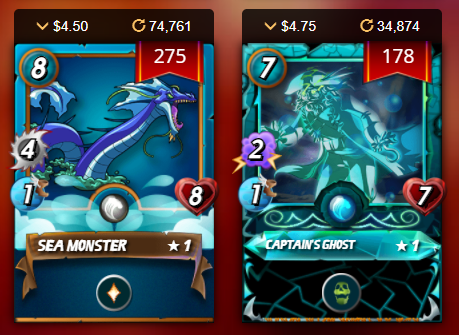 **1. Essentials (Cheaper)
**
Sea Monster: Absolute monster with the amount of damage and health he has except for the fact that it is slow but his "Heal" is his main feature for he is ne of he best monster to use in "Toxic Fumes" rule-set. 8 Mana
Torhilo the Frozen: One of he strongest tank in game, very similar to the goblin mech but with better stats and lower mana to play. Play him with Bortus and almost no magic decks can beat you, imagine a -1 in magic attack and this monster takes 50% less damage from magic with the "Void" ability! 9 Mana
Captain's Ghost: A card that I will always try to play with *Alric *when I can mainly for its higher damage and the "Affliction" ability which allows me to counter the Llama-Kron Combo as it stops the opposing monster from healing in "Reverse-Speed" Rule-sets. 7 Mana
Sea Genie: A very viable card to get with "Flying" Ability, great to avoid "Earthquake" ruleset. To be played with Alric! 6 Mana
Lobstradamus: My genuinely most favourite possession in the game! With a whooping 9 health and "Shield" ability. 6 Mana

**2. To Consider (Expensive)
**
Ruler of Seas: A ridiculously strong legendary monster with the "Blast" Ability dealing damage to the adjacent monster he hits with 50% of the magic damage he inflicts 6 Mana
Kraken: An All Rounder monster like Magnor (literally monstrous in terms of mana cost, health, speed and melee attack) with the "Taunt" ability protecting all backrows by tanking all hits. 12 Mana
Phantom of the Abyss: Awesome card to play my favourite game called Count the Misses, this monster has both "Dodge" and "Flying" along with the whooping 6 speed and 3 magic attack... Not only does it hit hard, it also dodges over 50% of the time so beware! 10 mana.