Good evening friends! This week is the turn for a death splinter card, one that is available for everyone on the starter deck, the Haunted Spider! My favorite death splinter tank, the Nightmare, I leveled it up to level 3, I love the 10 health and 5 speed, but it shines with the blast + 3 melee damage from the Daria Dragonscale buff. This has become my favorite card to place in the second position, for only 4 mana as well, it has decent speed, flying, reach, good health and 2 damage at level 2. The challenge monster, the haunted spider, I love the 2 ranged damage with only 3 mana, really great card at level 1, only downside is the 1 speed. I really like this new card from the chaos legion reward set. I leveled it to level 2, 2 damage, 3 mana, and 1 shield plus sneak, love it lol.

A full offensive strategy with mostly melee damage to take advantage of my summoner's buff.

Mana: 22
The conditions for the battle were Standard and it was a 22 mana battle with any splinter. 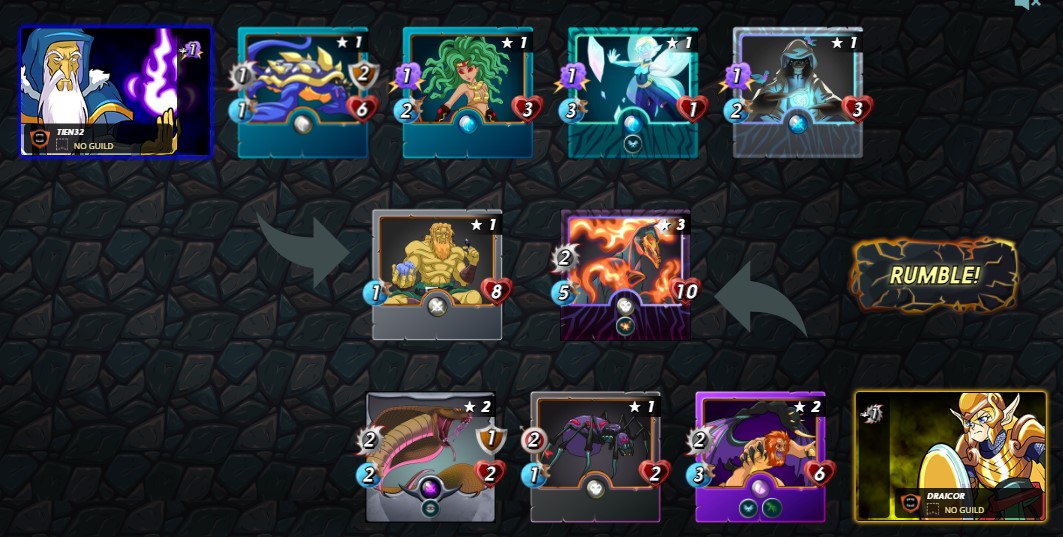 My opponent used the Water Splinter and used the common magic strategy. I had no defense against magic, so it was a matter of who killed the other one first. 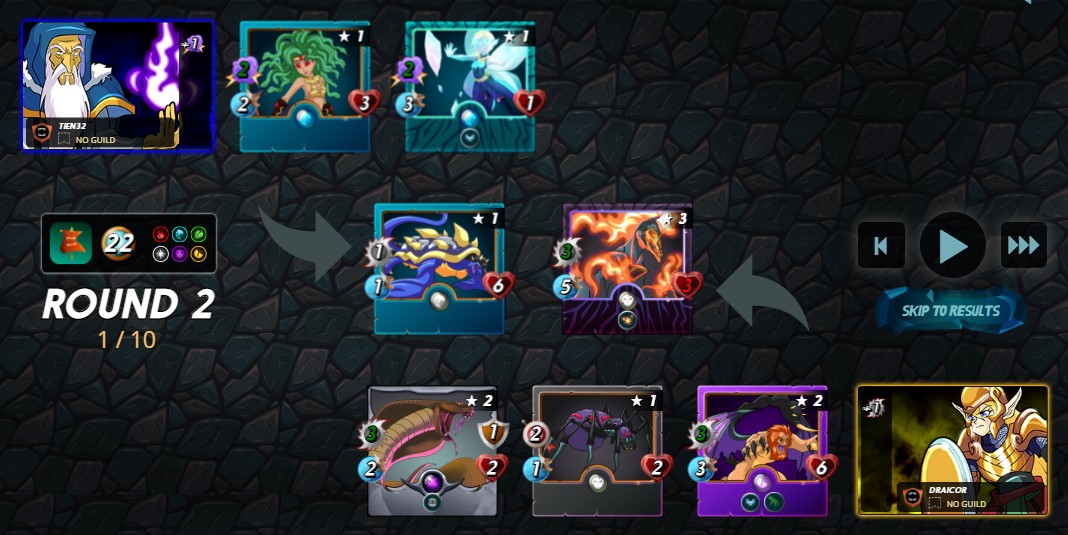 On round 2, Nightmare and Manticore killed the Spineback Turtle and Medusa got -2 damage from Nightmare's blast, his magic monsters killed my Nightmare. The match would of been over this round, but Uraeus missed against the Ice Pixie. The Haunted Spider killed Medusa though.

Ice Pixie attacked my Manticore and then died to it.

This match was really quick. Even though I had no defense or anti magic monsters or debuffs, I managed to win the match, mostly because of the super offense I used against his low speed and low health monsters. The Haunted Spider helped a lot this match, killing two monsters. I believe its a great card for only 3 mana, and I'll probably end up leveling it up to higher levels to try that poison ability on silver league.