Splinterlands Weekly Battle Challenge : My Battle With The Dragons 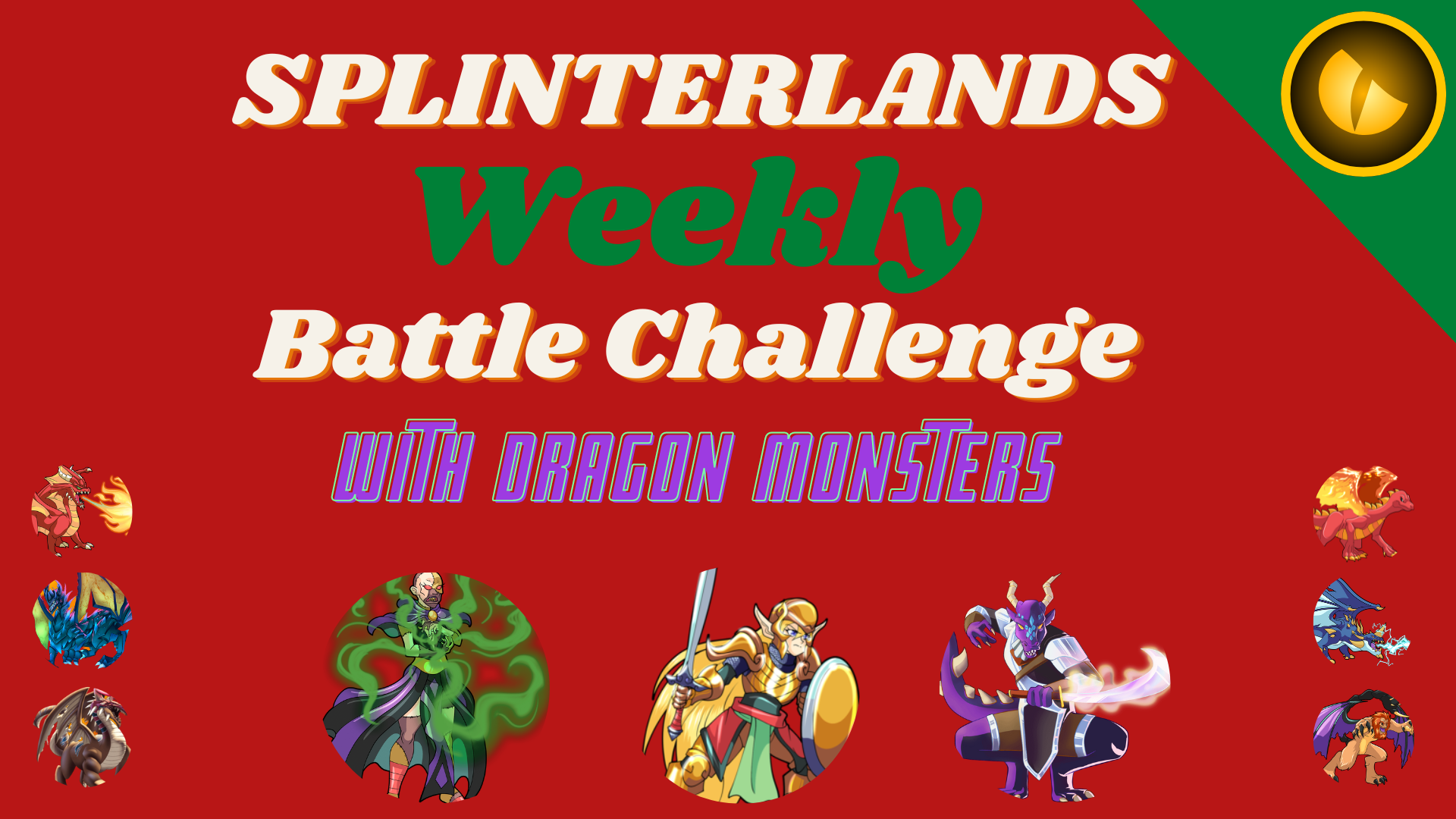 This is my Battle with DRAGON MONSTERS.

Dragon Monsters are my favourite monsters. In most battles, I use dragon summoners and dragon monsters. Here I am just sharing one, but at the bottom of this post, you will see some other battles with the dragon monsters.

There are so many Dragon Summoners and Dragon Monsters. Here I am describing those monsters I used in my battle.

I used this dragon monster in my battle. But I have many. I rent all my favourite dragon monsters at the beginning of the season. I have one of my best battle with a dragon monster from last season, which I will add at the end of this post.

That was my lineup for this battle. You may be surprised to see so many magic-attacking monsters when the battle rules have the Spreading Fury rule set. But there were not many monsters available in my collection.

Here I will tell the reason for using a specific monster in a particular position. DELWYN DRAGONSCALE
Delwyn Aragon Scale is a common dragon summoner. This is a promo edition monster. It has a magic attack-increasing ability. It increases one magic attack of all the monsters of its team. It costs five mana for the battle, so it is not an idea to use it in every battle. But this monster is helpful when you have so many monsters with magic attack abilities. Its max level is 10. 1. SPINEBACK TURTLE
Spineback Turtle is a common water monster of the alpha-beta edition. It is a low mana-costing monster. It costs only five mana and has no ability at levels 1 to 3, but from level 4 to the max level, it has Thorns' ability, which is so helpful for the four mana cost. It also has a defence shield. 2. CHAOS DRAGON
Chaos Dragon is a Legendary Dragon monster of the Chaos Edition. It cost 14 mana for the battle. That means it is one of the highest-costing monsters. It has flying, scattershot, blast, and blind ability at its highest level. It is a magic-attacking monster. It has ten health and four defence shields in it all level and has three magic attacks in levels 1 to 3 at the highest level means at level 4, it has four magic attacks. 3. SEA GENIE
Sea Genie is a Common Water monster of the Reward edition. It is a magic-attacking monster. It costs six mana and has the flying ability at level 1 max. At the highest level, it has also strengthened from level six to max. 5. MEDUSA
Medusa is a rare water monster of the alpha-beta edition. It costs four mana and has a magic attack. It doesn't have any ability, but at level 3, it unlocks the stun ability. Stun's ability is so helpful in battle. 6. LIGHTNING DRAGON
Lightning Dragon is a legendary dragon monster of the alpha-beta edition. It is a monster with ranged attack and high speed. At the highest level, it has a total of four abilities. It has flying, stun, piercing and blasts abilities at the highest level. Good strategy and good battle with dragons cards.
I also like the graphic style you use in your posts and the pictures of the initial and final rounds