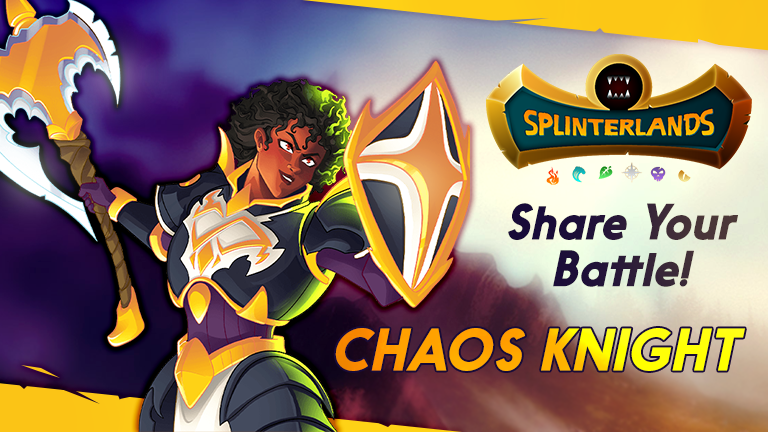 Hey guys, today I'm going to be talking about Chaos Knight for the weekly challenge, I have recently started and am still in the lower leagues :(

As a new player to SPLINTERLANDS I am still learning the game mechanics and have not had the best luck with the Life Summoners. Besides the first few days getting absolutely destroyed when I tried them out, I only really use them when attempting to complete the daily quests.

The challenge posted by SPLINTERLANDS is to use Chaos Knight, a common card from the Chaos legion set. I don't own the card and use the level 1 version that is available to everyone. 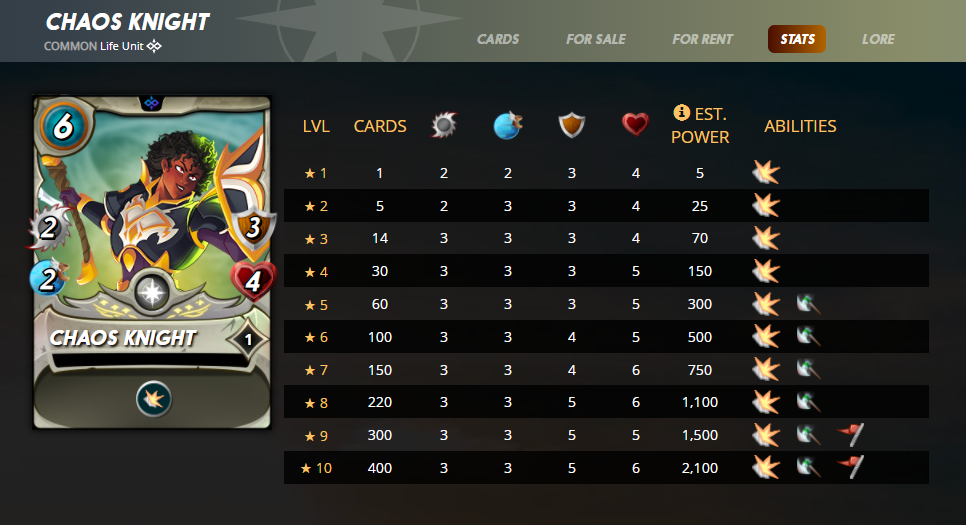 Personally, I thought the card was a bit weaker than some of the other tanks.

My current battle strategy is to try take out the enemies’ backline with units with the snipe or opportunity skills and range units.

The mana pool for the fight was 29 and at novice and bronze levels most of the opponents I go up against seem to favour the Death and Fire elements.

With this in mind and I kept my strategy but decided to add 2 support units in order to stack more shields onto my tank (and all units thanks to truthspeaker) and to try heal any shields the tank would lose each round.

It was closer than I would have liked with 6 misses on the enemies Spark Pixies unit, but besides that I was pretty happy with my line-up

In summary I was happy with team performance but not with the fact I had to make so many changes to pull this off. I tried similar earlier and magic units were able to defeat my line-up no problem.

Any comments or feedback on my strategy, tips for new players or blogging is appreciated.

You can watch the full battle here
All images rights belong to splinterlands
Not yet playing splinterlands? You can join using my link
hive-13323 splintertalk splinterlands battlechallenge spt challenge oneup peakd play2earn
0
0
0.000
2 comments