Sneaky sneaky quest strategies - Which Splinters do you Sneak with?

@ecoinstant 73
about 2 months ago
Splinterlands

Last night, after a long day of work I came home and told my wife - we need to win 5 battles before going to bed. She said some translation of 'What?' - and I proceeded to show her all about my pro-gamer ways.

Sneak is a great quest - I enjoy it because I have several strategies that use sneak and I'm going to show them to you today.

The easiest one is my Malric Power Team - I use the Kobold Miner already, so if Power Physical can win the day, Kobold Miner fits right in.

Here's the Battle for reference

I used a bit more magic than usual, although you may recognize my Naga Fire Wizard in the back, I also put in a prismatic energy with both void and reflect as a secondary tank in case the magic got out of hand. As well, notice in blast battles that void/reflect in second position can do some very nice damage while resisting the lowered blast damage.

Against this melee/ranged heavy team, the prismatic energy gets its teeth kicked in, although it does seem to help the lich from getting even more health. Noticed the Lich is leeching life from both the initial shot as well as the blast shot! OP! 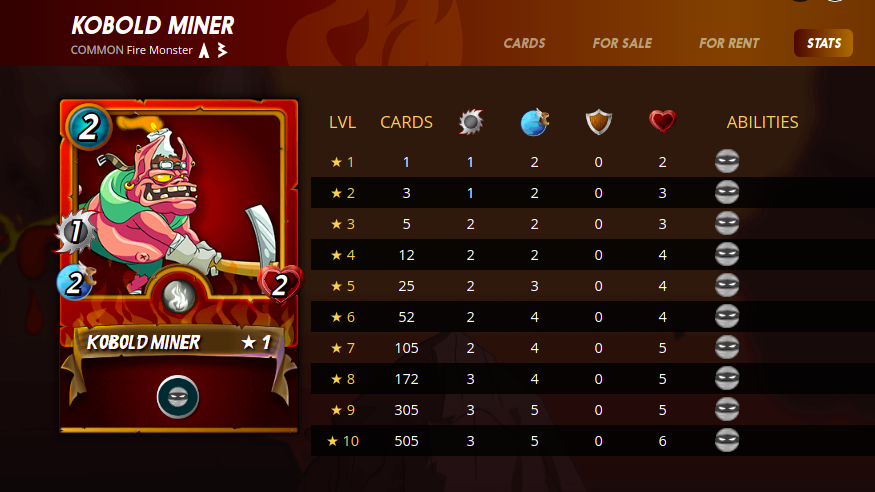 Notice that if you are going to use Kobold Miner in silver or gold it pays to get it to at least level 3, where it bumps to 2 attack. Combined with Malric or another inspire ability, that's 3 attack hitting the backline each turn - a monster sneak card for just 2 mana!

Another sneak set up that I really like in Gold is in the Green Splinter.

I figured the opponent would go to his llama, and I was correct! Even so, I didn't expect to dismantle it so easily - check this out!

Again, a void/magic reflect combo! I love this unicorn as a tank, as long as the opponent is using magic it rocks!

Notice too my secret weapon, a lvl six Orc Sergeant. This is the level that he unlocks inspire - which opens up a whole new slew of options for the Green Splinter. 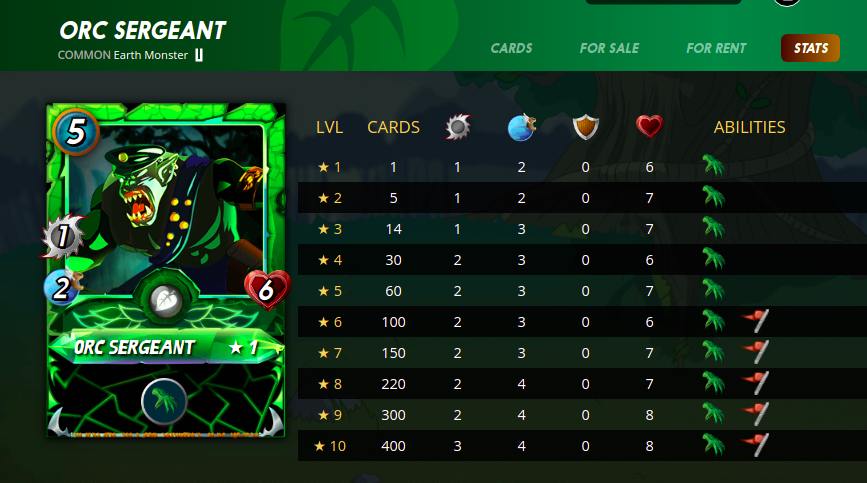 Goblin Thief on the other hand, our handy sneak monster for this Splinter, actually unlocks its +1 to attack at level 4, back in Silver League. I have a level 5 card, but reviewing the stats now I think I wasted about 30 bcx here since that +1 to speed is not all that useful after all.

I also think that shatter is overrated while using the Wizard of Eastwood, since he takes 2 armor off of all opponents. If you need more armor reduction, wizard of eastwood + sporceror's rust leaves all but the most armored opponents defenseless. 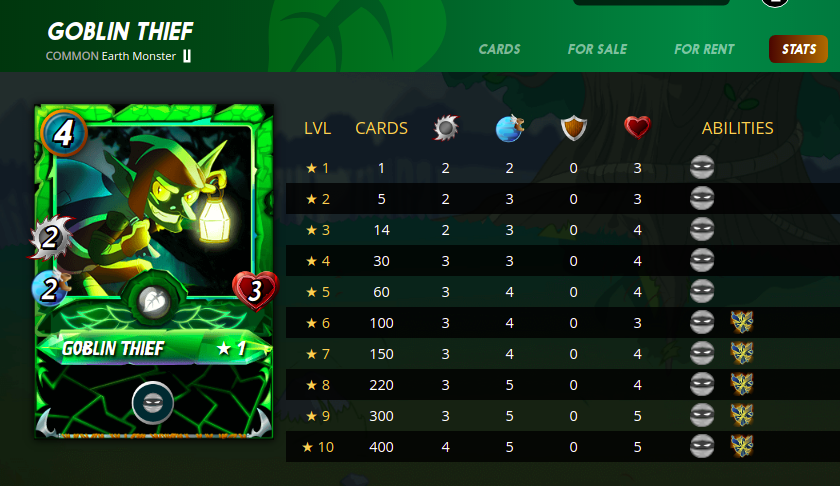 How about the Death Splinter?

You may remember my beloved Death Splinter Strategy - Contessa + Undead Rex from my 12 tips post, well here it is in full glory on a stampede ruleset.

And this brings up an important point! The sneak monsters doesn't need to do anything effective or extraordinary in these matches - they just need to be on the team while Rex eats all the opponents! 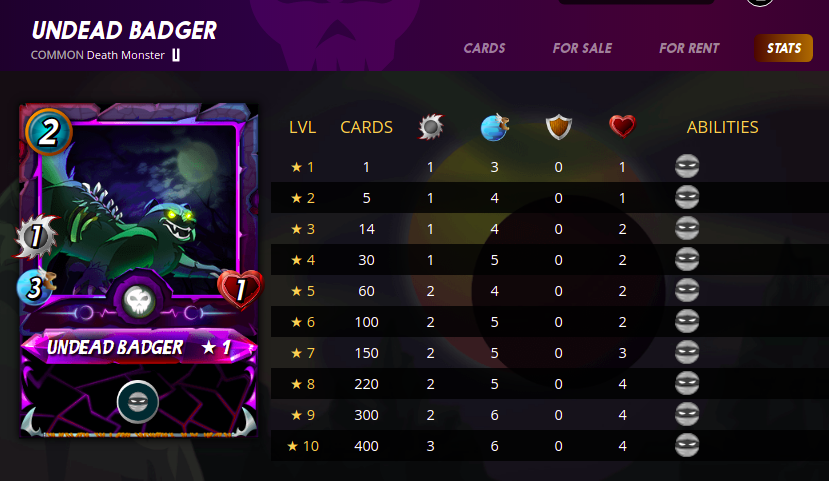 The undead badger here is another example of how maybe I didn't really know what I was doing when I was opening untamed packs. I started playing Splinterlands with the Untamed kickstarter, and I leveled up cards at first because I thought it was the right thing to do - not necessarily by careful analysis of the costs and benefits.

While I have a lvl 6 badger - a lvl 5 is practically the same card - and in this battle even a lvl 1 would have done the trick!

Analyze carefully any combining of cards you do for the real benefits before wasting money!

And just to show you another splinter - Camila can do it too!

Another hard fought battle I was thinking I might lose, against Mimosa everybody voided team. Luckily not too many of my strategies use heal, so her affliction didn't affect me at all.

Failed Summoner's additional ability of demoralize, combined with Camila's gave the opponents a -2 to attack - this really saved me here.

Also - this was an everybody sneaks ruleset - Don't be fooled! - You still need a sneak monster in your team for it to count for the quest! Thanks again to Goblin Thief.

For all my time and effort, I did get one card for quest rewards - an epic one too! 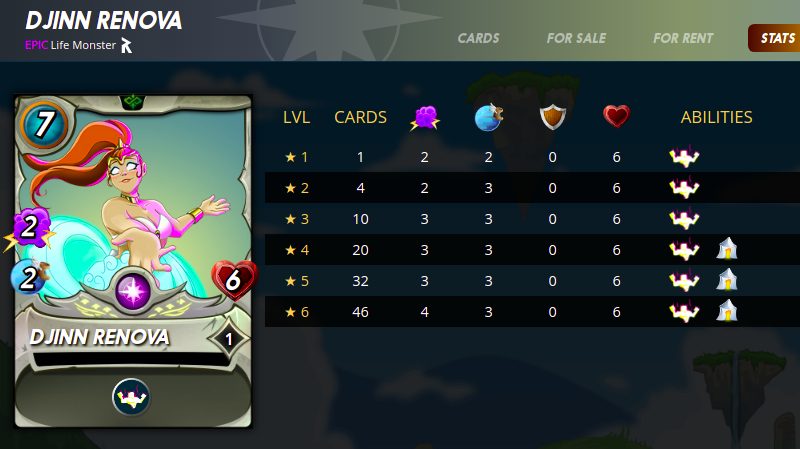 Today I got a water quest, and reloaded it and got the dreaded life quest. So I guess I'm SOL for the day until I can reload it again - I should have just stuck with Water and tried to pull out some wins with Alric.

Hey @ecoinstant, here is a little bit of BEER from @pixresteemer for you. Enjoy it!

I have a question: what is the best card database out there? for some reason I cannot find one.

I would like to be able to see all cards by element and be able to quickly check abilities and variants :/

I use peakmonsters.com and they have a lot of great filters - I don't know of a better one!

Splintercards.com is pretty good. You can filter out the cards there by splinter and abilities.

This is a great site I didn't even know about! Upvote!

Life is great for Sneak!

I've done well on this team in Gold even if I'm just using the Silver level ones.

Hope this helps your quest! 😁

Am I the only one feeling really satisfied watching a level 2 Kron getting destroyed? The synergie with Orc's Inspire should not be neglected!

Everybody should be convinced to get Rex after watching Contessa + Undead Rex stomp in the stampede ruleset.

Camille battle is a great example of legendaries doesn't always wins you the battle (I thaught you would lose it at first :') )

Great battles and Good Luck with your quest!

Somehow its even more wonderful that the lvl 2 Kron was Gold Foil!

There are a lot of players still thinking that its the legendary cards that you need to get wins - when properly used commons and rares are victorious it changes the whole dynamic!

I am happy you are doing the weekly posts and have started to figure out the social aspects of the hive blockchain! Apart from fast and free tx, this is what really sets Splinterlands apart from other games - its built on a better blockchain!

@thegolden 56
about 2 months ago

It is a very special post that contains a lot of useful information for me, and I am really trying to benefit from any post and any blog I find on this site, so I am very grateful to people like you who share their battles with us with these beautiful and very useful details for many players.
The battle that impressed me the most is the second battle you played with the Earth team, in which you used this summoner "WIZARD OF EASTWOOD" although you did not benefit from the ability of this summoner, but the battle in general was great and you completely eliminated your opponent in it and tried to see some rental prices For the monsters I used, and I almost found out that the monsters that you used in the second battle, for example, cost about $ 2.5 per day, and this is a big number for me unless I am able to get it by winning battles.
In your opinion, can I, for example, rent high-level monsters from a certain team and rely on him in all my battles until I can hire a lot of monsters because I think that is the only way to reach the silver level and I only have 1000 DEC

Not too high level, and not too many monsters - you must be strategic with a small budget. To get to silver3 you need 15,000 collection power, and there is your first challenge - which are the most important cards to compete in silver?

In this post I document how you can be win in Silver with a lvl1 Summoner - you will need to select a strategy, in my case Alric + Lobstradamus + Venari Wavesmith.

@thegolden 56
about 2 months ago

I am really grateful to you because you always help me with new ideas, of course the 15000 power challenge is the hardest for me because I am looking for cards that give me a lot of power with a little low rent and I don't want to reach the silver level and then after my lease ends I go back to the bronze no but I want Continuing with the silver and then trying to go up the levels, reading your post might help me too.
Once again I am grateful to you my friend