Woo! You seeing this shit right here? Now hopefully, this will put some flavor in people's mouths as we gather our thoughts and get questions ready for the upcoming AMA on the 20th. I'm loving the grunts with the critical hits, need more of those! Killer 'Level 1' action. Got me super fucking pumped to see the PvP modes. The third 'map' they showed gave me a sweet ass 'Mass Effect' feel and tickled my balls. The music really represented the post-apocalyptic feel I've been craving. See, now I've been on this since pretty much day 3 of their birth when I heard about them all like what? An FPS game coming to Hive? Fuck ya, I'm all in! The LVL token sales have gone through the roof and if I sold now, I'd be looking at about a 700% profit. But, I'm not selling. They've got crates with unique weapons, perks, killstreaks and all kinds of cool shit coming for token holders. The HODL will also give me the ability to be an alpha tester for the game! Bring it fellaz, I know how to break shit and will give you the most comprehensive breakdown you can handle.

I worked briefly with another chain and that's all I was screaming was "FPS, FPS!" and all they wanted to build was easy stupid puzzle games and tower defense crap. I can play those for a limited time, but first person shooters? I still go back and play pretty much every COD and Fallout from time to time. And another reason I am all over these guys, is, I am pretty sure, since the token's name is Level 1, that they aren't going to be stopping with #psyberx. It's like foreshadowing. Add that to plans of setting up a witness to support the Hive ecosystem as a whole, and my hopes are soaring with these guys! Just glad those little trash bot things weren't screaming 'EXTERMINATE'! (Though, that would be funny as shit🤣) Why the hell are you excited about this Witty? One word. Competition. There is the Play Gamer community (PGM), Orion's Peak Gaming (OPG) and the popular 1UP. A lot of people are seeing #oneup all over the gaming side of the Hive map and appear to be the biggest community. I don't think they really are, they just have a few people throwing a lot of change around. By rights, #splinterlands is the biggest on Hive and probably will be for quite awhile - until @psyberx sets all kinds of new records. 😁

However, if anyone has been in the #thgaming server, you'll see these guys are all over the fucking map. What they could potentially bring to Hive will exponentially increase the exposure for all of us. So, I got a good chunk of their token and tomorrow - they will have staking and curation abilities. Plus, if you look at their roadmap, they have plans to set up a witness meaning - they want to be here for the long haul. That is a big plus for my decision to invest in them.

Dude, you crack me up! Now, this video, oh my frig'n god. Was only a 'matter' of time before there was some kind of massive clap back for all this bullshit BLM reverse racism propaganda. It's really funny because Black Lives Matter was started by 'white boys'. Almost as funny as slavery being started by a black guy. Here's a couple more videos I been on the past few days and shit - the Canadian singer for Arch Enemy - Alissa White-Gluz? Ya.

Exciting times for those involved with Hive right now. #splinterlands is closing in on its 8th airdropped card by selling over half of the 15,000,000 (fifteen million) packs that will ever be available for the Chaos Legion series. @jim-crypto is making #thgaming a reality on Hive. And now, we are seeing the hustle come to fruition with @psyberx! Fuckenay rights, do what you do and REMEMBER TO BE YOU! I always am, even if my handshake burns Lucy's. I NEED more lvl! lololol How am I supposed to be pimpin' with not crate drops!!!!! olol

Get that 200k mark man and you're golden!

oh it won't be long.....little by little lololol

Splinterlands is gonna have some real challenge with Psyberx 😅😅😅 when @psyberx sets it's mighty records 😅
First Person Shooter Game on the Hive Blockchain
Play to Earn Game
NFTs Overload
O yea!!!
We are waiting!!! 🔥

Hahaha
That won't be enough
We will invite the Fire Service

But the @psyberx fire may also overwhelm the fire service 🤣🤣🤣

Yesssssssssssss. I've been waiting so long for a PROPER game on Hive. Idle card games are great and all... but... ehhhhhhhhhhhh. THIS is something I can actually get into!! So sad I couldn't afford to invest in LVL, so, guess I'll get to see how good this game is for someone who starts with nothing. 👀

Can always buy up a little at a time 😁

Is that the name of the token on Hive engine Psyberx? If so i need to get some.

Thanks for the feature and for being an early investor into our Coin! We will now work on 100 X'ing the tokens you already hold 🚀

You can now use the #THGaming tag in your gaming and crypto posts for potential $THGaming Tribe token rewards.

Ahh maddd...🔥🔥🔥
It's a game, awesome. @kaelci is super excited, I am excited to... This is exciting.
Thanks for the info via hive gaming chat, would appreciate more in relation to this.
& Starting with nothing, I like the sound of that 😅👀

You gonna play when it comes out?

Absolutely, I'll love to. Getting my hands on early, makes me wish I got on splinterlands early too.
So yes, I wouldn't want to miss out on this.
Would appreciate it announced via #theterminal discord server or a tag or whichever way is best please🙏
I love that. Much love to you Enginewitty sir ❤️🤗

For now Splinterland is my favorite game, but I am sure this one will be a BIG challange 😜 and I bet many have been waiting for this kind to reach hive. So I think it will be popular Quick. I need to check it out more myself 🙈 been all splinterland to much... Lol

Happy Monday sweets. I be on Splinterlands until this comes out, then - it's gonna be hard to figure out how to split the time!

I do understand that new game will be exciting and I bet it will be taking lots of time.
But you not gonna be in splinterland then? Not same without you.

Psssh, I won't stop playing Splinterlands, just have to figure out how to add more time to play both 😘

You scared me ❤️

Dude! Thanks for the shoutout!

Gameplay sure looks quite different from most other P2E games out there, definitely refreshing! Although... I'm pretty bad at FPS, so I'll most likely be sitting by the sidelines and watching the project grow 😂

There will be a few aspects to the game that might interest you as it progresses, never know!

Too much stuff for me to keep up with. But I trust PIMP to take care of things!

My god. The value of my LVL doubled over the weekend. I'm glad I got in when I did. I'm gonna love this game.

Most certainly a great time for Gamers right now... 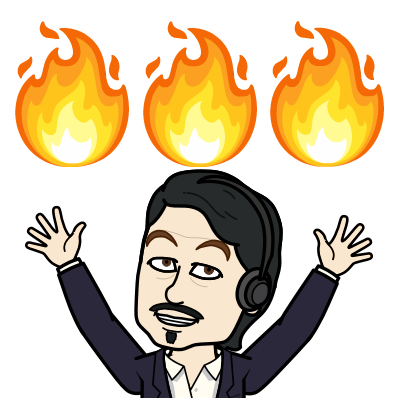 I enjoyed the post...but I would like to point out that it is basically oneup and the Cartel that is helping THG, LVL, and many other tokens stand on their feet by investing in the long term...and providing all sorts of advice and getting them set up with the right people...

We want other tokens and the HIVE to grow...there is enough pie for everyone. "Grow not compete" is my personal motto...because in the end we all want more money to come into HIVE and we want HIVE to grow...!1UP

BTW Why are you not in the oneup discord yet? Surely you have been invited...

They aren't the only investors and I get that. But it is a competition. Hive competes with Steem and ETH and WAX and countless others to climb the charts and be the top ranked crypto to bring people to the ecosystem and when it comes to second layers, it's no different. Collaboration is great, I love it, but competition is what brings out the best in almost everything by forcefully adding originality and unique appeals from the creators of a thing to create a demand for the thing.

And actually no, @flauwy has never invited me. I even met and hung out with him in Krakow for a spell and checked out some of the local art and scenery.

Well I am officially inviting you to our discord...Don't know why Flauwy did not do it...but I am sure it was not intentional
https://discord.com/invite/H5mxvTrexm

Your posts are awesome and enjoyable...and I would love to see you in our discord regardless of the position you maintain.

That said I don't completely agree with you...competition does force out better quality content, which in turn brings in more money from outside into HIVE than perhaps WAX, but that is the limit of what competition does...there are so many other factors from budgeting to finance to project management that is better suited to benefit from collaboration. (all 3 are badly needed in the blockchain projects)

Example: Copycatting is a waste of energy, time, and money, and collaboration is better suited towards achieving like-minded objectives between tribes/tokens.

I see that in THG (the objectives part), hence why I am more than willing to invest in them heavily and even expose them to whatever they might need from bot devs to writers, to editors, to Illustrators, etc.

I see you have an open mind which sadly I wish more people had...and therefore I enjoyed this conversation.

So now it's competition, which can bring best ONEUP or THGAMING but I think author are able to use both tag and both can rocket until unless both decide to impose any kind of "frontend" penalty.

What makes it all great is the competition 😁

Splinterlands is freak epic and what's awesome is hive is finally starting to be built up with new games and applications. I'm totally pumped for all of this!