About four months ago, I started playing Splinterlands. Time to see how things progressed since a month ago.

Still I'm not the best player (by far), losing more often than winning. I do like that the base pack is now full of Chaos and Untamed cards. Everyone needs to rethink their strategies and, so far, I've managed to do that pretty well. I do the daily quests and even managed to reach Bronze I yesterday (thanks to two rented epic cards). Not sure whether spending almost 200 DEC on that was worth it, because I got "just" three cards. I do like the Venari Wavesmith though, a card that comes in very useful in the Water deck. 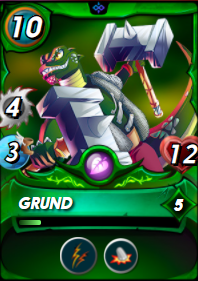 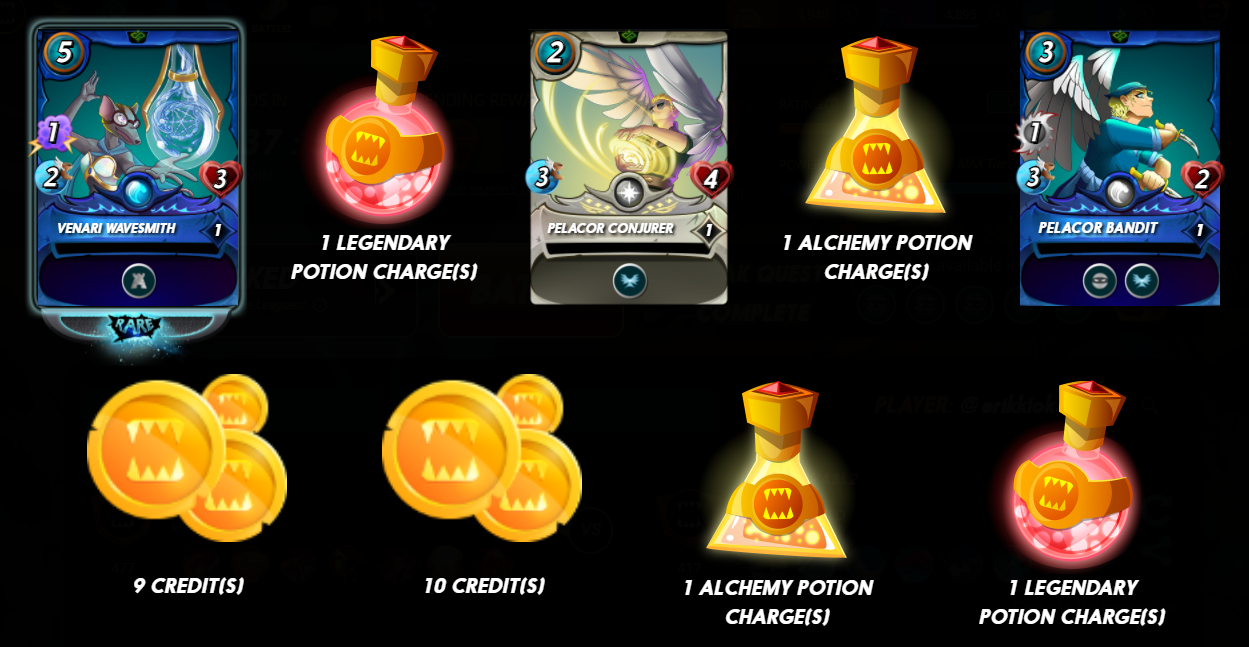 And the end of season rewards I got thanks to them

I decided to open two of my Chaos Legion packs, the ones I bought using a Voucher, and was relatively happy with the results. Especially the Summoner (Thaddius Brood) is a nice (and valuable) addition to my deck. 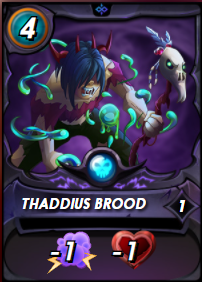 Always good to keep track of the financial side of the equation. I bought the Spellbook and 10 Quest potions (for $17.5 or 36 Hive). I did buy four Chaos Legion Packs, one with (free) SPS, one with Credits and two (at a big discount) with Hivep on Hive-engine (around 30 Hive/$30 in total).

According to Peakmonsters, my cards have a total value of $38.53. This is a lot less than a month ago ($48.69). And that while I opened two Chaos Legion packs in between...

I keep getting a nice airdrop of SPS every day. I staked almost all SPS I received to get more Vouchers and to make the staking rewards bigger and bigger every day. You can see a nice increase from 86.9 to 116.3 here. As with the DEC price, the SPS price also went down, making my holdings value at $31.36 instead of $35.90. 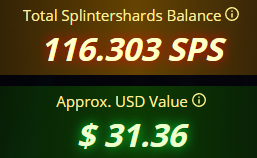 Thanks!
Here is some !LUV in return