About half a year ago, I started playing Splinterlands. Time to see how things progressed since two months ago.

Still I'm not the best player (by far), losing more often than winning. I do like playing the daily quests, but I'm far from addicted to playing much more. I've been able to reach Bronze II most of the seasons, so that's a nice thing. Unfortunately not much card rewards still. Look for example at last season: 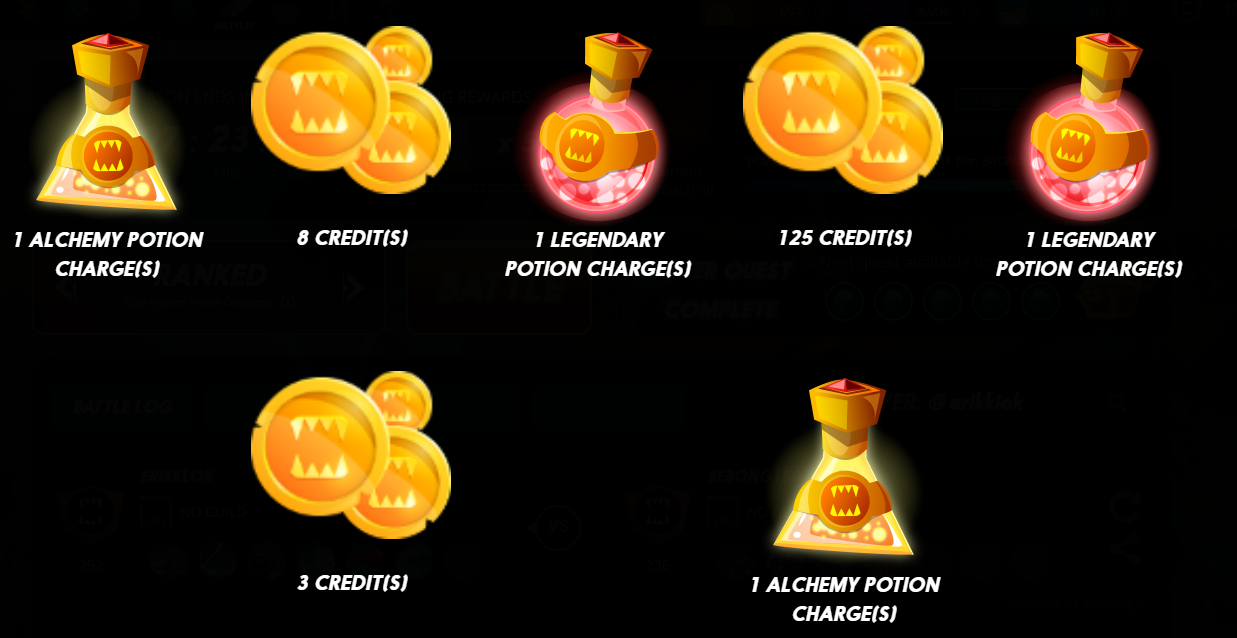 At least the 125 credit reward was kind of decent...

Always good to keep track of the financial side of the equation. I bought the Spellbook and 10 Quest potions (for $17.5 or 36 Hive). I did buy five Chaos Legion Packs, one with (free) SPS, two with Credits and two (at a big discount) with Hivep on Hive-engine (around 35 Hive/$35 in total).

According to Peakmonsters, my cards have a total value of $24.54. This is a lot less than last time ($38.53). And that while I opened another Chaos Legion pack...

I keep getting a nice airdrop of SPS every day. I staked all SPS I received recently to make the staking rewards bigger and bigger every day. You can see a nice increase from 116.3 to 163.0 here. As with the DEC price, the SPS price also went down, making my holdings value at $23.46 instead of $31.36. 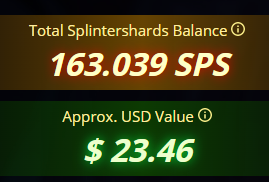 As said, I bought a total of 5 Chaos Legion Packs, of which I opened 3. The other two are currently worth $6.34, about half of the value from last time.

Nice summary. Hopefully with the next update the value looks better. At least thats what players like we are would want :-)

Indeed, I hope so too. !LUV