Another week has passed, so it is time for a new update. 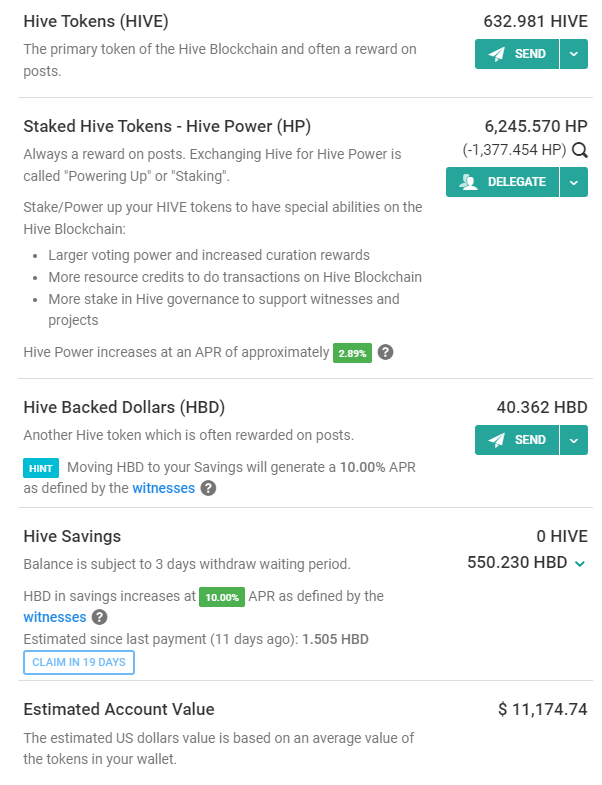 Below you can see the graph in which both my Hive Power holdings and the corresponding dollar value are shown. Good to see the dollar value stabilize after the correction of last week. Hopefully it can go upwards from here. 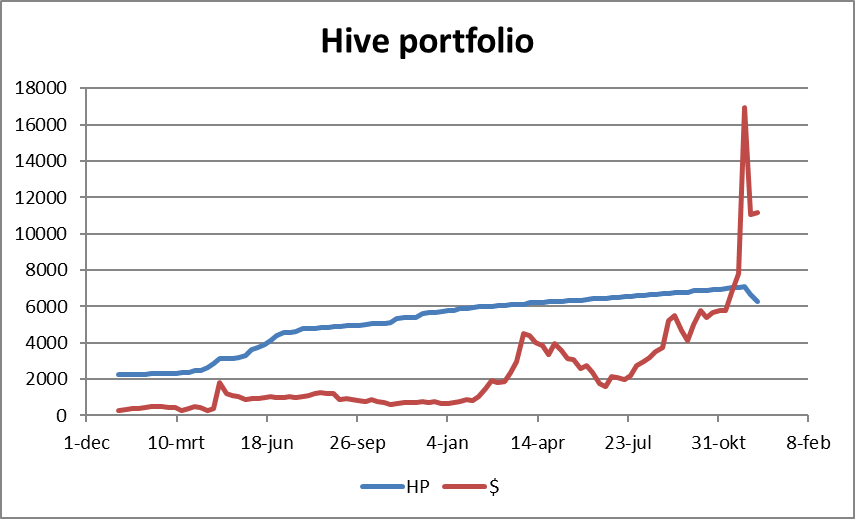 Below you can see how the Hive value of all tokens evolved compared to last week.
Again most tokens appreciate a bit against Hive. Probably the lagging effect of the correction the week before, where most tokens didn't went up too much. 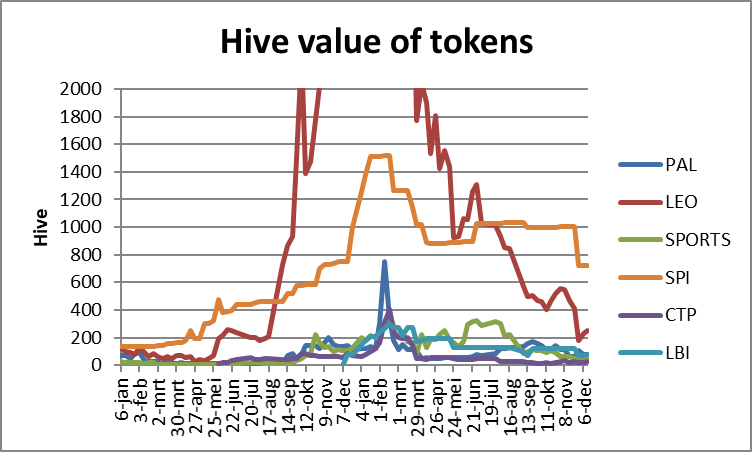