The best battle I've had since I've been in Splinterlands. 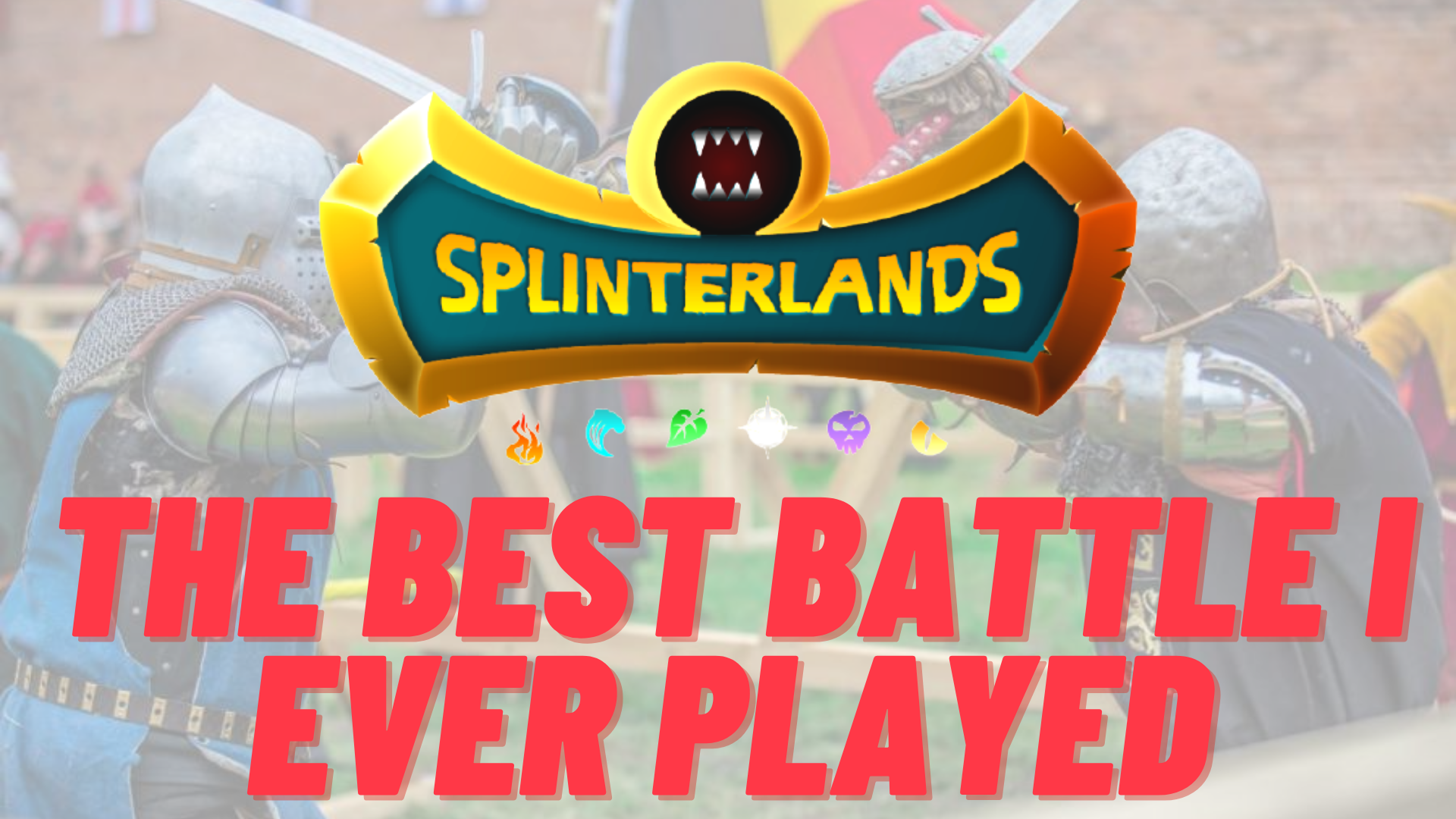 Since I started playing Splinterlands I always wanted to have an epic or extremely incredible battle where I was the winner against an epic fighter, and although so far I had fought against bronze level players like me yesterday I had a battle that I consider the best I've played so far because I could defeat an opponent @hycnt who has different golden cards and with a very effective strategy.

It was an epic battle because it seemed that I was going to lose the battle. After all, my opponent eliminated three of my best monsters in the second round and it seemed that my opponent had the battle in his favor, but at the last moment my 2 monsters with magic skills ended up giving me the victory.

Since I downloaded the splinterlands android app and I also have the internet at home, I have been able to play more on my phone since it is easier for me and I can play at any time. I also have a goal to be among the top of the bronze league, so when watching the battle below, I recommend you to watch it from a phone to have a better experience.

My opponent had in his deck most of the new Chaos Legion cards, for example, he had Cursed Windeku a monster that besides having speed, attack and 10 life points also has the ability of Thorns that does an additional 2 damage every time it receives a Mele Attack. I also had Life Sapper that although it doesn't have much in attack magic, has a life increase ability every time it attacks.

I also had Silent Sha-vi a snake that has a sneak ability, Dhampir Stalker, and two non-chaos legion cards which were Skeleton Assessing and Undead priest. Also, the rules of the battle were that at the start of the game all monsters have a divine protection shield, which prevents any damage at the start of the battle, and although this is very advantageous for both players, it can also turn for the worse.

In my case, I was implementing a splinter earth strategy and although it is not very effective to beat the splinter of death, in this case, it did work, since I placed in my deck 2 life healers, which helped the tank to survive several rounds.

In my deck, I had Unicorn Mustang as a tank, an excellent monster for the first position because it has a lot of life and speed, and the attack power combines with Mylor's Thorns ability and makes it deadly. I also had Failed Summoner a monster that before I thought it was useless but after using it in different battles and being the only one left standing to win, I have used it a lot and even more against opponents that use a lot of magic, then there was Goblin Psychic that although it doesn't have much power what I like the most is that it helps restore the tank's health, which was very necessary for this fight.

Then I placed Wood Nymph which, like Goblin Psychic, also helps to restore the tank's health, so these combined gave my tank 6 health points each round, I was practically unbeatable. I also had Goblin Thief, an excellent sneak that attacked without mercy and lastly, I placed Venari Scout, a monster with an opportunity ability that attacks the weakest.

If you want to see the battle you can click on the image below.

Thank you very much for reading, if you want to play splinterlands and start showing your skill you can do it by clicking on the link below: