Ok this intative was kicked off by the one and only @kennysgaminglife and I am hoping not to mess it up to much! This format is also blatantly borrowed from @fireguardian , thanks for sharing your format and approach with me!

Really pumped this time as I got a clean sweep 6 brawls, 6 wins!!

It was a small creature battle, now normally I like to go Mylor with Failed Summoner in front and a heal and it might have worked ok going that route but I went magic instead. I am a big big fan of spineback turtle, 4 mana, thorns and 3 armour is huge! THey didn't have a bad line up, however my coral wreath is going to take out thier healer which means I am going to have more power to pour into their front lines. Also coral is going to snip out that weaker back row. 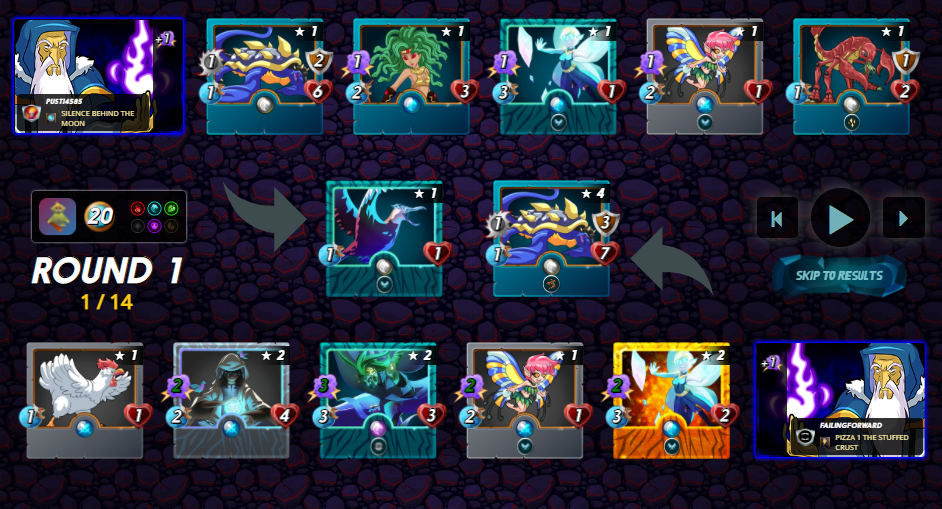 After the first round we can see that my coral wreath has turn the tide, we 9 magic ready to go vs 6 and my fast wreath is going to take out one of thiers first. It was a quick win from there 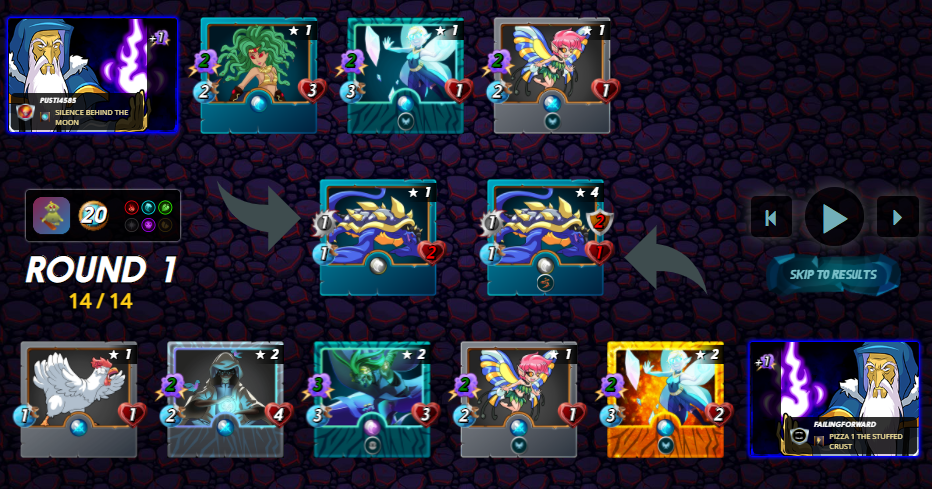 Ok so its basic monsters and archers in the front row. I like this because fav gladius Saurius can keep fighting and bloodlusting from that front row. Just a shame I cannot play magnor, his enrage blast is huge! Thier melee limit is going to slow me down but hopefully I can blast through, also halfling will slow down that haunted spirit and hopefully stop all damage combined with sheild. THey have set up for heals but I have none, so no problems there. 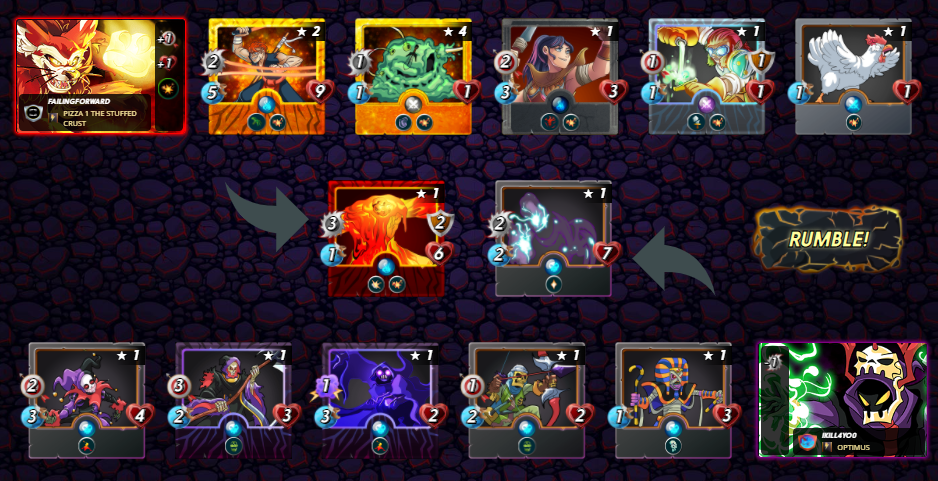 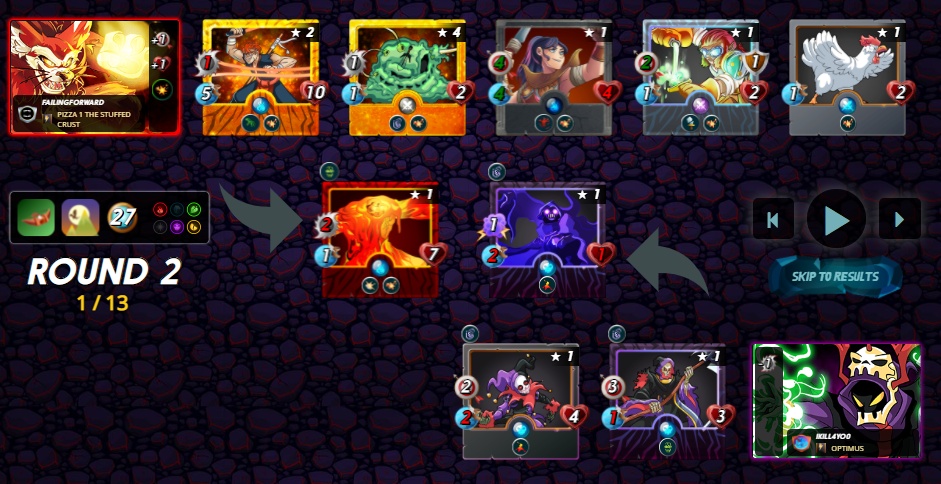 So with no abilities and just meele its agoing to be a slug fest and you can go two ways, Mylor which i chose or death melee reduction. In this case I want lots of monsters to take hits and give back thorns and shield to take a hit. I have loaded up with both as much as i could. I didnt land that many hits jsut gave out thorns and wore them down 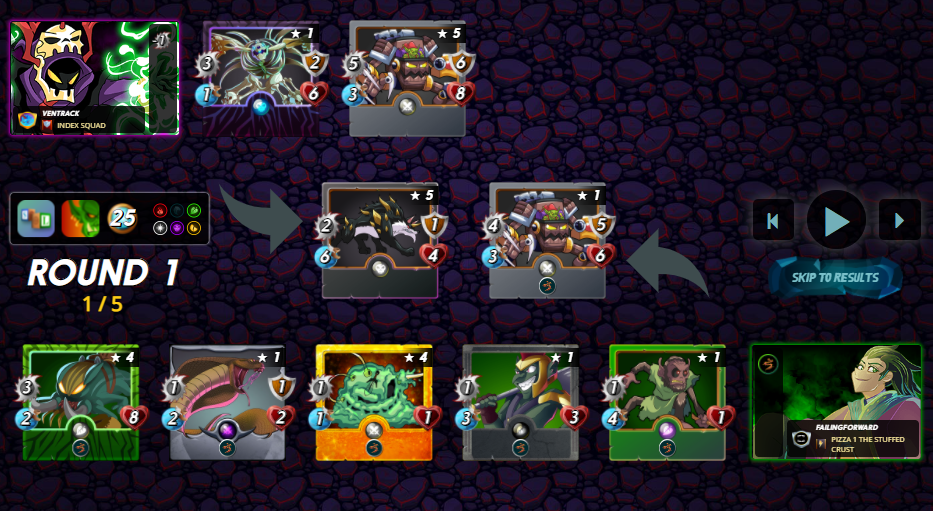 We both went magic vs. magic but two very different directions. Due to enrage i really want kracken up front super powered up, also decided not to heal kracken as i want that speed and attack from enraged. They went strong melee, odd for magic but maybe they are trying to pump up that Eid and make it unhittable. 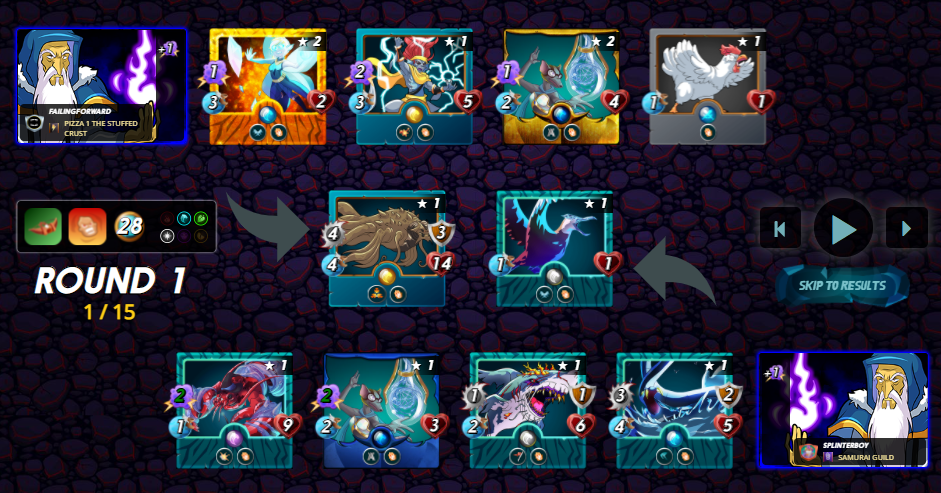 Unfortunately by round 2 everything had gone wrong for my opponent, their Eid got taken out with magic and Kraken was enrgaged and dodged the Melee hit from demented shark, from here it was a quick grind down 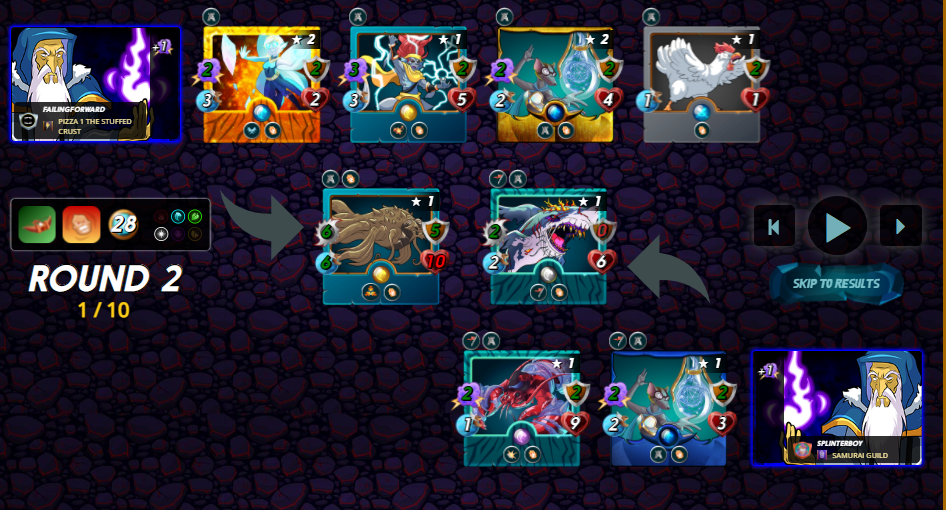 Brawl 5 Fire vs. Fire Yodin off!

Ok its Yodin vs. Yodin 99 manan, this is what Yodin was made for. I am hoping I have a couple of advantages here

One downside is speed, I have big hitter he has faster hitter he could wear me down. Hopefull Magnor tank does the job. Also that magic will skip wallstop sheilds. 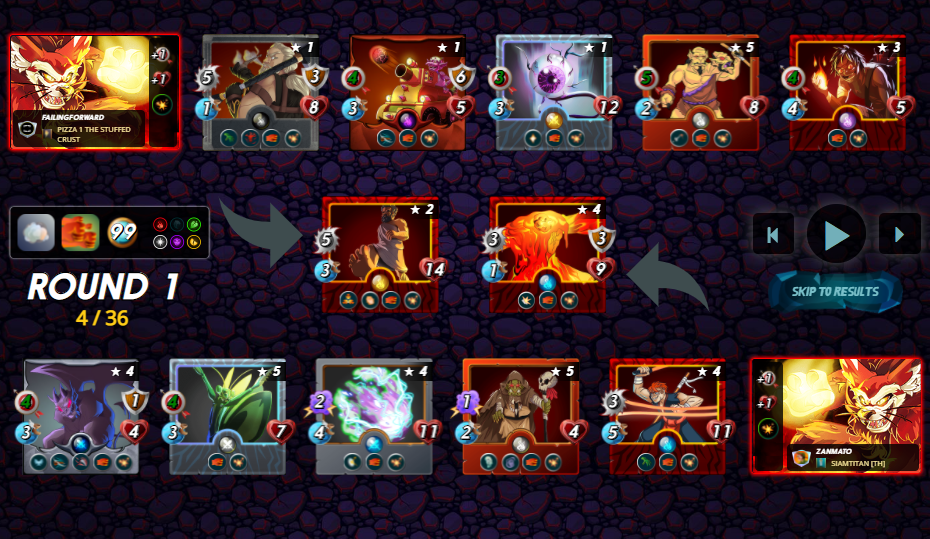 Ok so Magnor did his job and tanked hard, he also got a hit in with one health! WAllstop got bloodlust and some health back and took out that speedster, he is going to die but I am hoping that the tide has moved my way. 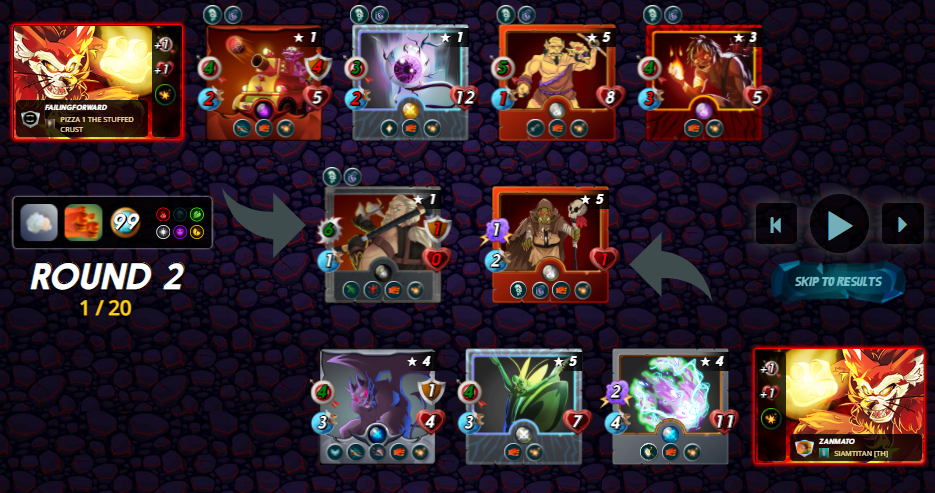 By round 3 the wall of sheet tanks has held up, and its clean up time 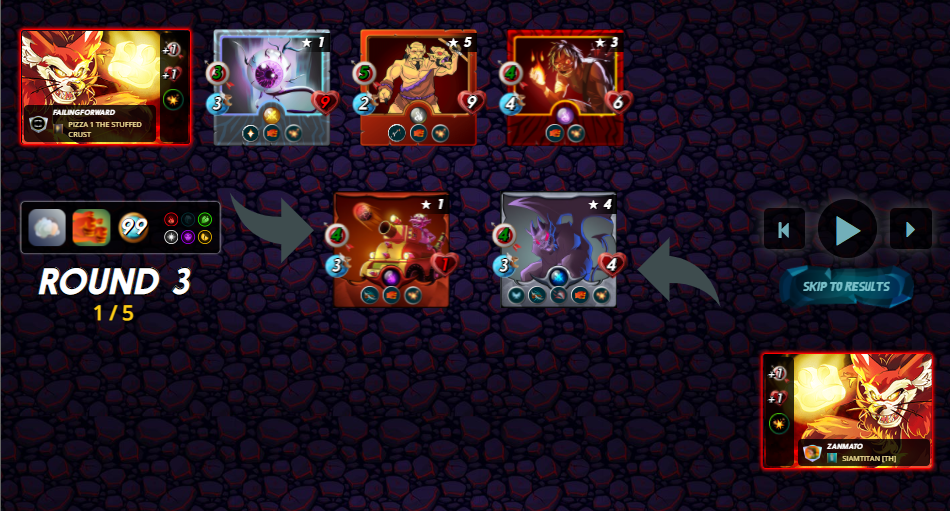 So they have gone anti magic and I don't have any, so that's lucky. I am nervouse about thier healer as they also ahve wavesmiths so I am going to have to chip through that health. What I am banking on is my blast damage chipping past that front tank and slowly spreading the second line. Also I have some snipes and stealth to hit that vulnerable backline. Basically that's what happened, slowly took out sheilds and then hit the weaker ones. 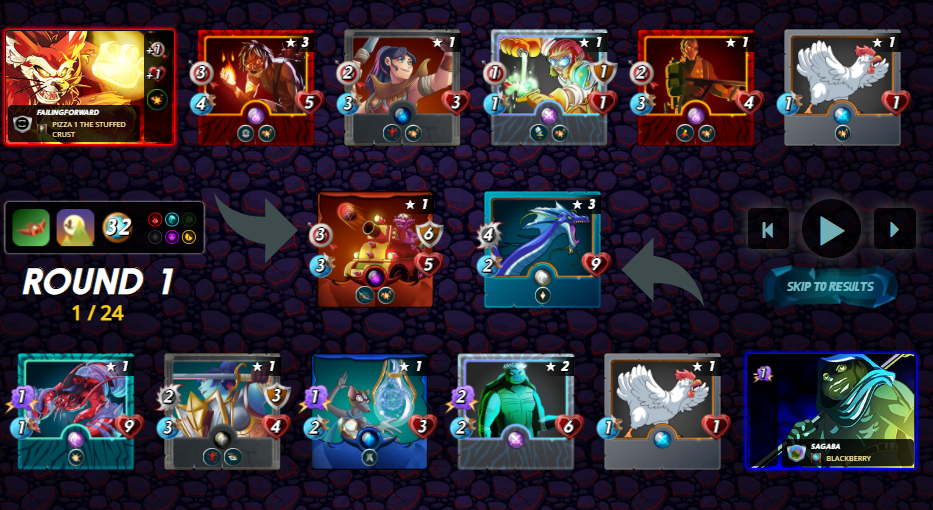 Hope you have enjoyed my Brawl report! As alway if your join use my referal code, failingforwards, get a spell book and I'll send you a card!