I really want to get more people active on HIVE and alot of new Splinterlands players are afraid to due drainnig thier RC which they need for rentals... however its a bit catch 22 because if they posted on HIVe they would quickly earn HP and RC would be a thing of the past so I am creating a series with the following offer and will update as needed so people are aware.

So new year new people lets kick this off again

Ok want everyone to have a chance at getting in on hive giveaways, but know people are afraid of losing rc, so if you enter some contests on hive like this one and let me know by tagging @failingforwards I'll delegate hp for as long as you active on hive until you can build some of your own !

So get to it, get active and start winning some cards

But wait there is more

Drop your post below and I will upvote it with all the HIVE, 1UP and SPT I can muster as well as drop some !PIZZA

Look forward to the comments! 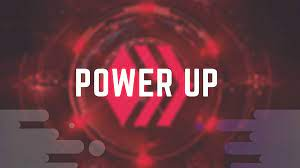 The following have reached out and received some HP

This is great! keep up the amazing work for the Hive community! I'll keep posting as much as I can as well!

Really challenging getting new members when there is so many social media platforms today.
I have received a few post rewards in Hive. All a bonus to me. Thank you.

Congratulations @failingforward! You have completed the following achievement on the Hive blockchain and have been rewarded with new badge(s):

Dropping my post below! Thanks for this initiative!
https://peakd.com/hive-13323/@relf87/54-analyzing-chaos-legion-packs-using-peakmonsters