In this post, I'm going to share a ranked battle of SPLINTERLANDS played by me using A Water Summoner and the cards in it. In this match, I've used a special monster which players under The Water Splinter. The name of this monster is Wave Runner This monster is going to be the main topic of this post. 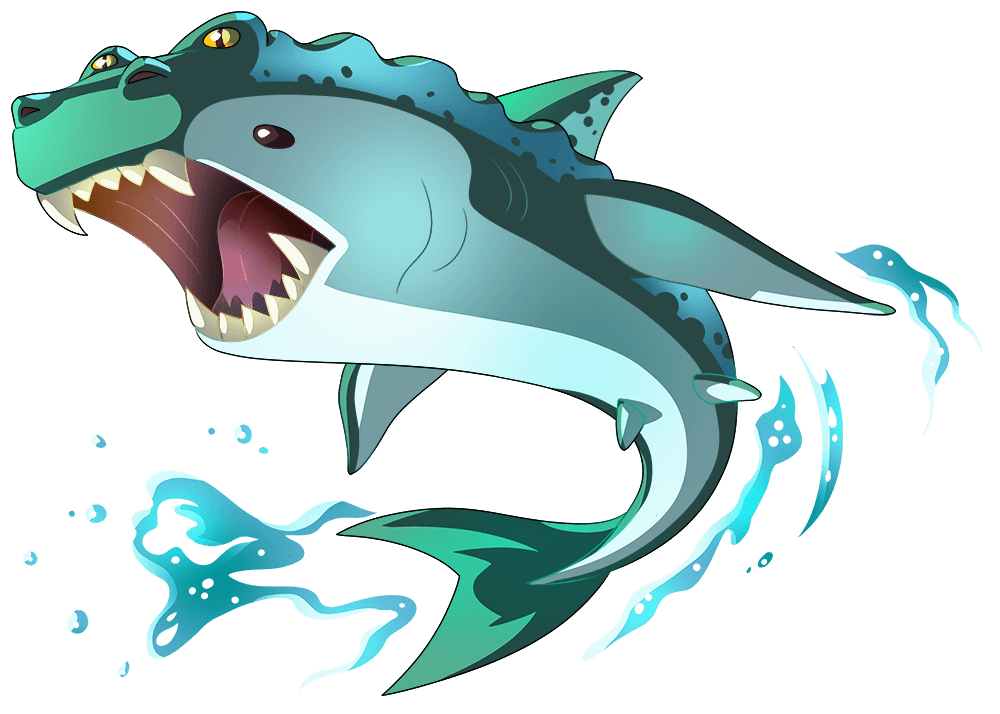 The Wave Runner is a common monster that plays under the water summoner. It's a reward monster. This card is mostly used in battles for its reachability. But, the snare & knock out abilities of this monster which it gets in its final level is also so useful in battle. Also in the top level, the life, speed, and melee attacking power of this monster increases and makes this card almost invincible. That's why it has a place on the list of my favorite cards. You can see all those details practically in the screenshot that I've added below. 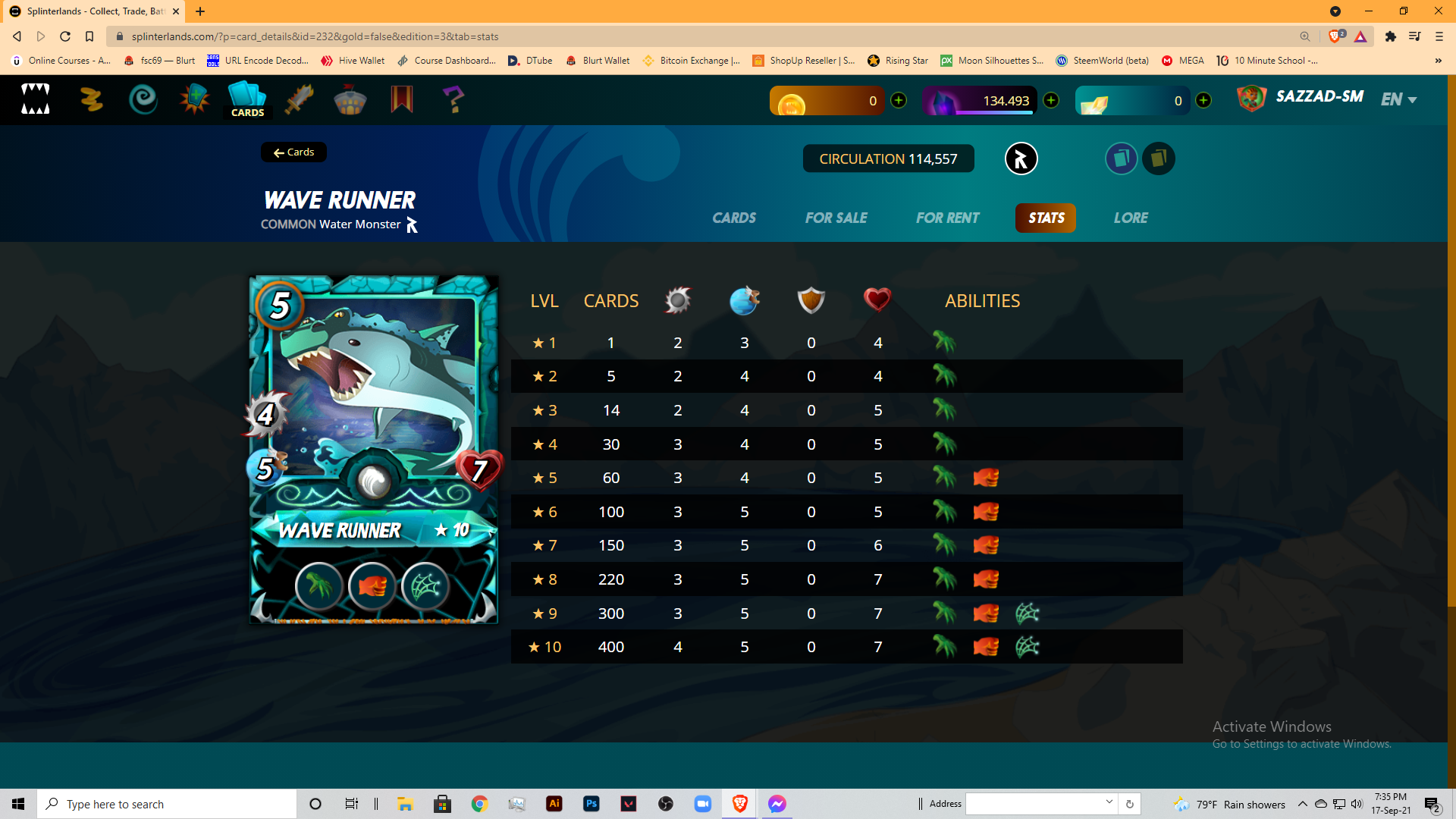 The Wave Runner sees not one but two sets of prey. The first set of eyes scours the ocean for a tasty morsel. The second set of eyes looks above to the skies for unsuspecting flyers. With a powerful swipe of its tail, the Wave Runner can leap out of the water and bring giant birds and dragons alike into the water where its body provides a natural fighting advantage. It's best to find land or make peace with your soul if you're unfortunate enough to face a Wave Runner. 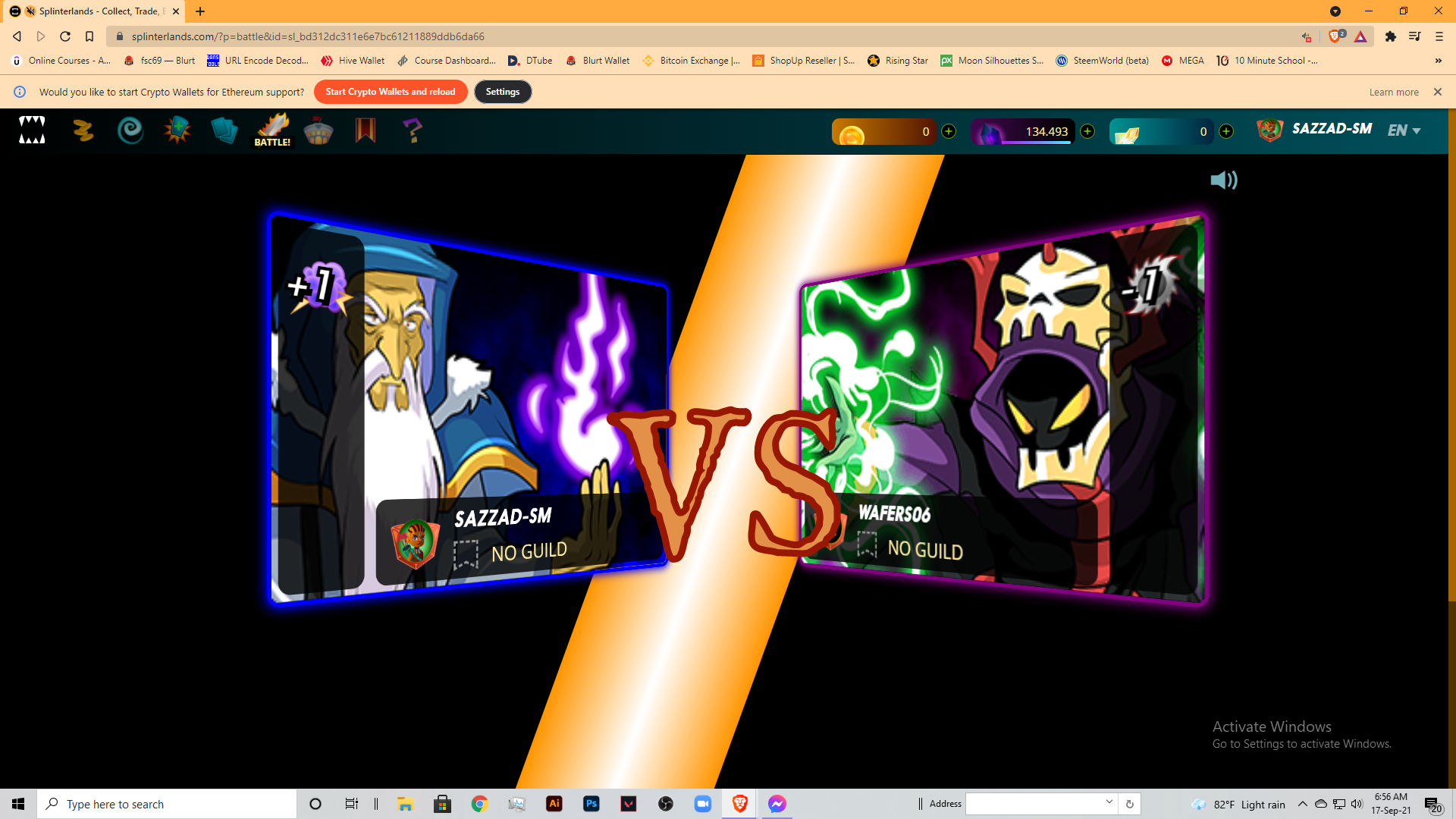 I've used The Serpent of The Eld in the first position because of the dodge ability of this monster mainly. Also the fast speed, the shield will help it to make a strong defense in the first position beside the dodge ability will help this monster to avoid the enemy's melee and ranged attacks, and by doing that it'll be able to stand longer in its position while other monsters will be able to attack the enemy monsters. 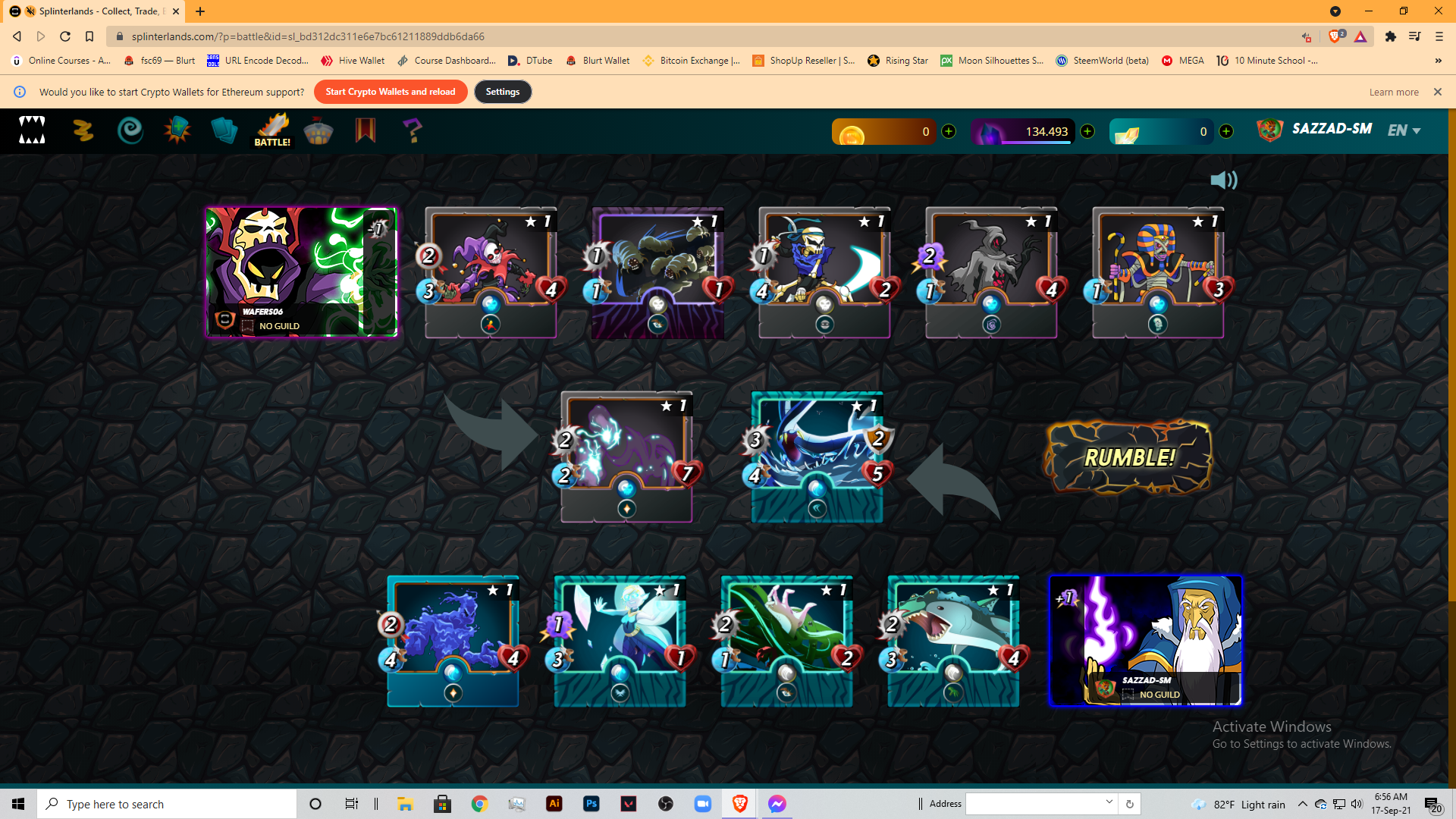 In the second position, I've used the theme card of this week's contest. THE WAVE RUNNER. I've used it because of its reach ability. This ability helps this monster to attack the first enemy monster with its melee attacking power even when it's in the 2nd position.

And then in the 3rd position, I've used the Feasting Seaweed. The opportunity ability of this monster allows it to attack enemy cards with the lowest living level. That's how it can easily kill enemy monsters with a low life that is positioned in the middle of the lineup and also out of the range of your monsters. It makes this card and its ability so useful in battles. If you see my battle you'll be able to see that it also killed bot of the Maggots and Skeleton Assasin easily because of this ability. 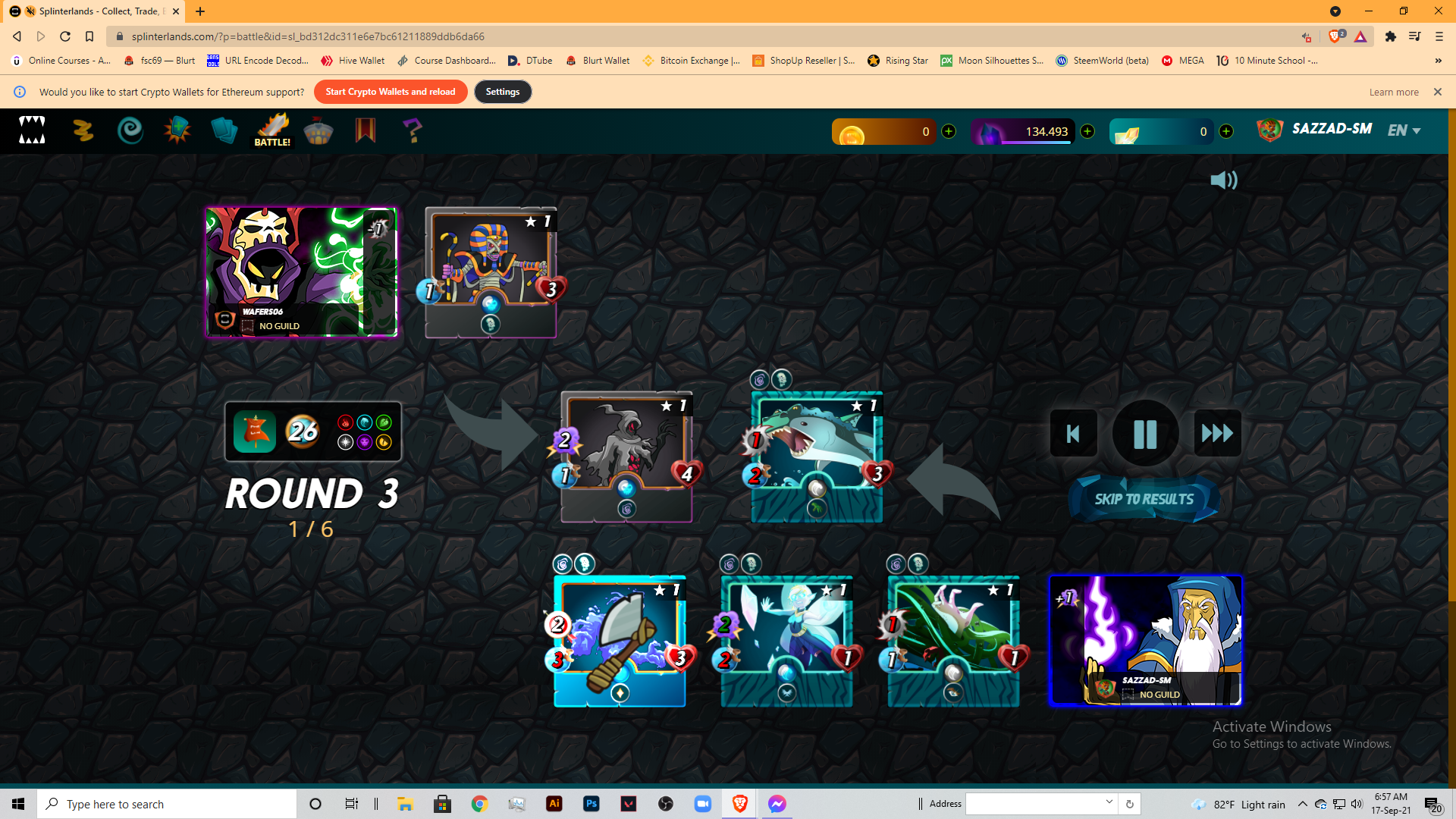 If you notice, you can see that the ICE PIXIE was standing till the end. It was possible because of the flying ability of that monster. It dodged two attacks of that Twisted Jester from the enemy's side. Only one of those hits was more than enough to finish it. Also as my opponent was using a death splinter, all my troops with the melee attacking ability were weakened. But the Ice Pixie was still strong with its increased magic attacking ability. It was indeed also a big help to my winning.

The Water Elemental also did well. And to do his its healing ability helped this monster. The good thing was it stopped the enemy monster's sneak attacks well.

So, it was all about my lineup
My strategy in this battle was to stop the enemy using my first and last strong card which will also take down the enemies with its strong blow. And when it will hold the attacks of the opponent's monsters my other monsters will take down the other cards. My strategy worked successfully and I won the match. 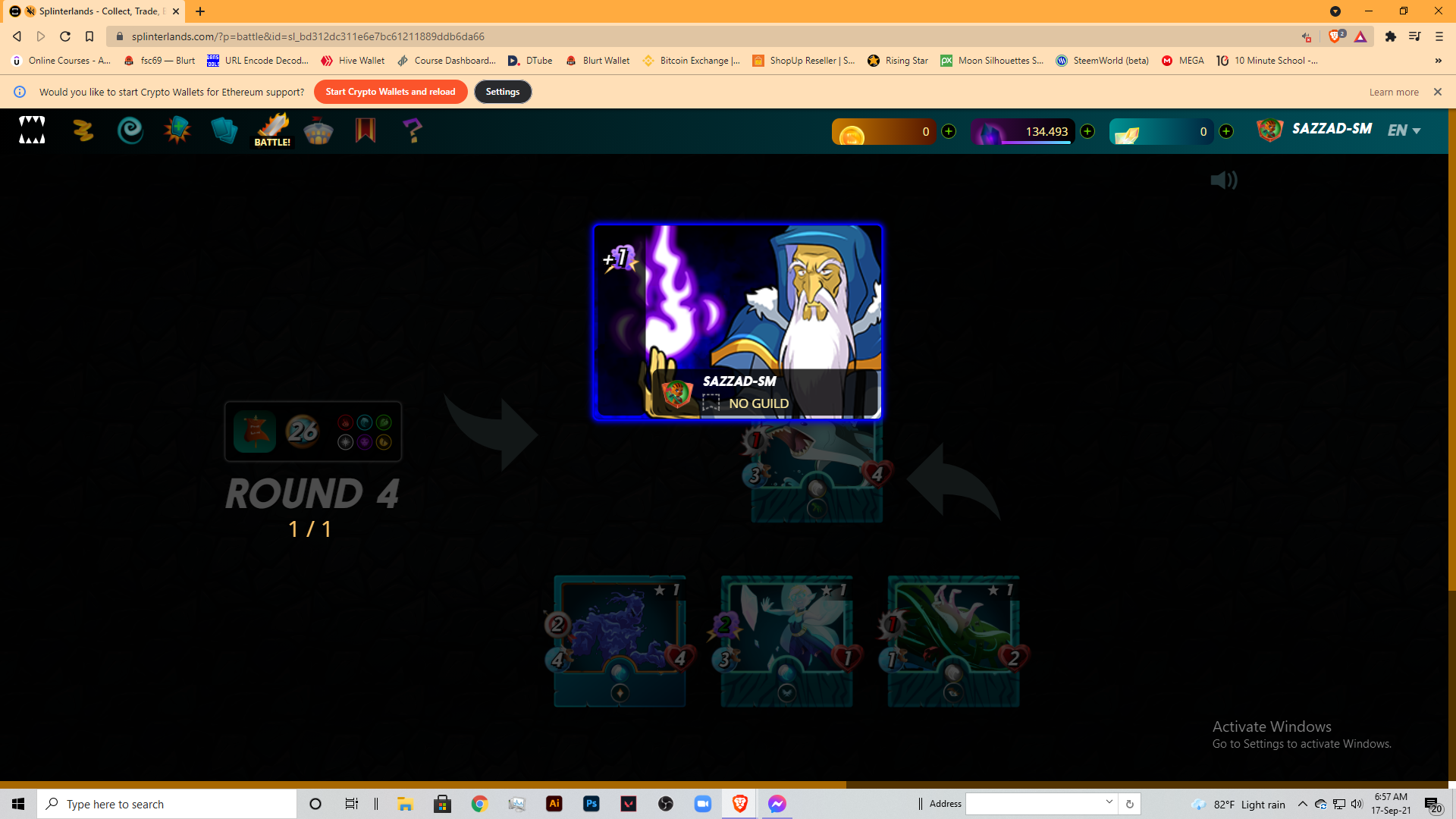 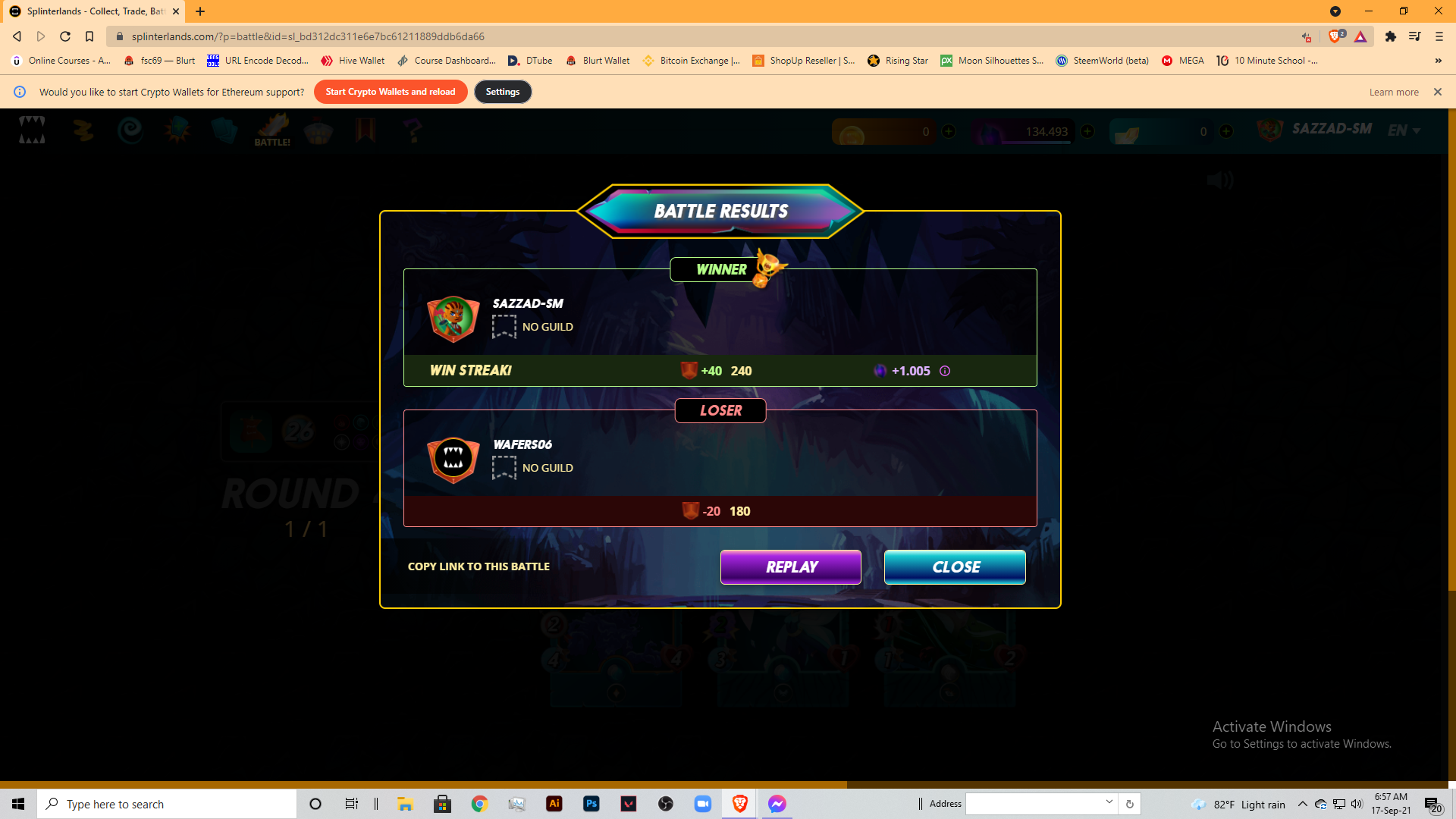