The season is running on it's end and it is the first time that it doesn't matter how high you did get in the leagues but in which league you will end the season. The alt account did sneak into Bronze II for the first time, while the mean account is probably already at it's destination, Diamond III. There is a chance that it could progress to Diamond II but time will tell! 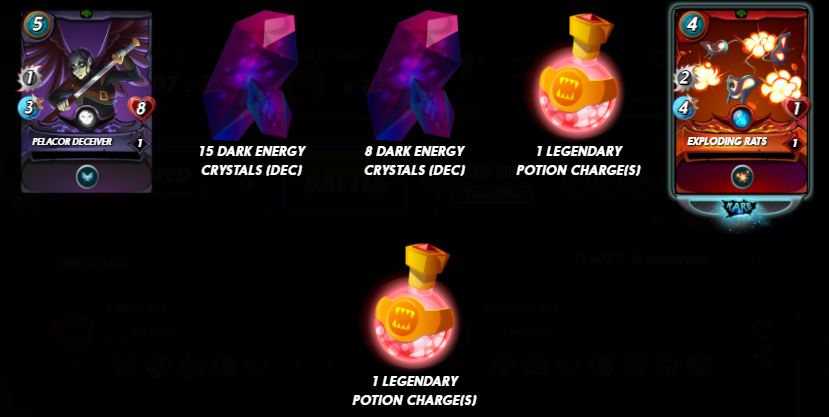 After some good reward days, the alt account is back on the normal side of things. Only 2 cards and 23 DEC. Luckily one of the cards was a rare one. So no surprise that the daily rewards are only $0.51. 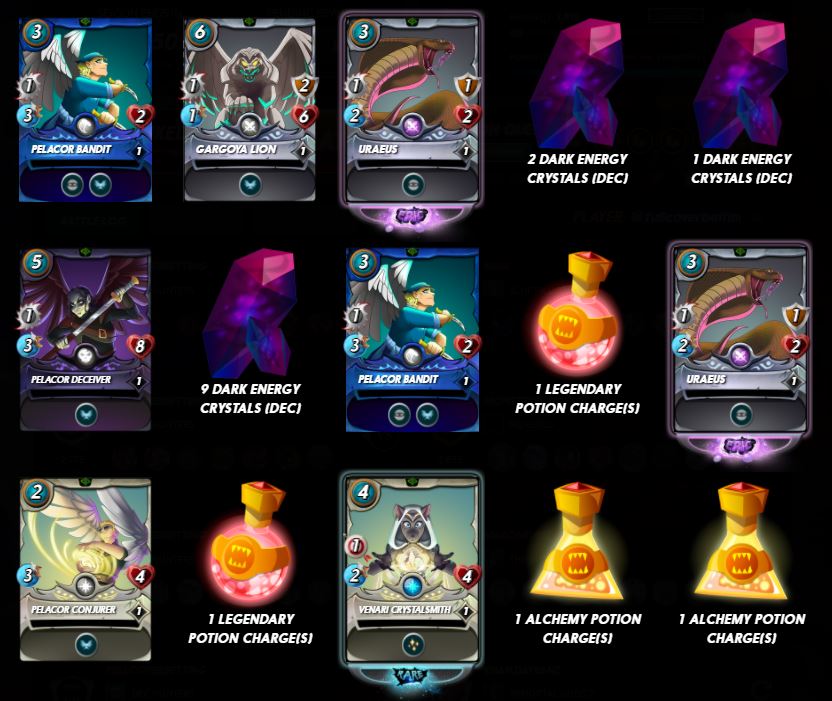 The season rewards are knocking on the $50 mark. With the season rewards close, I do expect that I will cross that border. This is the first time that I did track a complete season and to be honest I am surprised how much money can be made with playing. Of course if I would sell the cards, which I am not going to do.

The downside is that I did have to change my plans for the Chaos Legend packs. The price for one pack is higher than I did expect. Also the needed SPS staking does mean that I probably will skip the pre-sale.
The original idea of buying 300 packs has been downsized to 200. For the moment I do have for $670 credits. I will convert SPS each day for $20 extra credits. The remaining part will be staked. 2857 SPS staked. Which will probably grant me one voucher per day. Not a lot isn't it. So better to save it when I can purchase some packs with a discount.

I'm still a little confused by the presale and needed staking etc. Those vouchers will probably be worth something decent for smaller players not looking to buy any more packs.

Probably they will. Rumors are that around 3K sps staked will give you one voucher per day.
But most of us will only get fractions of it. But it can be traded on hive-engine.
Suppose that I do want to buy 200 packs, then I would need 200 vouchers if I want to buy the packs in the presale. So for that would mean that I will have to purchase them on the market.

Nice rewards, starting back at phantom cards has me in bronze. Forgot how hard that level can be.

Indeed, here the quality of play is more important than the card collection. Which makes it also fun to play! Got some great rewards today!

Hey @senstless, here is a little bit of BEER from @fullcoverbetting for you. Enjoy it!