Hello my loving Hivers and Splinterlanders,
Namaste from India. I hope you all are doing great.

So, it's another week with another 'Share your battle challenge' and another opportunity for me to share a good battle featuring the Supply Runner.

In this post, I'll share my team, strategy and the battle result with you. But first let's take a look at our star monster of this battle, the Supply Runner.
​ 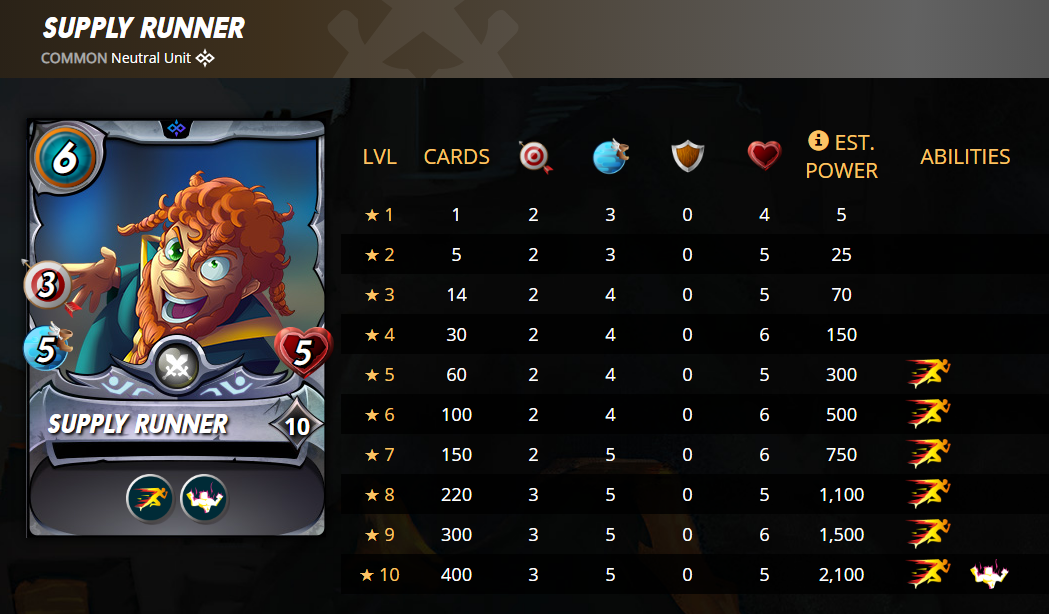 To be honest, I do not use this card frequently for obvious reason. Because the stats of this card is not so appealing.
With a mana cost of 6, it has 2 ranged attack and only 4 health. The speed is a bit good though, but not that great.
After level 5, this monster achieve a good ability, swiftness. Which gives all friendly monsters an increasing speed. And, in the highest level, it achieve another ability, strengthen, which gives all friendly monsters increased health.
Most of my summoners are level 1 and 2, and my Supply Runner is also level 1, so I can rarely use the extra abilities like swiftness or strengthen.
The best condition to use this monster is high mana close range battles.

Today I tried to play using this monster after a long time for the sake of the challenge, and gets defeated numerous times before I finally won one. 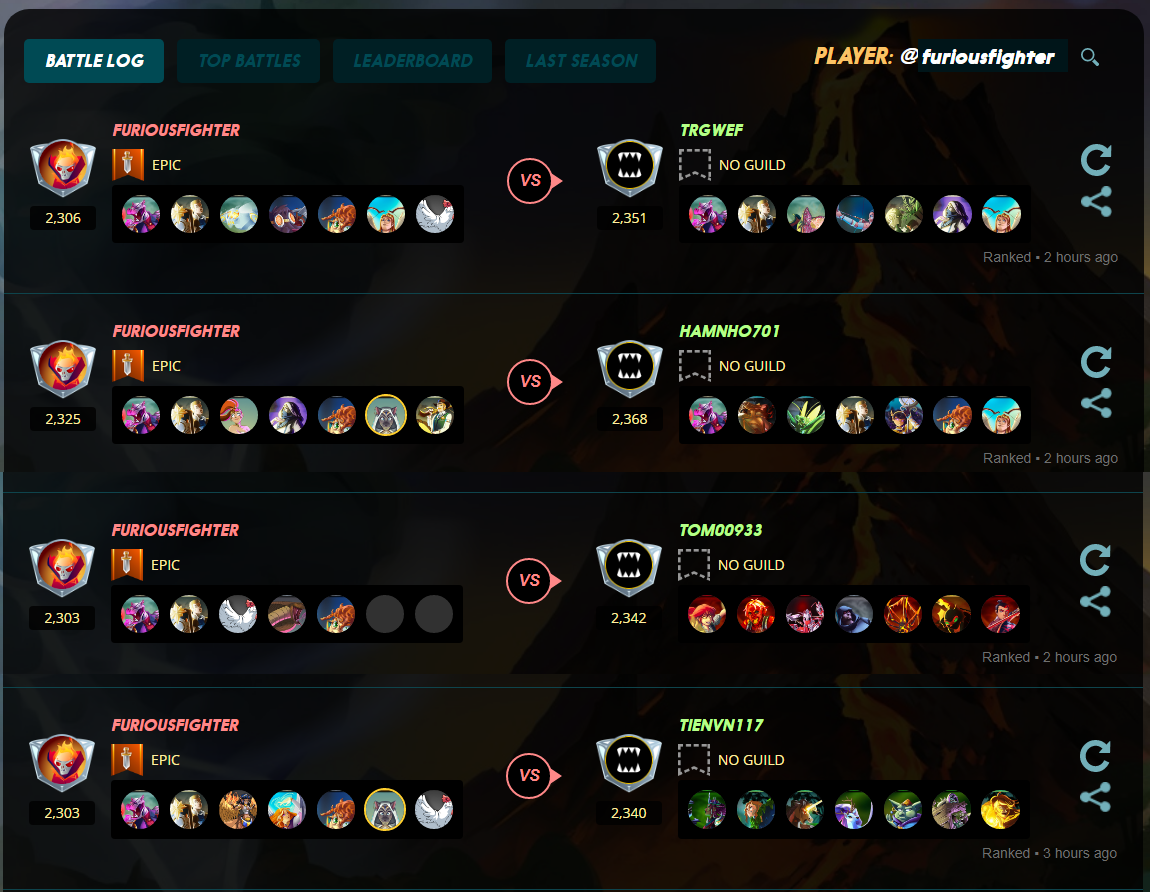 Ah finally, I got succeeded. Fifth time is the charm.

Lets talk about this battle.

Mana cap - 56
Ruleset -
Noxious Fumes: All monsters start the battle poisoned.
Unprotected: Monsters do not have any armor and do not get armor from abilities or summoner buffs.
Active Splinter - Fire, Death, Dragon

My Strategy and Team Setup-

Before I implement my strategy, first I had to predict opponent's strategy.

In this battle I have my two favorite splinters active, death and dragon.
So, I have used Camila Sungazer to reduce opponent's melee attack. In the same time, I used Djinn Chwala to thorn opponents tank (which should be a melee monster).

With noxious fumes ruleset, I had to use a monster with immunity ability and high health. So, I used Almo Cambio. The perfect monster for this scenario.

Then, I had to protect the monster from front and back side so that it can survive till the end. So, I used Harklaw. A monster with shield ability that reduce damage from melee and ranged attck.

Next I used the Dragon Jumper. With 3 melee attack and 5 speed this beast can destroy opponent's backline with its opportunity ability.

Lastly I used Scale Doctor just to increase the health of all my monsters so that they can survive an extra round or two.
I did also use Supply Runner for its 2 ranged attack and good speed.

So this is my team setup - 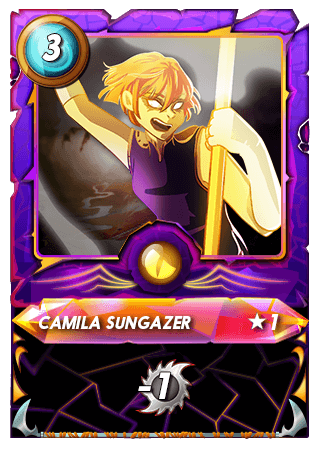 Camila Sungazer. Perfect for almost every battle with its -1 melee attack advantage to all enemy monster.

Main tank card to thorn the opponent's tank and to deal some good damage at the same time. 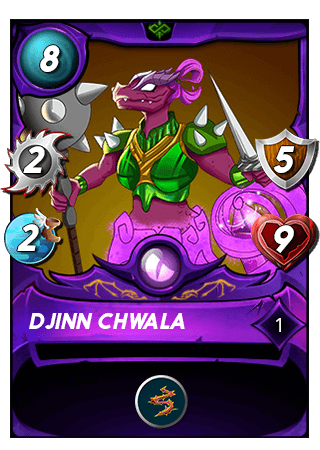 To deal some heavy damage to opponent's back-row. In the unprotected ruleset, this beast is deadly for opponent lineup. 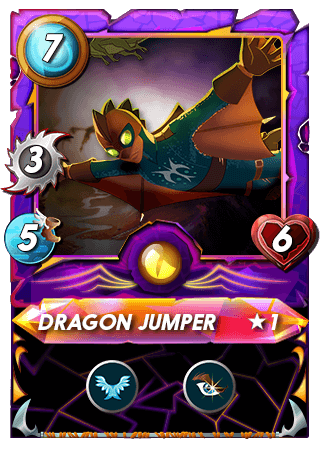 I used this to absorb some damage if opponent use any opportunity monster/s. 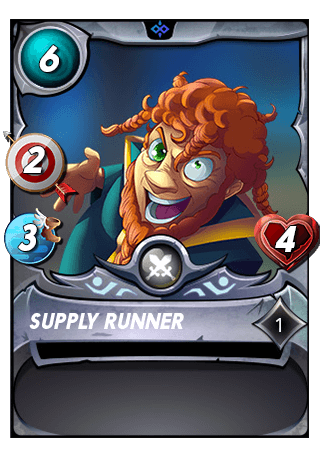 Main monster for any noxious fumes ruleset battle. Also, this is a neutral monster, so you can use it with any active splinter. 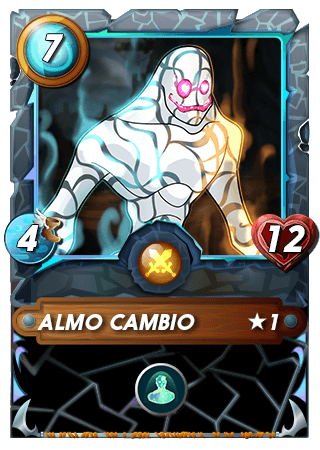 This is a very useful monster for noxious fumes ruleset. As its strengthen ability increase the health of all friendly monsters that helps to survive them longer. 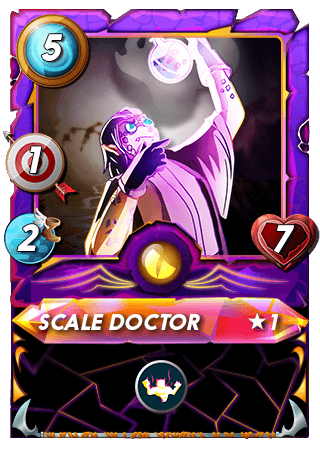 To absorb opponent's snipe attack mainly. And with 9 health it can survive for extra rounds. 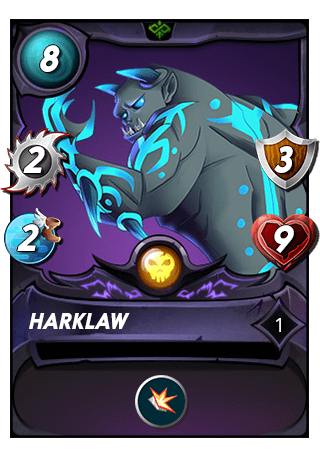 Though this battle was high (56) mana cap battle, I completed my team within 40 mana cost. 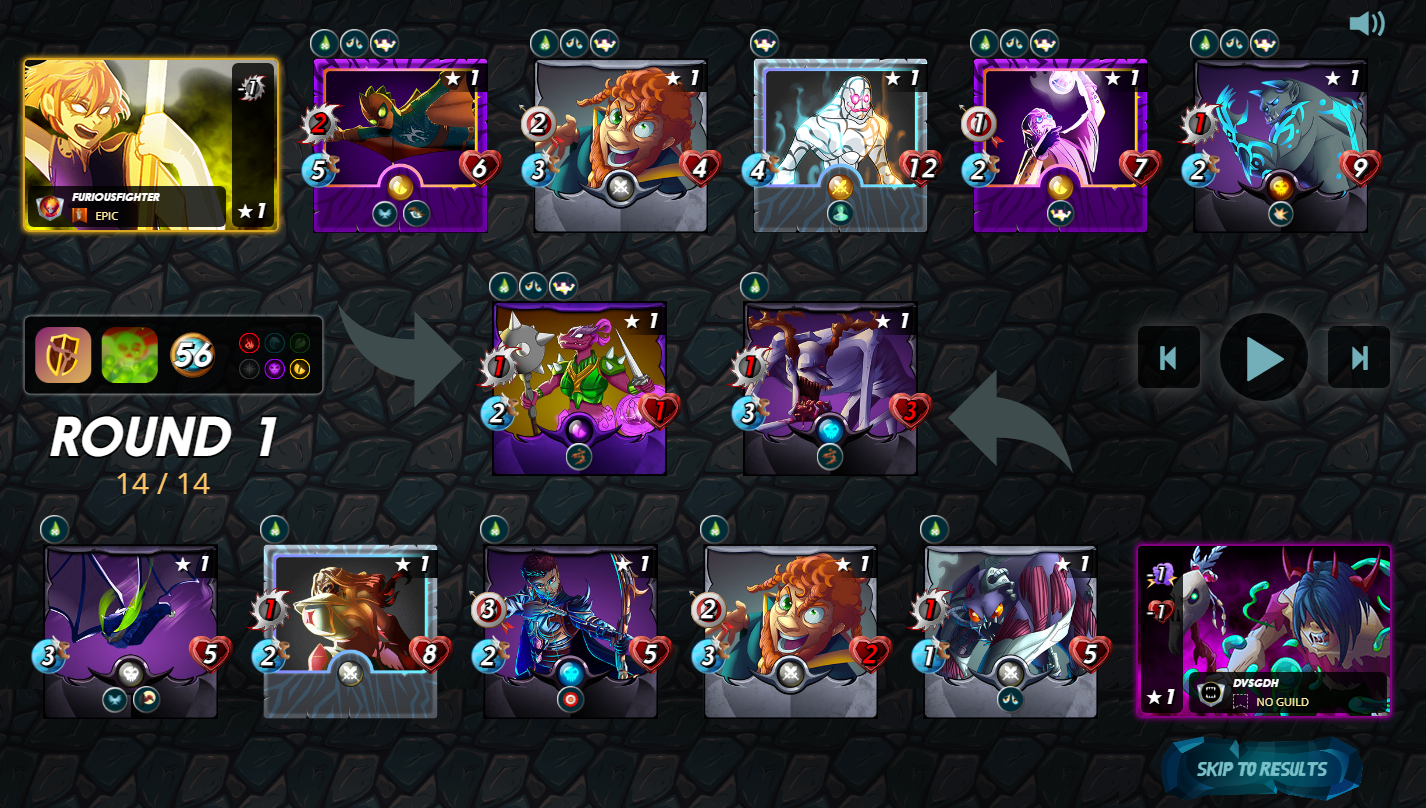 Before submitting my team, I assumed that my opponent may use fire splinter and I lined up my team in that way .
But leaving me surprised, he used death splinter.
No problem, Camila Sungazer still effective for this battle as my opponent used 3 melee attack cards. And I used a tank with thorn ability, that'll do good.
In round 1, both team did some good damage to each other's monsters. My tank did first thorn attack to opponent's tank. 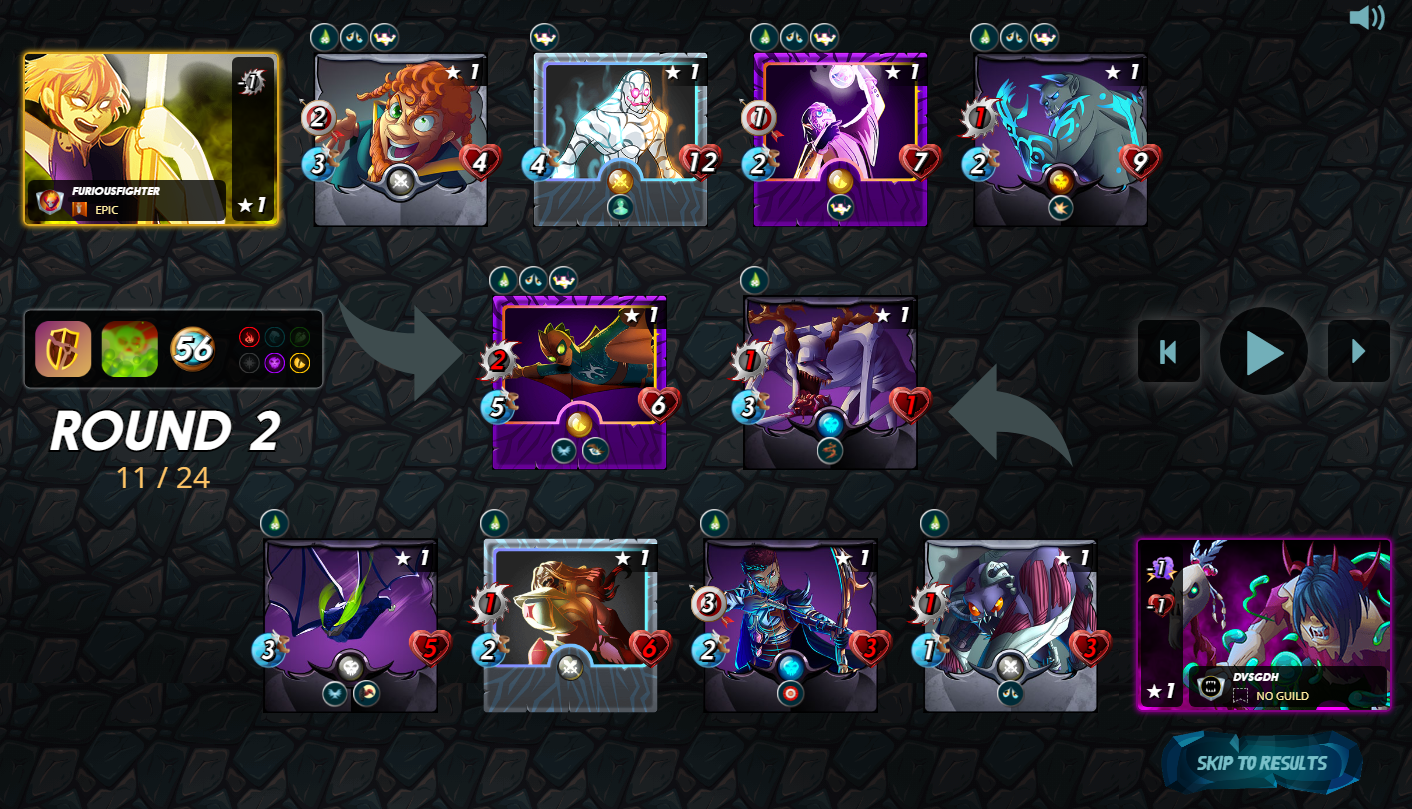 At the beginning of round 2, both the teams lost 1 monster each due to poison. And did some damage in both ends. 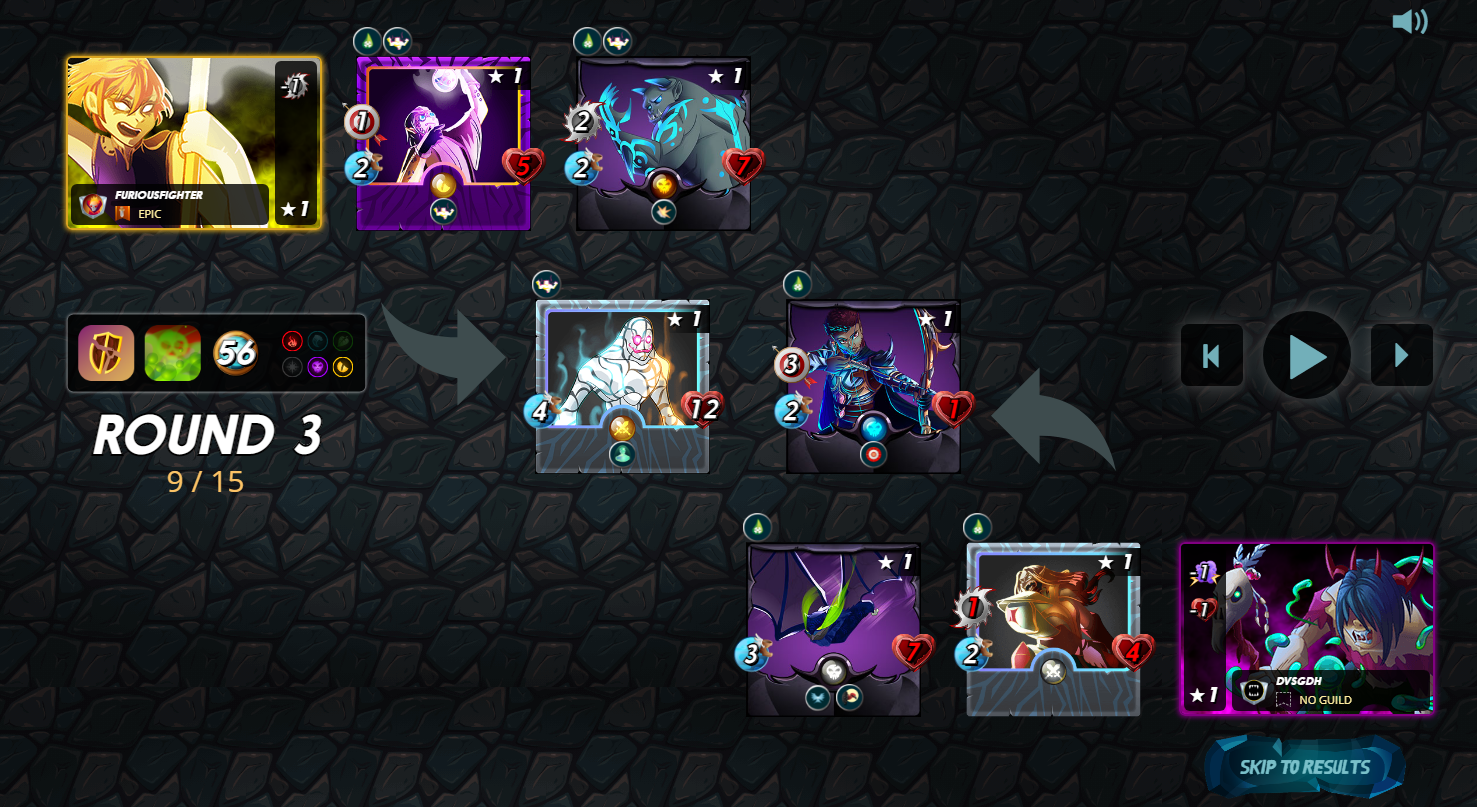 Starting round 3, opponent almost lost all his monsters while my team is still stayed strong. Thanks to Scale Doctor. 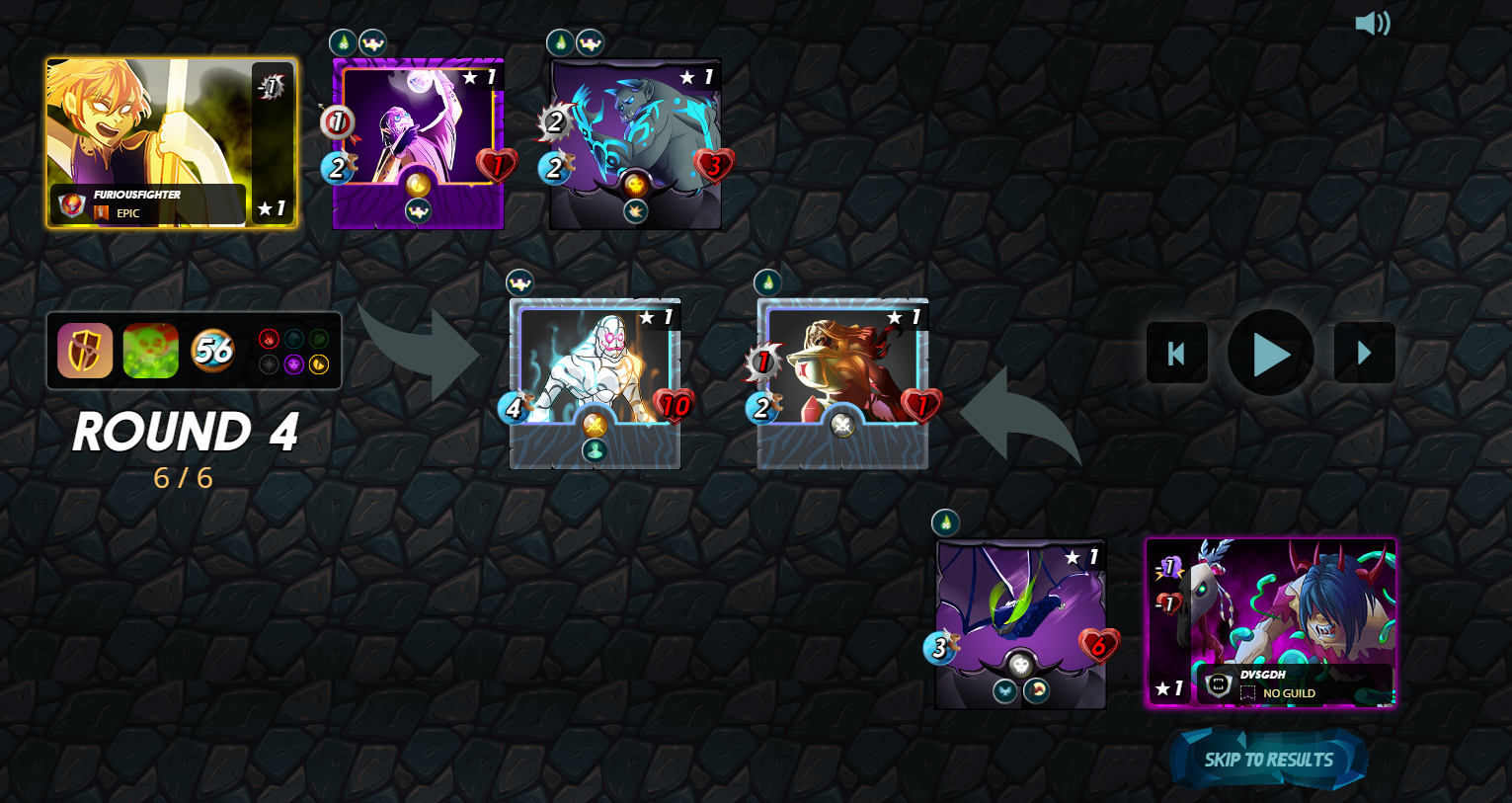 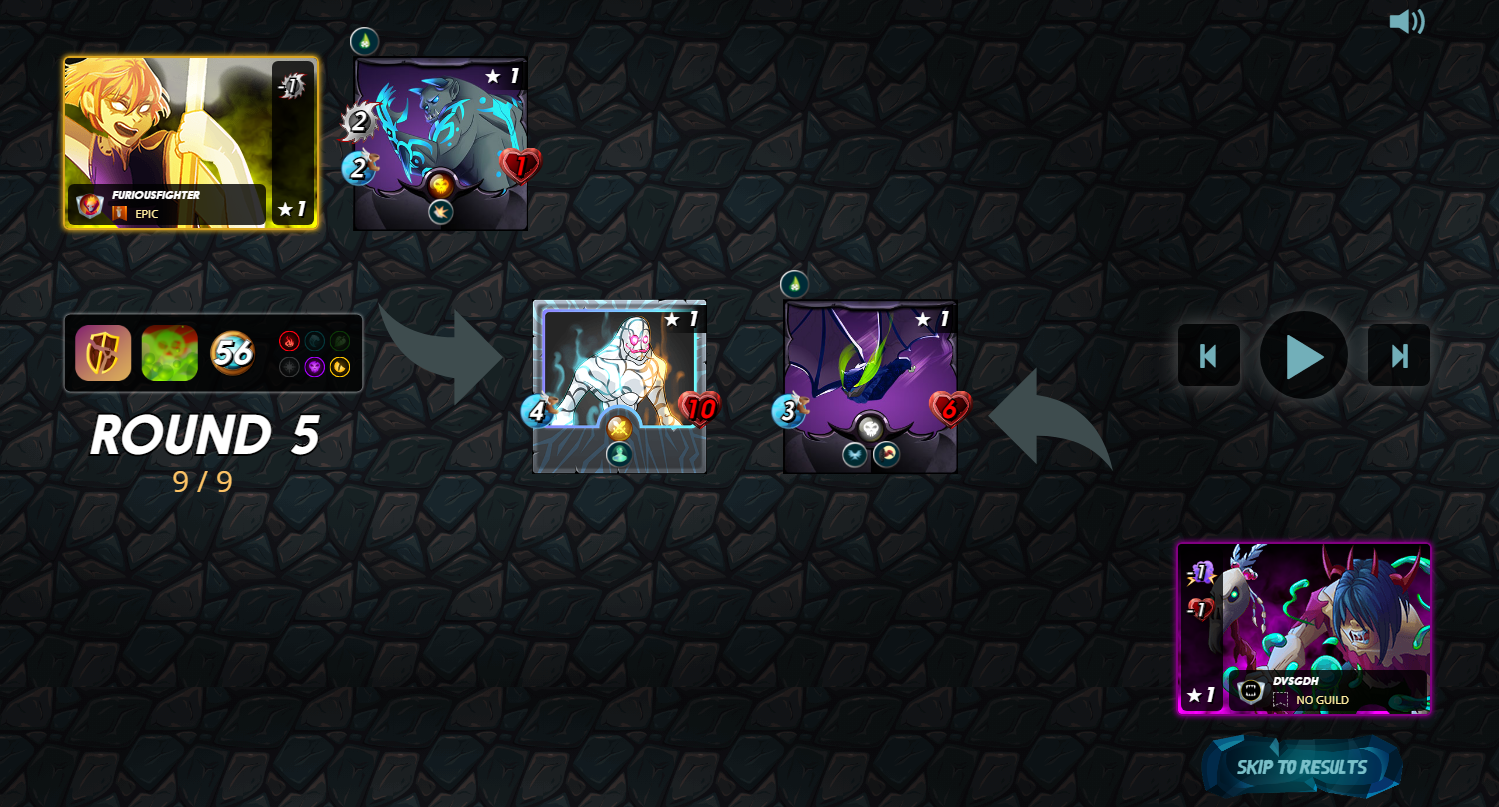 Poison effect dominates in the 5th and 6th round and destroyed majority of the monsters from both teams. But my Almo Cambio still looks strong.

In the 6 round, opponent's Riftwing survived only because of scavenging ability. But it can't do any damage to my Almo Cambio because of zero attack and no monsters left to scavenge from each team. 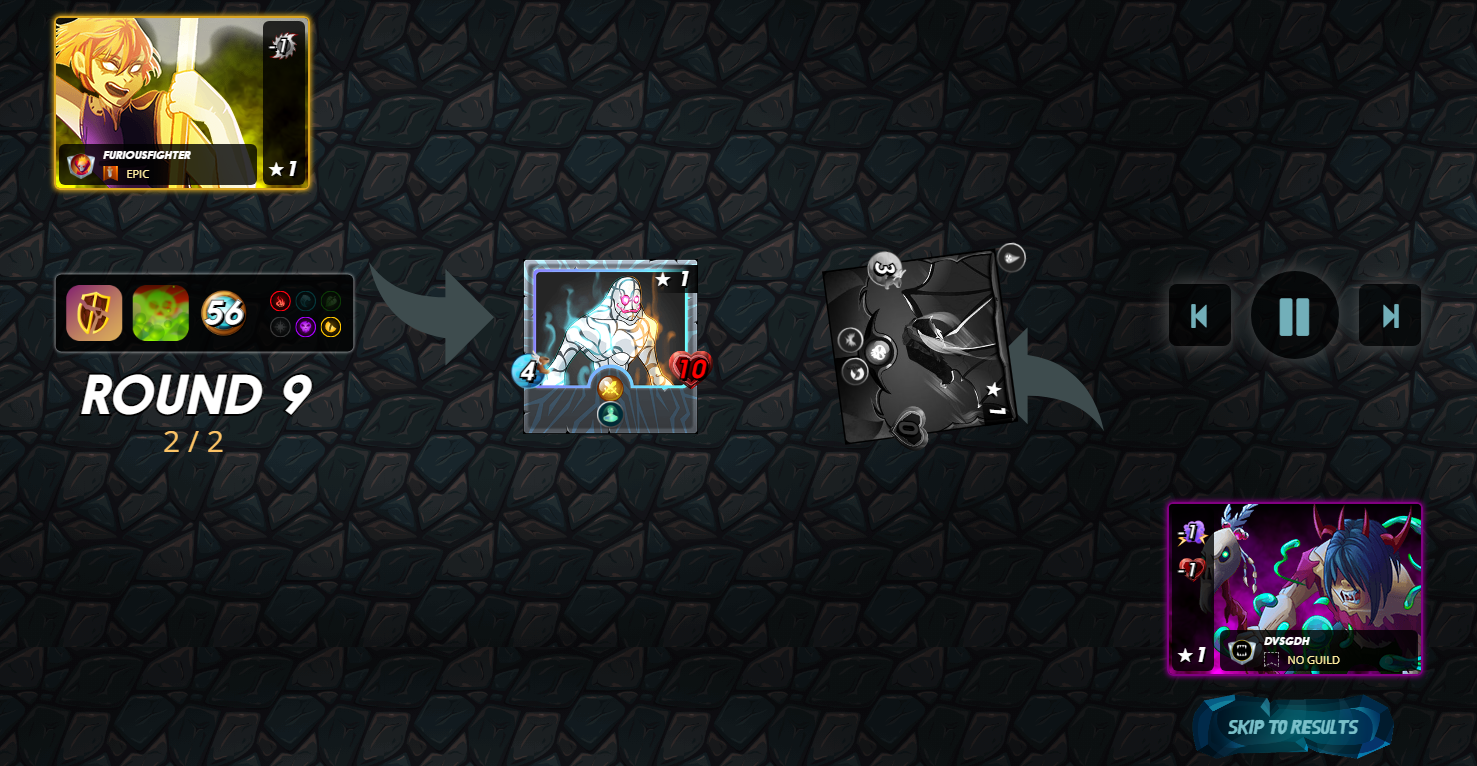 Round 7, 8 and 9 basically the same. Opponent's Riftwing got 2 poison effect each round and destroyed leaving my Almo Cambio untouched.
And we have our winner.. 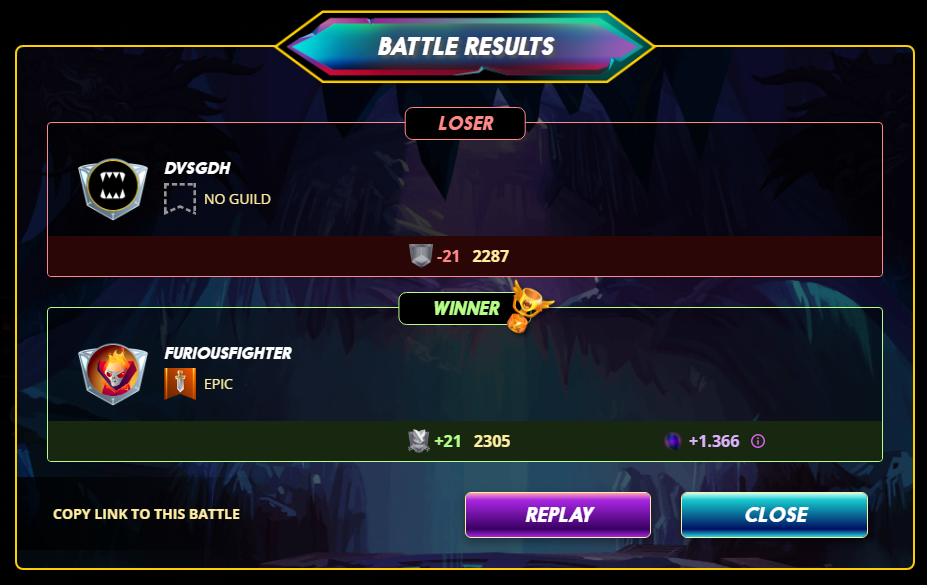 *Did your strategy work? What will you try differently next time?

*Some PROS and CONS about Supply Runner

As I said earlier, I rarely use this monster. But it has some good speed of 3 at level 1. And once it reaches level 4, its HP value get increased to 6. Which is great.
Also this neutral can be used with any splinter, specially life splinter with General Sloan as summoner.

The main CONS of this card is its high mana cost of 6. It also don't have any armor to absorb some initial damage. Just one hit from a +4 -5 melee attack monster like Sand Worm and it's gone instantly.

I just love writing about this awesome game Splinterlands.
Wanna try it out? Join here - https://splinterlands.com?ref=furiousfighter

So, that's all for today.

I'm very grateful for your love and support. Keep supporting guys. This is what encourages me to write more for you.

Congratulations @furiousfighter! You have completed the following achievement on the Hive blockchain and have been rewarded with new badge(s):

Love the thumbnail image!
Keep up the blogging

Learned from you, perfection and hard work..

Thank you for supporting me..
I appreciate it a lot..