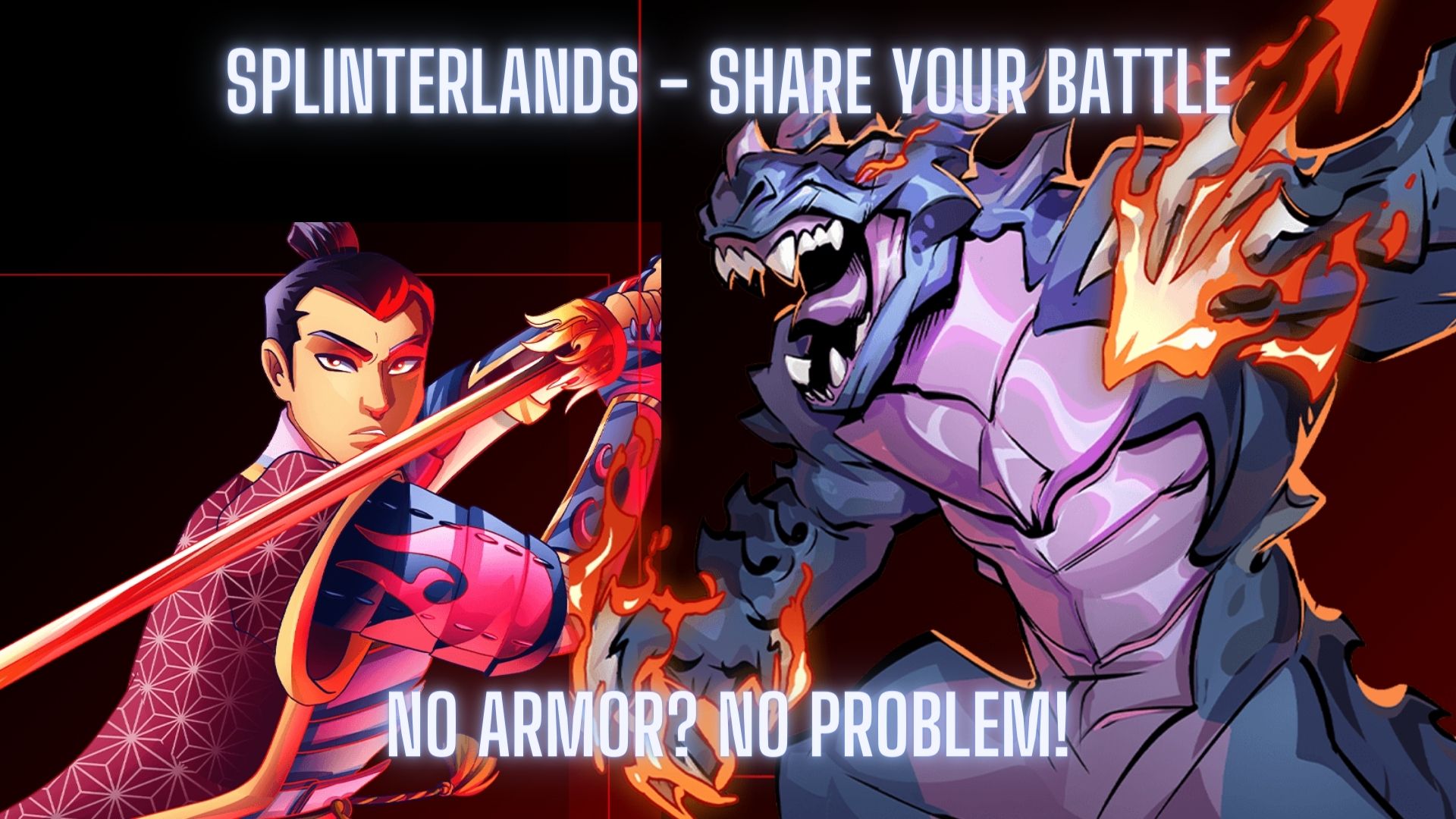 Another week, another Share Your Battle! This week the challenge is about Legionnaire Alvar. Since this is a legendary card that not everybody has (me included) I decided to highlight a different legendary that I recently got into my deck. I am talking about the deadly Mordeus. At first I was very skeptical about this card, but I fell in love with it. Not only the style and artwork of this card is just breath taking but also its performance in battles. This is why I really want to highlight some battles with this card as well as the cards that we use around him. With that being said, let’s get started!

So first things first, let’s talk about Mordeus himself. At the moment this card is worth around 8.5 USD which is not the world but is definitely not a bargain for new players. After all, you can get so many other cards with this amount of money in Splinterlands! But anyhow, let’s talk in a little bit more detail about tit. For 7 mana you are able to get a card that has 4 health and 2 speed. So why is this card even worth considering? Well, it comes with a whopping 5 attack and an additional Opportunity Ability! I think this is already pretty solid but I also think that this card’s true power comes on its highest level. Not only does this card have 7 attack there but it also comes with the Piercing Ability which would allow to basically insta-kill any kind of monster.

Well, it can do it on its regular level as well. The only prerequisite for this is that they do not have armor. And this is also exactly the reason why I want to highlight this sort of team as well. If there is no armor in the game it does not mean any problems. It just means that the player with the highest health and the highest damage will win this game! It so easy! So how do we win these battle then?

For this we already started with a solid attacker that can get up to 6 attack with Tarsa as summoner. Additionally, we now need some more great attackers. What do I mean by that? Well as Fire has mostly Melee attackers, we need some that can attack from any position. This is when the Sneak and Reach Ability comes in handy. Remember, we need lots of attack which is why I chose the following selected cards.

Frist up is a card that should not be missed in any Fire comp at the moment: Tenyii Striker! With 3 speed and a buffed 4 attack, this card is the prototype of damage dealing. On top of that it comes with 6 health which makes him even a good proxy tank. The same can be said about the Radiated Brute! Basically the same stats with the exception of speed and that it will attack only from second and first position. In total we are already having 14 damage points distributed over 4 monsters. So how do we round this team up?

Exactly with an additional 6 attack from Sand Worm! Unfortunately it only has 1 Speed but with its Sneak Ability it can destroy whole armies and because it also has a good amount of health it is rarely killed with just one hit! All in all we are now dealing 20 damage per turn! So what now? 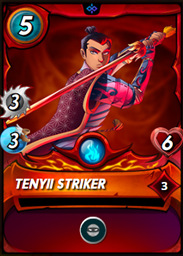 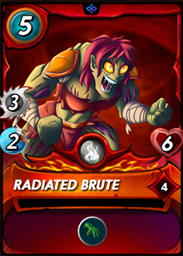 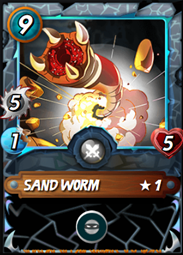 Well, most of the times we do not have any more mana left which is why we need to think about the open places in or team. I always like to build in some buffer cards just in case we need some protection from the back or some kind of Opportunity counter. This is best done with very cheap cards that do not have the highest amount of help. Cards like Scorch Fiend, Radiated Scorcher or Chaos Agent are perfect examples of how to counter Sneak or Opportunity Attacks for a low cost! 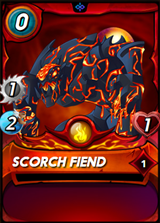 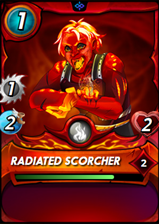 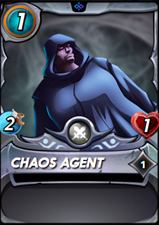 With the main strategy out of the way, we need to take a look at the two battles. In both cases we are not having armor which is the sole purpose of this article! In both battles we are facing very strong teams that would usually have a great chance of winning against us. Usually Earth is very strong against Fire, while a water comp always has the advantage with their additional armor. Well, in both cases we were able to defeat our opponent either because we were able to deal more damage or because we just had more combined health! In both battles Mordeus was a stand-out monster and really made me fall in love with this card. I will definitely use it more often from now on 😊

Published by ga38jem on
LeoFinance
On 19th January 2023

@splinterboost 59
19 days ago
This post has been given a 7.5% UpVote by the SplinterBoost Community Curation Bot.