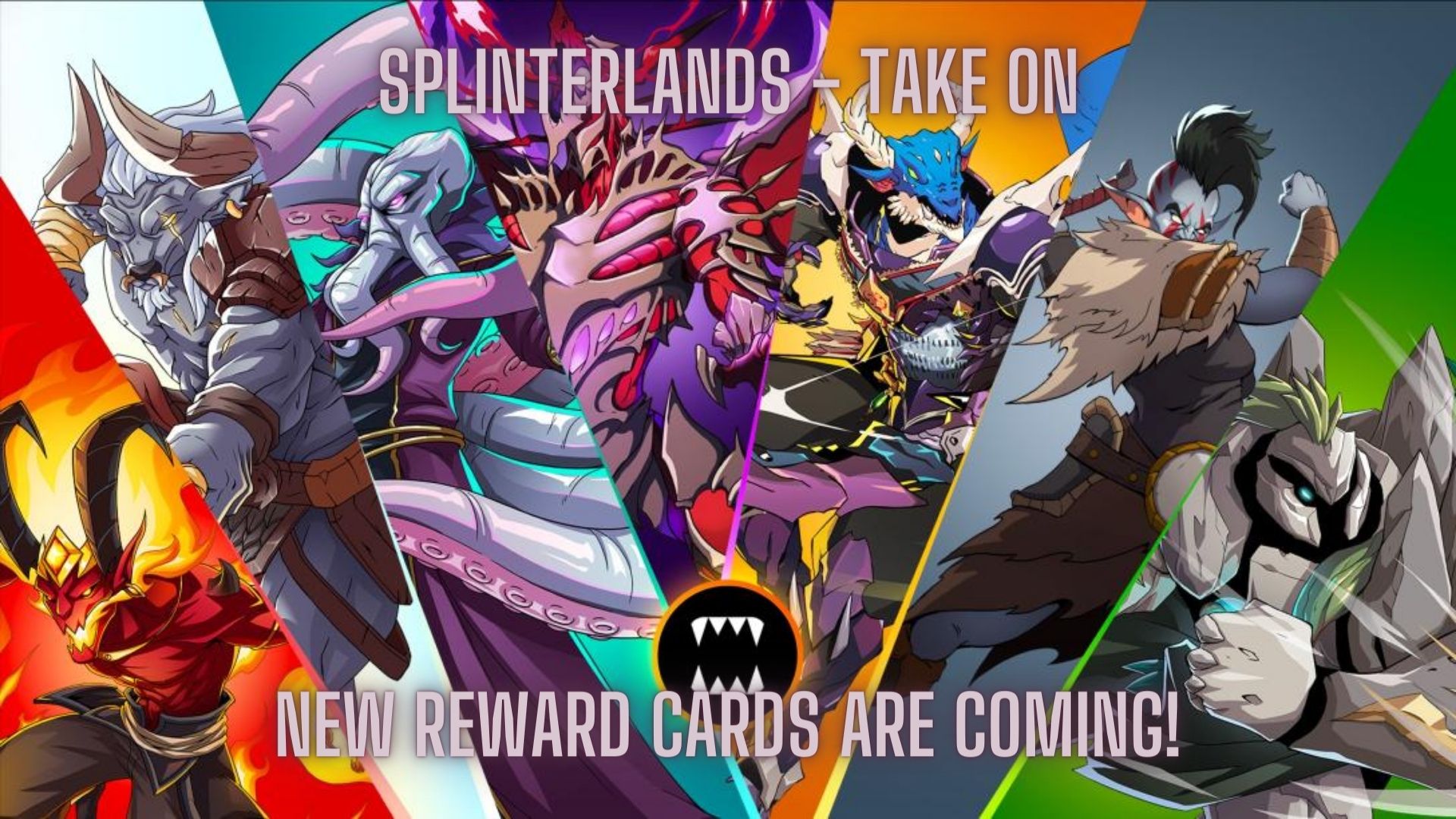 Are you new to Splinterlands and searching for some advice, then you found the correct series! In this Beginner’s Guide Series, we are discussing things that new players of Splinterlands should know or try to learn. In this specific episode we will talk about the newly anticipated reward cards as well as the new ruleset structure. On top of that, there were new Abilities announced that I can not wait to utilize and analyze in more detail! With that being said, if this article motivated you to start playing this amazing game, then feel free to join the fun over the following link:

Let’s discuss the most interesting first. There will be new reward cards! It seems like yesterday when we got our last update in the reward cards. I even remember discussing the latest released cards in one of my posts. There were some interesting cards in there and I am very excited to see what reward cards the Splinterlands team has come up with. What we know for sure is that they will be soul bound which means that we will no longer be able to sell them. Well, I think it has positives and negatives. Yes, the first thought is that we are getting less for our time, but I don’t think so. I think that there are still enough assets in the game that you can now focus on more. In fact, reward cards were a very little portion of my rewards anyways.

On top of that, you are still able to make them sellable by charging them with DEC which will increase the DEC value as well, so I am looking to this too. What I would think of is to get some great reward cards as the supply of them will get less. In fact we only have until of the season because this is when the new reward cards will get released. I am already looking forward to discuss these with you!

What we know is that they will have new Abilities as well as contain some summoners. The latter ones, I will discuss shorty, but the abilities are sounding pretty interesting. Let’s look at the general statistic first. There will be 37 monster at the 6 afore mentioned summoner cards. Within them there will be 12 legendary, 7 epic, 12 rare and 12 common cards. Some of them will have the new abilities Conscript (summoners), Martyr or Weapons Training.

While I will explain Conscript in the next section, Martyr will allow us to have a monster that once it dies, it will give +1 stats to the monsters next to it. I don’t know if there will be card with Taunt combined with that but this would sound very overpowered. The third ability would allow us to give monsters without attack some kind of attacking stats. This is actually pretty cool and allows for some neat strategies. The attacking type will probably be the same as the card having the ability so I hope it will be magic or ranged attackers since melee is hard to use from the backline without additional Abilities.

Alright, let’s get to the summoners and with them to the most hyped Ability yet. Conscript allows you to use Brawl cards! Yes you heard it right, with this ability you will be able to play one Gladiator card more than usual. This also means that you can play 2 Gladiators in the brawl. This opens so many amazing opportunities! I am already looking forward to create new strategies. Now these summoners will cost more, but in high mana battles these strategies could pay off.

On top of that I think it is a pretty cool idea to have summoners in the reward section now. This means that people that are starting out are now able to get summoners for just playing the game which means they can build up their CP and earn rewards without getting penalized for not owning every card they play. I think this is a great move towards new players. I am very curious to see how this all plays out in the long run.

So are these changes good or bad? Well, I think from a players perspective that just likes playing the game, more variations and more options is a great move. I wonder if there would be ever another game mode like Battlegrounds in Hearthstone but in general the constant development is definitely something that is great. While many people would criticize that the new reward cards are not sellable I see it more as an opportunity to gather more cards and maybe focus more on the gameplay than on making money.

While Splinterlands can definitely make you money it is defiantly wrong to play this game for this reason. I truly believe that you should play a game because it is fun and this is also the only reason why you should get into a game. In this regard, I see Splinterlands on the completely correct way. Expansions and new ideas are always welcomed and can always been taken back if not received well. With this being said, I am very curious on what’s next and how the new reward cards will look like!

Chaos Legion Cards For The Future!

Advantages Of A Guild!

Published by ga38jem on
LeoFinance
On 24th January 2023

@splinterboost 59
15 days ago
This post has been given a 15.0% UpVote by the SplinterBoost Community Curation Bot.