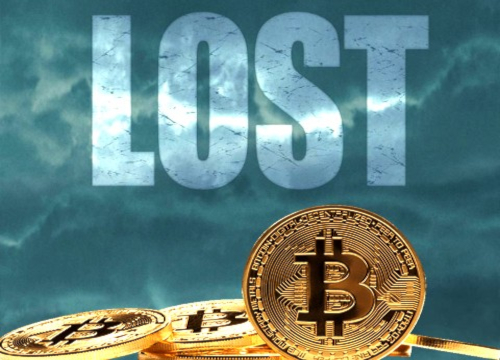 Each morning I wake up to a blurry world where no matter how much I rub my eyes, I still can’t see due the swelling in my brain. It usually takes about an hour or two for my vision to clear up, so before bed I like to load up a bunch of YouTube videos about Splinterlands, so all I have to do is press F5 and I get to listen to all the new videos by @version1, @hawks21, @infidel1258 and @bulldog1205.

Now I know it’s not investment advice, wink wink, but seriously, I’m trying to figure out what to invest in, so I can put me and Sarah on Easy Street and I have even incorporated a bit of @quickdrawchev’s videos to learn how to play Rising Star and thanks to him, I’m now on level 65.

So there I was, lying in bed, trying to ignore all the pain, that comes with each morning, by listening to the dream team of Splinterlands content, when out of nowhere Sarah so rudely interrupted the show with my breakfast.

“It’s too early!” I protested, while trying to waive the smell of stir-fried rice and prawns away, but she annoyingly put the bed-tray right next to me and if that wasn’t bad enough, she then started in, with one of those conversations that no one wants to be apart of:

I squinted down the bed to see my swollen red legs and I could just barely make out two over inflated red feet standing to attention and they kinda looked how the Michelin Man would look if he was having an allergic reaction to tires.

“Oh that’s nothing... Don’t you remember?.. I woke you up a few days ago and asked you about my feet and you said they’re fine, so there’s nothing to worry about.”

“What!? You never mentioned that your feet… that looks like heart failure or maybe kidney...” At this point I was getting so annoyed that I quickly cut her off to try to stop this conversation from getting any worse.

“You’re chest is hurting too?”

“No!... It’s all psychosomatic, you’re telling me that I’m having heart problems, so now my heart is like: ‘Oh shit, we need to be sending out pain signals!’ And now you’ve got my arm hurting too. I just need to relax, because it’s all in my head!”

“How about you take some Cod Liver Oil and I’ll go get the Cayenne pepper?”

Now I’m not sure if you guys know what she means by Cayenne pepper, because this wasn’t to go on the stir-fry, I knew that she intended to make tea out of it. Can you imagine drinking spoonfools of that shit?

Yeah, I Freudian slipped and spelled it wrong, probably because only a fool would drink fiery hell, but I was feeling so bad that agreed.

Before I knew it, I was drinking liquid lava while Sarah kept sliding an epsom salt foot bath underneath my feet, as if I wouldn't notice. I tried to fight her off, but my mouth was on fire and as you can imagine, the relaxing day that I had planned was slowly slipping away and the final nail in the coffin came when she asked about her EOS.

Alarmed by the fact that after 24 hours of making a deposit to Kraken the EOS still hadn’t arrived, I quickly grabbed my laptop to try to figure out what happened and I began squinting my way over to the Hive Engine and then I saw something very strange: The @krakenkraken account only had one entry: Sarah’s EOS.

“This makes no sense!” I blurted out while trying to squint more info from the website and then I realized that there was a button that I had never seen before: Withdrawal.

“What the fuck did I do?” I thought to myself as the memory came rushing back: I used the Transfer button instead of the Withdrawal button to send the EOS.

My heart sank as I told Sarah what happened, because it meant that years of posting to Steemit/Hive now equated to nothing.

Some time ago, Sarah lost most of her cryptos to hackers who had already taken all of her hive, and 80% of her EOS and now I had just lost what little bit she had left.

I expected her to be angry, but no, her face just dropped and I could tell that she was absolutely devastated as all the muscles in her neck slowly gave up and her head slumped down toward the floor. Then she solemnly muttered, “I’ll go make your smoothie.” before dragging her feet out of the bedroom, it was like she was too depressed to even lift them.

I wanted to try to help find a solution, but as I tried to search Hive for the owner of the account I felt a wave of exhaustion engulf me and then I lost consciousness. The next two days are a bit of a blur, I was having a really hard time trying to stay awake for more than an hour or two and somewhere in this haze, I managed to figure out who owned the @krakenkraken account, it was a guy named @broncnutz.

I kept trying to message him, but each time I passed out, face planting right into my keyboard. This went on for about 24 hours, but in the end I finally sent the guy a message and then came the long waiting process to see if @broncnutz is a hero or villain.

After looking at his account he appeared to be a good guy, but we all try to look good on the internet. I mean, just look at me, I look like an angel online, but you guys have no idea of how many times I have party fouled, ruined weddings and even disrupted air traffic. So looks can be deceiving, just look at Jerry Banfield he had us all fooled until we found out… Um… Well… You know... That thing that was in his mouth. But even he’s not really a bad guy, but seriously, I don’t think that’s vegan... it’s just… Ok, I have got to drop this subject.

After waiting a day I realized I had a reply from @broncnutz who said that he had returned all the EOS. I began brainstorming rewards: what can I do for him? And then it hit me: I have over a hundred Hive Punks, maybe I could find one in his likeness! I quickly combed through all my Punks and then I found the perfect Punk and I sent it over to him.

Now I know my eyesight is not the best, but seriously, did I nail it or what? And check out my amazing skills at giffery.

After sending the punk to @broncnutz, I began waiting for Sarah to bring up my dinner to surprise her with the news and as she entered the bedroom, I casually said, “Hey do you remember that EOS that I sent to a random account?”

“Well I found the guy who has it, his name is Broncnutz and he is funny as hell:

A bunch of vegans were freaking out on him for hunting, so in order to placate the vegans he described how many mushrooms he was going use while cooking an elk that he killed, as if he had just found the perfect elk to mushroom ratio that would calm a vegan down.

Anyways, he just sent back the EOS.”

Her face instantly lit up and she was absolutely elated, but then she began to try to ruin the moment by asking, “How’s your feet” and before I knew what was happening, I was once again drinking another glass of warm pepper spray.

Luckily my feet deflated back down to a normal size, so who knows what that was about. Although I’m still not feeling the best, so that is the reason why I have been slacking on the contests and the Punk Giveaways, but don’t worry more punks will be given out soon.

Glad to hear you managed to get that EOS back and it's good to find that your health issues haven't affected your humor and storytelling skills.

Sending you a hug from Portugal!

Thanks you for always reading and responding to these stories it really means a lot. I'm glad everything worked out too, it felt like it was a million to one odds that I would never see those coins again and in the end I made a new friend. Life's funny like that sometimes.

Thanks for the hug too :)

No matter how much I can use a break myself, I try my utmost best to keep up to date and stay in touch with my ( Hive ) favorites.

Glad you came out unscathed.
Thanks for the lesson for all of us.

Me too, it's crazy how close I came to disaster, if it wasn't for kind people and cayenne pepper, I don't know where I would be today lol

We count out blessings. 😎

lolztoken.com
I have an addiction to taking inventory at the blacksmithing shop.
We all have our vices.
Credit: reddit
@gonzo, I sent you an $LOLZ on behalf of @steem82868
Use the !LOL or !LOLZ command to share a joke and an $LOLZ. (5/10)
0
0
0.000
Reply

that is writing master class. dang. this inspired me to write prose in my peakd post again lol

Thank you so much, I'm really glad that you liked it :)

Your mind is absolutly unique and that makes you a real punk and i love it .
I have to dm you for another protocol for your health , we wouldnt want you to fly away on the moon ..because all swollen like a balloon .

I'm pretty sure that my legs were just retaining all that cayenne pepper for when I really needed it, like two humps on a spicy camel.

Ahhhhh what a great story, well except for your poor feet and the torture of the cayenne. @broncnutz is a good guy! I hope he likes the gift :D

Btw @themarkymark released a major update to the punk marketplace today, so now we can search using multiple attributes. Thanks Again :)

Thank you so much, it's crazy how life works out sometimes, one minute you're completely screwed and the next, everything works itself out and you gain a new friend. I'm kinda hoping that this is the power of optimism lol

It's really good to hear from you again, I was afraid that you might have left Hive.