Killing Mangor For Fun And Profit!

My favorite Battle Of The Day today had me once again facing my nemesis, Mangor. What made this match unique is that it was the first time I have seen Mangor with two +1 melee buffs, one from Plado Emberstorm and one from the Ferexia General. What's so special about Mangor getting a +2 melee buff? It's very simple, the first time you damage Mangor he goes from this 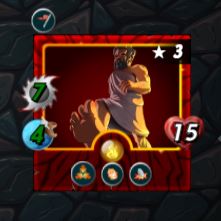 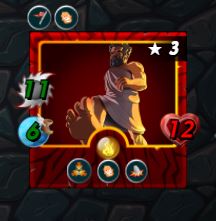 That's a lot of damage. To make it worse, he has the Trample ability too! Fortunately, I had armor to help absorb some of his attacks.

As the match got underway, my Feral Spirit quickly triggered Mangor and he immediately became Enraged. With a speed of 6 and 11 points melee damage, he was fearsome looking indeed! My Chain Golem withstood Mangor's first attack, but his armor was decimated.

As the round progressed, the other opposing monsters continued to inflict damage on Chain Golem. But my team was not idle either. Repeatedly they attacked Mangor until Chain Golem was able to land the killing blow as the round concluded. 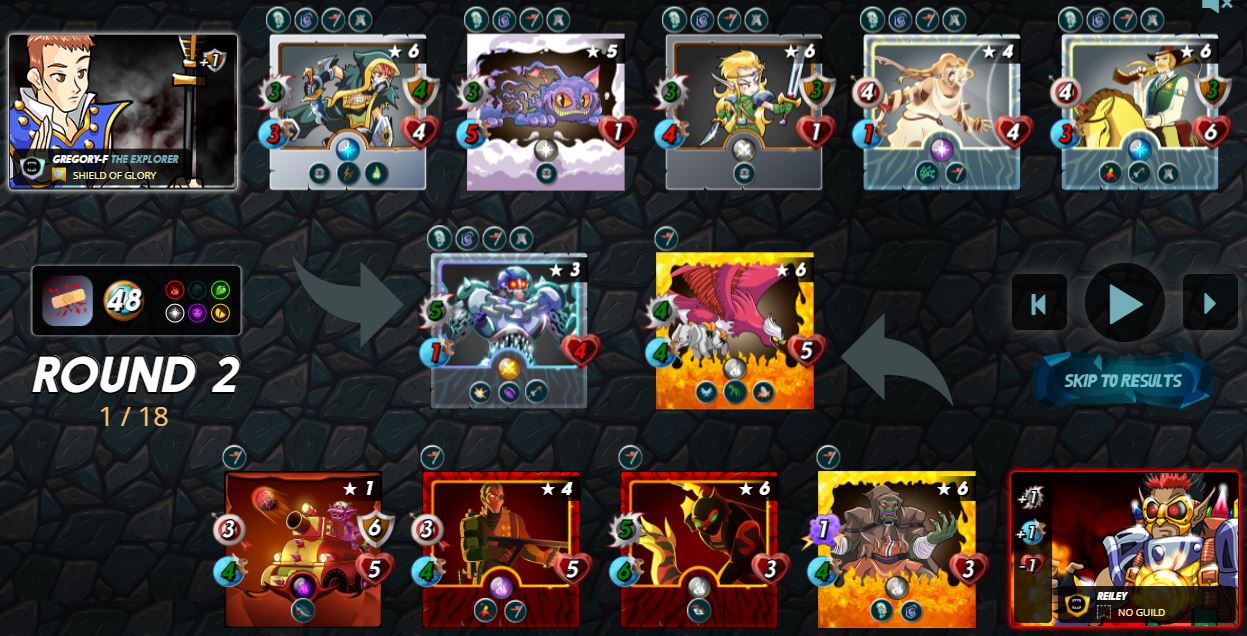 Even without Mangor, my opponent's team was still formidable. As Round 2 started, the Serpentine Spy killed my Feral Spirit, then the Giant Roc finished off my Chain Golem. But now that my monsters were free to attack their targets of choosing, my battle strategy was enacted. First my Silvershield Sheriff took out the Goblin Shamen. Next, my Silvershield Assassin killed the Giant Roc. To finish the round with a flourish, my Evangelist obliterated the Serpentine Spy! 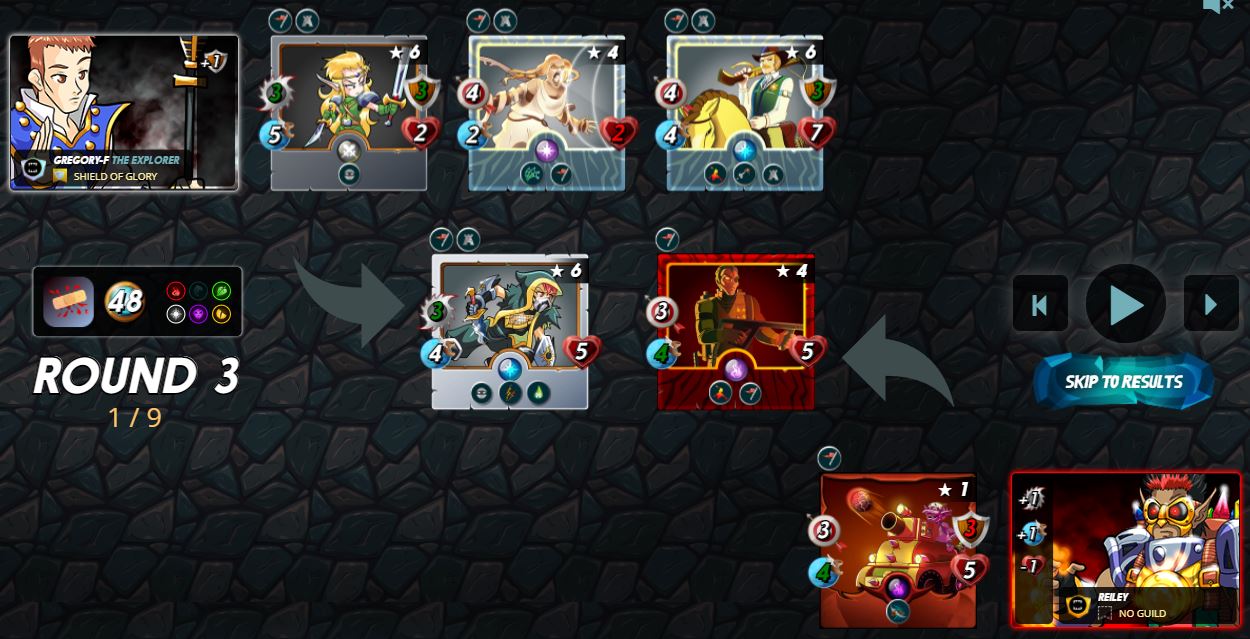 Round 3 was the last round, with only one monster available to launch an attack, my opponent's team was more target practice than threat. They didn't last long.

What a monoster it is! 15 life, seven damage and four speed, unbelievable and you will able to grab your victory in a style like as usually, have a great day.

They don't come any bigger or badder than Mangor!

Lol. I’m beginning to think only your favorite battles are the ones in which you defeat Magnor.

I’m starting to imagine you going all “Beautiful Mind” with graphs and charts of how to use his enrage against him, how to trick him into trampling into a row of thorns, how to make him sorry for that taunt ability… a life dedicated to the destruction of Magnor.

Do you wake screaming in the night from nightmares of a gargantuan foot falling down on you only to discover you’re punching your wife?

Maybe you should let this one go, !BRO.

Have some !BEER & !PIZZA and breathe.

My first few battles against Mangor ended badly. I suppose I've been scarred for life as a result. As a result, I !LUV to exact my revenge on him. Or it could be that I'm just extremely jealous that I lacked the foresight to acquire a high level Mangor when it was cheap. So as a petty little man-child I must tear down that which I covet most.

as a petty little man-child I must tear down that which I covet most.

This is my primary method of operation in life and, if I have my way, in death, as well. 🤣