I started playing Splinterlands recently and i must say i am enjoying it and spending a good chunk of my time playing this game.

One thing that i like about this game is that you need to use your mind and make a strategy to win, Sometime you come with a really good strategy and win and sometime you are not very god and you learn from your mistakes.

In this post i am share one of my battle that i played recently and used Centauri Mage which is an Earth monster with Return Fire ability. 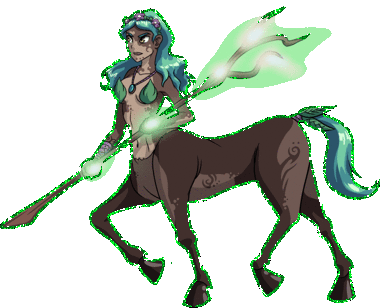 This was a 36 Mana battle with "Rise of the Commons" rule. I carefuly choose my cards and with Flesh Golem placed as my Tanka and Centauri Mage as my last monster in the lineup. Opponent choose Unicorn Mustang as tank to avoid any magic attacks.

I like earth because my summoner give Thorns Buff to all the monsters. Why i like Centauri Mage because :

No one lost any monster after 2 rounds, But the opponent had an upped hand because all of magic attacks were useless against his tank while all of his attacks were hurting my tank.

I lost my Tank after 3 rounds.

I lost another monster in next round. I only left with one monster in next round And lost the battle in next round 🙁😔

Did my strategy work? Its because the opponent used a tank which can avoid magic and we could not get pass the tank on this lineup .

Here is the link to the battle :

Here is my referral link if you have not joined this game yet:
https://splinterlands.com?ref=harpreetjanda

Thanks for stopping by.
Please up-vote and re-blog to support.