IF YOU WANT TO SUPPORT MY GAME PLEASE BUY SPACE CREDITS AT https://tribaldex.com/trade/SPACECREDZ

Hello Hive! My name is Gabriel Cortez and I am a broke 3rd year computer science student at the University of Central Florida. I am quite interested in blockchain and Hive, and like I already mentioned I am broke. Well the best way for me to become un-broke is to get a job, but unfortunately I am having issues with that because my GPA sucks and I haven't really built anything impressive. 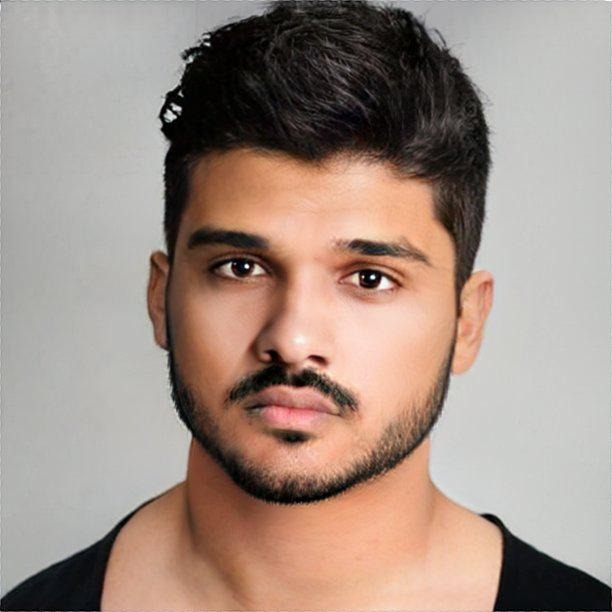 So I thought, why not tackle 2 issues at once by building a game on Hive? That way I can make a little pocket money while also having something to show to future employers.

I have already made some progress on the code and will likely release the game in the next one month. So I will go ahead and tell you the concept.

The game is called "Hive Odyssey" and it is about competing with other players to take over asteroids in space and setup mining colonies on them, which will yield resources that can be used to improve your home planet.

In the initial release of the game there will be a number of units that you can produce, including infantry and tanks. There will be 3 tiers of infantry and 3 tiers of tanks. Infantry are produced by the "barracks" building while tanks are produced by the "tank factory" building. Every day each building will produce 1 unit, with a 90% chance of a T1 unit, 9% chance of T2, and 1% of a T3 units. Owning multiple buildings will allow you to earn multiple units per day.

Every day you will get the opportunity to send units in a rocket ship to an asteroid to compete with players and try to take it over. The rocket ship will have a unit capacity and a cost to launch.

The winner of the asteroid will be determined based on a random lottery. The stronger your army is the more likely you are to win an asteroid. Once you win, you can start mining on the asteroid and sell the resources to other players.

In the future I plan to add more complex mechanics including alliances, tech trees, temporary buffs, spies (to sabotage enemies), and more. Be warned though, I might end up tinkering with ideas while writing the code so the game may have some small changes from the ideas I described here.

I am also thinking of adding a drone factory that makes drones, mega artillery that can fire into space, and I want to add a map system where players can position their units in "sectors" and fight, essentially turning this game into a grand strategy MMO.

This of course is a big vision and probably will be realized over the course of months and heavily dependent on how much money I earn from this game (if I can't pay my rent from this game then I will probably have to work somewhere else which means I can't work on it as much).

Also please not that it will be my first time making a project like this and everything is done all by myself using a minimal amount of money, so just keep that in mind if my art or front-end feels off.

Here are some art samples that I made myself to give you a sneak peek: 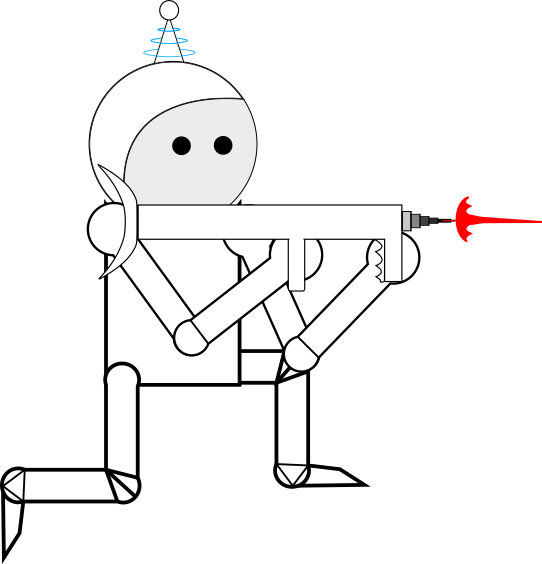 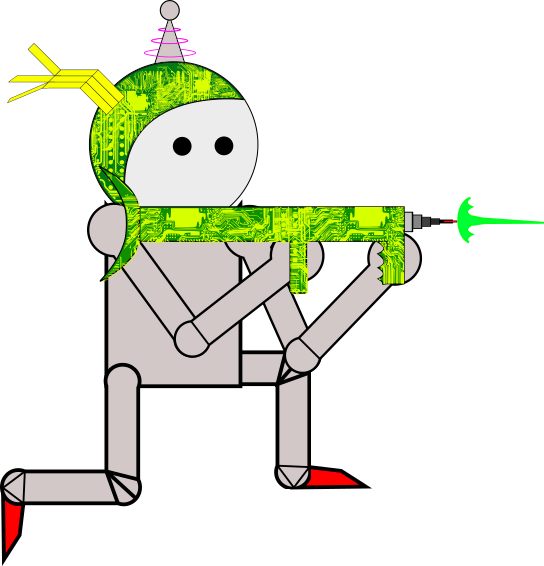 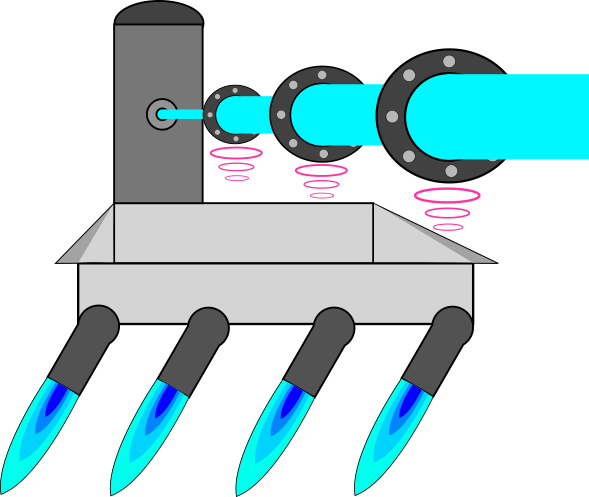 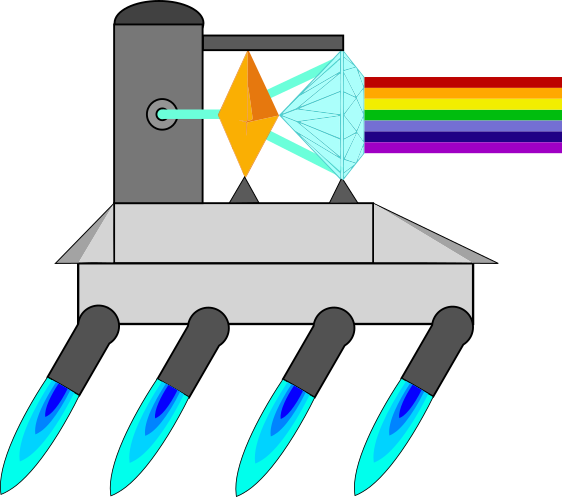 In the upcoming days I will be:

I have so many things planned but I will try my best to get you a functional alpha version of the game in the next month.

In the meanwhile you can support me by buying some of the currency of Hive Odyssey, called Space Credits or SPACECREDZ at: https://tribaldex.com/trade/SPACECREDZ

This currency will be used all throughout Hive Odyssey for upgrading things, combining/changing NFTs, buying items, etc.

I will use the money from these sales to pay the BEE fees for things like distribution, NFT, and liquidity pool contracts that I might need in the future, as well as for my living expenses while I develop this game.

I would love to see more games on Hive and I have a couple of my own ideas that I might try developing too. I'm not going to buy any of your tokens before anything is built, but I'll definitely be watching and excited to see it come together!

Hey @hiveodyssey! This is @indayclara from the @ocd team. Congratulations and welcome to Hive!

Can you share to us though how you discovered Hive or who introduced you to this platform?

Starting your journey here on Hive can be overwhelming so it's good to do your research and ask around. You can also read: How To Get A Great Start on the Hive Blockchain.

Some things to remember here on Hive:

If you have questions, you can hop into Discord server and we'll gladly answer your questions.

Congratulations @hiveodyssey! You have completed the following achievement on the Hive blockchain and have been rewarded with new badge(s):

Welcome who onboarded you? That’s nice of him or her ! Hi there ,great to meet you not on the least because you decided to join us ! Welcome to our blockchain Hive. It’s a true movement and I love that you decided to join us here. You will have fun blogging and vlogging I promise. And hive will have some great tags to blog in about your hobbies or thoughts.

But in the beginning it’s hard and new and maybe you need help. We have amazing people here and a help discord if you need it. I love blogging, been here for three years already. But always be carefull with all your passwords, Never give those up !! I speak from experience !
I use Peakd to post to Hive, but Ecency is also a possibility. It’s a website, mobile and desktop application that improves your experience on Hive. If you are interested for Android download : https://android.ecency.com, for iOS: https://ios.ecency.com, for desktop: https://desktop.ecency.com apps that helps you to connect, and that’s what we do here !
You can also earn to promote and boost your content. Again If you are interested https://ecency.com
Or join the lovely discord

And this “ steps to take blog” :
https://ecency.com/hive-125125/@beeber/ecency-help-signup-process-for

Just some extra information in this early start of your journey here! Last hive.blog is an option too.
Good luck with with hive experience and I Will See you around and may you find here what you are looking for. Just remember that all good things come in good time and never giving up is THE key to big succes on the Blockchain. Also you could join the the Terminal discord, as I said before we help there with problems or questions, for free don’t worry. Or visit @heyhaveyamet for more new arrivals, all are in the same phase that might be helpful or reassuring. Newbie exposure in the beginning very important.
Let me know if this was helpfull or if you need more help, see you in Discord
the Terminal. Here is the invite again its totally free,
https://discord.gg/XZGPGpz
Greeting from the Netherlands
@ Brittandjosie

Good luck to you as the new arrival, may hive become your new life !

And a vlog to end with :