Hey guys, hollowknightgod again and today I'll start a series called "Theory Crafting", where the main focus will be enhancing one's gameplay skills while learning about the game.

On the first episode of the series we will start a study of the divine Brighton Bloom, and here are some of our topics: 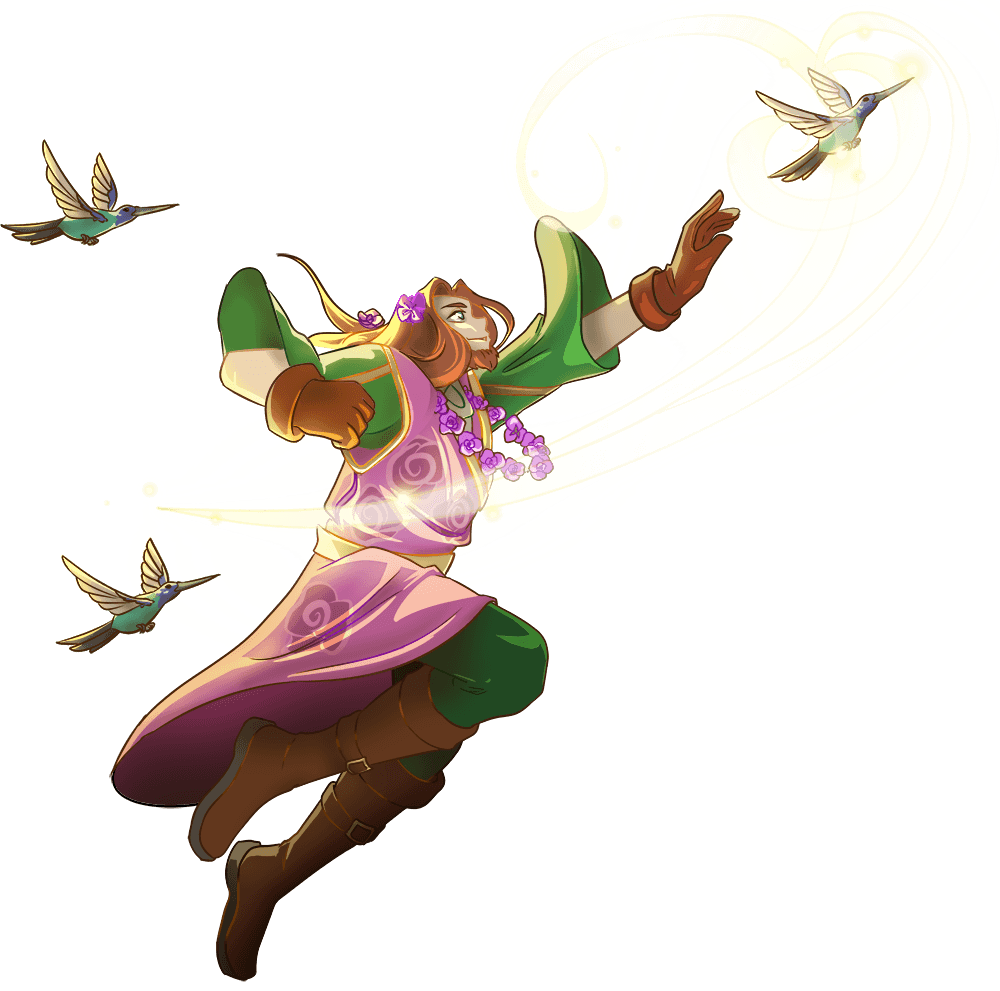 Brighton may be my favorite character in Splinterlands so far, and its beauty can only be matched by its strength, even though rarely understood. Brighton is absolutely the go-to summoner in the Earthquake rule set in lower leagues, and sometimes even in higher ones. Let's start by understanding what flying actually does.

The Nature of the Flying Ability Brighton gives all your monsters flying and in simple terms, flying give your monsters 25% chance of dodging an enemy attack if the attacker does not have flying (and if the attack is not magic). If you think about what that implies, it gets pretty unclear and complex how to really use its powerful ability because you can not always know if your opponent is going to be using many flying monsters or any at all. Particularly for me, Brighton is one of the strongest summoners in the game, and one that is very hard to use. Exploring the Earthquake rule set we'll be able to understand it a little better why that is. Earthquake: Monsters without flight ability will be hit with 2 melee damage after every round ends. Snared monsters will take 2 melee damage from earthquake per turn too.

How to Potentialize Brighton's Ability

Brighton's flying ability can certainly give you an edge against many different opponents, and in many different ways. You can use it as a device not to miss an specific monster that has flying for instance. Good examples of monsters that can very easily be killed, but are very seldom hit because of a combination of flying, dodging and high speed are: Spark Pixies and Cocatrice. Or you can use him to give your monsters the plus 25% missing chance, which is the more obvious use. Even knowing all of this, it still does not clear out how to use him for sure. I'd like to show you guys some of the rules and combos which I find Brighton to be a GOD. Attacks won't miss. Abilities like evade or flight or phase won't give any advantage. Similarly de-buff like Blind will be rendered useless.

Aim True is an absolutelly disgrace for Brighton, and it renders his ability utterly useless. Lost Magic is Brighton's favorite rule set by a huge margin. It forces the game to be played without monsters that have a 100% chance of landing their attacks giving a lot of room to Brighton to shine. Combinations of Brighton and monsters with slow abilities, dodge abilities, blind is one that I find incredibly strong with Brighton, and anything else that can give you an edge on that front is highly powerful. All Monsters get the Enrage ability. Has increased Melee attack and Speed when damaged. Values are multiplied by 1.5 and rounded up.

Spreading Fury is a rule set that is crazily ignored and Brighton Bloom makes a great duo with it. If you can find monsters that have great speed to play frontline and give them flying, you'll most likely end with a monster that can not be damaged from anything other than magic damage or the Snare (flying hard counter) ability. DO NOT trust those beautiful shine little eyes, they are downfall of our beloved Brighton Bloom. Probably the most powerful counter of Brighton is the Byzantine Kitty, and it's completly straight forward. You gain nothing with Brighton if your opponent can't miss, and the True Strike Ability from the Kitty does exactly that. You can only use Monsters and Summoners with 4 or less mana.

Little League is a rule that is quite favorable for Brighton. The cap of using only summoners and monsters with 4 mana or less allows for some good assumptions. First is that is impossible to play against Kitty, which is a win. Just as important is the fact that you can play monsters like Cocatrice with a little more ease since you have to fear magic attacks a lot less than against high mana. It is not the best usages of Brighton, but it is certainly a possible and very interesting one. Only Monsters with Melee attack may be used in battles.

Up Close and Personal gives you the very same cecrtainty that Lost Magic gives you. There won't be any magic attackers and more than that, no ranged attackers. If you check out on Splinter Cards the huge majority of flying monsters have either range or magic attacks. Brighton is a monster in such scenarios.

His hands can't hit what his eyes can't see. Thank You for Reading!