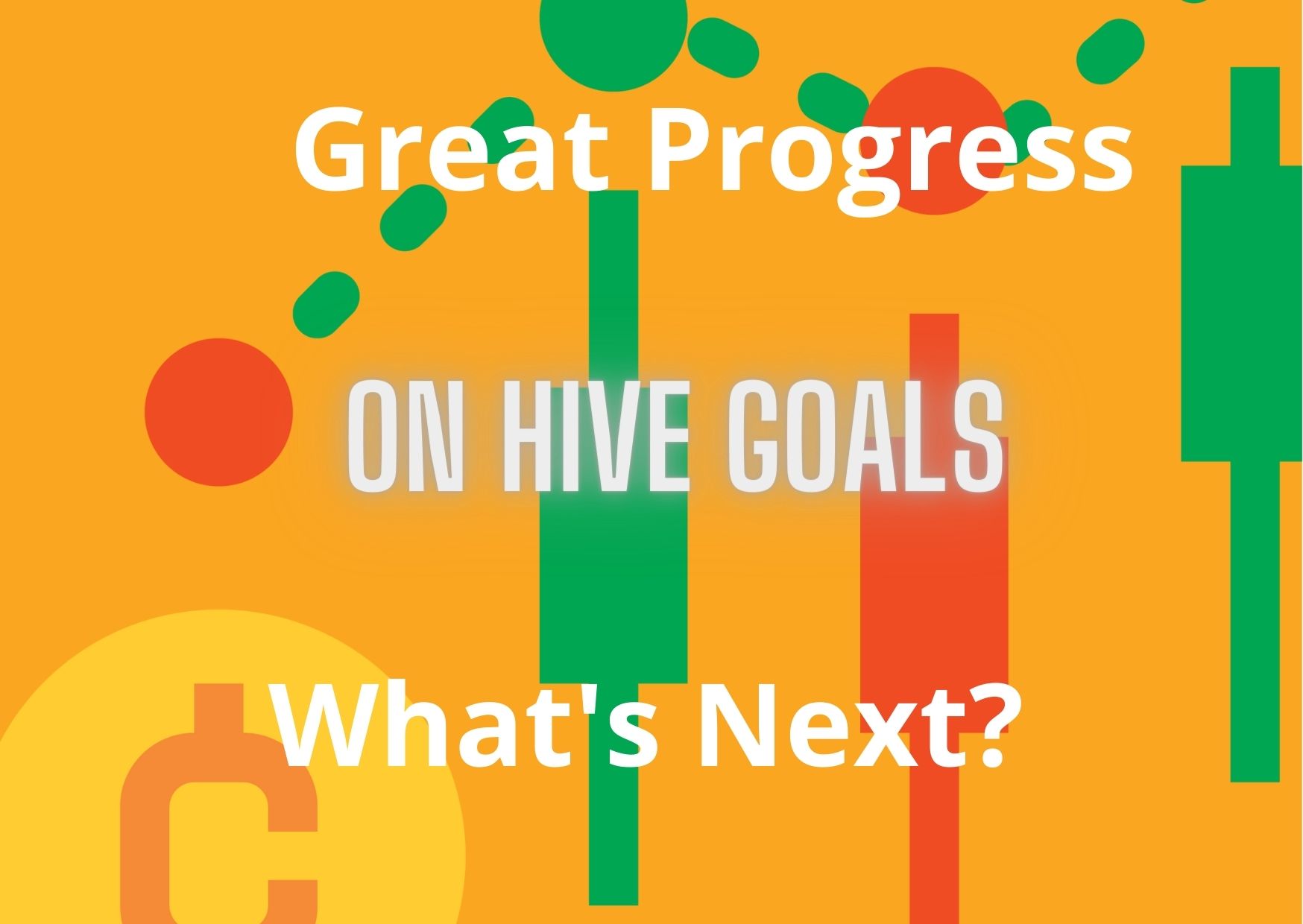 THGAMING, LEO, CENT, and PGM all have something in common. I hit goals in each today.

I just realized that outside of the accounts associated with PGM, I now have the 3rd largest owned position. It's not a shock. I knew it was high but I thought 5th or 6th maybe. Not 3rd.

The goal I hit today was to finally cross over 10k staked PGM. I've been watching that number for a while. The great thing is that I think almost 80% of it is curation and tipping rewards. I really don't think I've bought much since I picked up those first 2000 PGM when it launched.

The even cooler thing is that I'm pretty sure PGM is the same price now as it was when I bought it. That means in terms of hive, this has been a cool 5x gain. Can't beat that.

Today they started the presale on their miner token!

Honestly I'm more excited to just support the project and watch it grow than I am for the the miners themselves. The project has good potential and it pays to be early when good people are doing cool things.

So today I picked up some miners for THgaming which also came with a cool NFT plus some psyberx swag. The NFT is rumored to have magical powers and while I can't verify that, I can say future "thank you for being an early supporter" benefits have been hinted at for holders of this magical NFT. 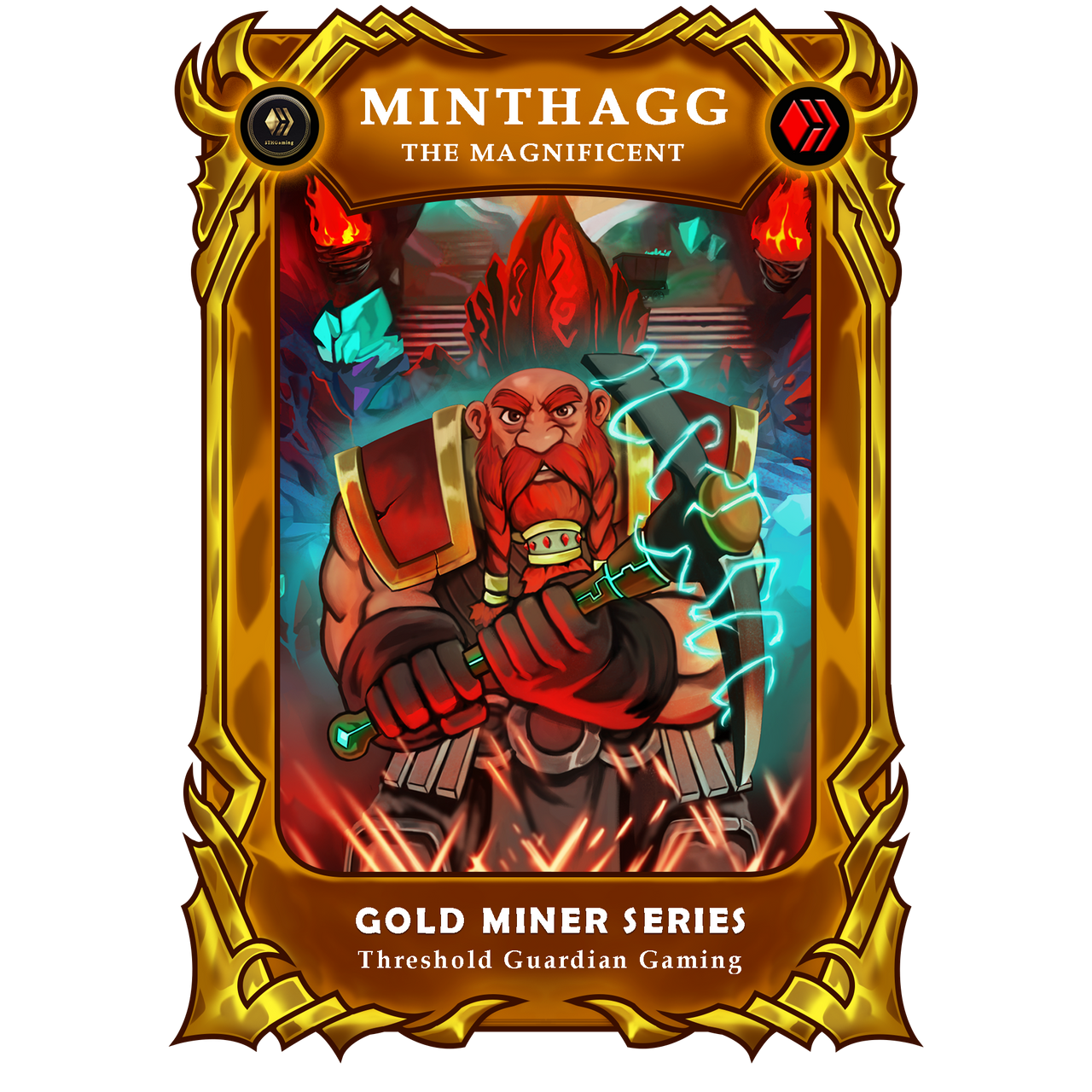 But the goal I hit today was not buying the miners but finally crossing the 75k THGaming staked mark. Of course I can't stop at a number like 75k when 100k is so close by. So it looks like I have a new goal already.

For kicks I just went and looked at the top 50 on LeoDex. I really expected to be page 3 with THGaming but it appears 75000 is enough to land me in the top 20. More motivation to push higher.

I participated in Leo Power Up Day today and added 22% to my stake. My Leo position is way smaller than I want it to be so adding 22% wasn't hard but still. I've had goals in LEO for a while that have taken a backseat to so many other things on hive. These LPUDs are very successful at getting me to actually push for those goals. I know I can't be the only one. Nice job Leo!

My ultimate goal with LEO is to get into the top 50 holders. That is not going to be easy as I am very far away but I'm going to keep trying. I'm about 3.5% of the way there. All you hive old timers have that one on lock.

I crossed over 26k cent token today. This one is important to me.

It's way underpriced as it's currently at just 4/10 of a cent. But this is opening up great opportunities with curation rewards on cent that will be especially attractive if it gains back its peg.

Cent is currently a better token for building stake through curation than hive is in terms of total return. The problem is its obviously more risky since its under half its peg and seems like it has some structural issues to be worked out.

OH! I almost forgot a big one!

Just 10 days before the SPS airdrop is ending, I finally have 100k SPS between what I have liquid, staked, and in liquidity pools. SPS is extremely exciting to me. I think they are about to change the game with this one and I can't wait to be a part of it.

Its pretty ridiculous to say but I feel like I should have set a goal to get to 500k SPS instead of 100k. I guess there's still time to stack after the airdrop though.

Well, immediately ahead I'm looking at the beta release of dCrops. I need to free up some hive for that because I want at least a few hundred packs. I slept on Alpha and don't want to do that again.

I'm hodling all the DEC I can get my hands on. DEC is almost guaranteed in the next few months to rise 75% when they stop minting it in game. I've even sold a few cards. I should have done this earlier but I love cards too much.

I'm still looking to get my LVL balance up to 2 million. I really traded my way from a few hundred thousand up to 1.5 million a few months back but the market is a bit more mature now and its very slow going. Plus I've had to liquidate a smidge for other opportunities.

I want to get to 2000 Leo on the next LPUD. Not sure if I'll be able to do it but it would be nice because it would make my full upvote worth .1 Leo. Less than that feels a bit like dust.

I'd like to grab a few more miners from THGaming.

I want to double my CENT in the next month or two but I may need to wait for DEC to make its move first.

And that's it. What goals do you have on hive? Any tokens I missed that I should be looking at?

I need to pay attention to cent. I sell the pennies I earn with it.

It's a sleeper for sure. I've ignored it until recently too.


Moses was the first person
to use Control-C as a shortcut.
Credit: marshmellowman
@imno, I sent you an $LOLZ on behalf of @holovision.cash
Use the !LOL or !LOLZ command to share a joke and an $LOLZ
(5/8)
0
0
0.000
Reply 
Why didn’t the mathematician travel?
He could never reach the city limit.
Credit: reddit
@holovision.cash, I sent you an $LOLZ on behalf of @imno
Use the !LOL or !LOLZ command to share a joke and an $LOLZ
(5/10)
0
0
0.000
Reply

I've been holding Cent token also. Which account are you delegating Cent?

Cent is a sleeper. I had it all sent over to lolz.cent to get some more lolz. I'm leaving that there but now I'm holding everything else for curation rewards.


Why are bass guitarists always safe?
Because they stay out of treble.
Credit: reddit
@brando28, I sent you an $LOLZ on behalf of @imno
Did you know that $LOLZ is a Dividend Token too? Find out more at LOLZ Defi.
(8/10)
0
0
0.000
Reply

Nice.... Thanks for the info

But what's PGM? I don't think I have heard of it before.

It now has curation rewards and they built a system so when you tip someone with it they get multiple tokens. I like it because its always trying to innovate something. Now that it's on your radar you'll probably notice it more. It's all over hive in the comments section now.

Oh wow. I think I have seen this green bot before... Only I had no idea it's related to gaming.

Now, I have been enlightened. Thanks for taking the time to explain. I appreciate it.

When you hit 100k $THGaming you'll receive the Whale Role on Discord! #streetcred

Thanks for believing in what we're doing at @THGAMING. We have a lot planned for 2022 🚀

@thepimpdistrict 41
3 months ago
You must be killin' it out here!
@jim-crypto just slapped you with 1.000 PIMP, @imno.
You earned 1.000 PIMP for the strong hand.
They're getting a workout and slapped 1/1 possible people today.


What is a golfer's favorite type of cheese?
Par-mesean
Credit: reddit
@imno, I sent you an $LOLZ on behalf of @jim-crypto
Did you know that $LOLZ is a Dividend Token too? Find out more at LOLZ Defi.
(1/8)
0
0
0.000
Reply 
An atom walks into a bar and says I think I lost an electron in here
Bartender: Are you positive?
Credit: theabsolute
@jim-crypto, I sent you an $LOLZ on behalf of @imno
Farm LOLZ tokens when you Delegate Hive or Hive Tokens.
(2/10)
0
0
0.000
Reply

Great work supporting so many Hive Tribes. Some AMAZING platforms on your list!

@thepimpdistrict 41
3 months ago
You must be killin' it out here!
@thgaming just slapped you with 1.000 PIMP, @imno.
You earned 1.000 PIMP for the strong hand.
They're getting a workout and slapped 1/2 possible people today.


Comic Sans walks into a pub
The bartender shouts Geto out of my pub! We don’t serve your type!
Credit: ifiwasfrank
@imno, I sent you an $LOLZ on behalf of @thgaming
Release your inner Rock Star with Rising Star! The best #play2earn game on Hive! Play for Free!
(1/10)
0
0
0.000
Reply

Thanks! There's a lot of great stuff to support on here for sure. Maybe one day I'll add to these projects with my own.

My previous goal was to purchase an item that I could use in the real world utilizing Hive as the currency. Now that I've succeeded with that my current goal is to invest, stake, and further explore my ventures into Hive!

Thank you for sharing your current standing with the different tokens on Hive, It's given me a better understand of what I need to look for on the Hive Blockchain. Good luck!